Jens Marquardt: “We made BMW Motorsport history this year.”

Home » Jens Marquardt: “We made BMW Motorsport history this year.” 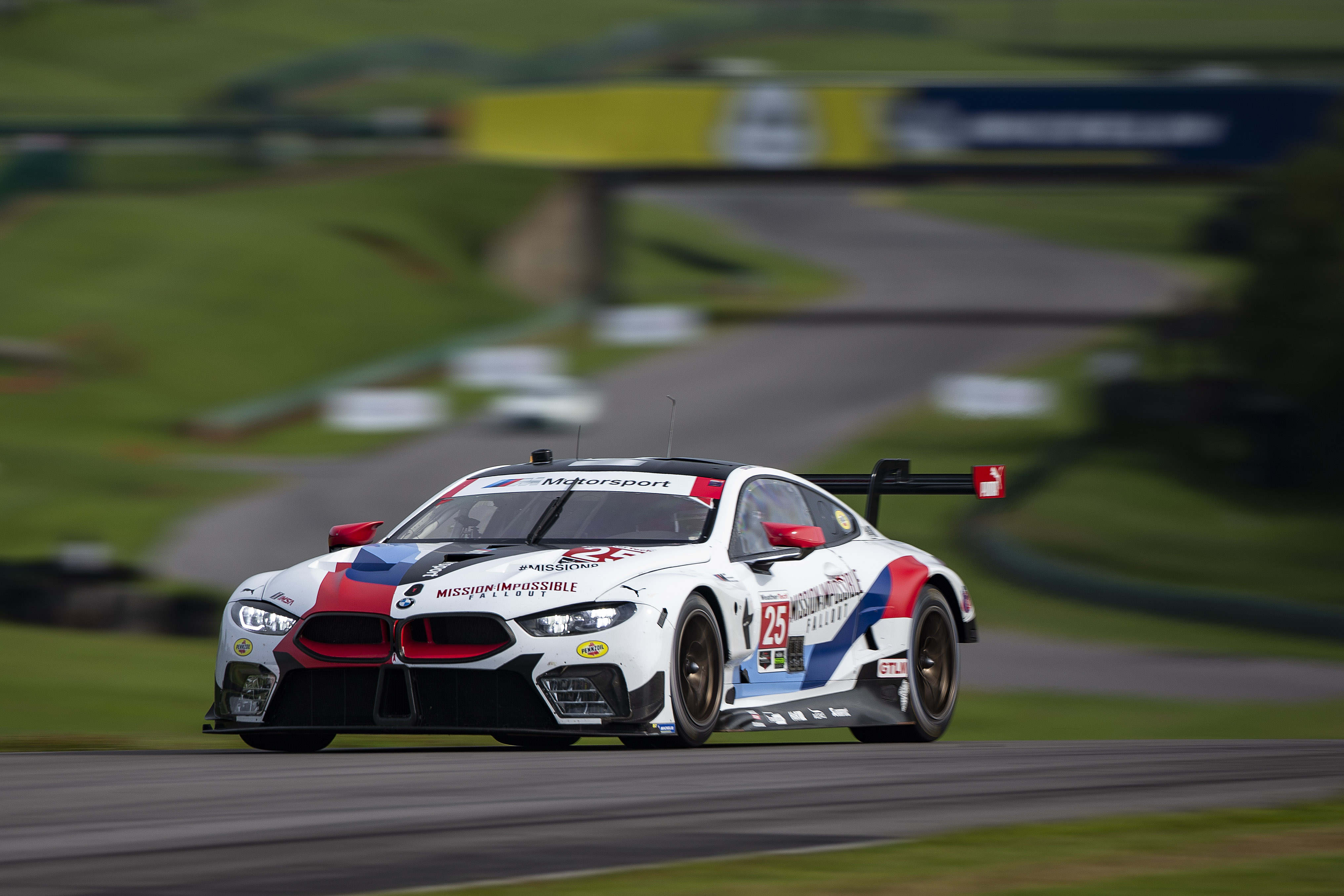 There is no longer any such thing as a winter break in modern motor racing – not if you have such an exciting portfolio of activity as BMW Motorsport. In the ABB FIA Formula E Championship, BMW i Andretti Motorsport celebrated a thrilling debut with victory in Ad Diriyah (KSA) in mid-December, while the first highlights of the BMW M Motorsport programme are already scheduled for the new year. In this interview, BMW Motorsport Director Jens Marquardt reviews 2018 and looks forward to the new season to explain why BMW i Motorsport and BMW M Motorsport are a perfect match. 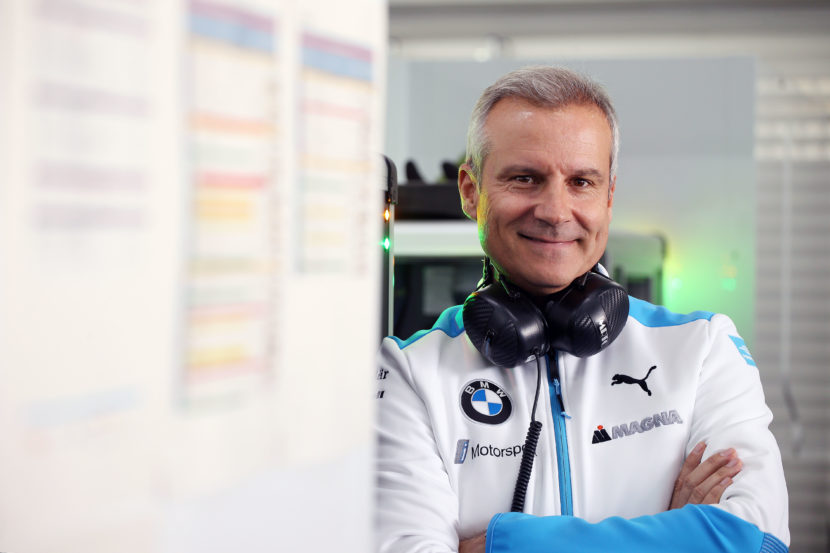 Mr. Marquardt, an eventful year of motorsport with many highlights for BMW is coming to an end. Which were the most memorable moments for you?

Jens Marquardt: “There are plenty to choose from, as it was an intensive 2018 season for BMW Motorsport, with a comprehensive programme from the very first race. Of course, I particularly like to look back at the big wins – such as the one-two result for the BMW M6 GT3 at the Spa-Francorchamps 24-hour race, the first triumph for the BMW M8 GTE in the US, winning the FIA GT World Cup in Macau or Timo Glock’s DTM victory at Hockenheim after his epic duel with Gary Paffett. António Félix da Costa’s win in our very first Formula E race stands out in particular. BMW is just starting to race with fully-electric cars, and we won at the first attempt. Thus, we made BMW Motorsport history this year. Of course, the DTM guest appearance by Alex Zanardi and our return to the 24 Hours of Le Mans were very special too. In short, we experienced a host of great moments in 2018, for BMW i Motorsport and also for BMW M Motorsport.”
Your memories of the Formula E season-opener will be especially vivid. What was your experience of this weekend?

Marquardt: “The first competitive appearance with a new race car like the BMW iFE.18 is always particularly exciting, even more so when you consider that our Formula E debut was a historic event. This is our first season in electric motor racing. It also marks our return to single-seater racing after an absence of nearly ten years. We already had a good feeling after the tests. We hoped that our BMW i drivetrain would be competitive right from the start and the season-opener in Ad Diriyah showed just that. António Félix da Costa clinched pole position and then victory in the very first Formula E race for BMW i Andretti Motorsport. That was the perfect way to round off our 2018 season and the perfect start to our Formula E project.”

What does this success mean to you?

Marquardt: “I am particularly proud of this – and of the whole team behind it. I know just how much passion and dedication everyone involved has put into this project. Compared to other manufacturers, the Formula E involvement is organised differently at BMW. The Formula E project saw the closest collaboration ever between BMW developers from motor racing and from production. The ideas just keep flowing in our ‘TechLab’. What makes it even more special is that the same people who developed the e-components for the Racing eDrive01 drivetrain are also working on the electric drives of the future for the BMW Group. The result is an extremely efficient, high-performance BMW i drivetrain, which – as we saw in the first race – is good enough to win from the word go. On the track, we have also shown that BMW is one of the world’s leading manufacturers in terms of electromobility. This success gives a great boost to our series and motor racing developers. Now we want to continue in this vein.”

Marquardt: “Correct. The BMW M8 GTE also completed its first race in 2018. The appearance at the 24 Hours of Le Mans, where we were certainly competitive in terms of speed until around the halfway point, was the absolute highlight. That was also the location for the official presentation of the new BMW 8 Series Coupe. That model and the BMW M8 benefit from the on-track experience collected during development of the BMW M8 GTE, and during competitive racing. As the year progressed, we also recorded the first wins for our top model in GT racing, in the IMSA series. In customer racing, the BMW M4 GT4 also celebrated its debut with our customer teams and drivers. Its track record in the first year was simply sensational. The new car celebrated wins and titles all over the world. It really hit the mark.”

And in the DTM?

Marquardt: “There was a whole lot going on, both on and off the track. The result is what matters: the future of the DTM is secure. In 2019, our new two-litre turbo engine will help us to battle it out with competitors old and new and record results that were missing this year and meant that we weren’t able to really get involved in the battle for the title. Now that we can concentrate fully on the sporting side of things, the series can only get even stronger. Now it’s just about the racing.”

In your opinion, how do BMW i Motorsport and BMW M Motorsport fit together?

Marquardt: “It is of fundamental importance that the two motorsport areas do not operate solely for their own benefit. The focus must be on the value for the company as a whole. Technology is the decisive driver in both areas. The BMW M8 GTE is the pioneer for its production counterpart, Formula E is our ‘TechLab’ for iNEXT and future generations of cars from BMW i. Our focus is always on the close alliance between production and motor racing, so that every race kilometre and all the experience we gain also benefit BMW customers. In strategic terms, we are very well set up overall. BMW i Motorsport and BMW M Motorsport are also a great visual match. The shared design features for all our cars ensure that this will remain so, regardless of whether they use combustion or electric engines. These include the matt black cockpit elements that can be found on the BMW iFE.18 and on our BMW M race cars from the BMW M4 DTM to the BMW M4 GT4. I think that these visual design elements are fantastic. They are symbolic of how the components of the two worlds fit together.”

What will the new year bring in motorsport terms?

Marquardt: “I hope that the new season will provide BMW Motorsport fans with thrilling races, wins and maybe even titles once again. There will certainly be no time for a break in 2019: there are two Formula E races and the 24-hour race in Daytona with Alex Zanardi in January, then our debut in the Intercontinental GT Challenge at Bathurst at the start of February, with Walkenhorst Motorsport and BMW Team Schnitzer. This fast pace will continue throughout the whole year. We are really looking forward to the new DTM with BMW Turbo Power, the grand finale of the ‘WEC Super Season’ with the BMW M8 GTE at Le Mans and much, much more. BMW Motorsport has never been so multifaceted or had so many points of contact to series development. Whatever happens, it’s going to be an eventful year.”

One response to “Jens Marquardt: “We made BMW Motorsport history this year.””