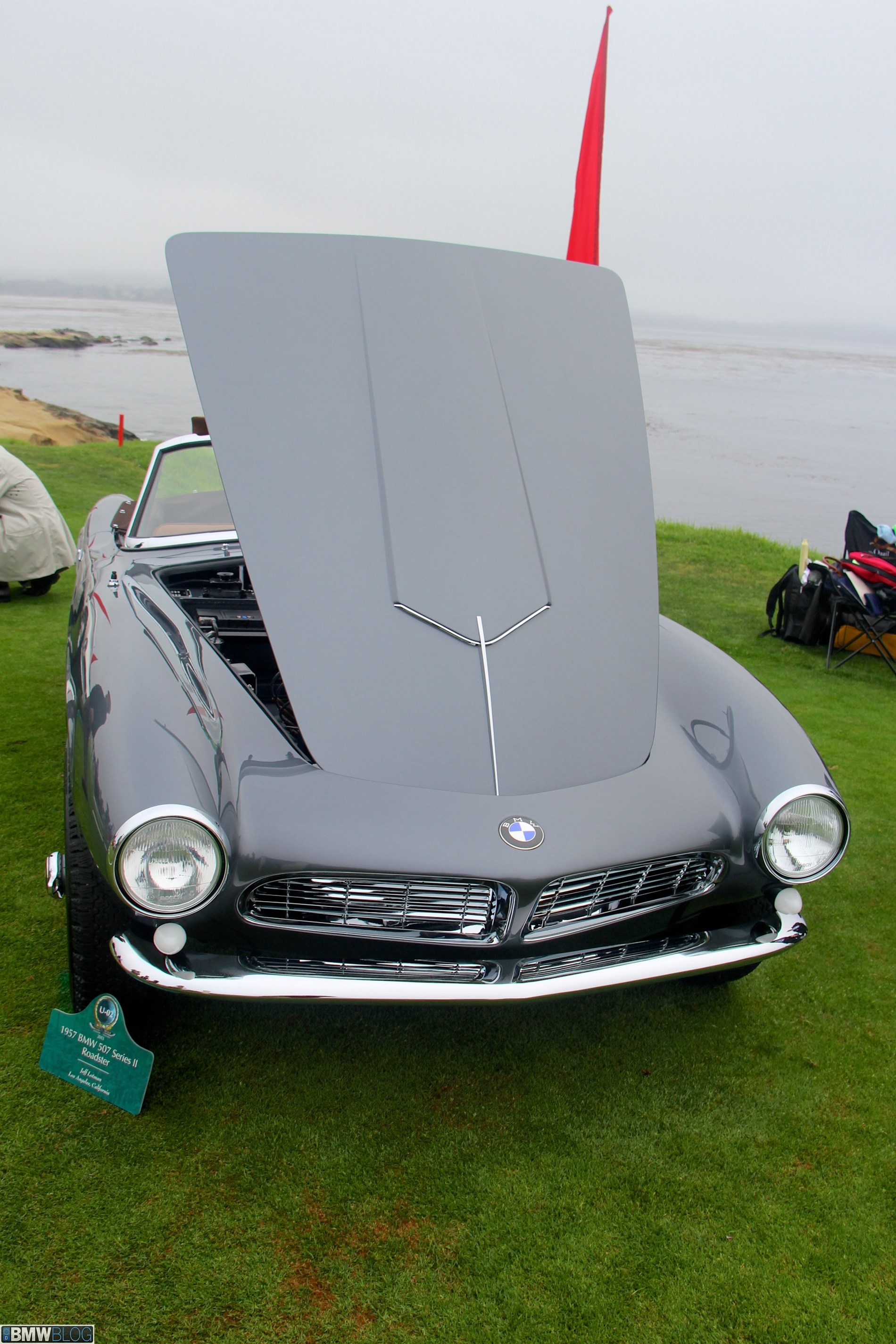 On January 18, 2019, RM Sotheby’s will host an auction in Arizona. One of the many unique and exquisite cars to be auctioned is a 1958 BMW 507 Roadster Series II. There were only 252 units over built and this particular BMW 507 roadster is a later series II example and was completed and delivered on 10 July 1958 to G. Dagmar in Munich, Germany.

The car was originally finished in Spring White and included the attractive removable hardtop. The car was then sold to Werner Preis in Dusseldorf. According to BMW Group Archive, at some point in the car’s life, it was fitted with a replacement 160-hp engine which was stamped with the original number. The original engine is believed to exist in another 507 in Europe.

In early 2000, the car was discovered by Charles Crail and sold to Microsoft Vice President Rick Thompson of Bellevue, Washington. Before being shipped to John Giles at TT Workshops Ltd. in Westbury, England, for a complete body-off restoration, the 507 only had 77,000 km (48,000 miles) on the odometer.

The goal was to restore the car to the Pebble Beach Concours d’Elegance’s standards. Over a period of two years, the 507 went through a series of transformations, including a complete rebuilt of the the engine and gearbox. Upon completion, the car was shipped to the U.S. in July of 2002, just in time to partake in the Pebble Beach festivities the following month where it participated in the Tour d’Elegance as well as the Concours d’Elegance.

In 2003, a private collector bought the car from Thomson and was further driven for over 2,000 miles. Another sale occurred in 2014 with the new owner maintaining its perfect condition.

Presented in Midnight Blue with a color-matched hardtop over a red leather interior, this 507 is a wonderful example of the marque. Therefore, the car is expected to fetch a price between $2.5M and $3M when it goes to auction in January 2019.

[Note: Not the actual image of the car]