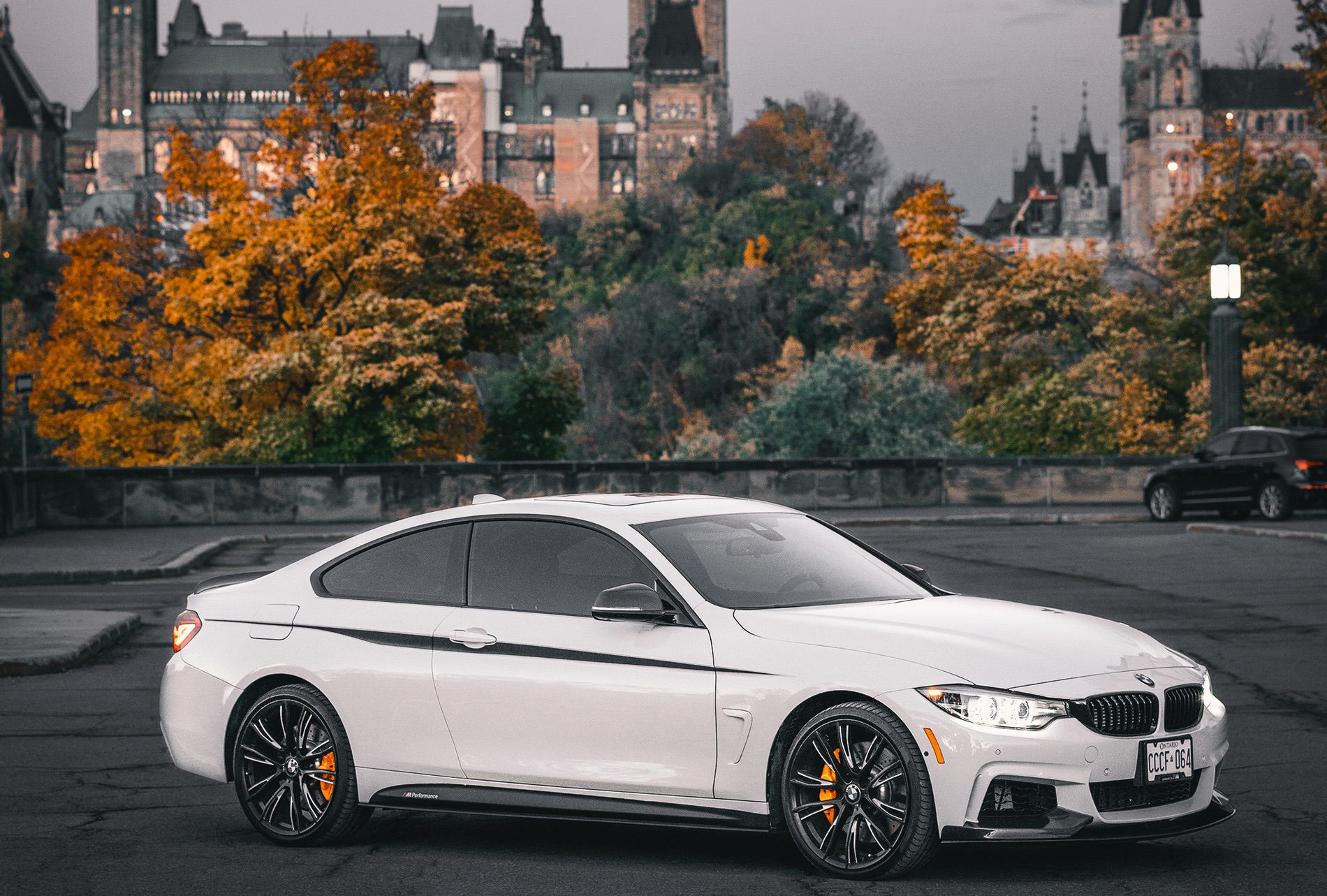 If I had the power to place the 2019 440i xDrive M Performance (MP) in the M line-up, it would fall in a sweet spot between the M4 F82 and M3 E92. It inherits some characteristics and touches from both, but in the same breathe feels distinctly different. Frankly, I do not know how to feel about the 440i xDrive MP. The dynamic driving feels like a pure M car, but the xDrive characteristics give the car a different taste. With that being said, the future looks bright if the next M generation mimics the xDrive of this car.

The driving experience does not disappoint in the 440i xDrive MP. At the forefront, it is decked out with M Performance parts and Alcantara touches. The large M breaks, painted in orange, are difficult to miss and a pure M symphony is orchestrated by the M performance exhaust. Adding to the special touches are the stunning 20’’ BMW M Performance wheels (624 M) in bicolor black, and the Alcantara steering wheel, panels, dash and gear knob. Taken collectively, theses touches throughout the car further elevate the look and feel of the 440i xDrive MP to an M car.

As soon as you sit in the driver’s seat, you are received with the seat belt extender arm which brings you back to the M3 E92’s time. Then, one of the first things that will catch your attention behind the wheel is the steering. It is incredibly responsive, light, and sharp with right amount of feedback. Coming from the M3 E92 and M4 F82 platform, I can say the 440i xDrive MP is up in that league.

One particular thing worth mentioning about the 440i xDrive MP and what I alluded to above, is the sound of the B58 3.0 litre straight-six BMW TwinPower Turbo engine and its associated rumble on low gear. At a high-pitch RPM, the B58 is capable of waking up the entire neighborhood within a 5km radius. The continuous pops and crackles are beyond madness and something I have never heard, even in M cars of the same class. The turbo lag of the B58 is almost unnoticeable and the 8 speed tranny is butter smooth.

If I was not an M car loyalist, the 440i xDrive MP would hands down be my top choice for a daily and weekend car. In fact, this car would be particularly good at handling in Canada’s extreme seasons of sizzling summers and sub-below winters. During the time I had the 440i xDrive MP, I was able to drive it on dry roads and after a fresh snowfall. Slick roads were no problem on the handling, in fact the 440i xDrive MP seemed quite content with a bit of snow. Maybe it has found its natural habitat in Canada.

With all these bells and whistles on the car, the only things missing in my opinion are standard LED lights, M1/M2 buttons on the steering wheel and a bit of fat rubber to keep the rear-end in check.

If I have got your mind racing about the 440i xDrive MP, do yourself a favor and check it out. You will be surprised, trust me. For those interested in owning this car, a few words of advice – the M package with the M exhaust and wheels (20 inch M performance wheels) are a must. These upgrades are defining features and make a world of a difference. As for all the skeptics out there I know I have set the bar high with this review, but hey sometimes you just have to tell it like it is.