VIDEO: Don’t ever put both winter tires and summer tires on your car

Home » VIDEO: Don’t ever put both winter tires and summer tires on your car

We’re big pushers of winter tires, here at BMWBLOG. Call us pusher-men (pusher-people, pushers, pushmen?) if you want but we very seriously advocate for winter tires in winter months. That’s because winter tires have the proper rubber compound to handle freezing temperatures better and the tread to handle snow if needed. However, some people just don’t listen and carry on with whatever they can get cheapest. Apparently there’s a new trend I haven’t personally heard of, which has people putting both winter tires and summer tires on their cars. Simultaneously.

Such an idea is apparently a way to save some money. Buying a second set of tires just for winter isn’t the cheapest of things but it’s a worthwhile investment, we promise. However, some folks really want to have winter tires and also really want to save money. So they buy just two winter tires for their front wheels and keep two summer tires on the rear wheels. In this new video from Tyre Review, we see why this is a terrible idea. 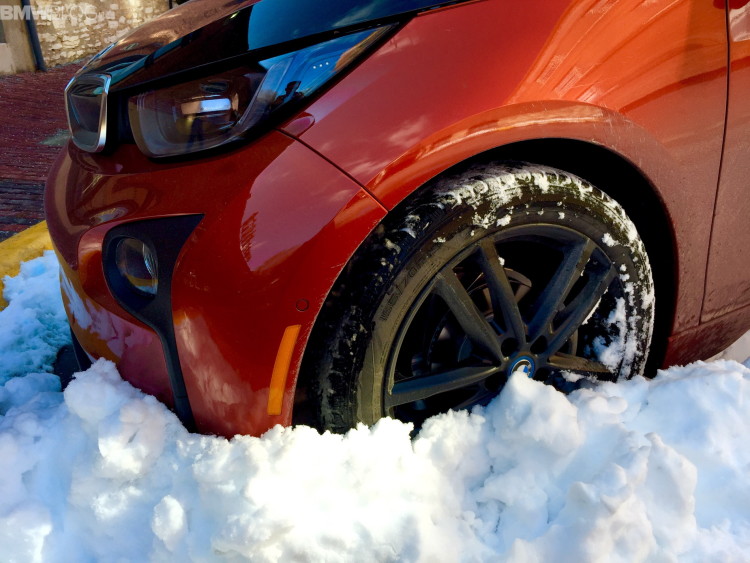 Say, for instance, you have winter tires on the front wheels of a front-wheel drive car, you’ll be able to pull out of snow and start moving easily. However, once at speed, you really won’t be able to turn. According to Tyre Review, winter tires provide about 60-70 percent more grip than summer tires in snow. So the front tires will grip well and the nose will turn in properly but then the back end won’t have enough grip to match and you’ll end up doing pirouettes around the front tires. Not good, especially in the real world, on real roads, in real traffic.

In fact, doing so is actually probably worse than just having all four tires be summer tires. At least that way, both axles have no grip, so the grip levels are balanced. Plus, you won’t get fast enough to really spin in traffic, you’ll just be stuck.