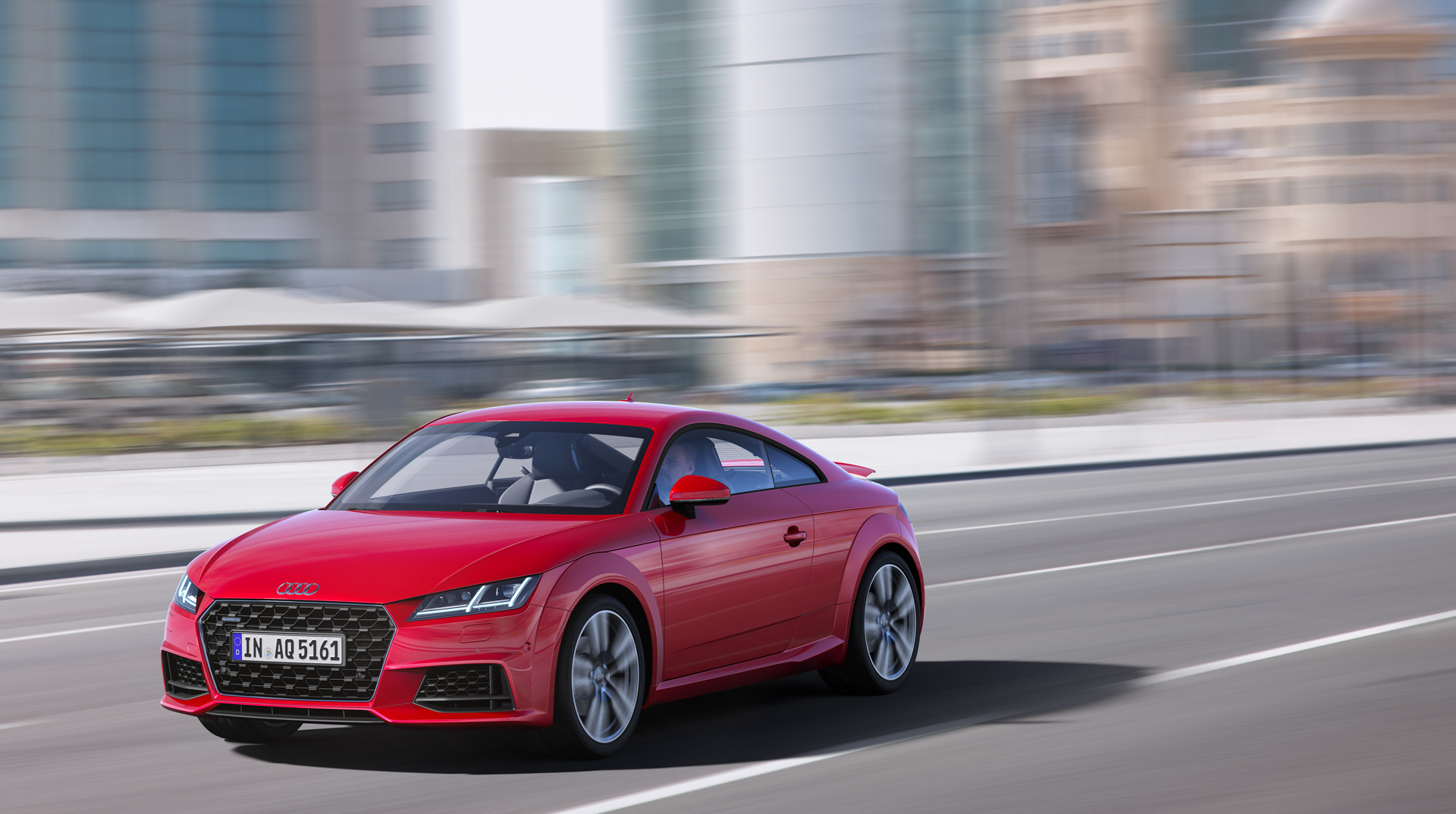 These next few years are going to be very interesting and exciting ones for the automotive industry. The automotive climate is changing more rapidly than ever before, with the introduction of electrification and automation to the mainstream. But also, there’s a new wave of customers that honestly don’t care as much about performance and styling as they do practicality and technology. So cars types like coupes and convertibles are falling by the wayside, unfortunately. Replacing them are these new four-door coupes, cars that have the sleek styling of a coupe without the practicality trade-off of an actual two-door coupe. The latest car announced to be making the switch is the Audi TT, which will become a four-door coupe with its next generation.

Currently, the Audi TT sits as a coupe and a roadster, taking on the BMW 2 Series. However, according to a new report from Auto Express, this next-gen TT will ditch both of those models in favor of a four-door coupe. While BMW is keeping the 2 Series coupe alive, it’s going to be making a four-door coupe variant, dubbed ‘Gran Coupe’ with its next generation. So when those two cars debut, they’re going to be direct competitors to one another.

Aside from the fact that the Audi TT will become a four-door coupe, we know nothing else about it really. We know it’s happening, we know its design has been approved by the board and we know that it will have 48-volt mild hybrid powertrains, though that last bit isn’t too surprising considering all new Audis have such tech. Though, we don’t know much more about the 2 Series Gran Coupe, either.

For the Bimmer, we know that it will switch to front-wheel drive-based, like the TT. So, it will be interesting to see how these two cars play out and how they compete with each other. The 2 Series has always been a four-seat coupe with everyday usability baked in, while the Audi TT has always been a strict two-seater and designed purely as a sports car. So with both cars being four-door coupes, the playing field will be more even. Should be an interesting match up.