What are others saying about the BMW M850i?

Home » What are others saying about the BMW M850i? 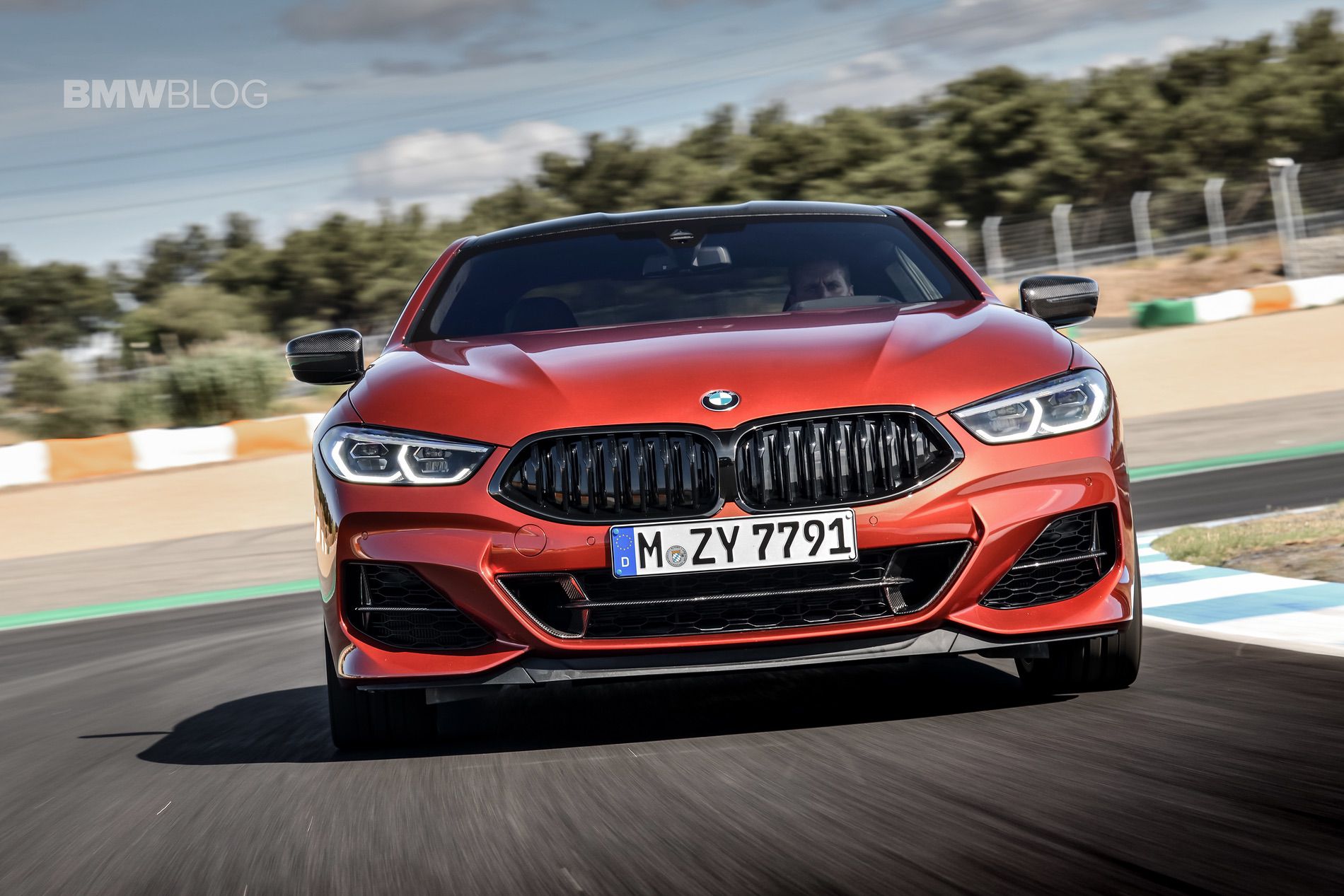 Our own Horatiu recently went to Portugal to test the BMW M850i and came away impressed. However, one might feel that our views are skewed because we’re BMWBLOG (they aren’t, we remain as objective as possible). So it’s always good to see what the rest of the industry is saying about the car, to show that we’re willing to give you the most objective information possible.

With the new BMW M850i, most seem quite happy about it. There are some minor complaints but, for the most part, the M850i seems to be a big hit. Though, there seems to be one overwhelming consensus that might contradict BMW’s claims about the car — it’s a sporty grand tourer and not a sports car that can do some touring. It’s a sporty, very high-performance car but, don’t mistake it, the M850i’s first priority is to tour. Quickly. 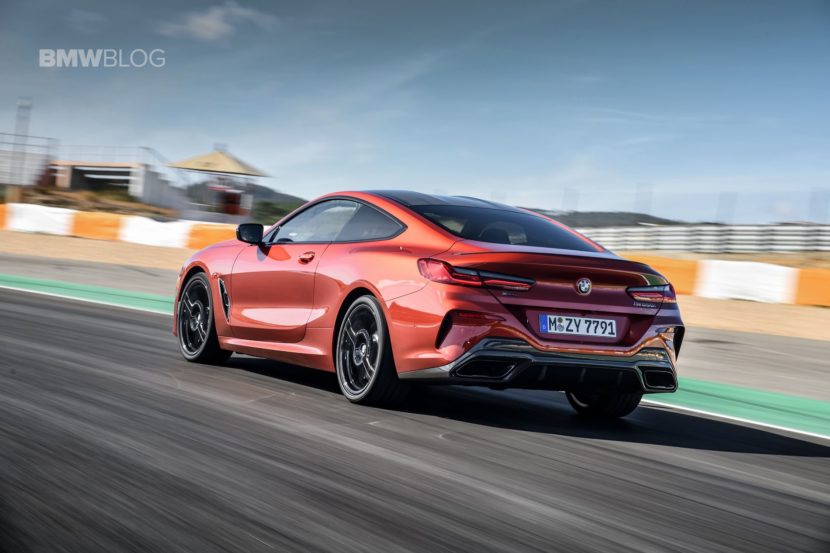 “The BMW is a tidy dancer but definitely a sizable one. Initial steering responses are good, and the speeds it could reach on even Estoril’s shorter straights left no doubt as to the V-8’s potency. Although a standard rear-steering system tried its best to help, in the tighter turns there was more understeer than any sense of rear-biased torque delivery.” said Car and Driver.

“You will be entirely unsurprised to hear that the M850i felt far happier on public roads. Refinement is outstanding. Portugal was sadly short of the sort of derestricted autobahn where we suspect the M850i would really excel (the engine is turning a lazy 2250 rpm at 100 mph in top gear), but the cabin remains tranquil even at a three-figure cruise. The adaptive damping keeps the ride, and the car’s considerable weight, under tight control.” C&D continued. 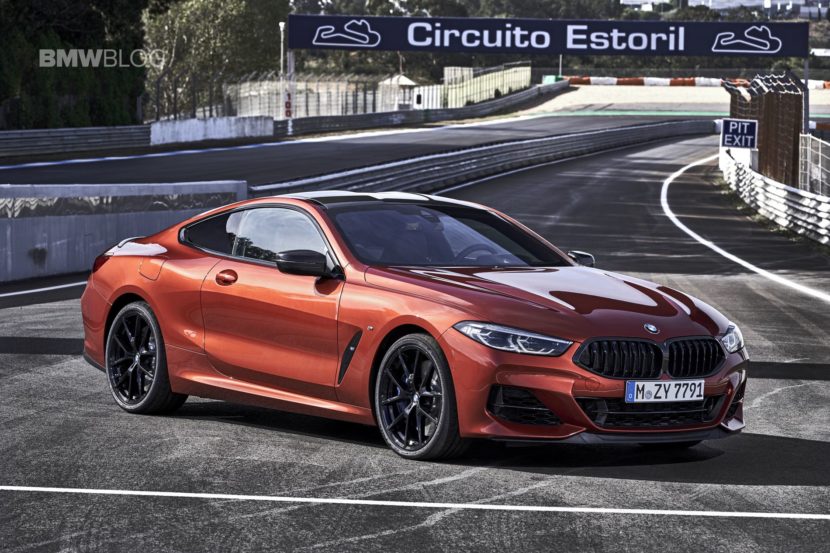 Thankfully, its steering is said to be good, according to C&D, with much better feel and feedback than the M550i’s, but not razor-sharp, like a Porsche 911.

Some journalists liked it more than others. “The numbers don’t really do the M850i justice, however, as impressive as they are. Why? Because the 8 Series is about so much more than figures on a chart. There’s an attention to the qualitative side of driving enjoyment that has seemed absent from—or at the least at the very bottom of—the BMW development checklist in recent years. Whether you’re launching onto an on ramp, making a 50-mph pass on a B-road, or simply queuing your way through a city center, the spirit of BMW’s motorsport-bred prowess is engineered into every single part of the car, not just the abundant badging.” said Automobile Magazine. 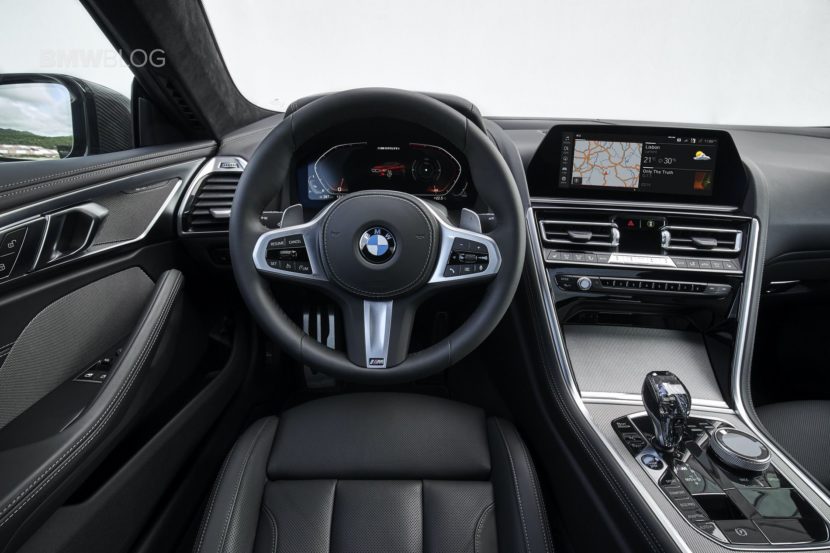 Autocar was among those that liked it but didn’t love it. “The 8 Series’ ‘Integral Active Steering’ system is more intuitive in use than similar BMW set-ups used to be, but it still doesn’t quite give the car the tactile, enticing, natural-feeling rim you’d like from a big GT. The steering’s somewhat short on both front-end contact patch feel and on-centre stability; it’s too monotone of weight regardless of selected driving mode; and it’s also well capable of taking you by surprise when it at once lightens and quickens at roundabout speeds. That you’re constantly adapting to its changing characteristics remains a slight barrier to the enjoyment of the car’s driving experience.”

There are obviously a few more reviews on the interwebs and it’s worth checking them all out. However, the general consensus is that the BMW M850i is a very good GT car, a car designed to travel great distances in speed, comfort and style. But a good GT is also good at tackling a few twisty curves with real enthusiasm and the M850i can do that too. It’s not the best track car, nor the sharpest car BMW makes, but it’s a damn fun car to drive and it’s comfortable, stylish and luxurious as well. So as a GT car, the BMW M850i seems to excel. Just don’t mistake it for the M8, which is coming soon.