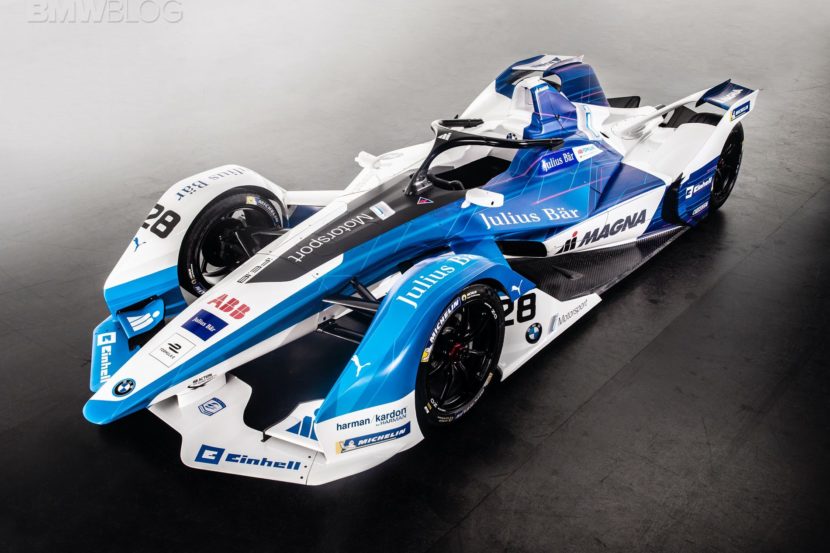 Today, in Munich, BMW has unveiled their first, fully-electric race car. The BMW iFE.18 will join the ABB FIA Formula E Championship as of Season 5 which kicks off in December 2018. BMW says that the drivetrain was developed using the expertise of the same engineers that designed that of the BMW i3 and will have the BMW works drivers António Félix da Costa (POR) and Alexander Sims (GBR) at the wheel.

“Formula E is not only an innovative and spectacular race series that has established itself as one of the top race series in the world with a totally new approach to sustainability and events within just a few years,” said Klaus Fröhlich, Member of the Board of Management of BMW AG, Development and Motorsport, who opened the BMW iFE.18 launch in front of media representatives, partners and other guests from around the world. “For BMW, it is also the perfect test lab for production development. The technology transfer between motorsport and series production is intense. Our experience from series production benefits the drivetrain of the race car. At the same time, insights from Formula E flow directly into the development of future series production drivetrains. So, I am looking forward to a great racing season.” 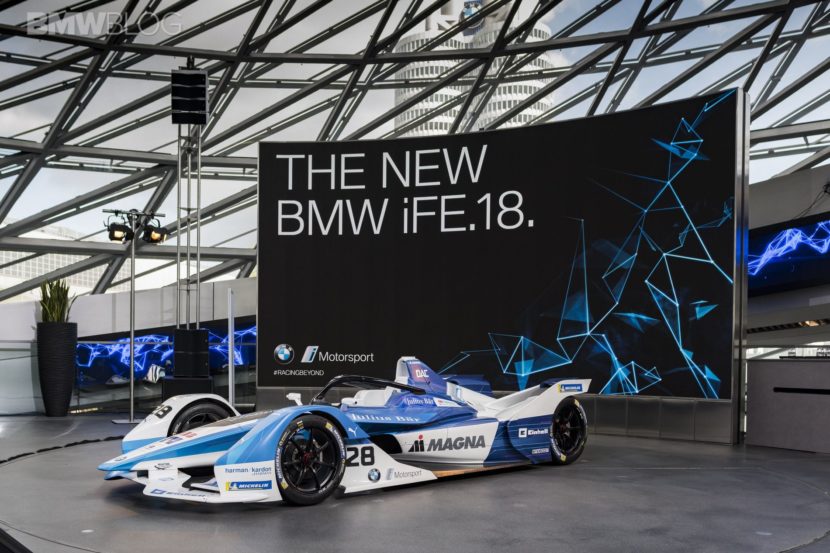 “BMW’s expertise in the BMW iFE.18 is primarily in the heart of the vehicle, the drivetrain,” said BMW Motorsport Director Jens Marquardt. “We told the production engineers designing the electric motor and inverter: ‘Forget about all the considerations you would usually have in development, and just think about performance, the greatest efficiency, the lowest weight. When we’ve reached that point, you can think about how to integrate that into series production later on.’ 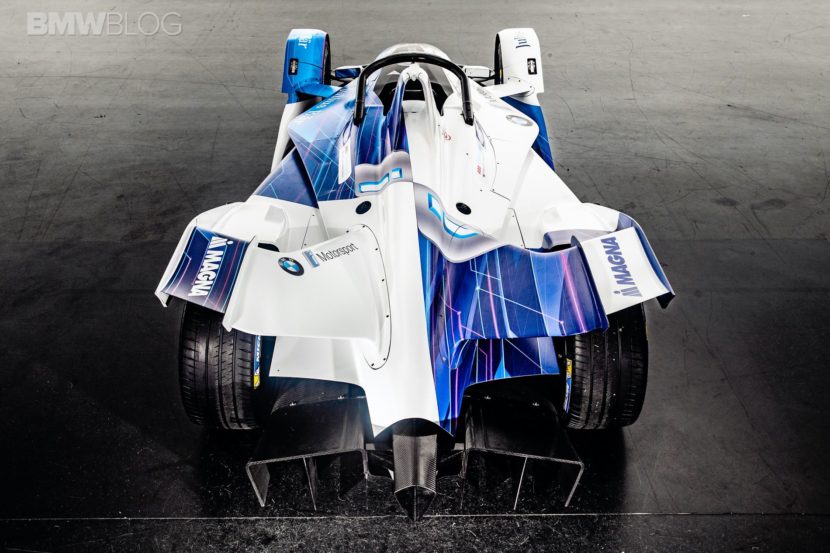 Our BMW Motorsport engineers designed the rear-axle including suspension and had to integrate the drivetrain in the rear end of the race car. The knowledge we gain in this highly competitive environment then flows straight back into production development. This is the perfect implementation of our motto: from the racetrack to the road.”

The two BMW iFE.18 cars will be fielded by BMW i Andretti Motorsport with team principal Roger Griffiths (GBR) at the helm.