In the 15th race of the 2018 DTM season, BMW Team RBM’s Bruno Spengler achieved his first podium finish of the season at the Nürburgring (GER). After 40 laps, the Canadian driver crossed the finishing line second in the BMW Bank M4 DTM. Three more BMW drivers followed Spengler into the top-ten. 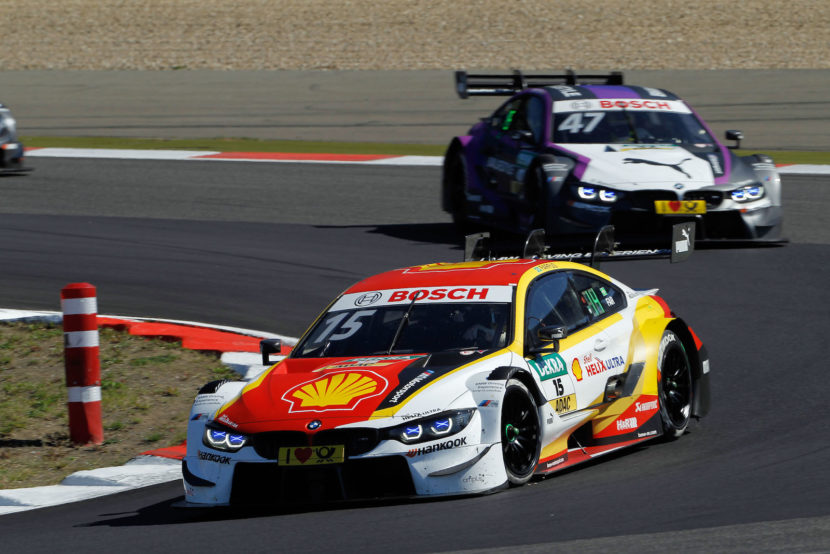 Before the 100th race for BMW since the DTM comeback in 2012 gets going on Sunday, the legendary Nürburgring Nordschleife will be the focus of attention in the morning. BMW works driver Martin Tomczyk (GER), working as a race expert for German TV channel SAT.1, will then be racing through the “Green Hell” with the BMW M4 DTM Race Taxi. 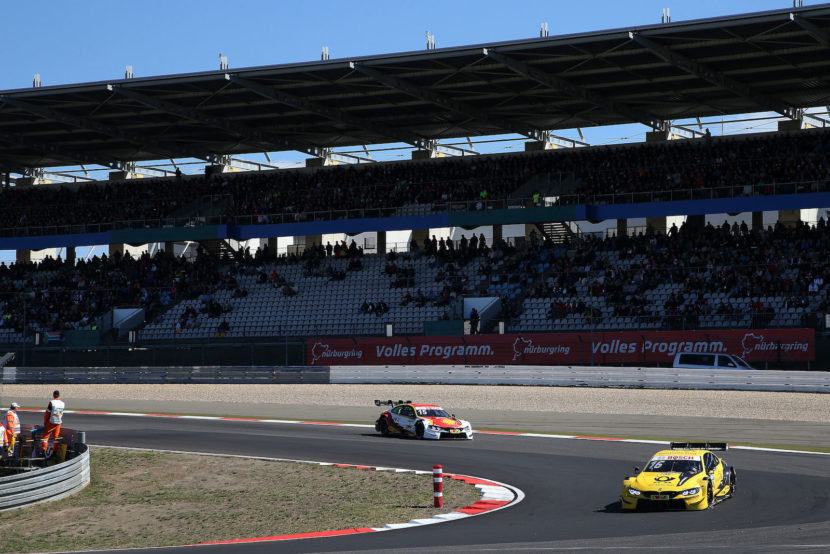 “We can really be satisfied with this result. It was a great race here at the Nürburgring with second, fourth, fifth and ninth places for BMW – we scored some good points. The fans witnessed some great fights on track. One or two people may have crossed the line at times, but that is how it is in the DTM and touring car racing. We have got some homework to do for tomorrow, to help us do better in qualifying. Bruno Spengler especially deserves congratulations for the first podium finish of the year, in second place. He was able to give himself a belated wedding present and he has also disproved the theory that racing drivers slow down when they get married. Congratulations to René Rast and Audi on today’s win.”

“We have been spoilt for success at our home race but we can also be satisfied with today’s result. The team did a great job and the drivers performed very well in the race. We have to try and pull it all together a bit in qualifying tomorrow. If we get a better start position, we definitely have a chance of winning.”

“I had a good start to the race and I had actually passed Lucas Auer before he clipped me in the first turn. We were able to get ahead of him thanks to the early pit stop but that’s not what we had planned. The tyres were a bit too old by the end of the race and we couldn’t apply any more pressure. Fifth place was the best result we could achieve in the end.”

“I made a good start but I didn’t have the perfect line through turn one. The first stint didn’t go so well for me and I wasn’t on the pace. The car then woke up with the second set of tyres and I was able to drive my race. However, we had stopped a bit too early, meaning that I was not able to attack from the back with those tyres.”

“Unlike in qualifying, we had really good speed in the race. I struggled a bit to start with as Mercedes was doing some really tough blocking. I nearly got driven off the track. That was a bit of a shame. I made a little mistake in the duel with Gary at the end; maybe I should have waited a little bit longer. I wanted to put some pressure on him in the final chicane but then there was contact and my wheels locked up. I had no choice but to drive straight on. Our pit stop was very good and that was decisive. In general, we can be pleased with the overall result. I am particularly pleased for Bruno as it had been a long time since he was last on the podium.”

“It was a good race. It is not easy to drive against René Rast and Gary Paffett. Bruno was able to improve by one position. We know that he can deal with this pressure. It was a bit of a shame on the final laps, as we were not far from the DRS window. That might have made the difference and brought us the win but we’ll take it as it is. There were a few incidents with Philipp. We will have to examine these in detail. Joel also has a few things to work on. After the pit stop, he came back out with Marco and clearly lost a bit of pace. We will have to take a close look at that.”

“Our pace was very good, which is clearly positive. That is something to be pleased about. There was a bit of contact with Paul di Resta. It is easy to spin in that phase of the turn. I am sorry, it was not intentional.”

“It feels very good to be back on the podium. We had a really good day today. That has not always been the case this year, we have had a lot of bad luck, but that’s how it is in motorsport sometimes. It just needs a bit of time for things to go right again. The car did really well in qualifying and then in the race. I was able to push on from the start. A huge thank you goes out to my team, who prepared a great car for me. They earned the points today. It’ll be a whole new ball game tomorrow and we will be concentrating on our preparation. At this point, I’d like to say a little something to my friend Robert Wickens, who is in hospital after his accident: I wish him all the best and hope that he is back as quickly as possible. We miss him in motorsport.”

“That was a hard race. My first lap was really good. I was right on the pace, too. But after the first stop, I got caught up in traffic and lost some time. I wasn’t able to do much after that. I will be back on the attack tomorrow.”