By now, it’s no secret that the upcoming BMW Z4 has been built on the same chassis as the Toyota Supra. BMW and Toyota worked together to make a bespoke sports car chassis to be shared by those two aforementioned cars. Both cars have been in development for some time now but they’re both finally on the verge of being revealed. Before that, though, both cars were recently caught testing together at the Nubrurgring.

We first see both cars getting some fuel and it’s good to see just how different they look. With Toyota’s previous joint venture, which spawned the Toyota GT86 and Subaru BRZ, both cars looked identical. It’s nice to see these two cars each having their own unique design.

At the back, the Supra looks far more aggressive. It packs a large rear diffuser, with an F1-style third brake light inside of it, and a large integrated rear spoiler. It also has some really muscular rear haunches, which makes it look very sporty and athletic. The Z4 ahead of it is far simpler looking but also more elegant. This is by design as the BMW Z4 is meant to look like a classic roadster and it does.

Later on in the video, we see them both from the front and the one thing that immediately sticks out is how much lower the Z4 seems to be. Its nose slopes down much further than the Supra’s and it even seems to sit lower. The Supra will likely be the more impressive sports car and performance car but the Z4 might be more fun, in the same vein a Mazda MX-5 is fun. 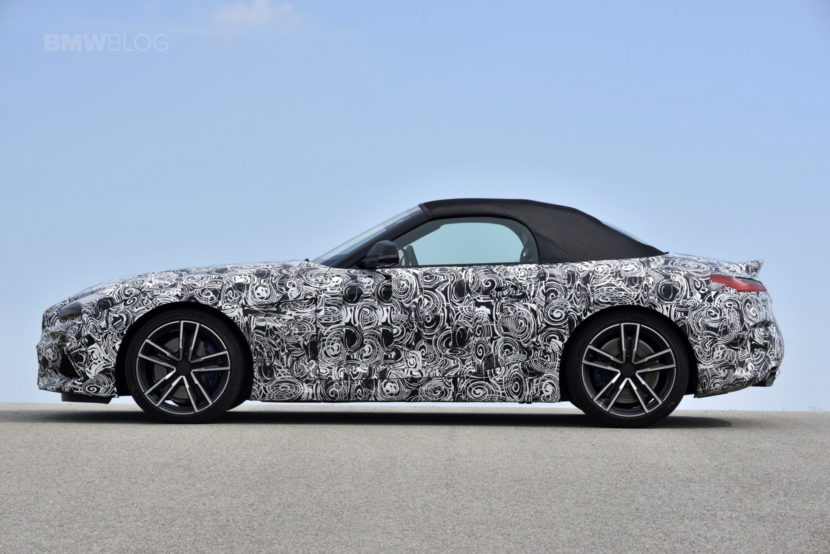 We’re very excited to see both cars to be honest and we hope they both have their own unique character. From the looks of it, that seems to be the case.