Some cars need to break the mold in order to get the audience’s attention. We’re talking about those looking to make a splash or looking to gain an advantage simply by breaking the norm. In the case of the X2, BMW had to get creative as to justify its place in the world using marketing. The fact that the car truly has an identity of its own helps, but most people don’t get to realize that as we often judge a book by its cover.

And looking at an X2 you will surely notice that it really is different compared to the X1 in the looks department, but you might just say that a different design isn’t enough to convince you. Getting behind the wheel for a couple of days will help in this regard but first you need to be curios. That’s where marketing steps in and in the latest campaign, the BMW X2 joins forces with street artist Omen for a new take on the Coupe crossover. 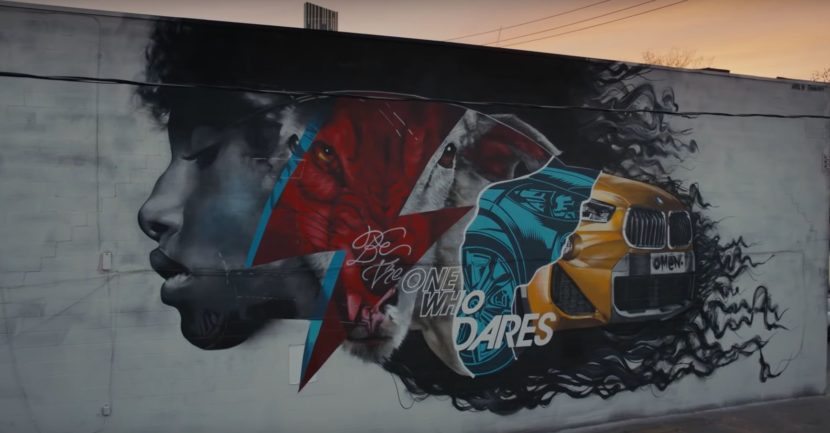 The clip below is just over 2 minutes long but it does tell a story. It tells the story of the Montreal-based artist and how graffiti saved and eventually changed his life to the core. Starting off as a writer, Omen became enraged with the way the city looked, as it took away any hint at humanity being part of it. Therefore, with his work, he tries to bring out the humanity in cities around the world with his graffiti. And judging by what we can see in the video below, he’s quite good at it.

The final mural done in Toronto uses the motto under which the BMW X2 was unveiled and combines various elements to highlight the new car. It’s all well done and quite a good approach for BMW Canada to start promoting the new crossover.