I actually had a hard time choosing which Mercedes-AMG product would compare with the new BMW M850i. On one hand, BMW is calling it a proper sports car, so that would make it a Mercedes-AMG GT competitor. On the other hand, the M850i is a 2+2 coupe that’s also a grand touring car, which would make it more of a competitor to the Mercedes-AMG S63 Coupe. Finally, I settled on the latter, as they’re going to be around the same price, same size and they’re both sporty GT cars at the end of the day, while the AMG GT is nothing of the sort, as it’s a pure-blooded, two-seater sports car.

Now before anyone gets fussy, we don’t know which of these cars will be better to drive/faster/more fun. The BMW M850i isn’t out yet and we haven’t even driven the prototype, so we have nothing to go by. We’re only comparing design, looks and interior. So don’t think we’re saying one is going to be better than the other. Now, which one looks better?

This might be one of the hardest comparisons I’ve done. Personally, I adore the styling of both cars, so it’s tricky. Plus, they’re so different in style, that’s it really is difficult to choose. Still, I decided to roll my sleeves up and give it a go.

From the front, it’s a close call. Both have really handsome mugs. But if I had to choose just one, I’d go with the BMW M850i. It’s just a bit more exciting, while the AMG is a touch blander and its headlights are a bit too fussy. The 8er’s grilles are a bit large but they look good and its headlights are gorgeous. Plus, the 8er’s hood is a bit more heavily sculpted, making it seem more aggressive and sportier. So it’s a narrow victory at the front for the Bimmer.

In profile, it gets even more difficult to choose. I’ve always been a big fan of the S-Class Coupe’s design. There’s just something about it that looks so good, as if it’s an arrow being pulled back in a crossbow and ready to fire. I don’t know why I feel that way but I do. Though, the new 8 Series is gorgeous in its silhouette. The AMG S63 looks a bit classier and more like a traditional GT car while the BMW M850i looks sportier, more muscular and more athletic. So this is a wash.

It gets easier to choose at the rear, though. While I do love the S63 Coupe’s overall design, its rump is its weakest link. There’s something about all Mercedes-Benz products’ design language that makes them seem as if they’re melting at the rear. It’s less egregious on coupes but still present. While the BMW M850i is stunning from the rear. It has some of the best looking taillights in the business and its muscular rear haunches just look so damn good from the rear. So it wins that. 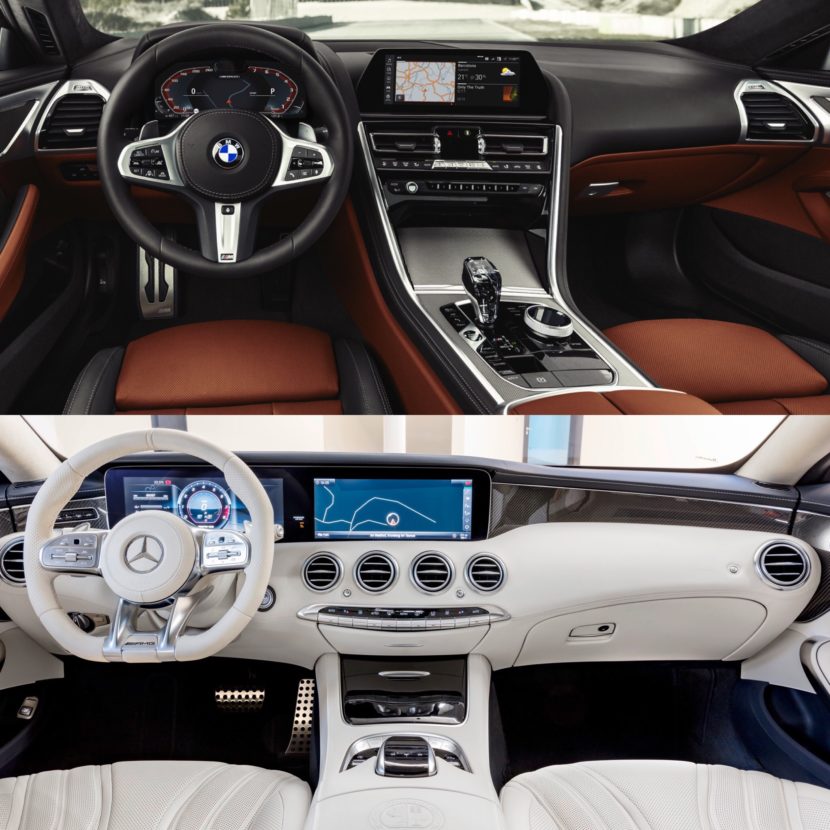 On the inside, it gets tough again. The BMW M850i, with its waterfall center stack, console-mounted gear lever and simplistic design, looks sportier and more thrilling. While the AMG S63, with its column-mounted shift lever, merged screens and circular air vents, looks a bit classier and more luxurious. In terms of sheer presence, the AMG wins it but in terms of which makes me wanna get in and drive, the BMW wins. So it’s tough to call. Though, I’m going to go with BMW here again, for a couple of reasons. The first is that the dual merged screens on the AMG looks a bit cheap, as if Mercedes just glued a massive tablet to the dash, and column-mounted shift levers belong in old Buicks, not fire-breathing AMG products.

So the BMW M850i gets the win but its margin of victory isn’t large. The Mercedes-AMG S63 is a gorgeous car and one that I would love to daily drive. But the BMW M850i is just more thrilling, more exotic and makes me want to get in and drive more. So it wins. 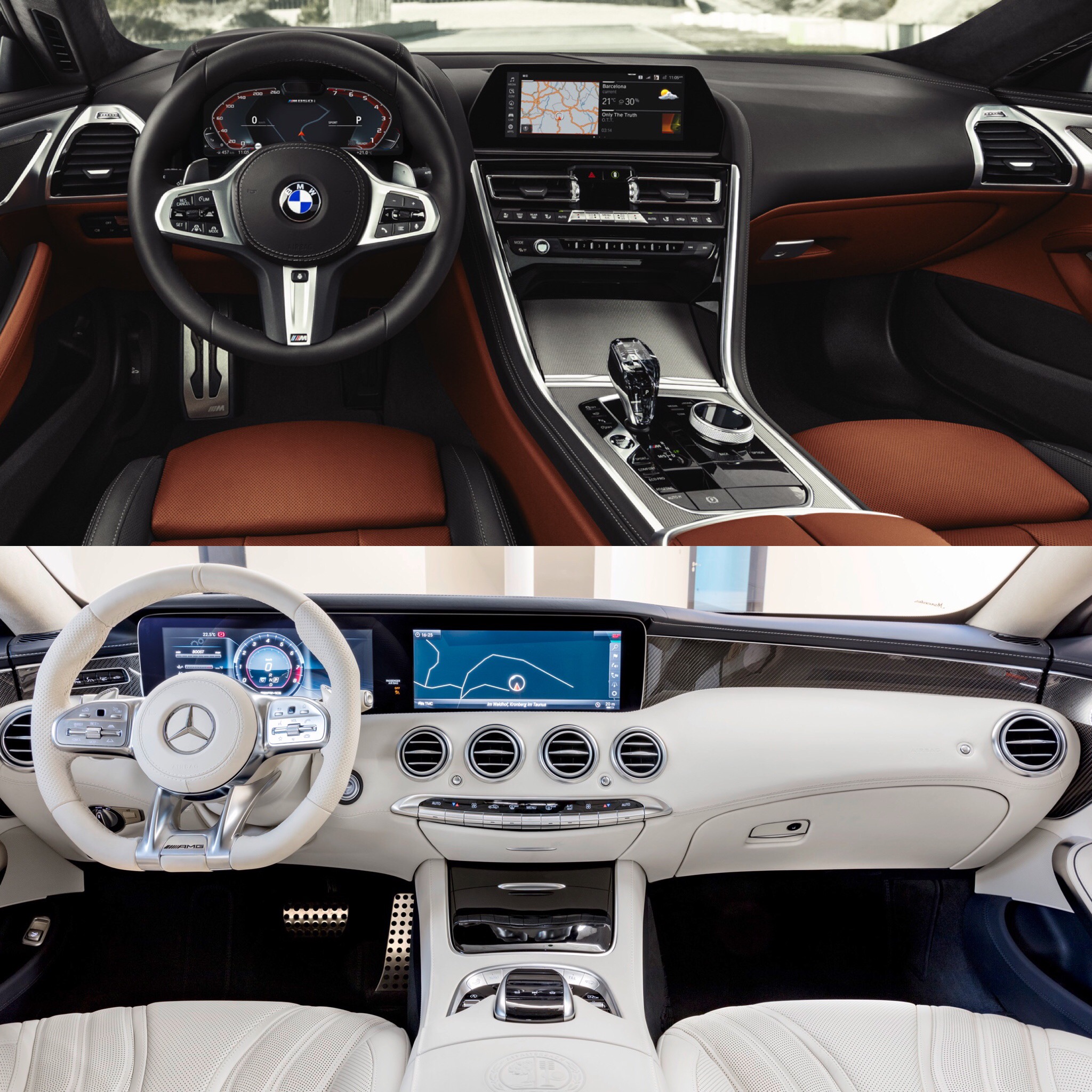