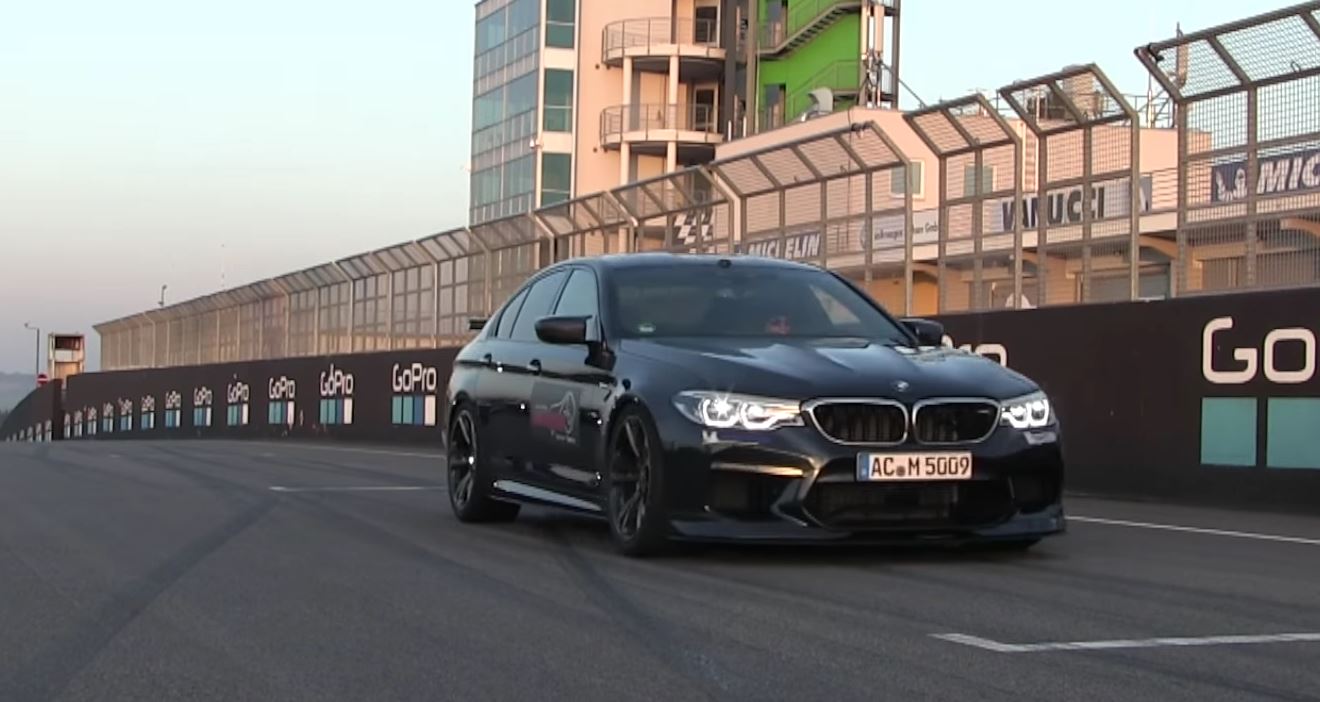 AC Schnitzer has been secretly working on their next iconic model, this time based on the brand new M5. We expected them to bring out a suite of enhancements for the new M car but they’ve been tight lipped so far about the work they’ve been doing on it. As a matter of fact, even though they released a video showcasing their take on the M5 breaking the saloon record on their traditional proving grounds, Sachsenring, we don’t have the complete list of upgrades for the car just yet.

The German tuner published a short video on its Youtube channel today, showing us how their take on the M5 did a 1:31.71 lap time on the famous track, at the hands of none other than Jorg Muller. The living legend who raced for BMW back when the E46 M3 used to run in various motorsport events around the world, seemed extremely calm behind the wheel, across the 3.671-meter long track, and its 10 left-hand turns and four right-handers.

From the looks of things, the car was fitted with a new suspension, adapted for the race track, I’m guessing, as well as with a new, quite generous wing at the back. They also gave us a couple of power figures, the 4.4-liter twin-turbo V8 under the hood apparently being taken up to 700 HP and 850 Nm of torque, numbers well over what the car comes with in standard guise. Now we all have to wait for the full details of the AC Schnitzer package to be released.

Nevertheless, from the looks of things, it’s going to be a proper road-missile good for some trashing. The one thing on my mind is probably a curiosity you also share: what driving mode Jorg Muller used for his record-breaking attempt. As we all know, the new M5 can send its power to all four corners of the car in 4WD mode, more of the power to the rear axle in 4WD Sport or all of it to the back in 2WD mode. An interesting side note is that the AC Schnitzer M5 proved to be faster even than proper supercars on that track, like the Aventador SuperVeloce or Porsche 911 Turbo S.