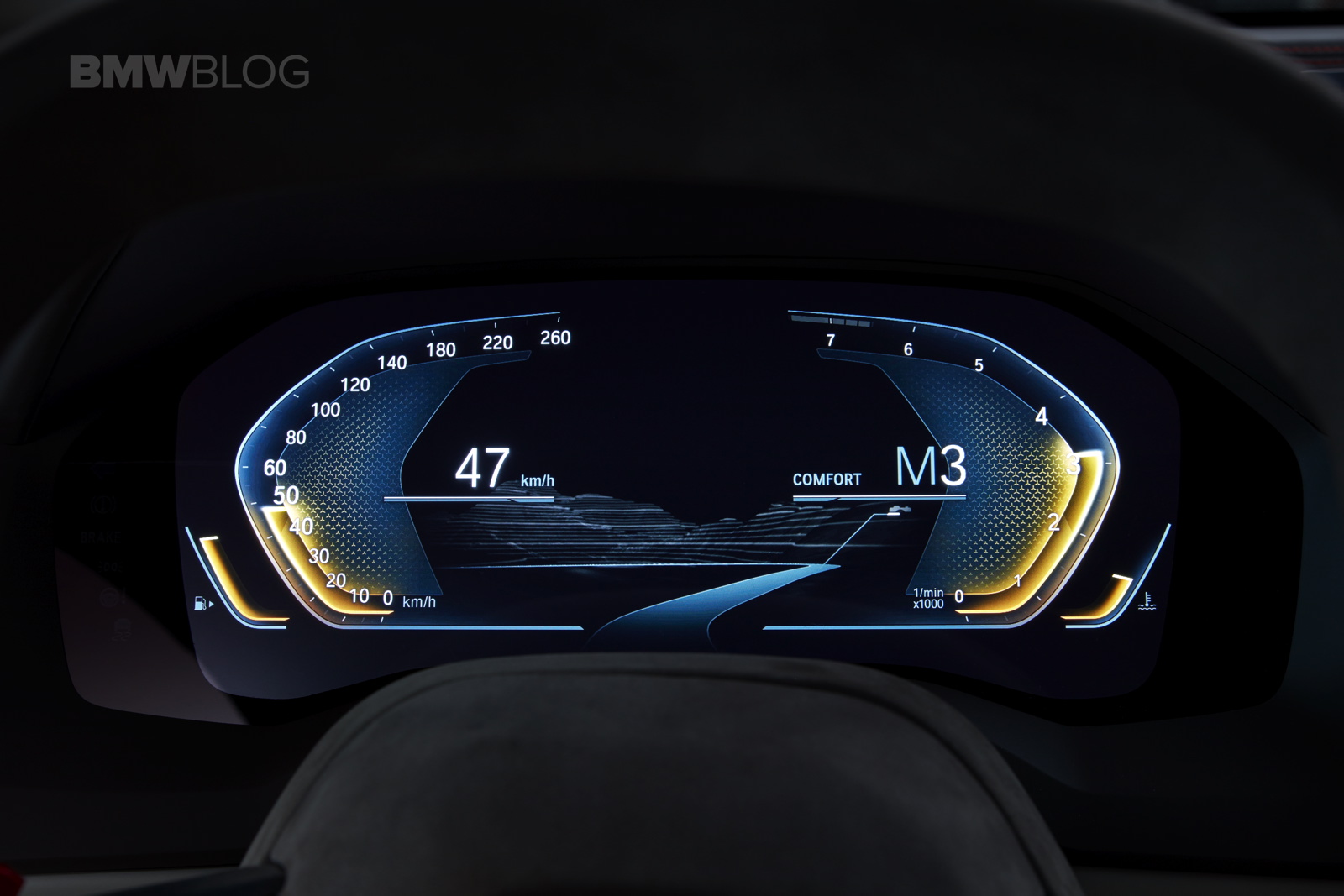 The BMW 8 Series Concept was the first car from BMW to show off the brand’s new digital instrument panel. While admittedly in early concept form, the new digital gauges looked very interesting and far different from anything we’d seen from BMW before. Though, we never thought they’d actually make it to production but would rather just be used for cool promotional videos for the Concept. However, we’ve been seeing the very same digital gauges pop up in spy photos of upcoming Bimmers, such as the actual BMW 8 Series seen here. (We don’t own the spy photos)

Firstly, the BMW 8 Series is gorgeous, even in Convertible form. It’s low, sleek and mean and we can’t wait to drive it. But we’ve seen about a millions spy photos of the 8 Series already, so this is nothing new. What we want to see are the new digital gauges in action. And while we don’t get to see much of them, it’s more than we’ve seen before.

In this new digital instrument panel, there are two digital “gauges” that sort of replicate the traditional dials of a current BMW. On the left is its speedometer and on the right are its revs. Except they’re not digital dials with needles, like you’ll find in a current BMW. Instead, bars fill the outside perimeter of the dials as both speed and revs increase. There will also be a digital speed readout in the center of the speedometer.

The car we’re looking at is in Eco Pro mode, so rather than a tachometer, it’s displaying an efficiency gauge, which shows that the silver looking dial surrounds are in fact digital and not physical, like on a current Bimmer. And it seems that there’s a big space in between the two dials, which leads us to believe that, aside from typical car information, there will be a navigation screen in between them. It would only make sense, as Audi is currently stealing the show with its brilliant Virtual Cockpit, which can make its entire instrument panel a massive navigation screen and it works wonders. So BMW should do something similar here.

Personally, I think it looks great. While I’m always going to be fond of the old-school red-lit gauges of classic BMWs, this is a step in a new direction for BMW and it’s one that seems right. We’re excited to see what BMW brings with these because it could set the brand apart, in terms of interior technology, from its rivals.