BMW 8 Series Teased Once Again, This Time in Camo

Home » BMW 8 Series Teased Once Again, This Time in Camo 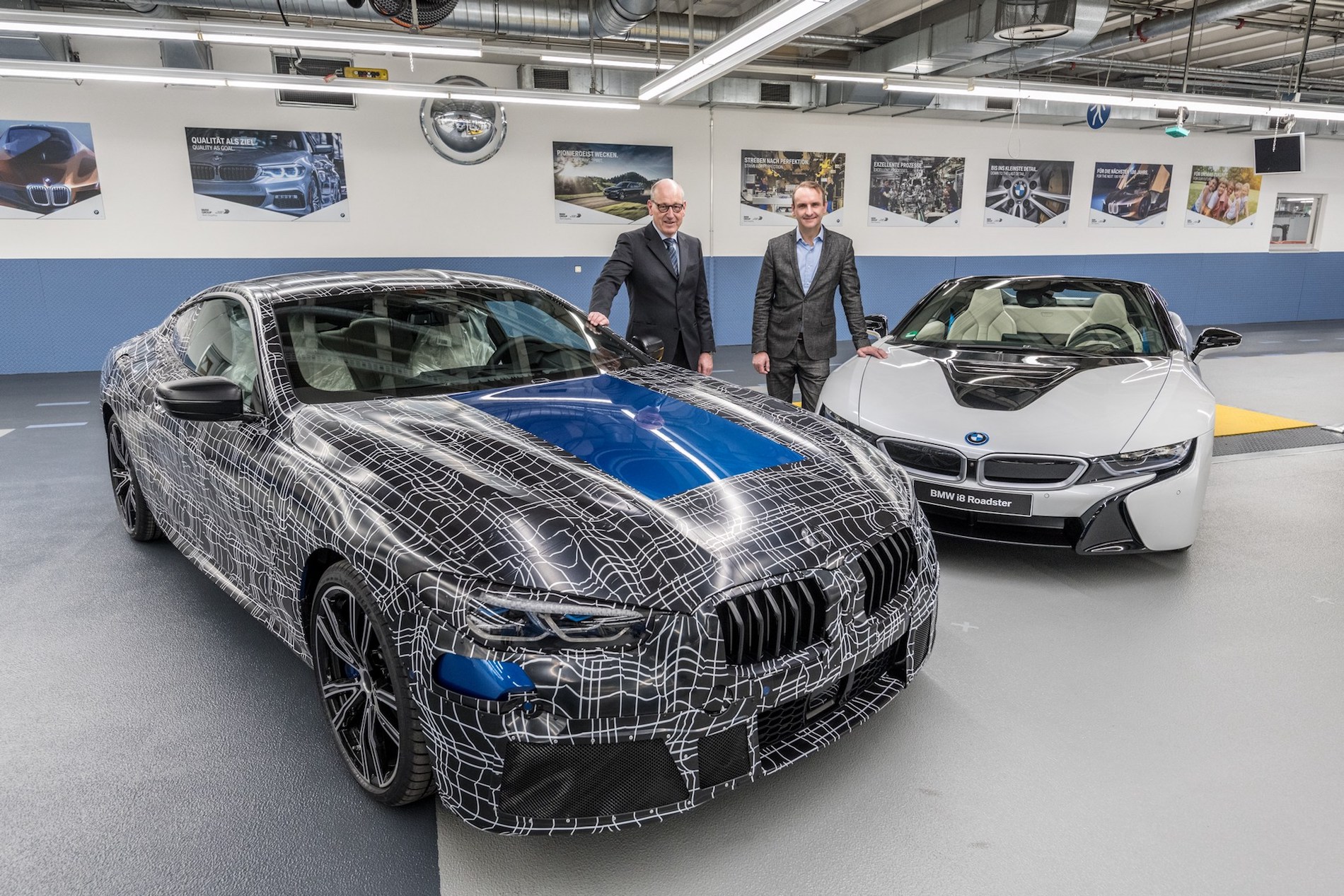 As we’re getting ready to meet yet another Concept from BMW which previews a production car within the 8 Series range, the Germans are releasing yet another teaser of the Coupe. Just yesterday the world got to see the first glimpse of what the 8 Series Gran Coupe will bring to the table, but in all the excitement caused by the confirmation that a four-door ultra-luxurious model will still be offered by BMW we skipped over a few details.

In the photo package published by BMW there were two pictures of a camouflaged 8 Series Coupe model, this time a bit different from the ones we’ve seen before. Whereas the last time we saw the 8er it was seemingly wearing red under the carefully applied camo, this time it seems to be hiding a shade of blue close to the classic Le Mans hue. We can’t be sure but it’s definitely a stunner, as BMW is known to put together some of the best shades of blue in the industry. 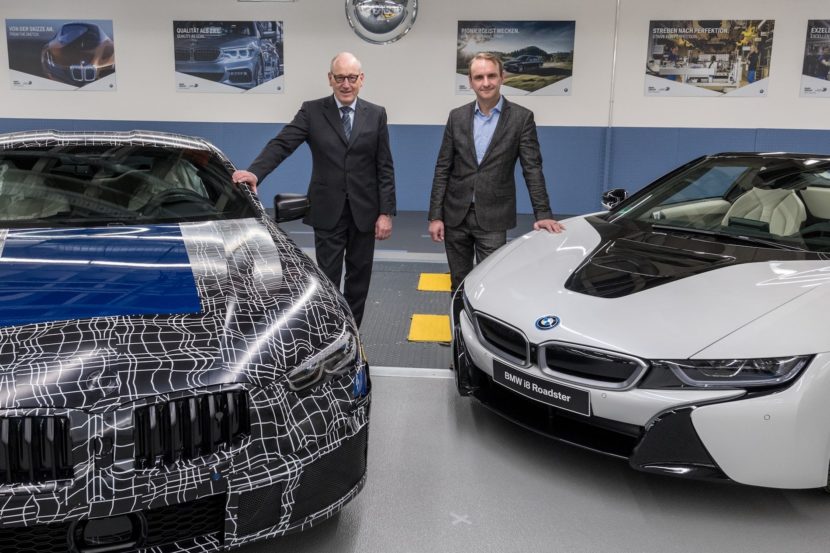 Unfortunately, the car sitting next to the i8 in the official photos released by the Germans is not the M8. The evident tell is the lack of M side mirrors and the single-slated kidney grilles. Nevertheless, the thing does look wide by all means, especially in the back and chances are we’re looking at a V8-powered model here, most likely the M850i.

The 8 Series will be unveiled in full later this Summer in France and those of you eager to get your hands on one will be able to write your name down for early delivery somewhere in the first months of 2019. Of course, the most desirable model of the range will be the M8 and chances are we won’t have to wait the usual 12 months to see it from the moment the 8 Series arrives.