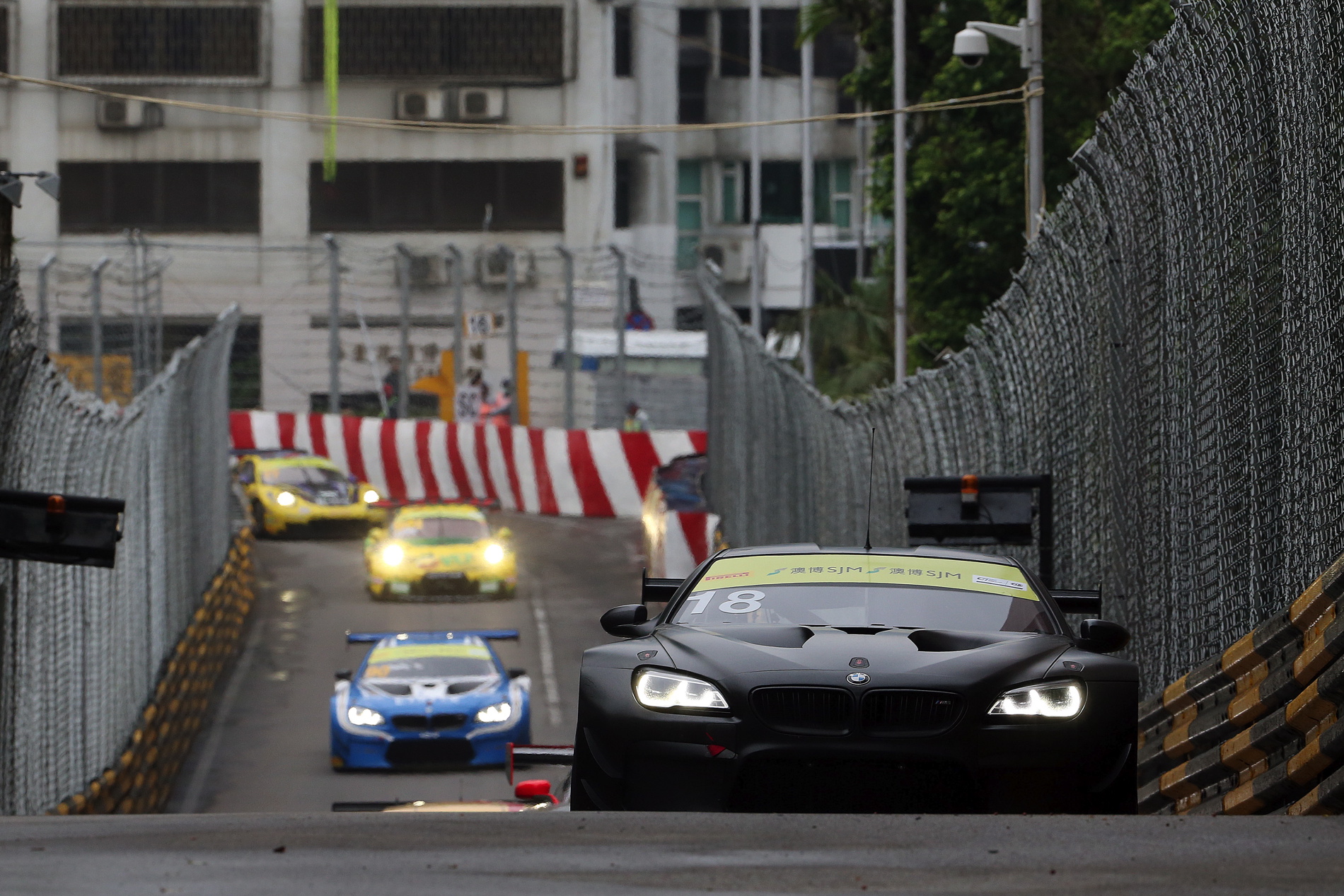 Having finished second in the qualification race, BMW Team Schnitzer’s Augusto Farfus (BRA) was also the best-placed BMW driver on Sunday at the FIA GT World Cup in Macau (CHN). The Brazilian overcame an unscheduled pit stop, caused by a collision on the “Guia Circuit” that was not his fault, and worked his way up to fourth place from the back of the field. Chaz Mostert (AUS) and Marco Wittmann (GER), competing in two BMW M6 GT3 cars from the FIST – Team AAI, secured fifth and sixth positions to complete the good overall result for BMW at the spectacular 2017 GT season finale. 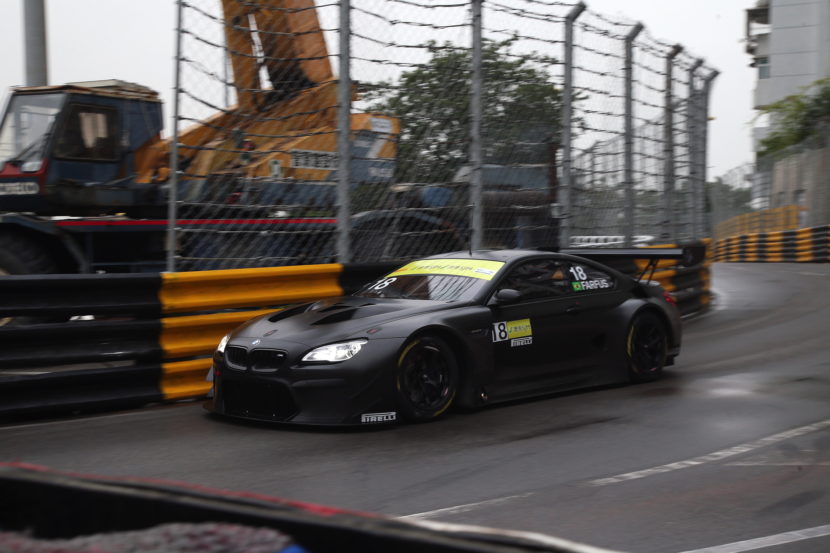 The race started behind the safety car due to wet conditions, with Farfus in second place. When the FIA GT World Cup finally got going, the #18 BMW M6 GT3 was hit by a competitor. This caused serious damage to the rear bodywork, which threatened to tear off completely. Farfus had to head for the pits, where the crew removed the loose boot cover. The BMW Art Car returned to the race in last place. Farfus showed real fighting spirit to make up lost ground and finish in fourth position.

Despite his lack of experience at Macau, Mostert again put in a commanding performance to cross the line in fifth place after 18 laps, just ahead of his team-mate Wittmann. The two-time DTM champion’s car was badly damaged in a mass collision during the qualification race but the AAI team managed to repair it in time for the main event. 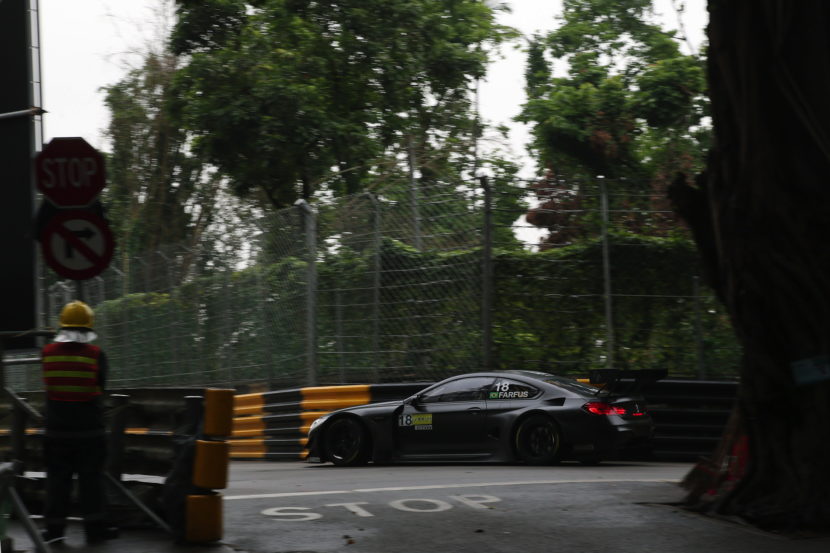 However, Tom Blomqvist (GBR) missed out on the main race in Macau. His #99 ROWE Racing BMW M6 GT3 took such a severe hit during the spectacular mass pile-up on Saturday that competing on Sunday became an impossibility.

Reactions to the main race: 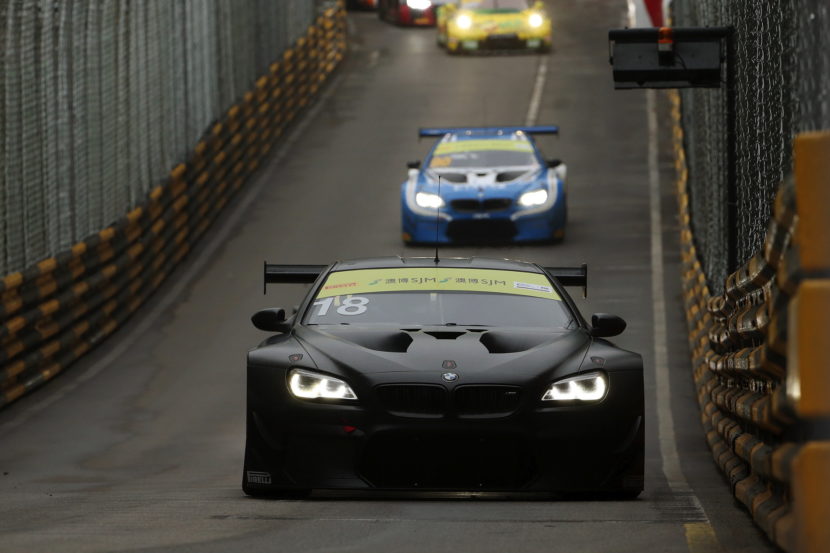 Jens Marquardt (BMW Motorsport Director): “That was an unbelievably exciting weekend – with a dramatic finale. It is difficult to draw a definitive conclusion from a race like that. Of course, it is a bit disappointing from a sporting perspective to start from second and then cross the line in fourth, but the recovery that Augusto put in with our Art Car, after being knocked back to last place through no fault of his own, was impressive, breath-taking and in the end reconciling. We must also not forget that two other BMW M6 GT3s made it to fifth and sixth places as well. Congratulations to Team AAI, Chaz and Marco – even more so – as the team did a great job to repair Marco’s car overnight, after it had sustained such serious damage. This race also marks the end of a thrilling year under the art banner which we heralded in Daytona with the Art Car by John Baldessari and have now concluded here with the 18th Art Car by Cao Fei. Both Art Cars were fascinating in their own way. It was impressive to experience the enthusiasm of the fans and our guests here, as they joined us in cheering on Augusto and the Art Car. This project was a great success and I am sure it was not just me that found it inspirational. We believe that we have been able to continue the great Art Car tradition and we are looking forward to more projects like this in the future.” 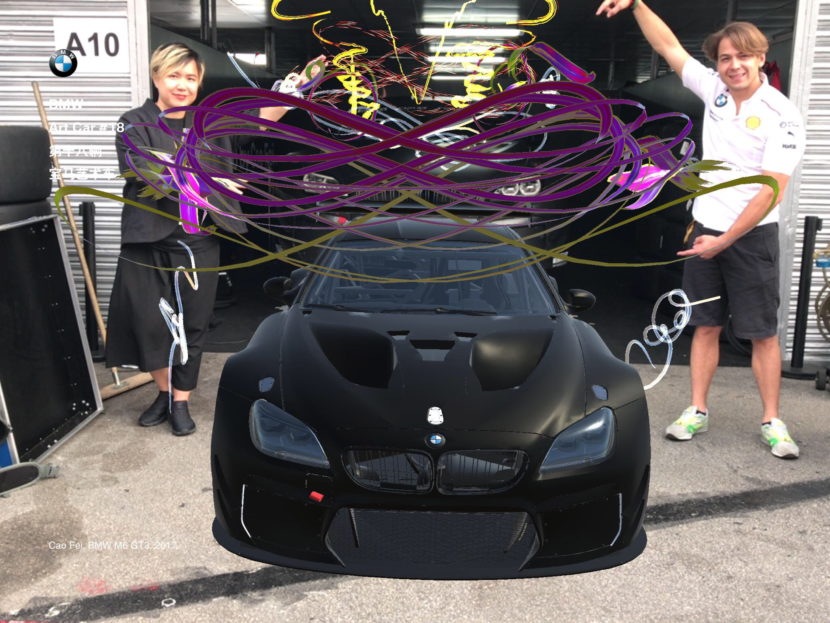 Cao Fei: “I was nervous and excited before and after the race. Through my BMW Art Car there was a connection between Augusto and me. He asked me to sign his helmet and I wrote ‘Fast’ on it. It is amazing what he has achieved and I congratulate Augusto Farfus from the bottom of my heart. He is a hero to me!”

“I enjoyed the race. We showed that we never give up. Things looked really bad for us after the first lap. After the pit stop, we fought our way up from the back of the field. When you consider the state the car was in after this race, it was a dream result. Thanks to BMW, Cao Fei, the art department and BMW Team Schnitzer. I think we showed the world that we are a really strong family. I just missed out on the podium but I will be heading home with a big smile on my face.” 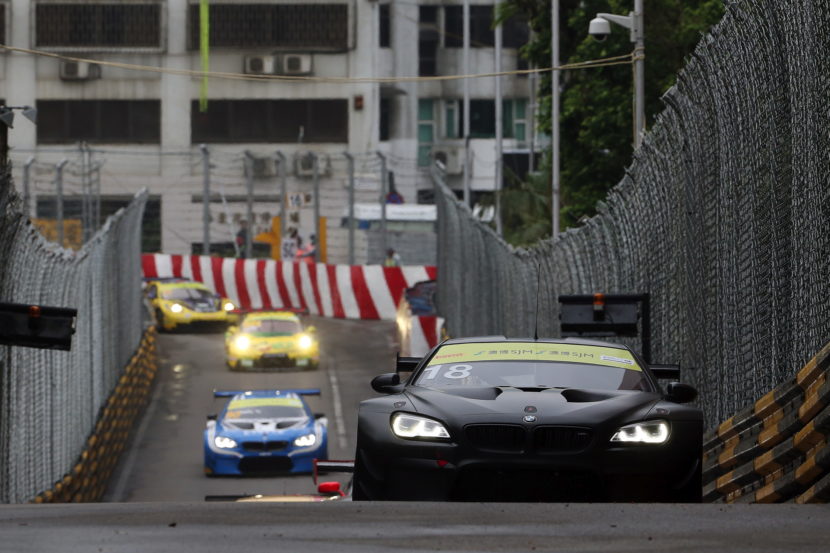 “Everything went well for me here in Macau, apart from qualifying. I felt more and more relaxed after each session. I did touch the wall briefly during the race today. I was really lucky there. My performance was good enough for fifth place in the end. It was my first race on this circuit, and only my third in a GT3 car. I am completely satisfied and hope that I get the chance to come back.”

“In Macau, it is particularly difficult to start from so far back. Of course, I would have preferred a normal start because it was more difficult to make up ground. I benefited from some accidents and finishing in sixth is OK. This result really shows what a great job the team did to put the car back together overnight so that we were able to compete in the final race. The boys gave their all so I am just happy that we made it to the end of the race. Of course, I would have liked to have finished higher, or reached the podium, but that wasn’t realistic today.” 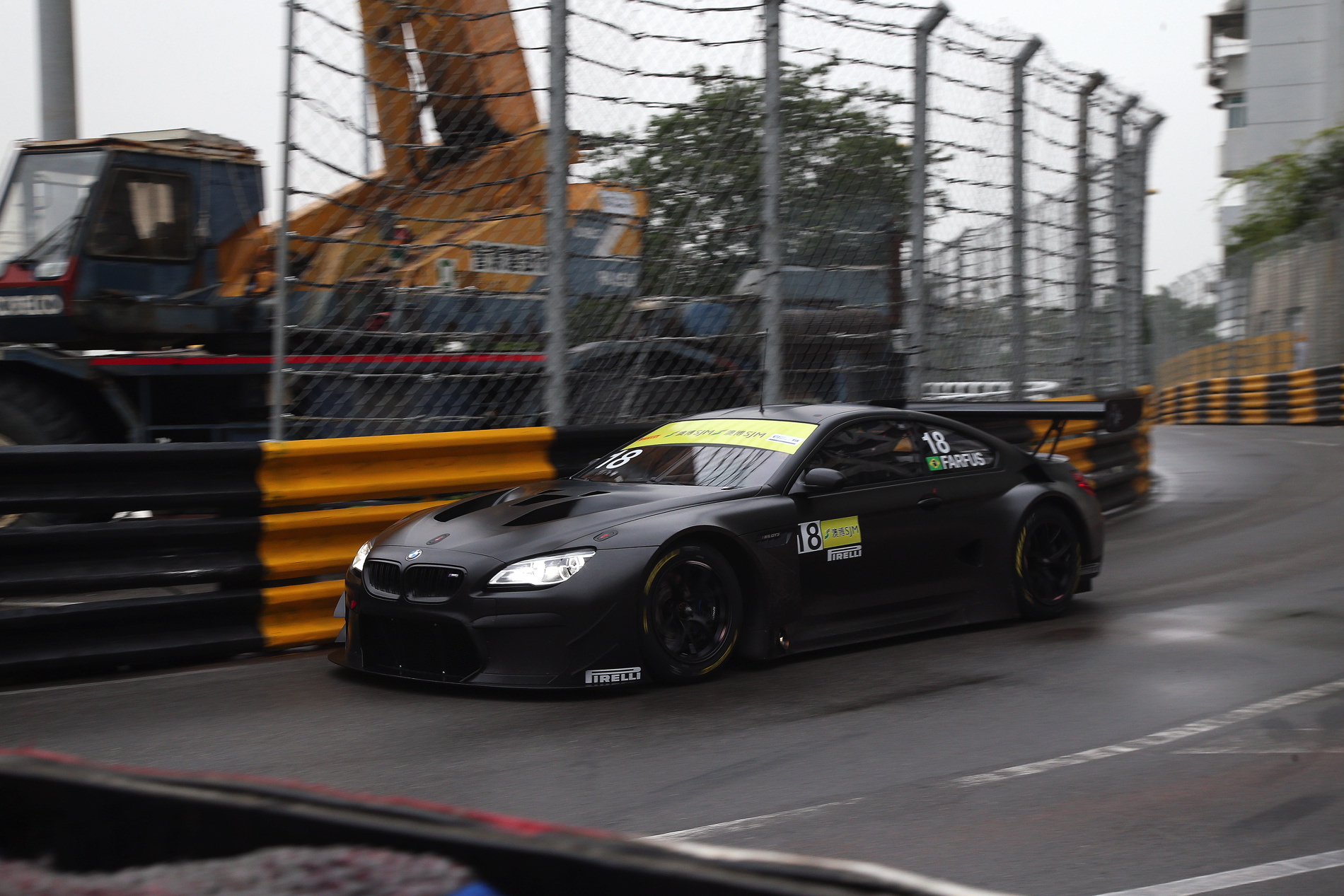 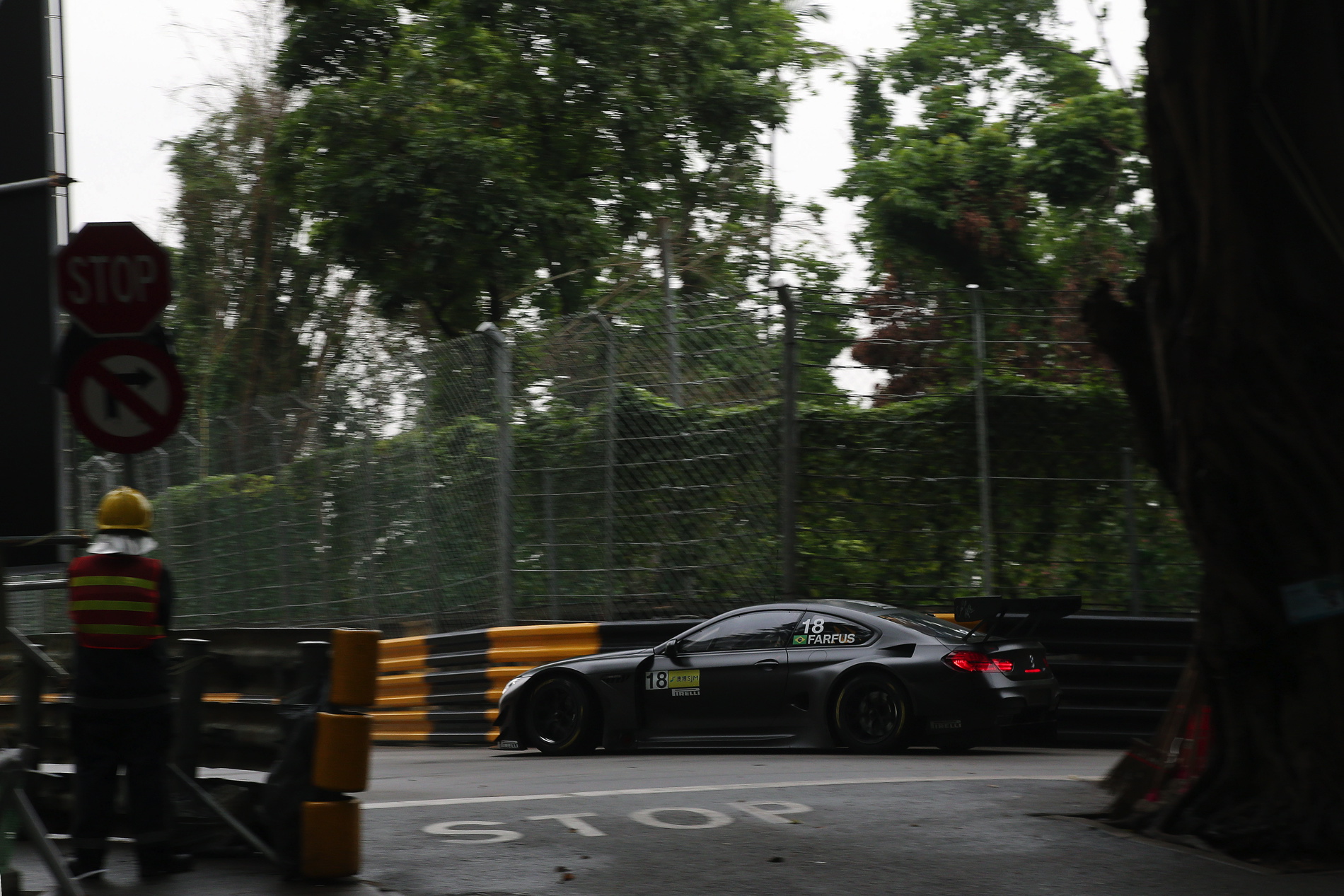 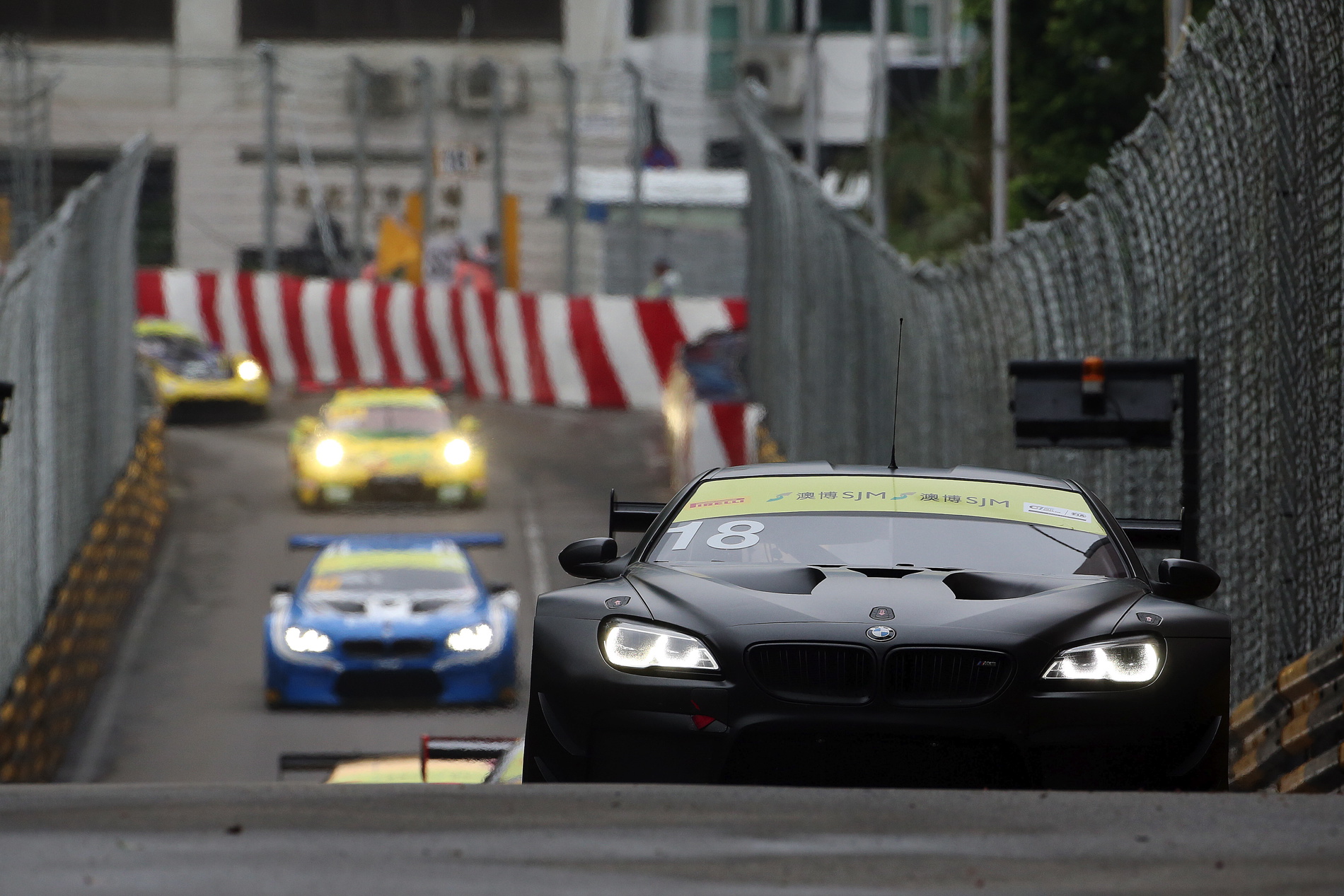 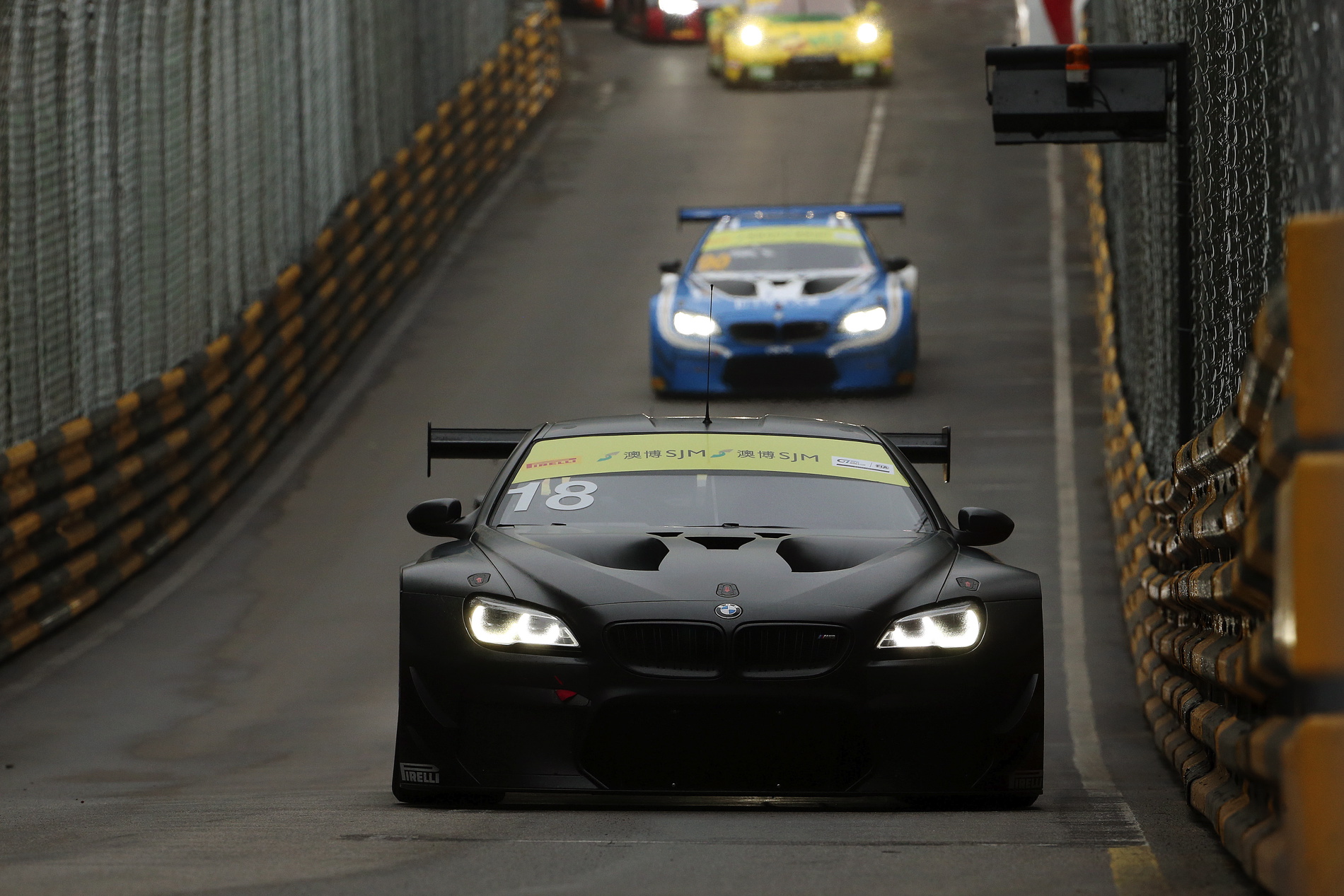 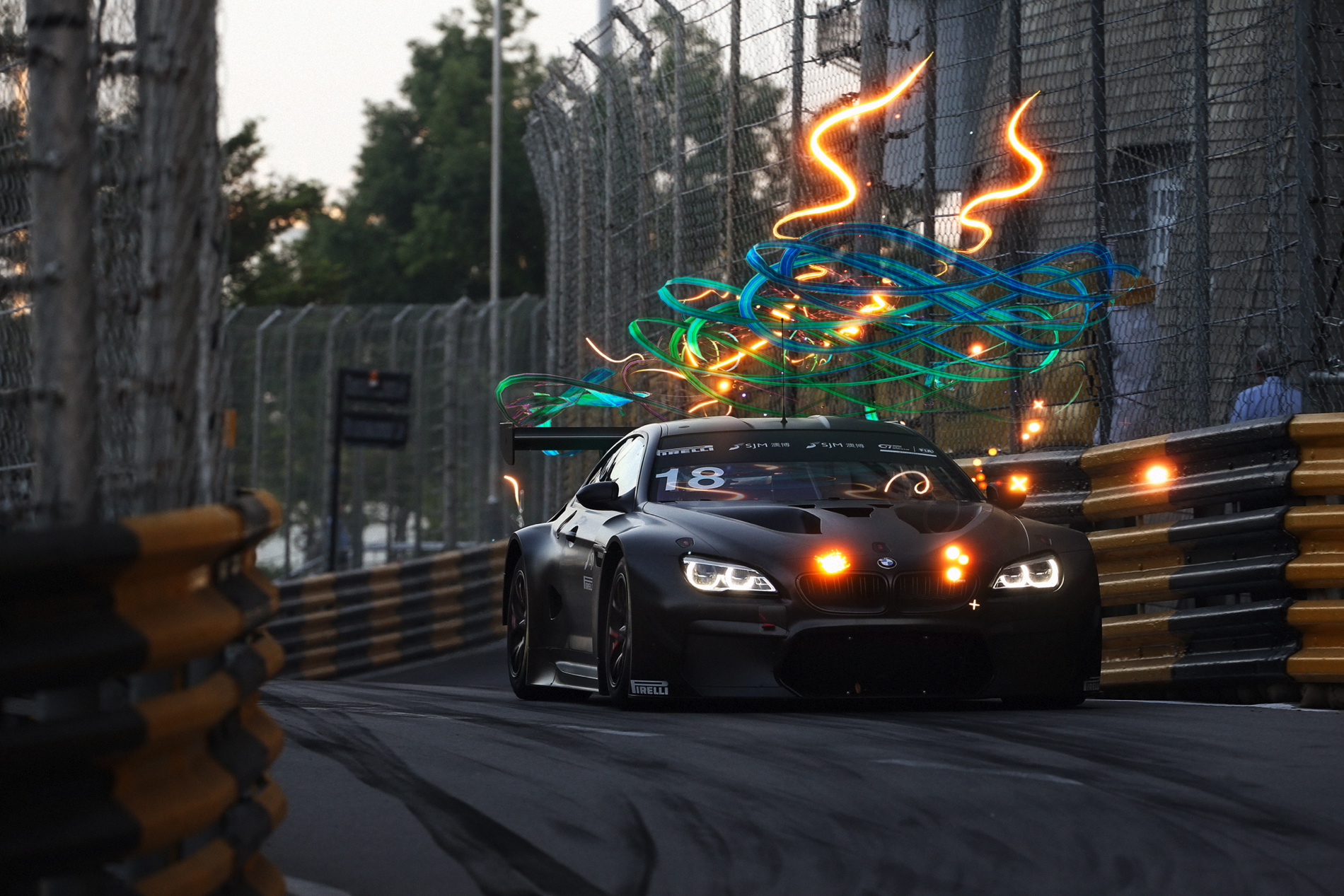 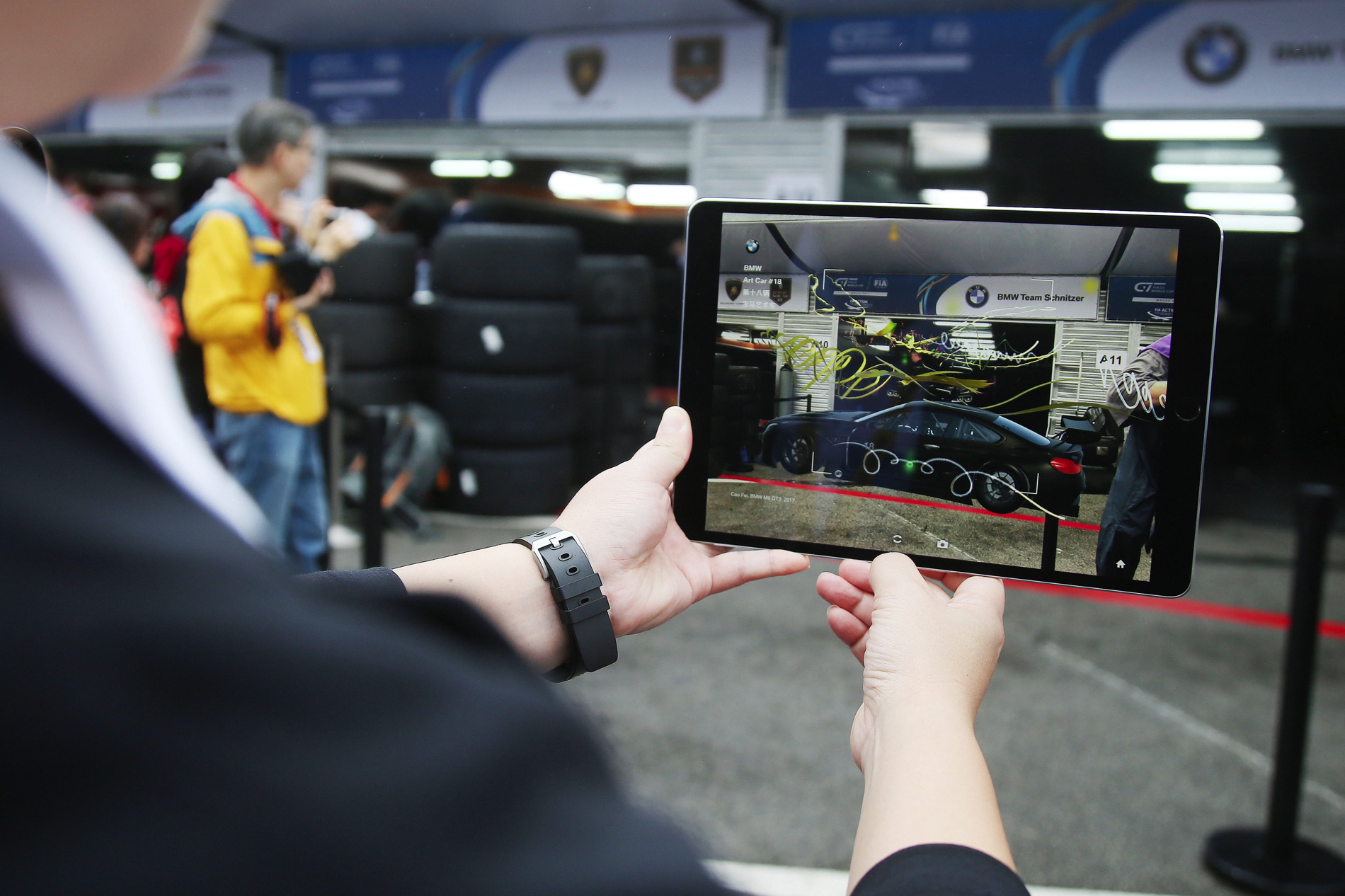 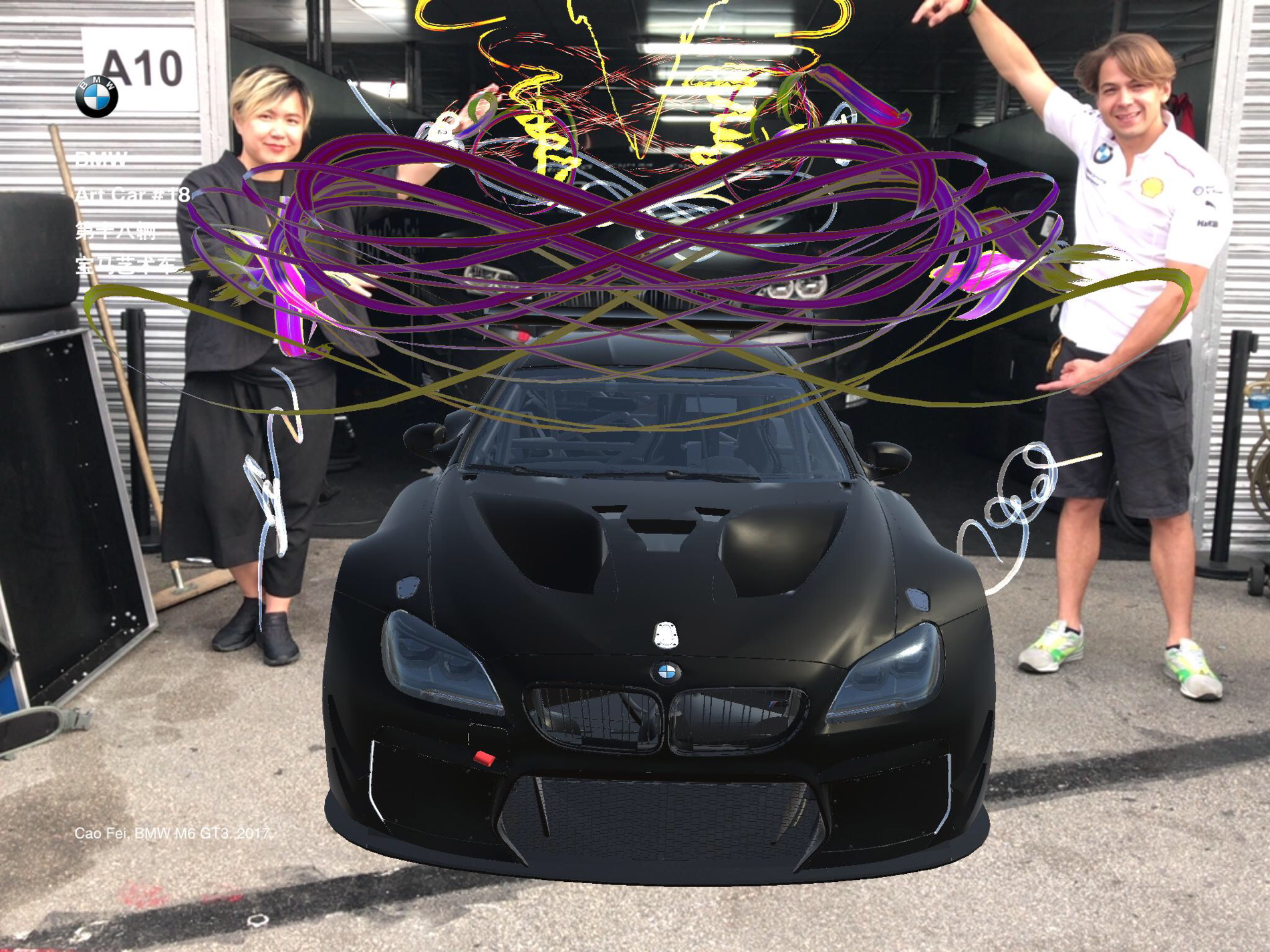