Home » Models » 3 Series » This Queen of Drifting hails from Europe 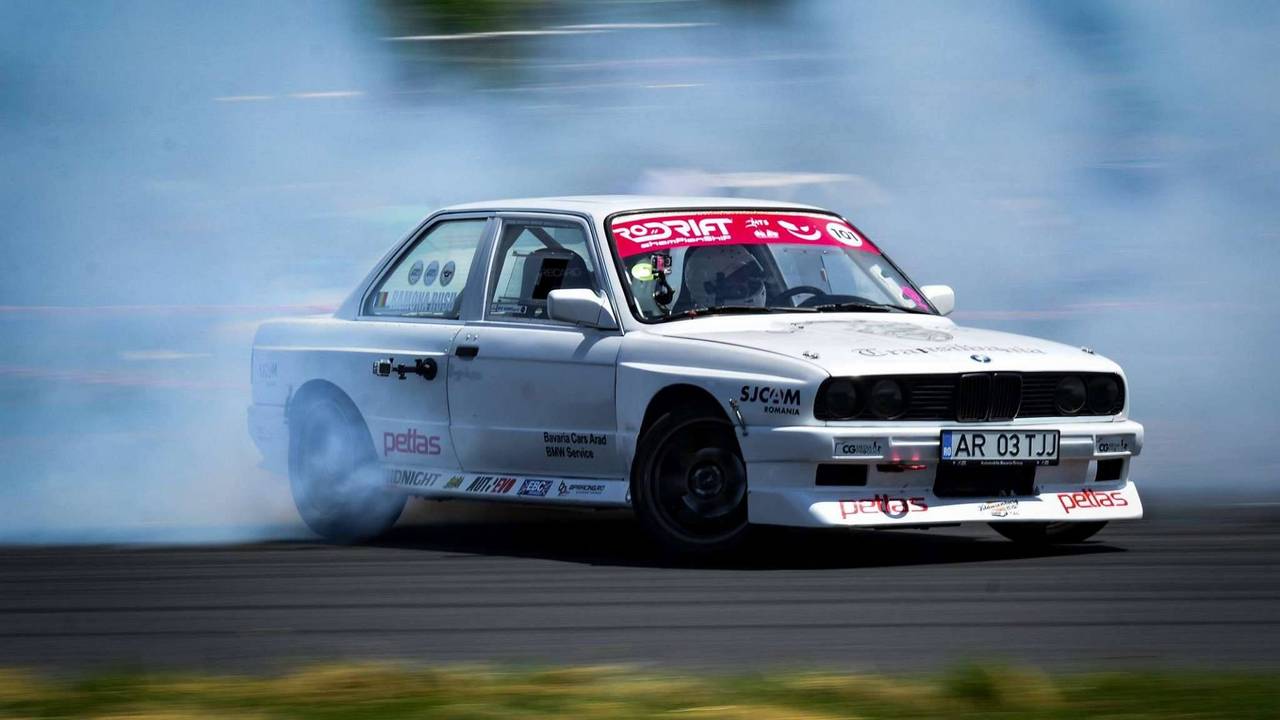 Ramona Rusu is a self-taught professional drifter who managed to claim the Queen of Europe title in the 2014 European Drifting Championship, and, in the same year, come second in the King of Europe competition. It’s a wonderful story about success, and an equally impressive one regarding her drift car’s evolution – the white E30 you see in these pictures.

The E30 started its life with Ramona as a diesel-powered daily driver, and it was a good life – a bit closer to the ground than in its stock guise, wearing aftermarket shiny rims, stylishly cruisin’ in style all day. However, this lasted for about half a year, before the first heart transplant: the 282 hp 4.4-liter M62 V8 taken from a BMW E38 740i replaced the 2.4-liter diesel unit that moved the E30 around. 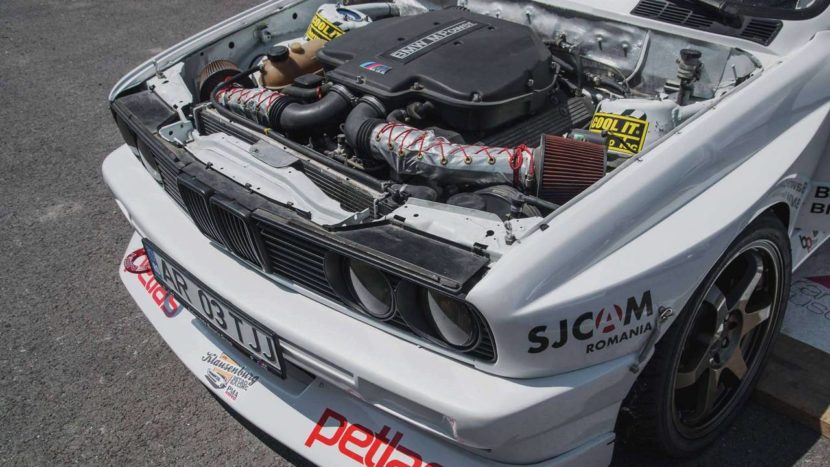 The Bimmer became Ramona’s new drift car, so the list of modifications comprises a lot of other stuff besides the engine swap. The car had to be regulations-compliant and ready for sideways action, so it got an FIA-approved roll-cage (after being stripped out), a hydraulic handbrake, a better cooling system for the engine, a set of ventilated brake discs, a Wisefab lock kit, and XYZ drift-spec coilovers. 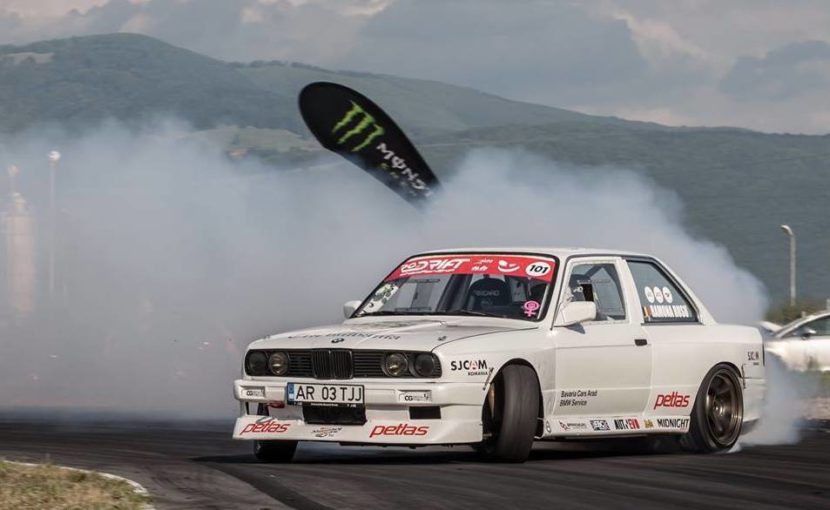 The main reason for choosing E30 at that time, Ramona admits, regarded the budget in the first place — for a European independent pilot, this German coupé was not only accessible in terms of purchasing but also maintenance. Compared to a Japanese counterpart, the E30 was way friendlier with your wallet.

Afterwards, something else happened – Ramona fell in love with the E30’s personality.

“What I like about the E30 is that you really have to be spot-on to handle it on a drift course. It’s quite easy to handle, but the weight transfer happens so quickly that, if you’re not there to catch its rear, it’ll most probably spin you around,” Ramona says.

Two years into competing, she realized she’ll soon want more from the car, so the 4.4-liter V8 was replaced with a bigger one: the 5.0-liter S62 unit coming from a BMW E39 M5. In order to adapt the bigger lump to the new life, it had its ECU remapped, which added some more 25-hp over the 394-horsepower stock figure. 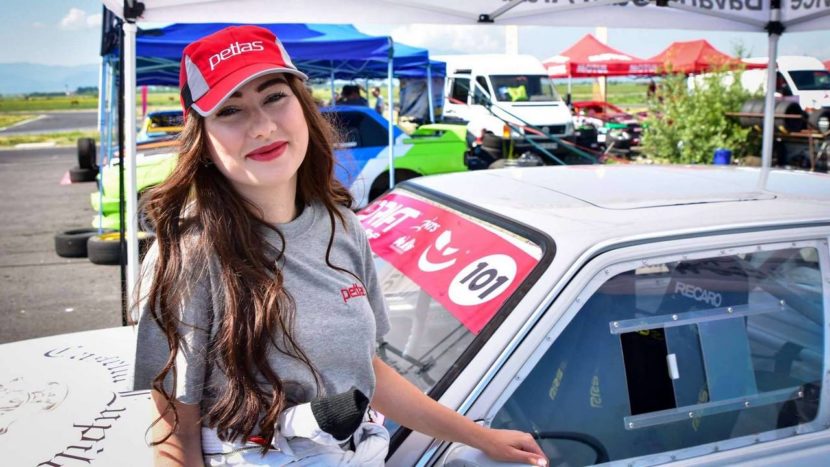 Although she doesn’t know for sure what is going to happen next — Ramona is curious about rallying at the moment — she would like to push the E30 even further in terms of power output. “Force-feeding the 5.0-liter V8 with a bolt-on supercharger would up its power output to about 600-hp,” Ramona told us. 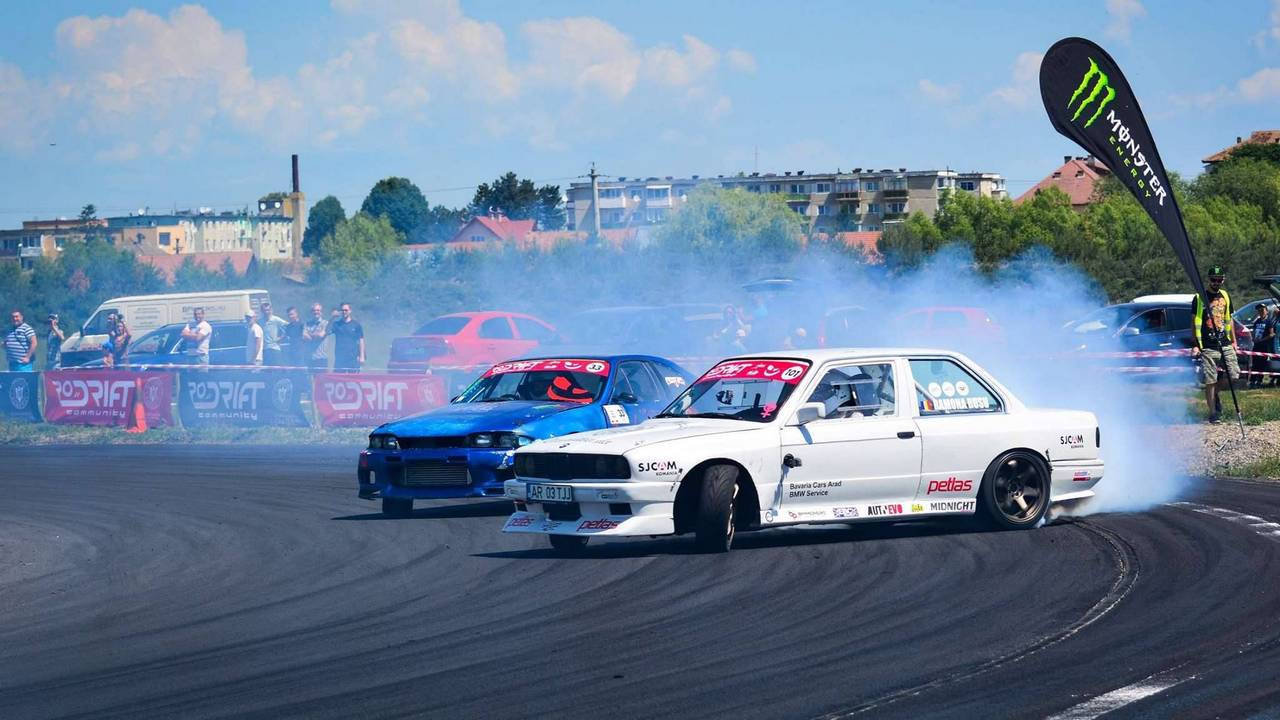 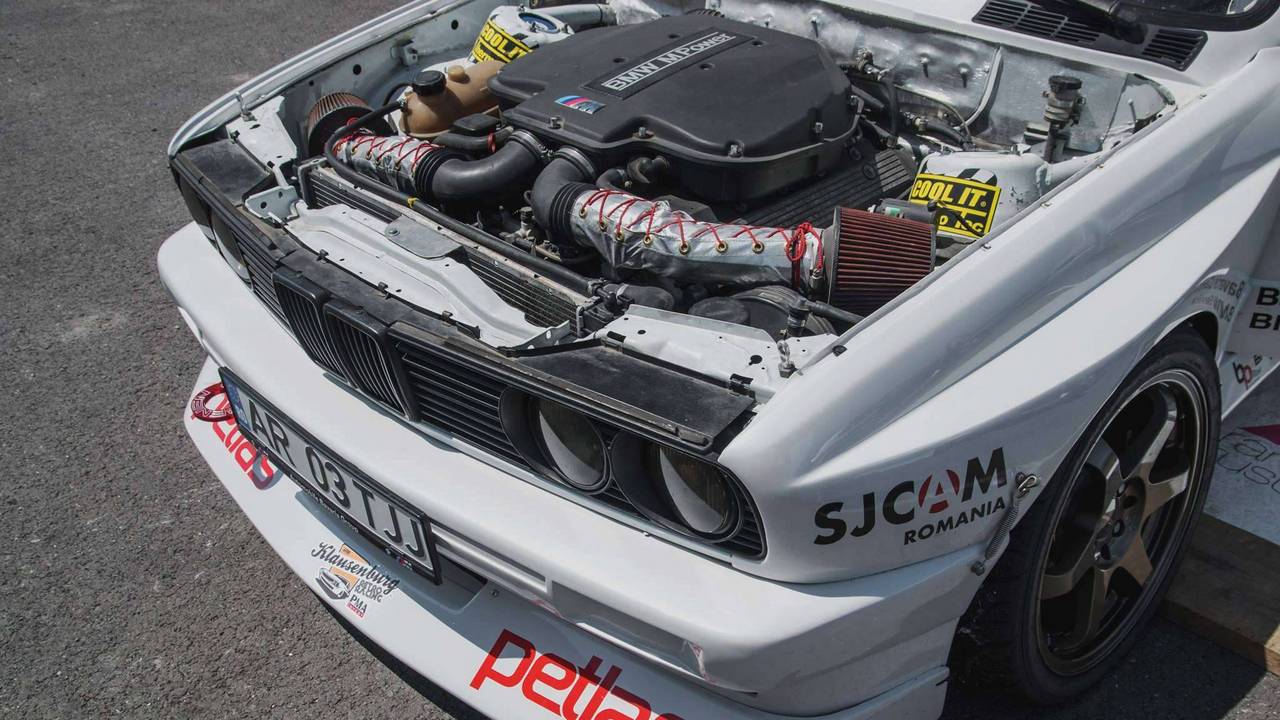 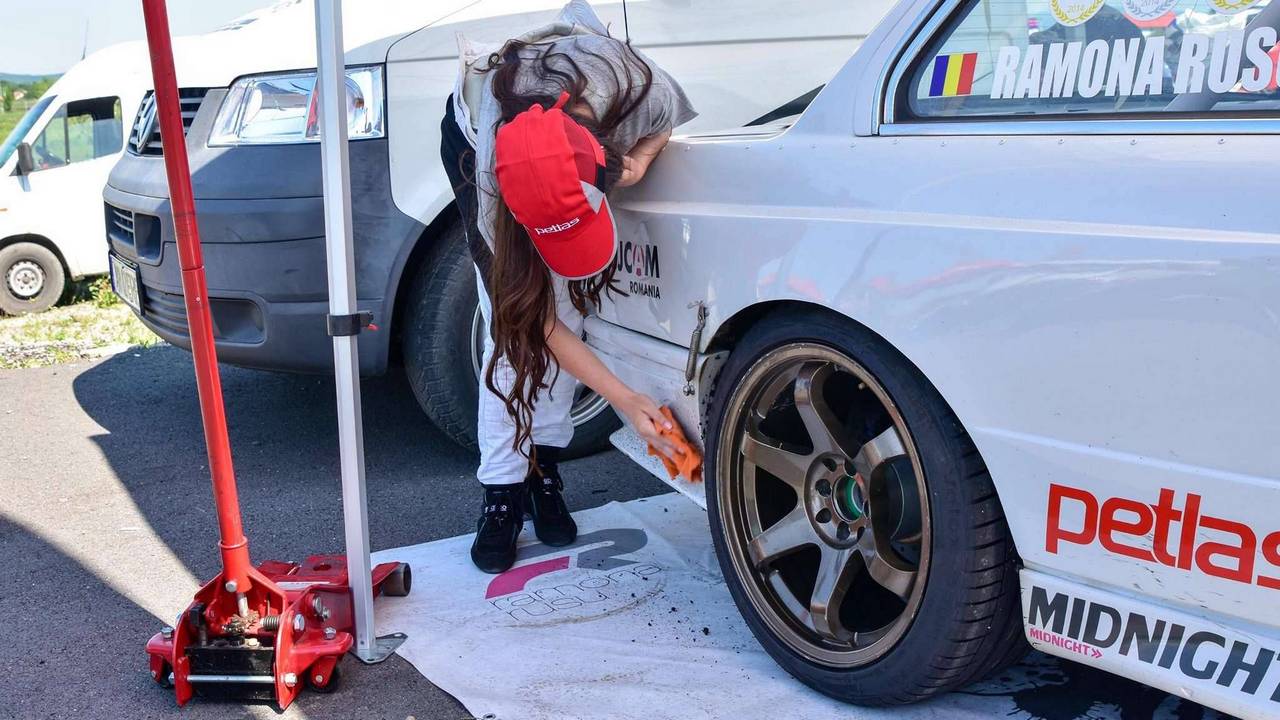 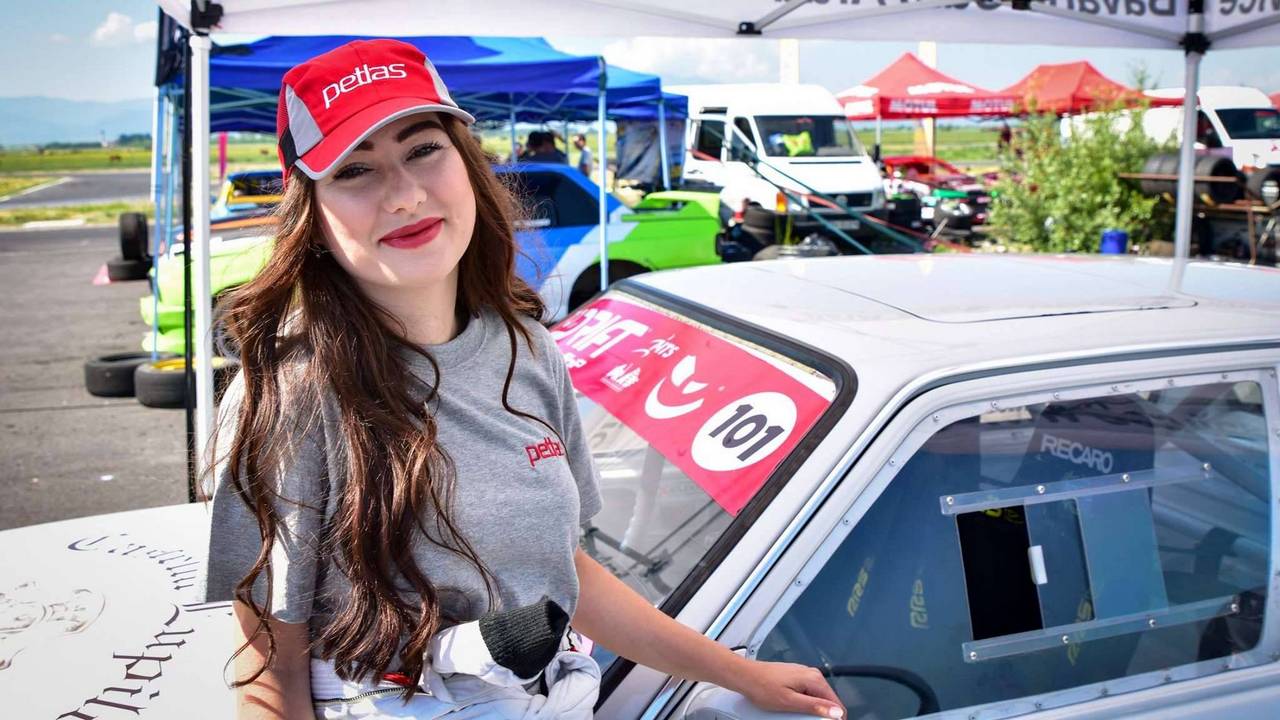 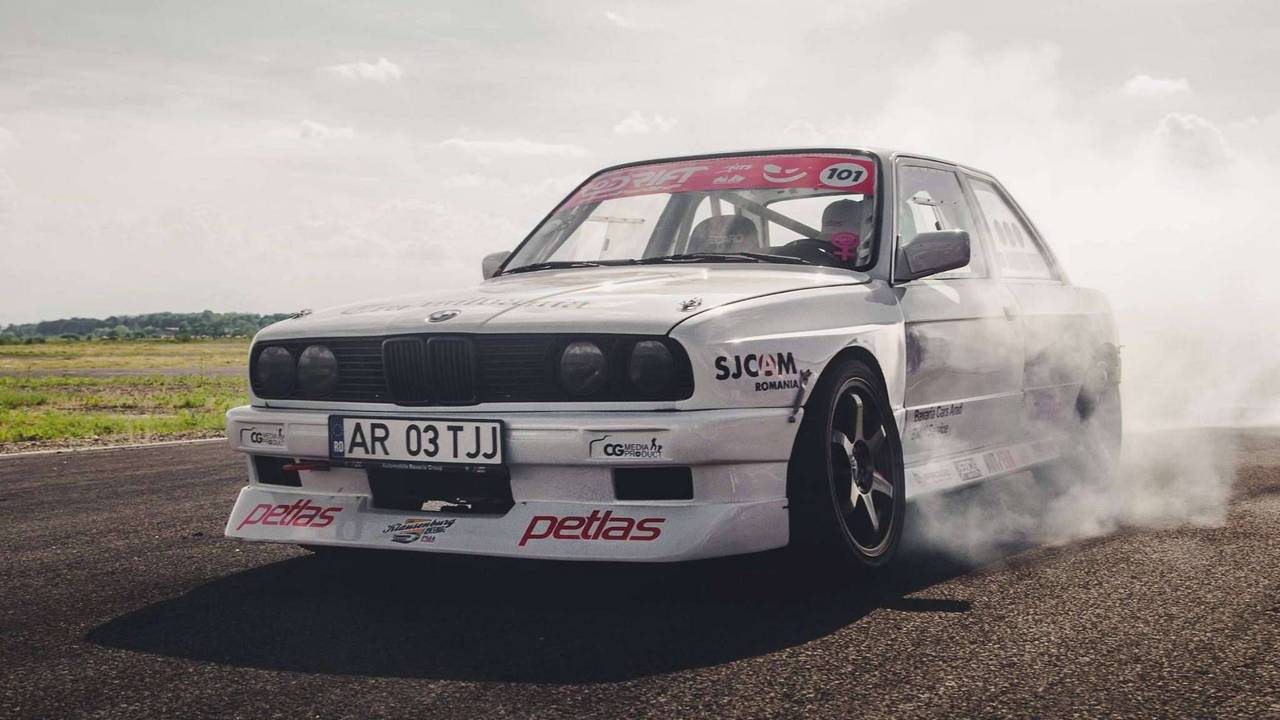 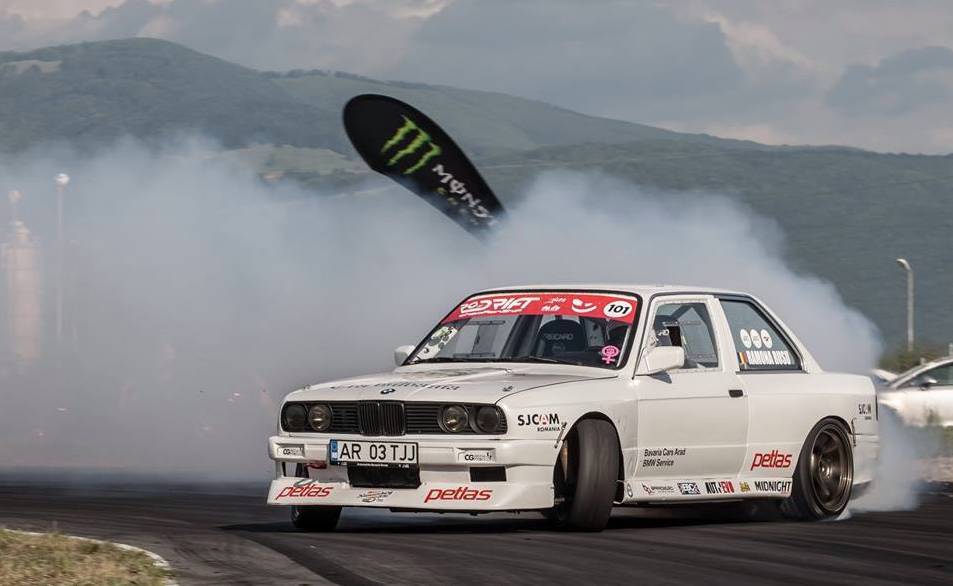 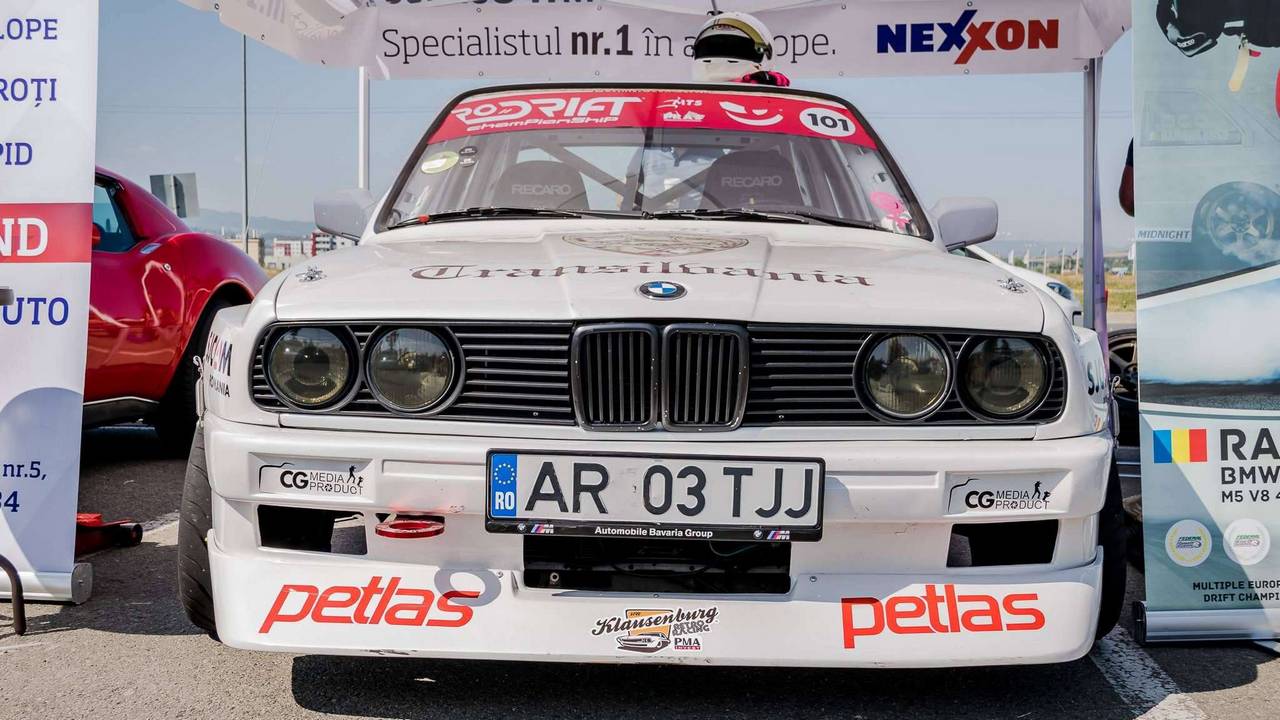