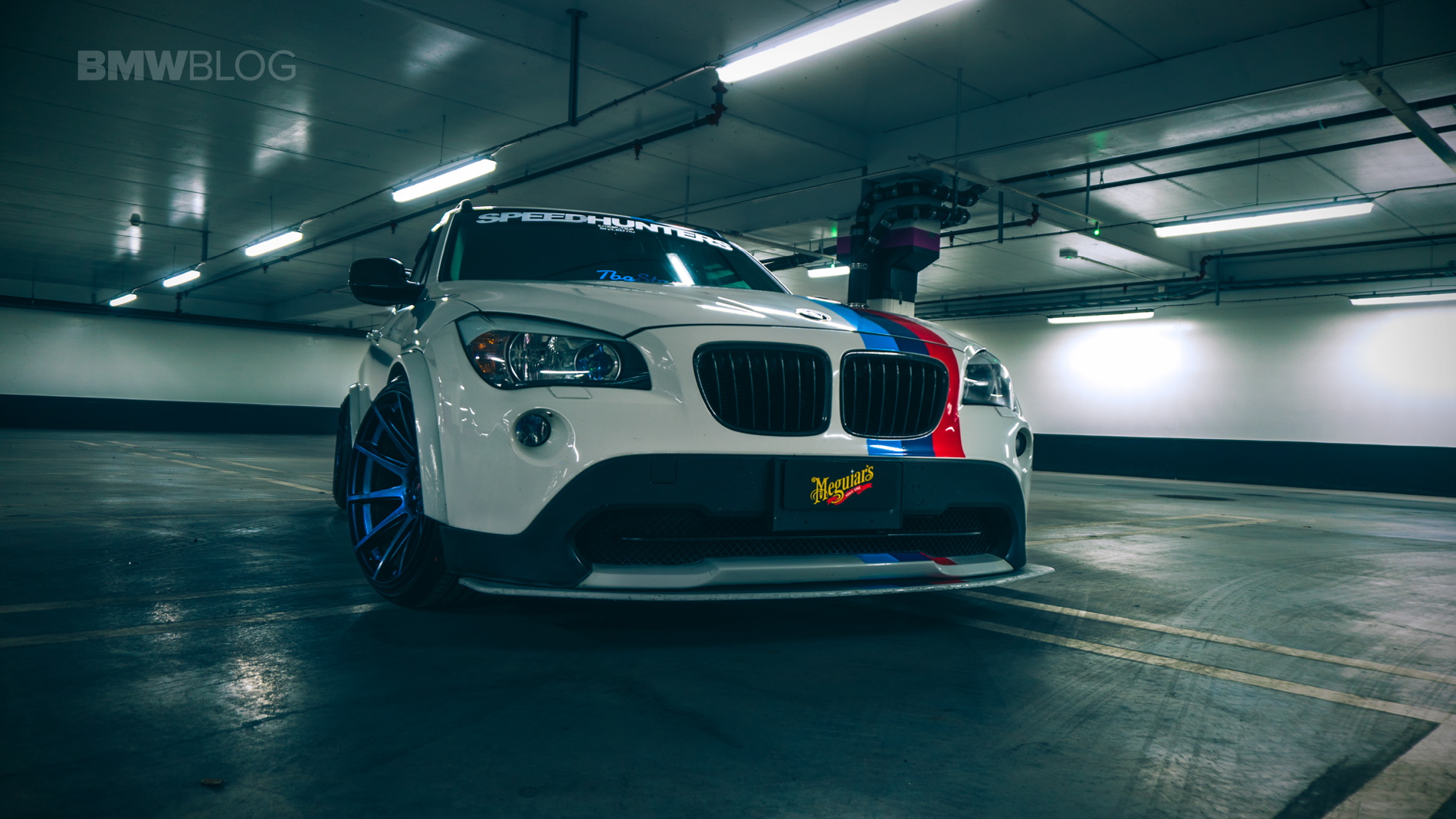 I have no idea where to start this story at. I might not be the most versed individual when it comes to tuned BMWs, but I have never seen such mods on an SUV before. When was the last time you saw widebody, front splitter, carbon fiber rear wing and SUV in the same sentence? So here goes nothing.

Today we’re taking a look at Chrille’s highly modified BMW X1 E84. According to him, this is the 13th look of the car since the bought it two and a half years ago and if there’s one thing you need to know about Chrille is that he’s really passionate about cars in general and about tuning in particular. So passionate in fact, that he ordered the coilovers and booked an engine tune appointment even before he bought the actual car! 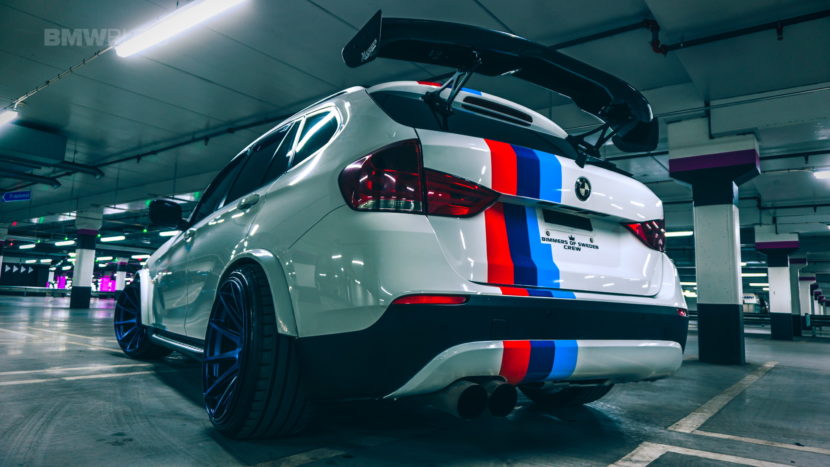 Now, I agree, this isn’t the most powerful BMW out there, but after being driven in it I can safely say that it’s not slow either. It’s got a 1.8 diesel engine tuned to produce about 210HP and, get this, it’s straight piped. So that you can hear the proper diesel sound, according to Chrille.

The car has 19×11” Japan Racing JR11 wheels, 265/30 R19 tires and it’s lowered by 102mm at the front, 80 at the rear by the BC Racing Coilovers, BR Series: Type RA. These are also modified so that if needed, the car can be lowered by an extra 29mm. The fender flares are custom made out of glass fibre, as is the front splitter and to complete the look, a Seibon GT style carbon fibre rear wing has been mounted on the back window. 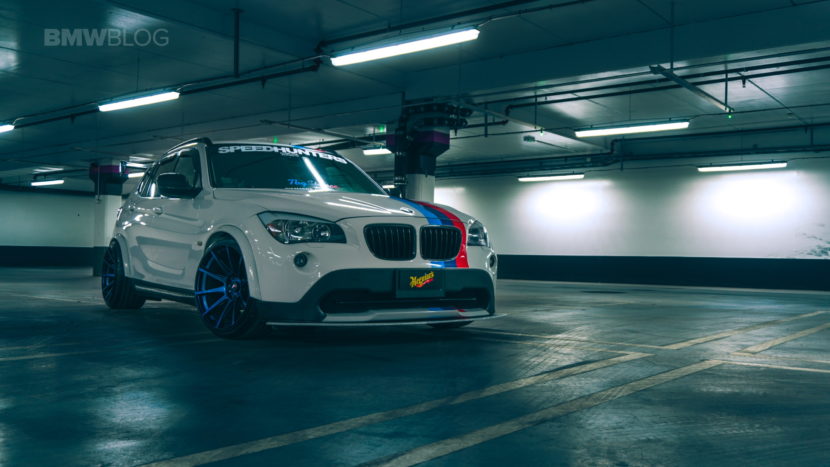 There are other bits and bobs all around the car, like those M stripes going from the front all the way to the back, but I’ll let you discover them in the video below. 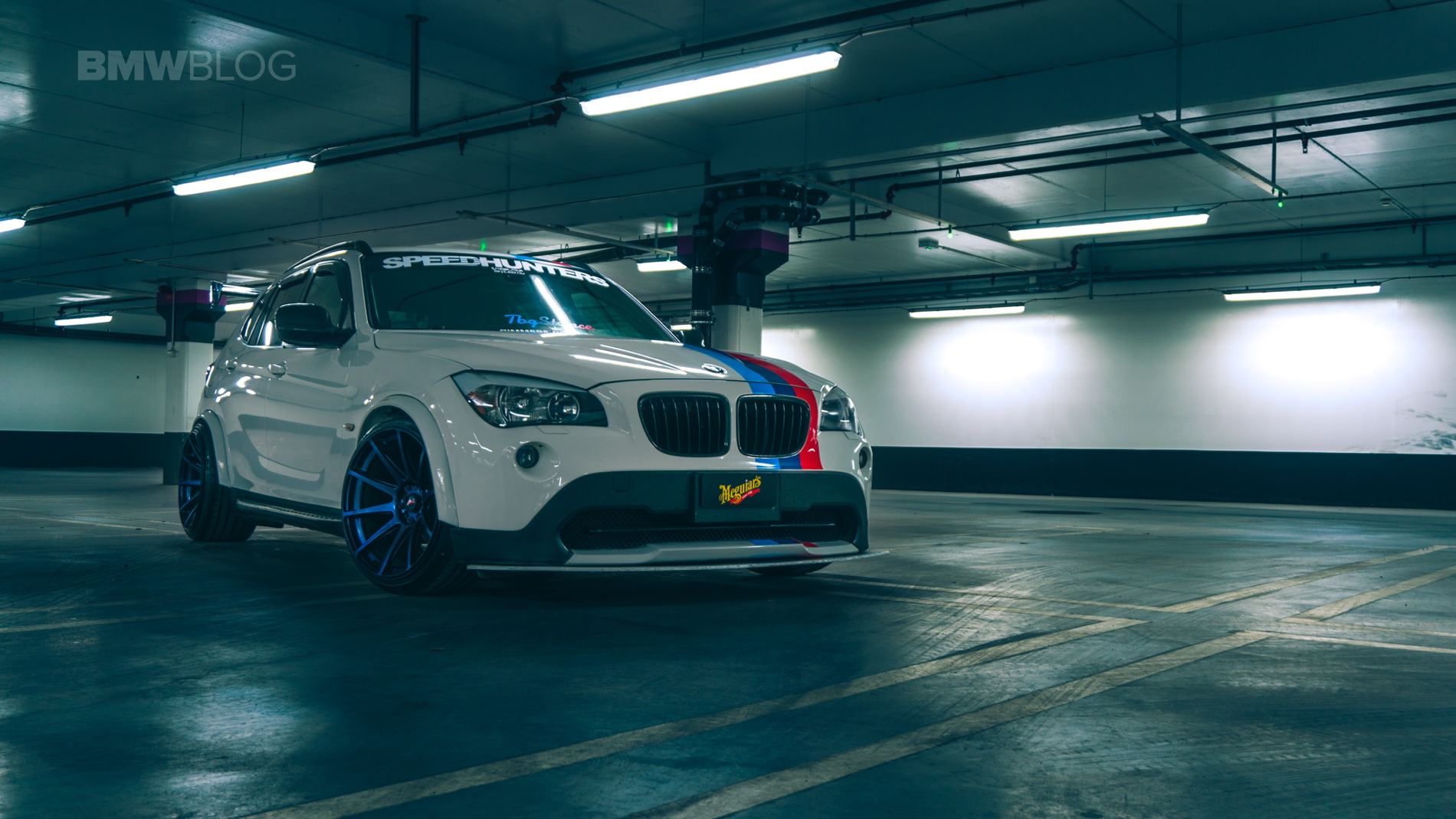 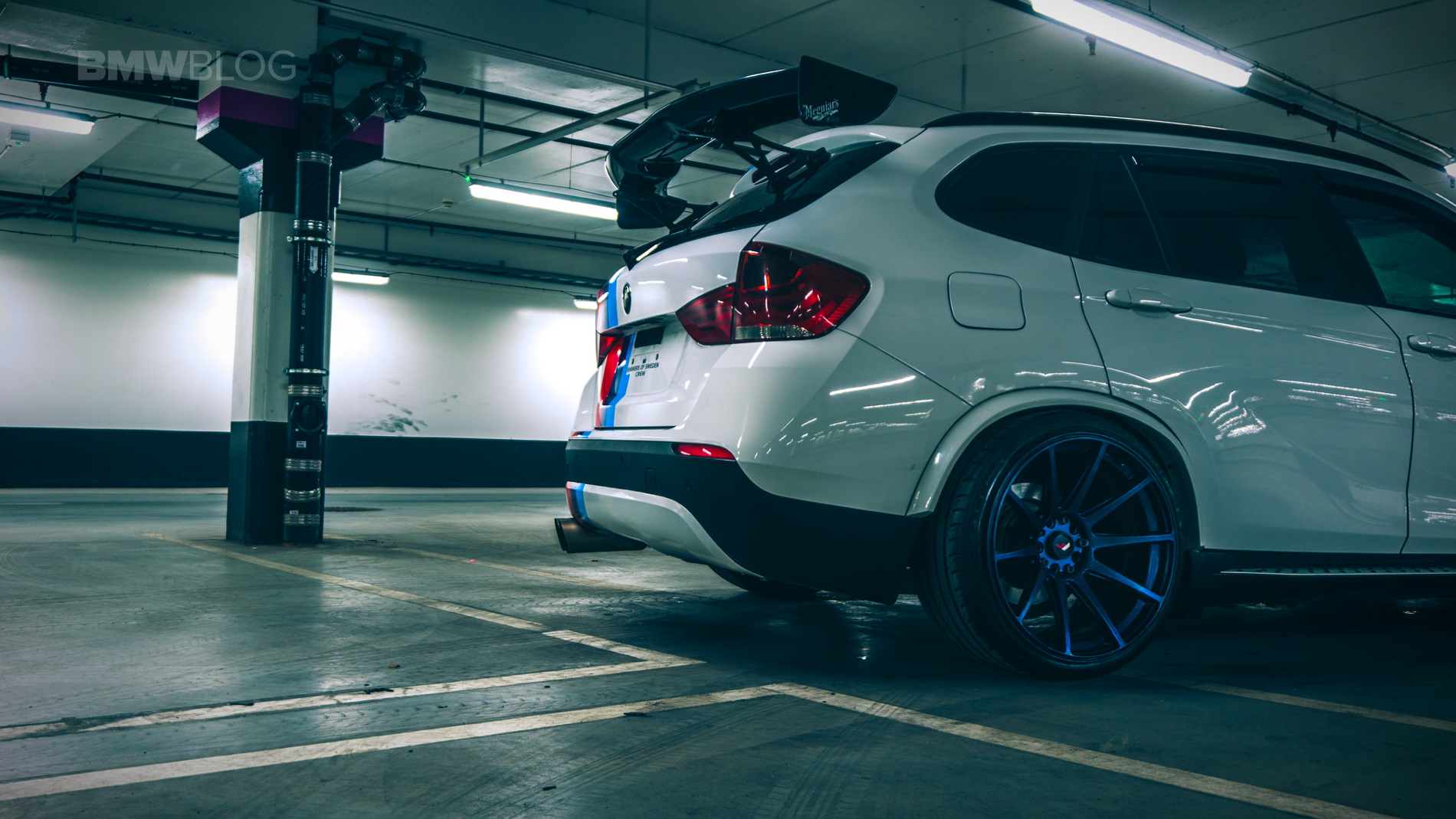 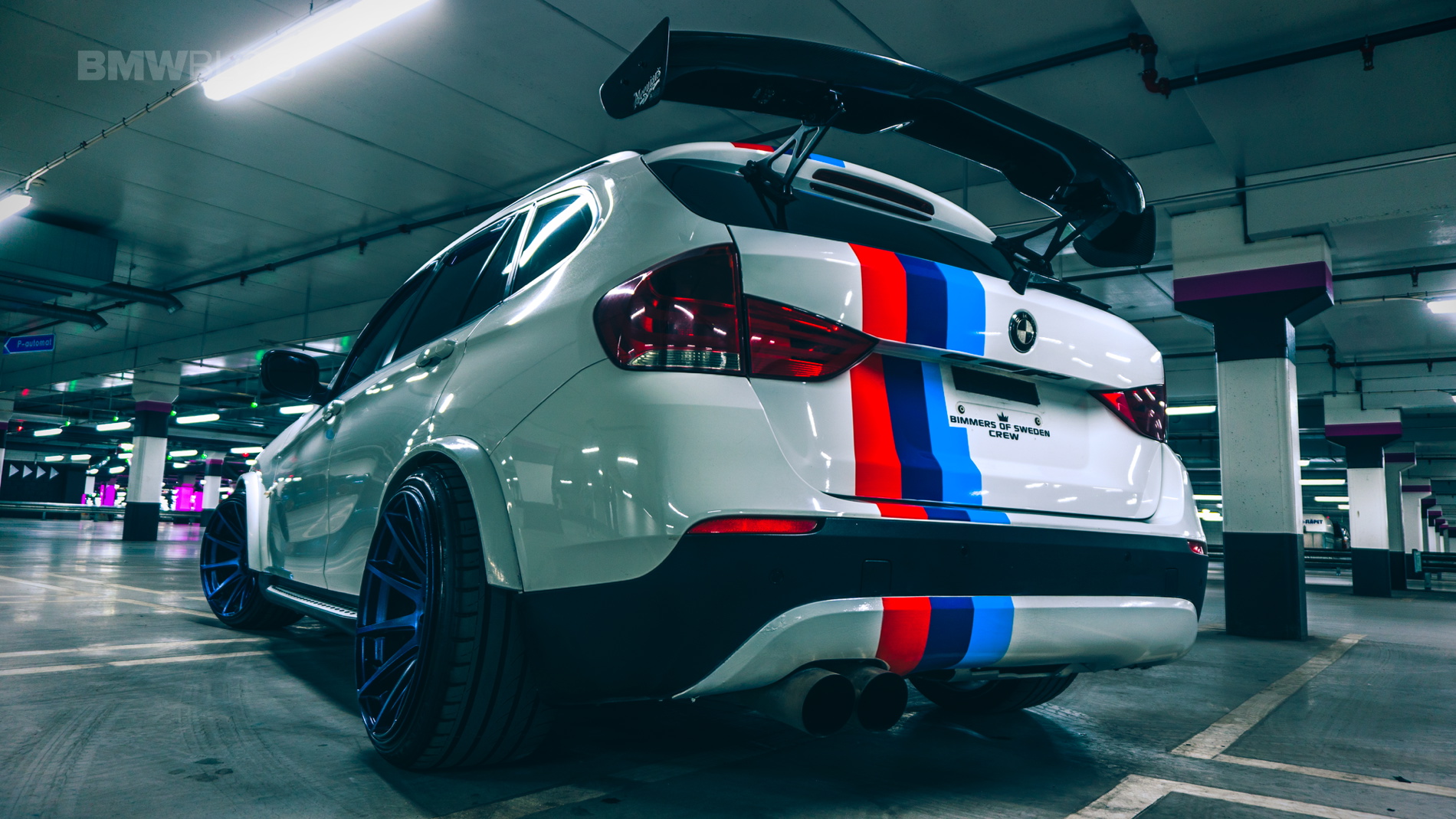 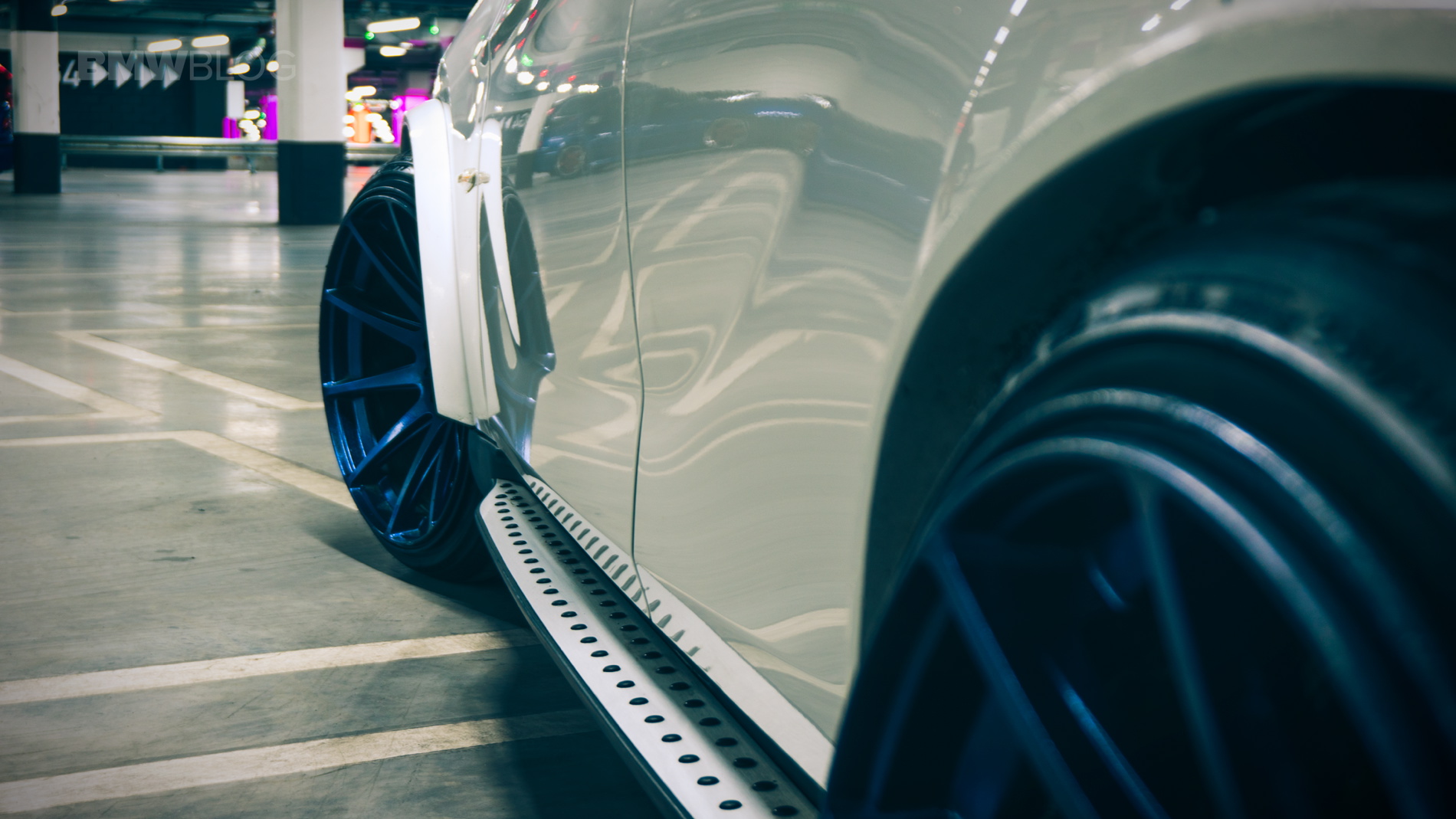