VIDEO: Comedians in Cars Getting Coffee with Christoph Waltz and a BMW 507

Home » News » VIDEO: Comedians in Cars Getting Coffee with Christoph Waltz and a BMW 507

Comedians in Cars Getting Coffee is one of my absolute favorite things on the internet, which is a sentiment share with many car enthusiasts. There’s good reason for it to be so loved by car enthusiasts. First, it always features interesting cars, from the glorious Lamborghini Miura to the hilarious Fiat Jolly. Then, it brings the irreverent comedy of Jerry Seinfeld. I think you need a little bit of irreverence to be a car enthusiasts, especially in today’s world of internal combustion hatred and the lack of popularity in cars. So the show seems to really work well for car enthusiasts. Plus, Seinfeld himself is one of the biggest car enthusiasts in the world. This new episode of Seinfeld’s true show about nothing features the ever-so-beautiful BMW 507 and the fantastic Christoph Waltz.

You probably know Waltz from his incredible performance as Nazi SS Col. Hans Landa. Waltz was able to portray an incredibly evil man with charm, humor and elegance, something that seems impossible until you see the movie. He’s brilliant. As Jerry Seinfeld says, “I’m a Jew, but I love that Nazi”. So pairing Waltz, with his typically perfect Austrian manners and the almost hysterically over-engineered BMW 507 is a perfect match. 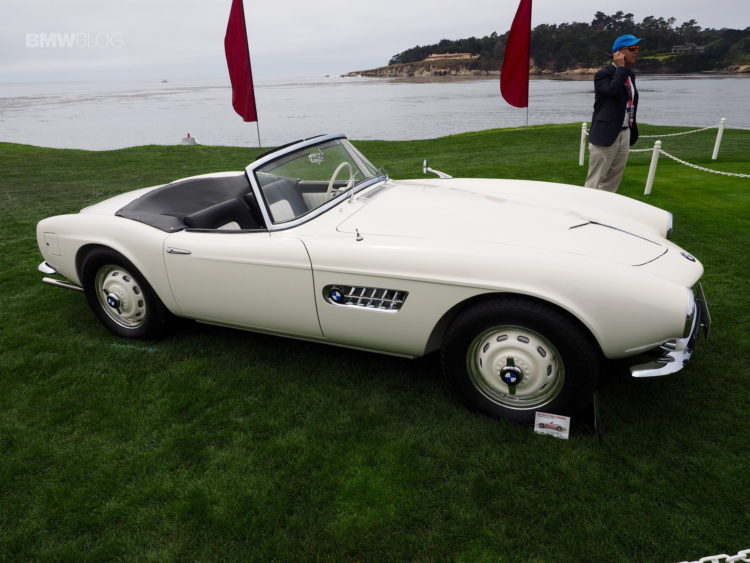 Waltz, as an Austrian man, loves anything mechanical. Seinfeld picks him up at a hardware store, where Waltz is hilariously looking for something in centimeters because “inches don’t make sense”. You’re right, Waltz, they literally make no sense. Once outside, Waltz looks at the car and says it’s the perfect choice. He plays with the overly engineered door handle for what seems like minutes, as Jerry tells him to get in the car, as that’s the point of the show. It’s that scene that shows how perfect the car and Watlz are together in this episode. The 507 is so over engineered that it’s charming and funny. Waltz is so perfectly well-kept and well-mannered that he’s funny. It’s a charm that they both seem to share.

Then, they take a nice cruise in the BMW 507 to the most culturally diverse chain of restaurants in America…IHOP. Their banter about the food is funny and watching Waltz roll a ball of butter off his pancakes with the most polite disdain on his face I think I’ve ever seen is hilarious. After IHOP, they take a gentle paddle boat ride with some champagne and a couple of cigars. It’s the way Austrians live, apparently. 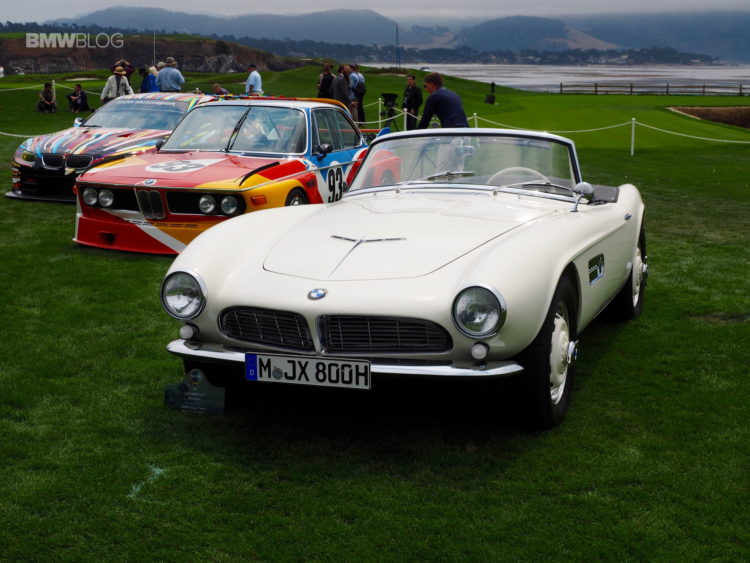 It’s a funny episode and features one of the best BMWs of all time, and quite possibly the most beautiful, so check it out.

4 responses to “VIDEO: Comedians in Cars Getting Coffee with Christoph Waltz and a BMW 507”