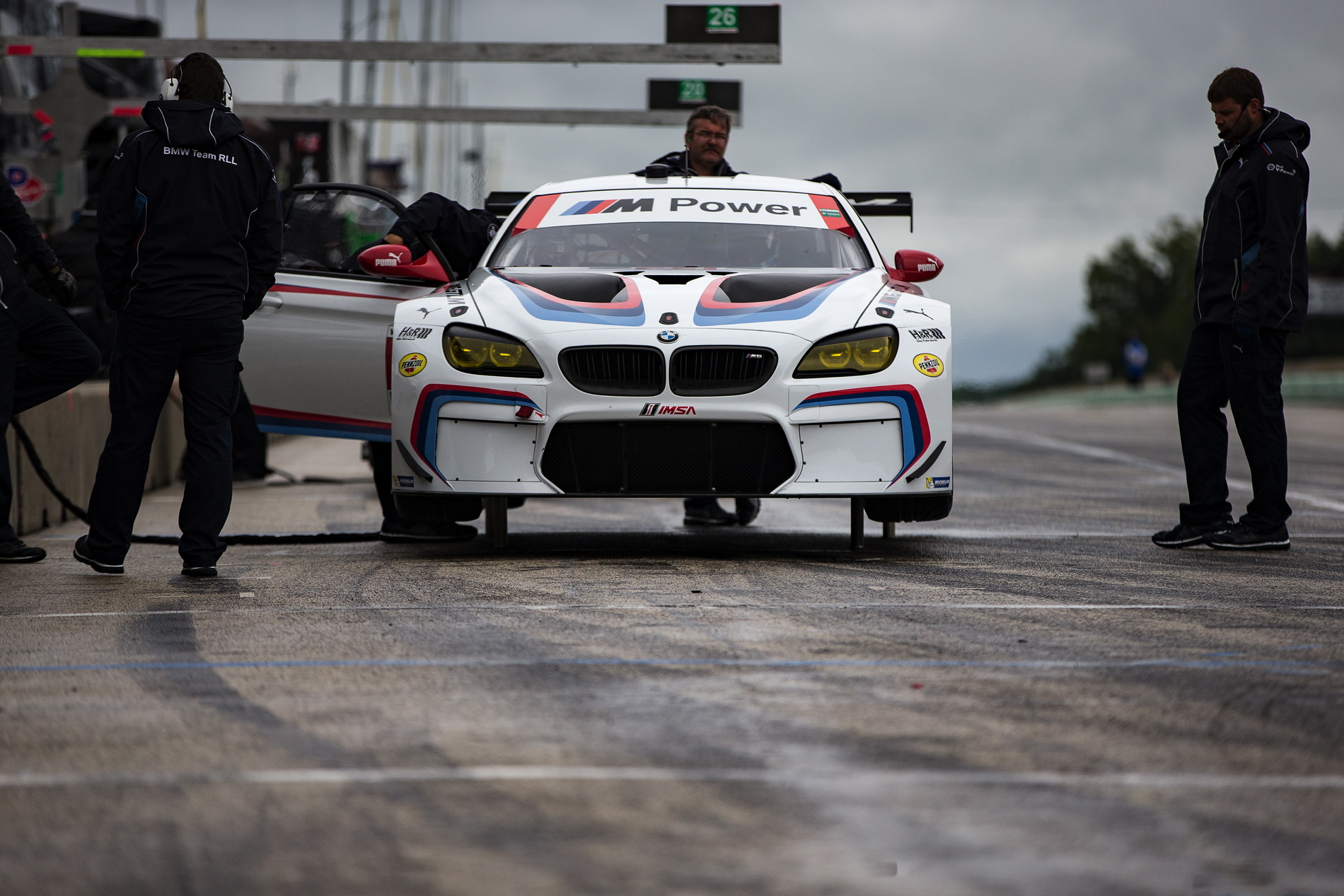 With the weather forecast changing towards a more favorable one than predicted yesterday, the green flag flew to start the race. Sims, starting the No. 25 M6 from the third position, quickly jumped to second and began hounding the leading Ford GT. Tomczyk, forced to start the No. 24 M6 from the rear of the entire grid after an precautionary engine change post qualifying, was quickly through the GTD class in five laps. The race’s first caution period on lap seven gave him the chance to close to the rear of the GTLM class and after a return to green on lap nine he raced past both Corvettes into sixth place. 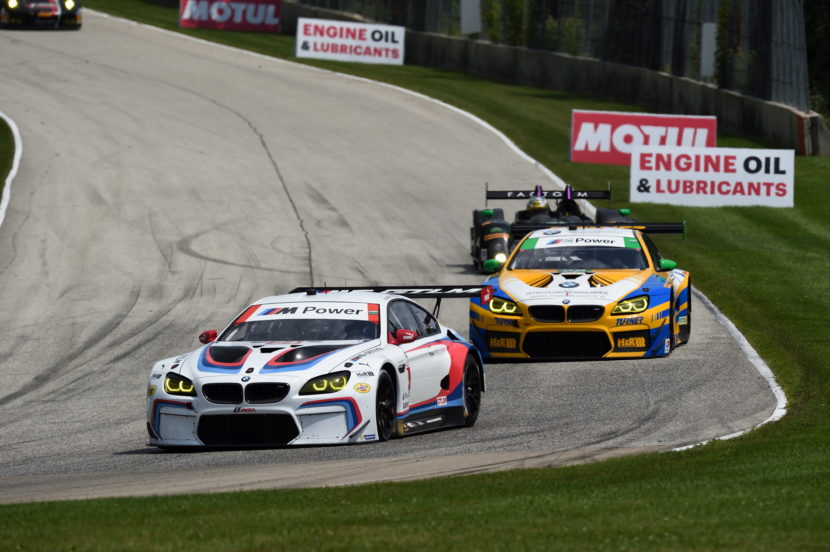 With the team deciding to run a different strategy, Tomczyk brought the No. 24 M6 in for a stop on lap 19 and hand off to John Edwards after fuel and tire service. Sims continued to hold second place in the No. 25 M6, six seconds from the leader. As the remaining GTLM cars pitted, including Sims handing off to Auberlen on lap25, Edwards moved up into second place. At the one hour mark Edwards raced in second, Auberlen in fifth. Only seven laps later Auberlen returned to the pits with a right front suspension issue. The crew effected repairs to the damper, but the No. 25 car lost two laps and it appeared was eliminated from a good points day.

Fortunately, two caution periods in the final hour of the race allowed Sims, who replaced Auberlen on lap 51 during the final yellow, to regain the lead lap and challenge for a fourth place finish. Contact with the No. 4 Corvette on the final lap of the race and the resulting damage slowed Sims’ progress and he ultimately finished sixth.
Unfortunately, the last caution period was caused by John Edwards in the No. 24 M6 when he ran out of gas at the pit lane entrance as the team tried to maximize fuel mileage. He was towed back to the paddock and refueled but in the closing minutes of the race was unable to make up the two laps lost. 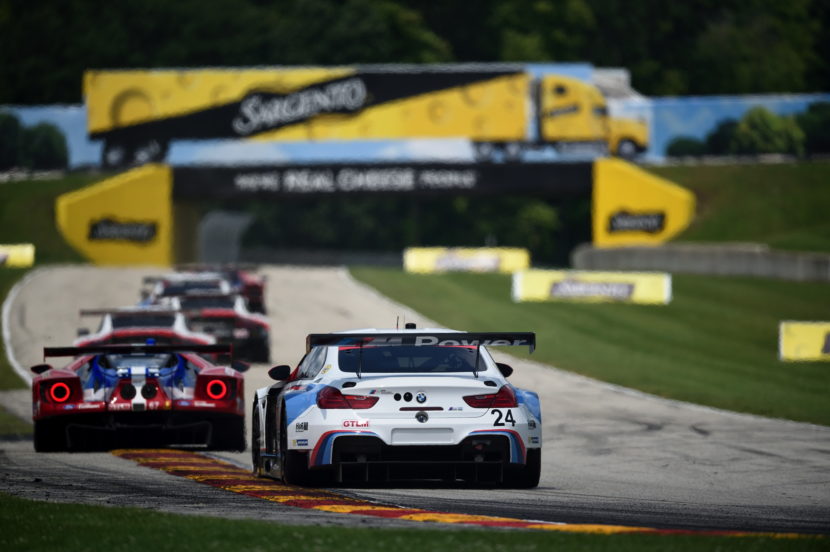 “Certainly, today was a very tough day for us,” said Neil Fife, BMW Team RLL Race Engineer. “The No. 24 car gambled with a strategy that required a balance of reasonable pace and fuel mileage. Martin and John did an excellent job, but we missed the mark. Their misfortune assisted the No. 25 car to regain all of what was last from the mechanical issue earlier in the race and challenge for a top-four result. Unfortunately, contact ended what could have been a good points finish.”

Bill Auberlen, driver No. 25 BMW M6 GTLM (P6): “That race was quite a roller coaster ride. We were up, then down, then up again, and on the last lap right back down again.”

Alexander Sims, driver No. 25 BMW M6 GTLM (P6): “The end of the race was very exciting. The M6 was working very well and I was better under braking than the Corvette in a few corners. On the white flag lap he had a bad run out coming out of the last corner and I was right behind him. Between turns one and three I felt I was close enough to make a move, but by the time we entered the corner the gap disappeared and a disappointing finish is the result.” 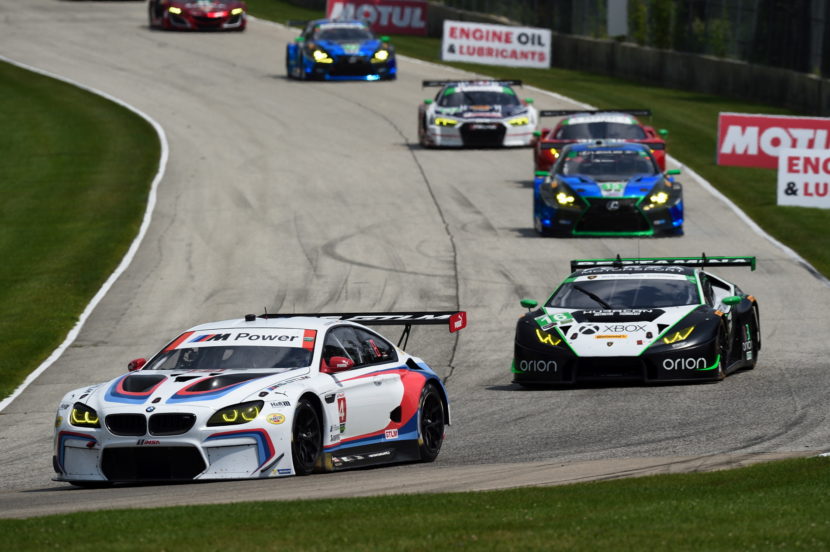 John Edwards, driver No. 24 BMW M6 GTLM (P8): “Considering where we started the race we knew we would have to get clever with strategy. With where we stand in the championship we are are going to take the risk. We gambled today, but it did not pay off.”

Martin Tomczyk, driver No. 24 BMW M6 GTLM (P8): “After showing how competitive we were in free practice today’s result was very disappointing. A miscalculation ended what could have been a good day.”

Round Nine of the 2017 IMSA WeatherTech SportsCar Championship, the Michelin GT Challenge at VIR, will be held Aug. 27 at Virginia International Raceway, in Alton, Va. The race will be broadcast on Fox Sports 1 beginning at 1:30 p.m. ET. Follow BMW Team RLL on Twitter at @BMWUSARacing for “from-the-pit-box” updates all weekend. 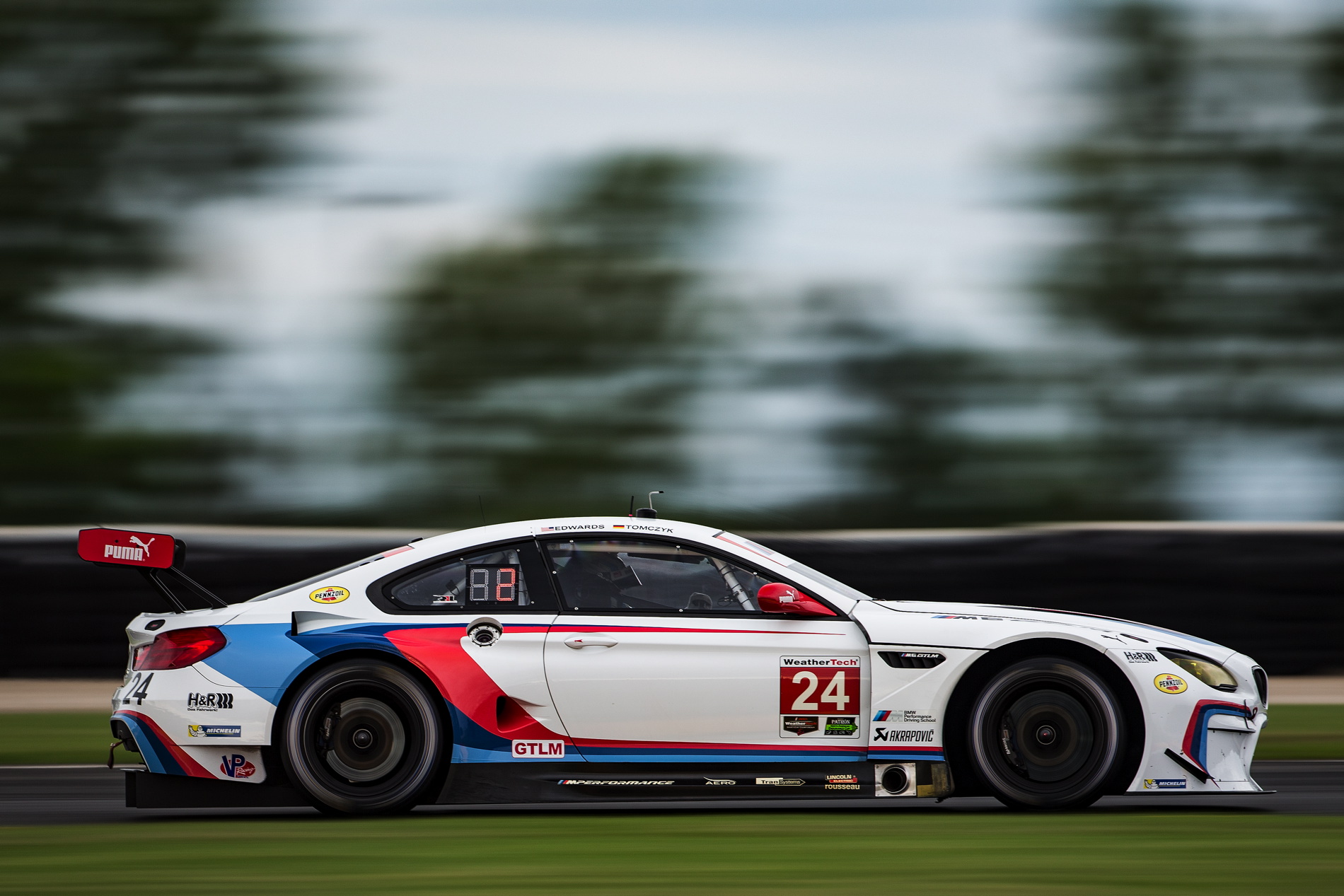 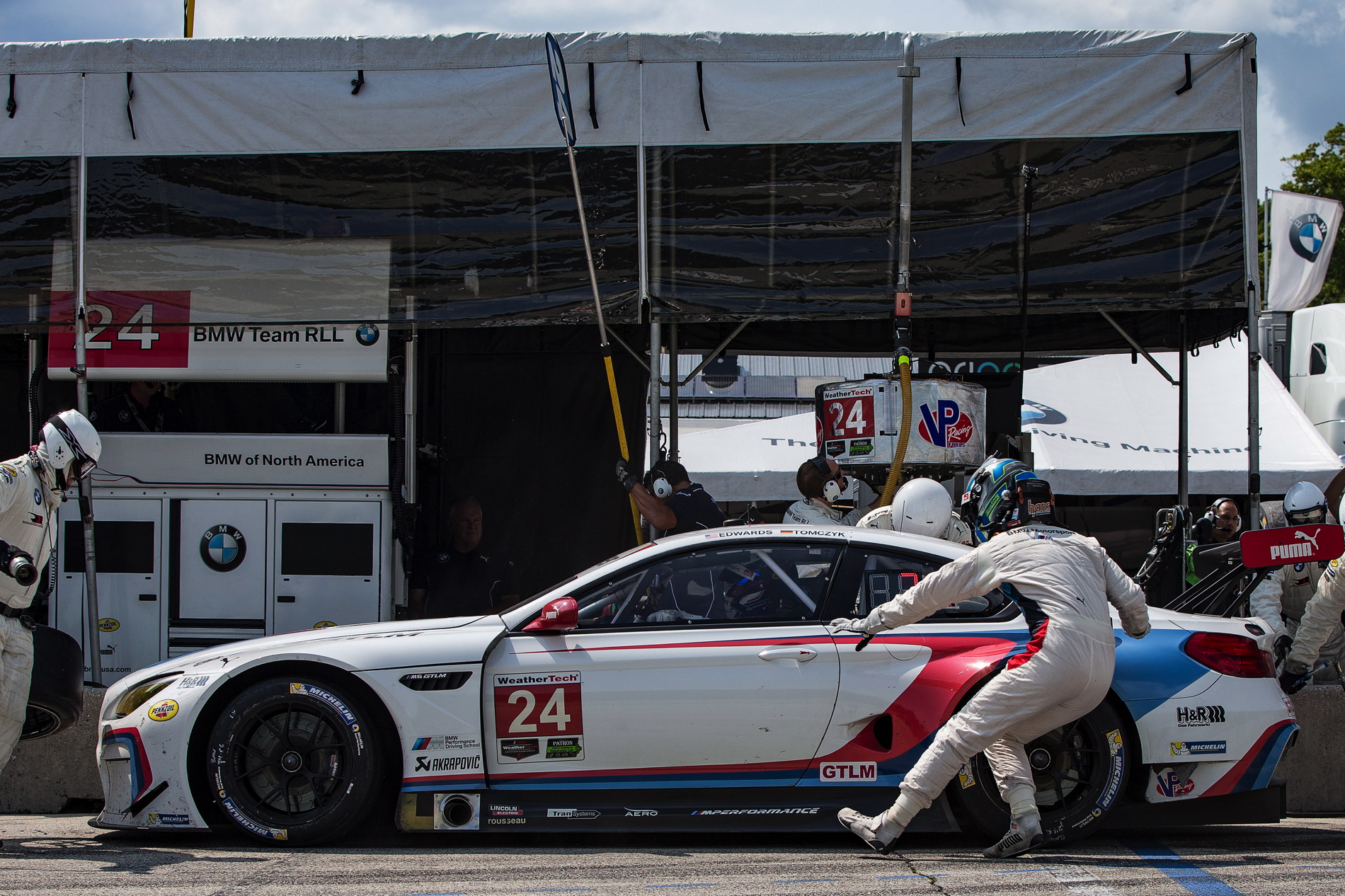 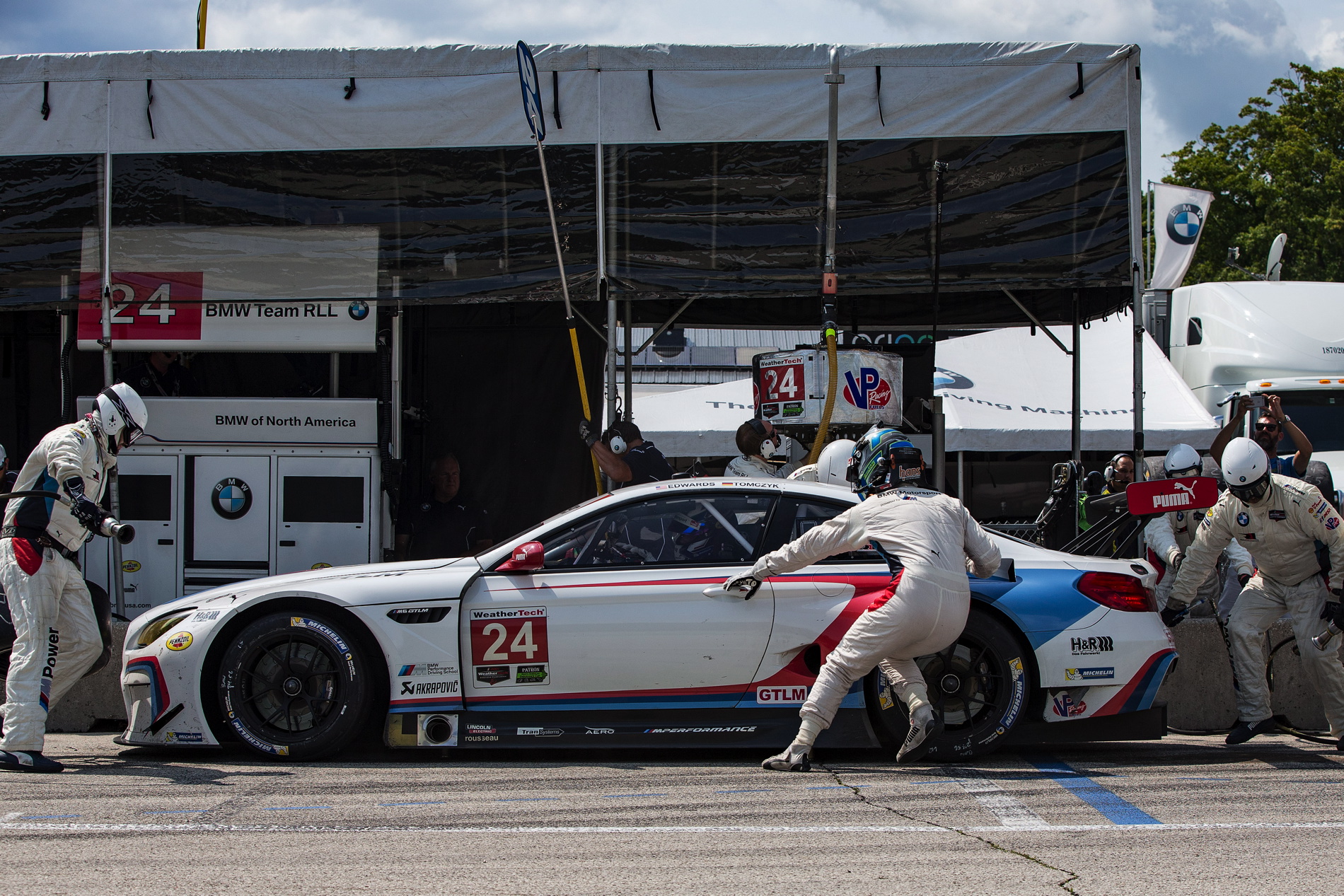 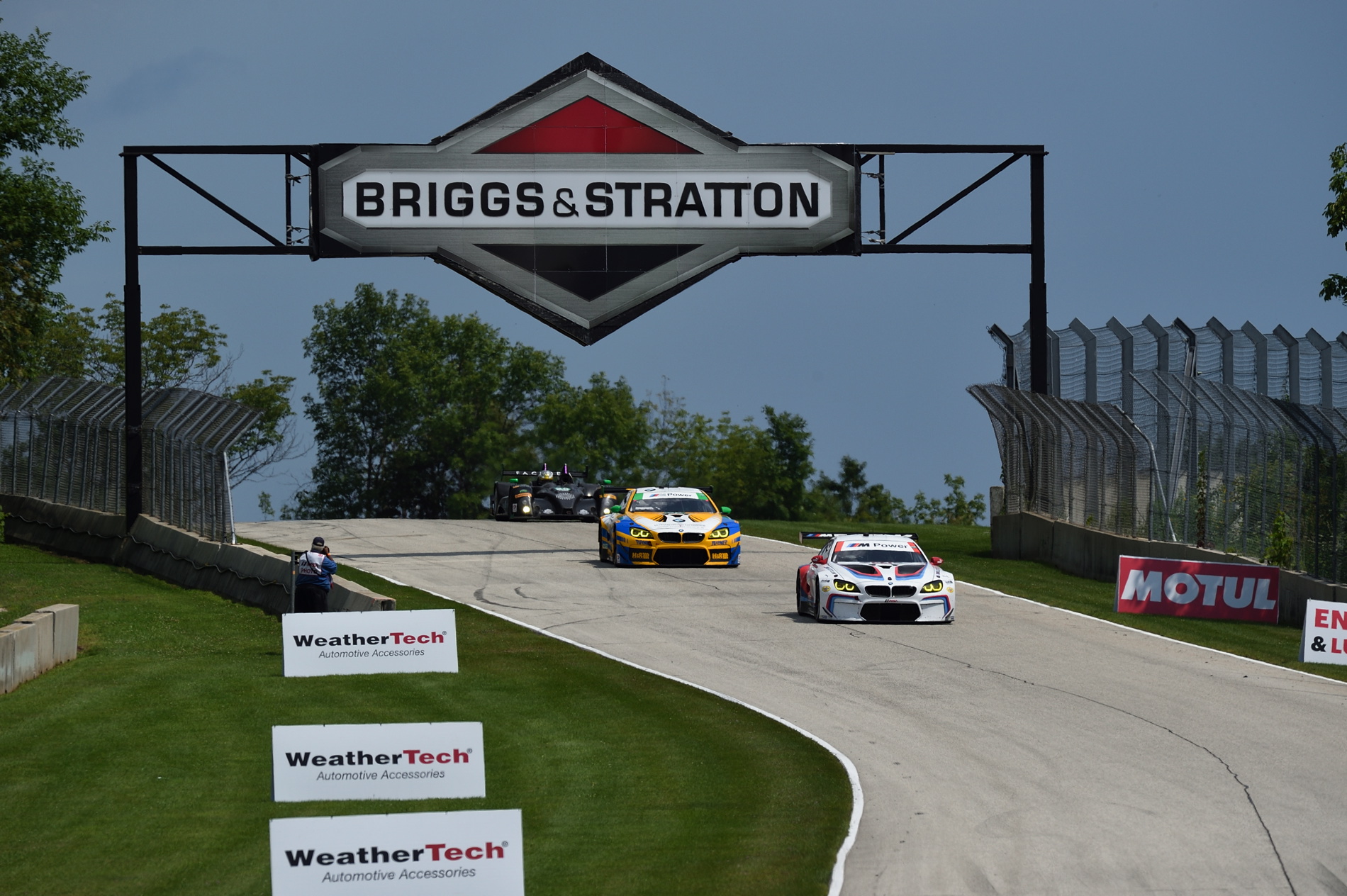 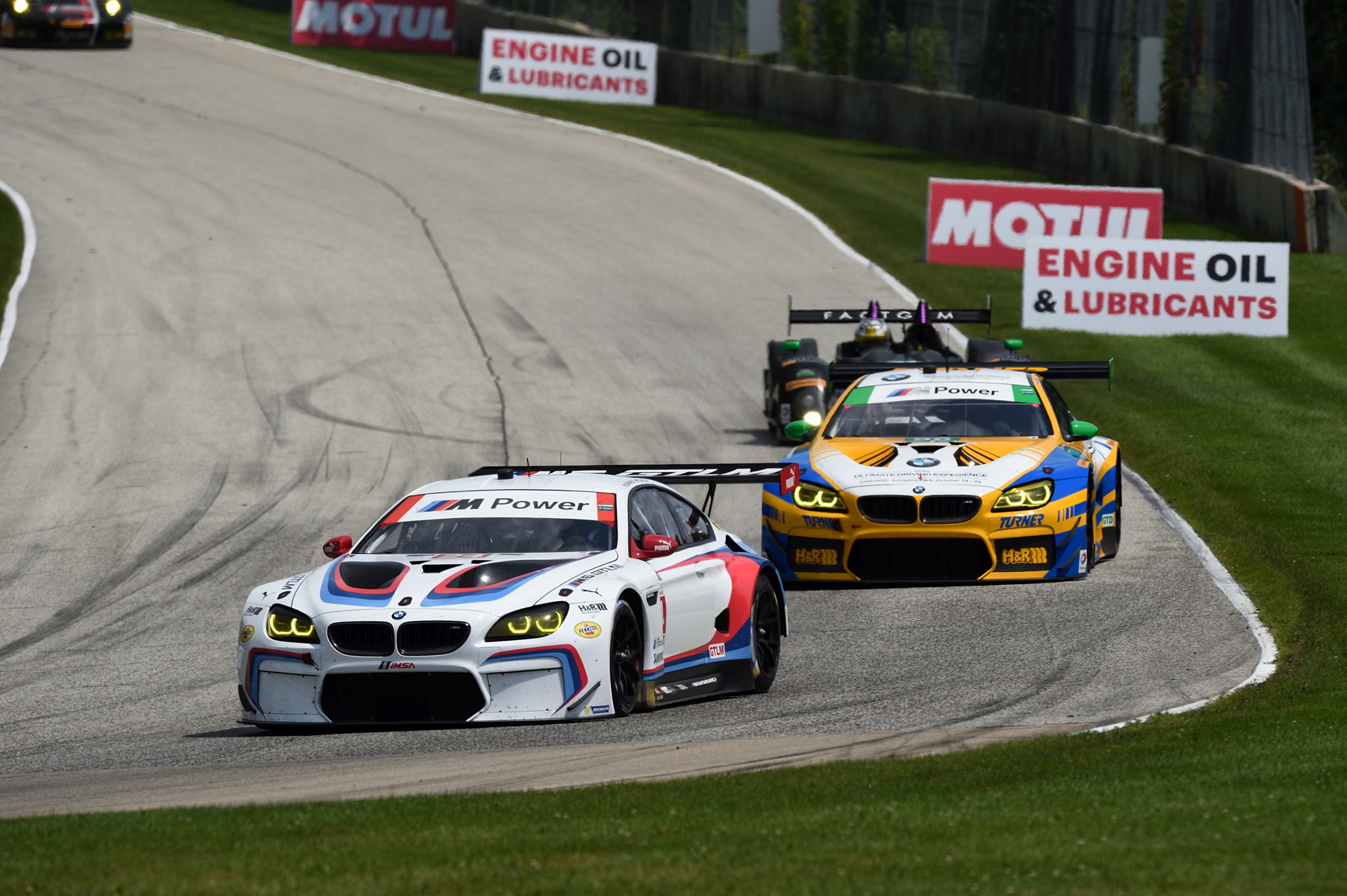 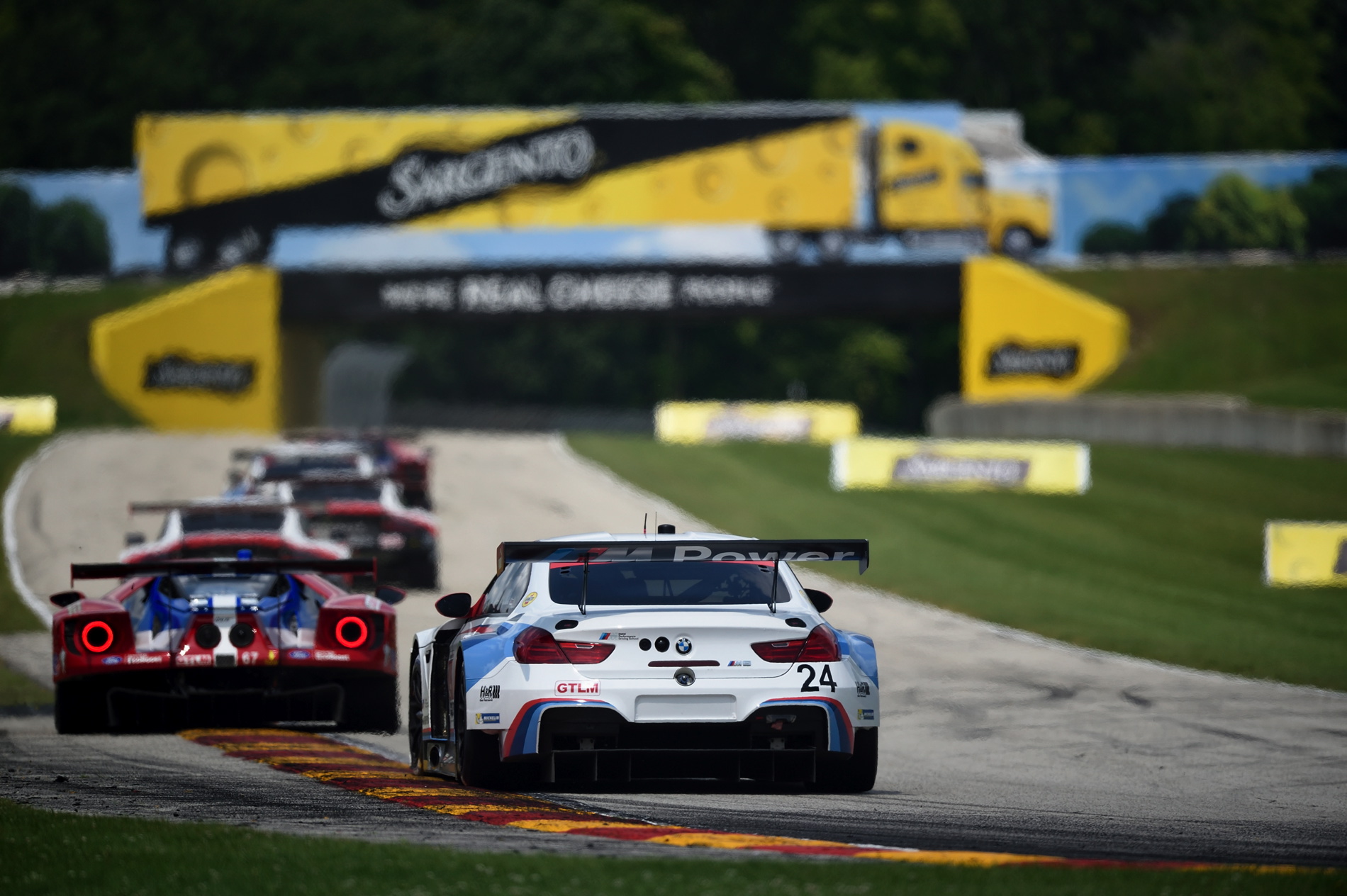 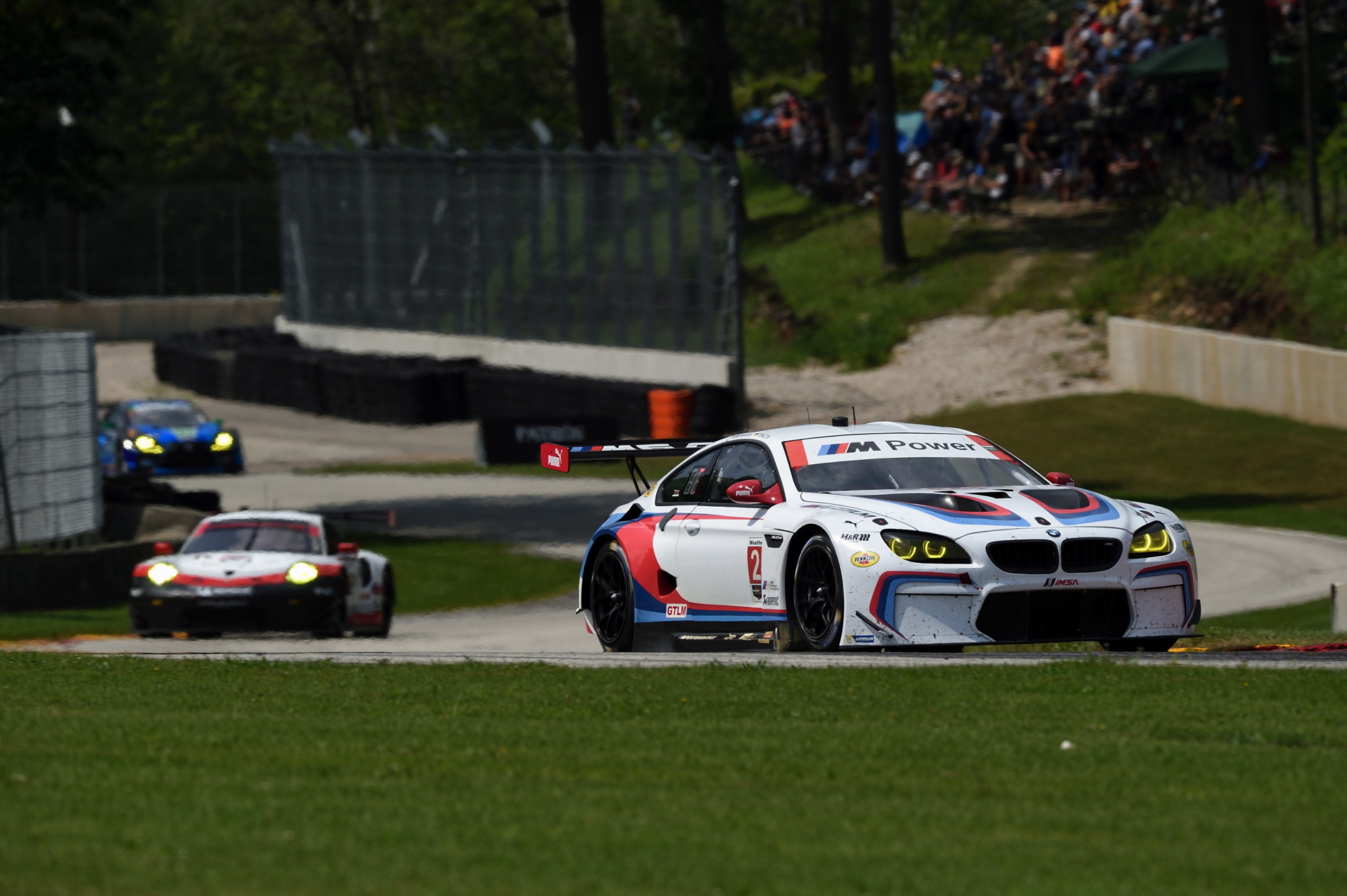 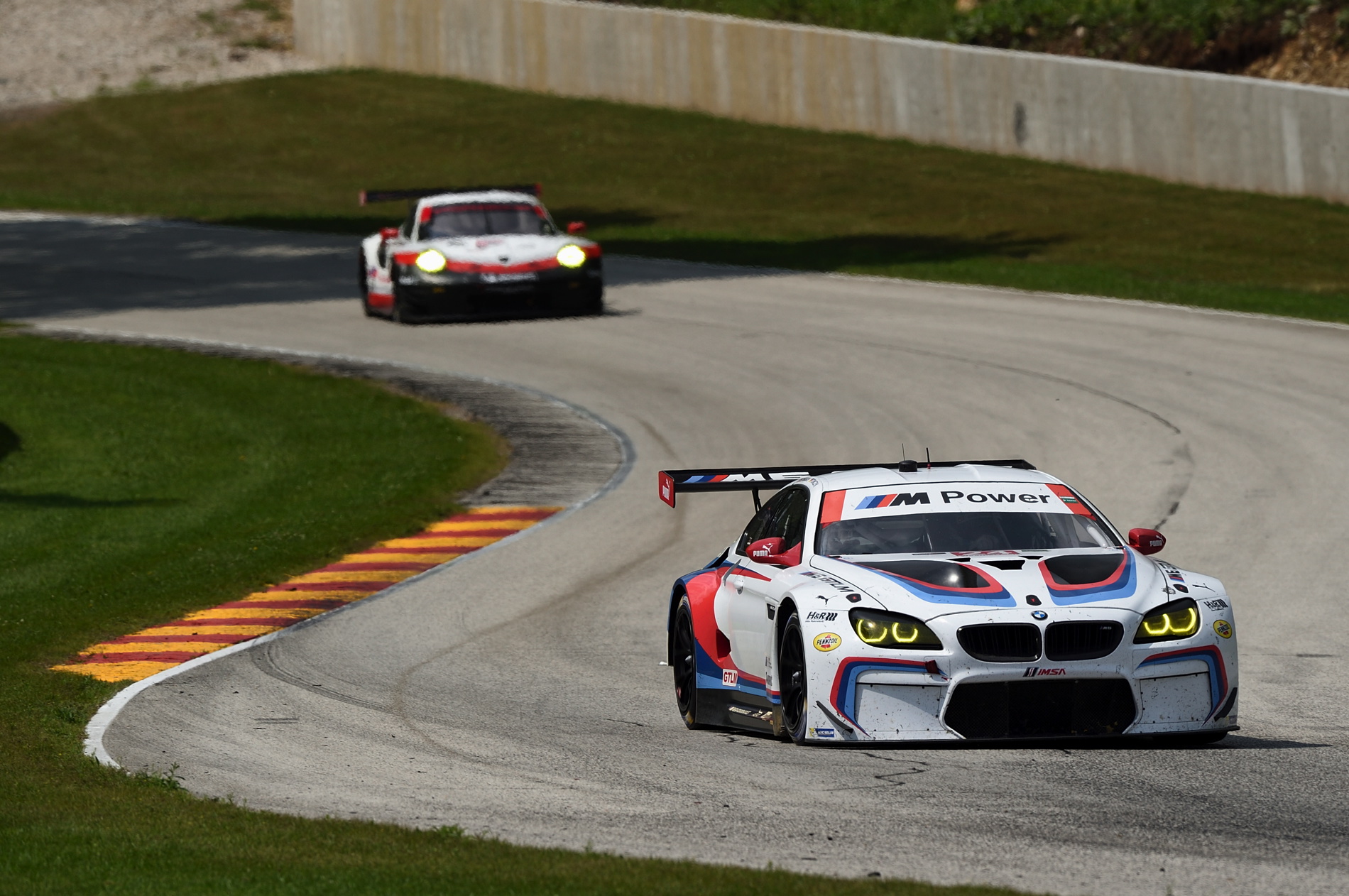