Spec and Price Comparison: BMW 330i vs Tesla Model 3

Home » Spec and Price Comparison: BMW 330i vs Tesla Model 3

When Tesla first spoke about the idea of its new Model 3, its main target was the BMW 3 Series. The 3er has always been the most popular car in the segment, so it’s only natural to target it. To take on BMW’s sales-giant, Tesla was going to have to build a car that was quick, practical and high-tech, at a similar price to the 3 Series. As far as we can tell, it seems that the Tesla Model 3 does all of those things.

In exterior dimensions, the two cars are quite similar. The Model 3 is a bit bigger in almost every respect, though. It’s a few inches longer, a fraction of an inch taller, has a slightly long wheelbase and slightly wider wheel track. So it’s the bigger car, but only by a bit. Though, its interior volume is going to be significantly larger than the 3er’s. Thanks to its electric powertrain, Tesla is able to carve out far more space on the inside.

As far as performance goes, these two cars are quite similar. Electrek used the BMW 330i as an example, as it’s the closest to the Model 3 in terms of performance. The Model 3 in its standard battery form can sprint from 0-60 mph in 5.6 seconds. With its upgraded battery, it can do the same sprint in 5.1 seconds. The BMW 330i splits the two cars, doing it in 5.4 seconds. So performance is pretty similar between the two cars.

If you’re going to ask about the differences in powertrain, it’s not really relevant. Yes, the Model 3 is fully electric while the BMW 330i uses a 2.0 liter turbo-four. However, Elon Musk was clear in that he wants the Model 3 to compete with all cars in the segment, not just EVs. So how they make their propulsion isn’t as relevant as what they do with it. 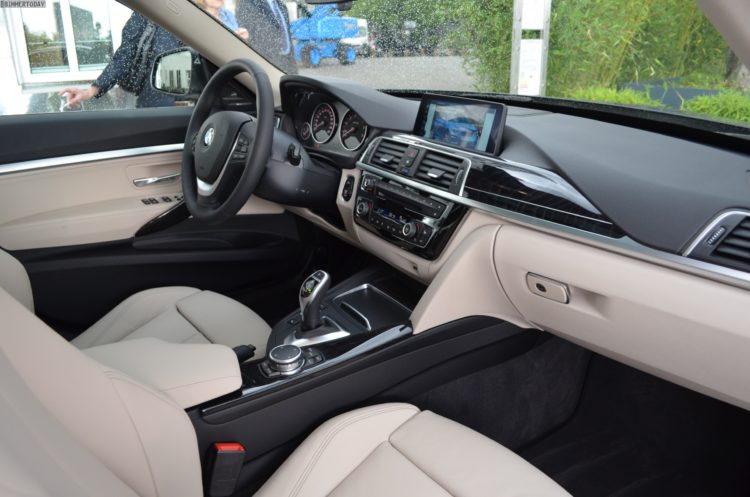 In terms of pricing, the Tesla seems like it might have the BMW 3 Series beat. The standard Model 3 starts life at $35,000, while the BMW 330i starts at $38,750. While those prices can easily be evened out by BMW dealer discounts, the kicker is in their equipment. The Model 3 comes remarkably well equipped. Things like navigation, back-up camera and blind-spot assist are all standard on the Tesla. They’re optional extras on the 3 Series. Fancy autonomous driver aids are optional on both cars, though, but the options are far cheaper on the BMW. As far as standard equipment, though, the Model 3 might be the smarter deal, especially considering the tax incentives EVs get.

We obviously can’t compare these two cars on the road just yet. However, on paper, these two seem remarkably close. When Musk claimed the Model 3 would take on the 3 Series, he wasn’t kidding. We can’t wait to drive both back-to-back and see how they compare in the real world.