Okay, that time has finally come. You’d think the Model 3 is going to cure cancer with how excited fans are about it. Admittedly, it is a very important next step for the automobile as a whole. The Model 3 will begin to usher in the future of the affordable long-range EV. Its official launch was last night and Tesla owner Elon Musk handed over the keys to the first Model 3 owner himself. And we’ve finally been able to read some reviews of the much-awaited Tesla Model 3.

So what’s it like to drive? Well, reviews have just started to trickle out and we’re hearing a lot of the same stuff. But first, a bit about what the Model 3 is.

While the Model S and Model X are made from a lot of lightweight materials, such as aluminum, the Model 3 is mostly steel. It’s powered by a single electric motor that powers just the rear wheels at the moment (though, dual motor all-wheel drive models will come in the future). Tesla is mum on horsepower figures but claims that standard Model 3 can get from 0-60 mph in 5.6 seconds. If you get the larger battery variant ($9,000 extra0, it can do the same sprint in 5.1.

The standard Model 3 packs an electric range of 220 miles, which is more than anything in its base price range ($35,000). But if you opt for the larger battery, you get a total range of 310 miles, or the same as the Model S. So for BMW i3 money, you get a car that has almost three times the range.

Tesla’s newest car is also its smallest. However, it seems to have more than enough interior and cargo space. In every review so far, they’ve mentioned that the car’s entire glass roof, along with the fact that it doesn’t have any traditional powertrain parts, makes it very spacious inside.

But what’s it like to actually drive, to get in and go? Well, it seems like it’s pretty good. For the most part, reviews say that it’s flat, planted and sharp enough. “Acceleration is indeed less brisk than its bigger siblings, but that passenger-startling response that’s a Tesla trademark is still here. I was able to zip through some increasingly dense traffic without issue, a quick flex of my right foot plenty enough to dive into any gap. On the move the Model 3 feels far more nimble than its 3,814 pounds would suggest (3,549 if you go for the shorter-range model), and with the battery pack down low it stays admirably flat in the turns.” said Tim Steven, of CNET’s Roadshow. 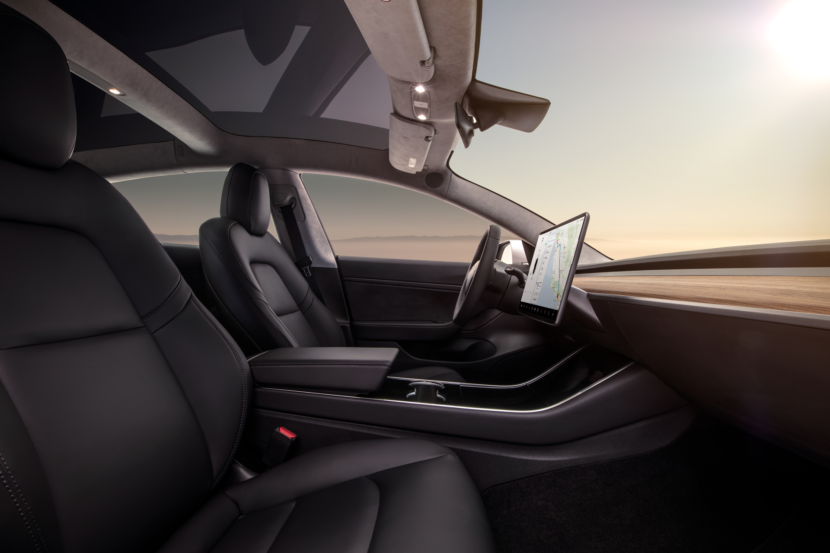 While that sounds good, it’s a bit on the bland side. However, Motor Trend’s Kim Reynolds absolutely raved about it. “The Model 3 is so unexpected scalpel-like, I’m sputtering for adjectives. The steering ratio is quick, the effort is light (for me), but there’s enough light tremble against your fingers to hear the cornering negotiations between Stunt Road and these 235/40R19 tires (Continental ProContact RX m+s’s). And to mention body roll is to have already said too much about it.” He said.

Top Gear barely mentioned its handling dynamics, though. So it’s difficult to gauge just how well the Model 3 will handle and drive. We’ll just have to test for ourselves. Check out the reviews, though, to read for yourself.