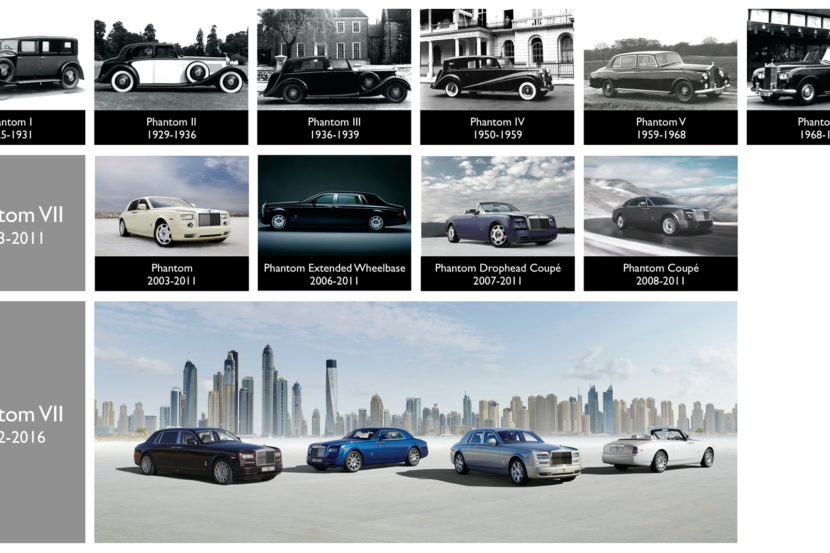 Phantom has been one of the most iconic monikers in the history of the automobile. Since its debut in 1925, the Rolls-Royce Phantom has stood to witness some of history’s most defining moments. Everything from treaty signing so celebrity honors, Rolls Royce Phantoms have consistently been present throughout history. The iconic nameplate has become automotive royalty. To honor that legacy and celebrate the continuance of it, Rolls Royce will bring together all seven of the previous generation Phantoms to preface the launch of the upcoming eighth generation. This celebration will be called “The Great Eight Phantoms: A Rolls Royce Exhibit”.

At the end of July, all eight Rolls Royce Phantom models throughout history will gather in Mayfair, London, to celebrate the history of the nameplate and its future. Over the next eight weeks, Rolls Royce will be unveiling each of the cars that will be gathering in Mayfair, one car per week. This will culminate no the eight week when the new Phantom is revealed.

The first car to be launched will be the ‘The Fred Astaire Phantom I’, which will on loan from the famous Peterson Museum. 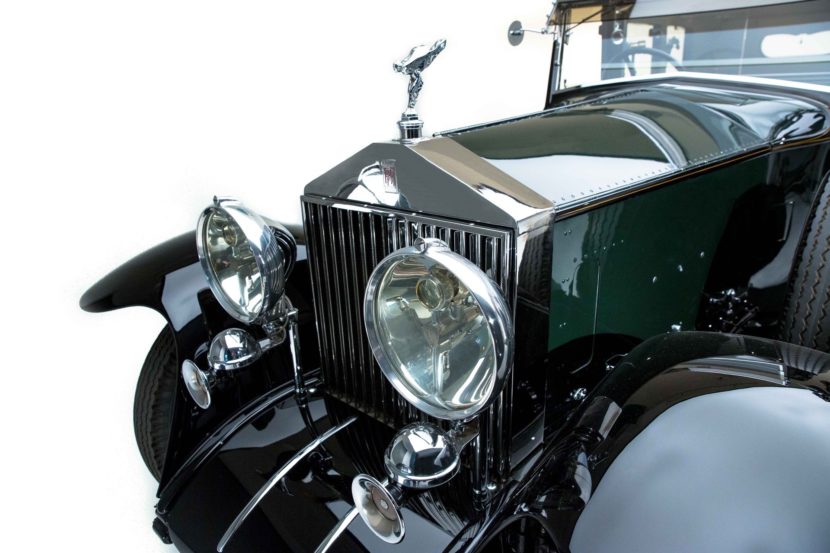 Rolls Royce Phantom — The Best Car in the World

Rolls-Royce began producing the Phantom I in 1925. The car was developed in great secrecy, with the project code-named Eastern Armoured Car. This suggested Rolls-Royce was intent on producing the kind of military vehicles used in the First World War..

The Phantom I was an instant success. The new 7.668-litre straight-six engine gave the car a fresh spring in its step. When General Motors opened a testing ground in Michigan, it was discovered that no cars could manage even two laps of the 4-mile circuit at full throttle without damaging their engines. However, Phantom I performed with consummate imperiousness and more, at a steady 80mph without failure.

Sir Henry Royce’s restless desire to, in his own words, “take the best that exists and make it better” quickly led to the creation of the Phantom II in 1929, this time with a totally new chassis, which significantly improved the handling, as well as a re-designed engine. 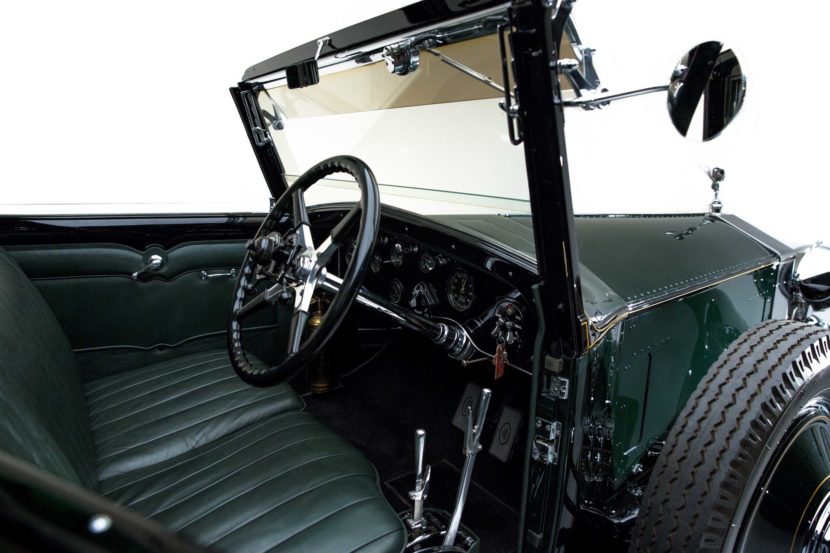 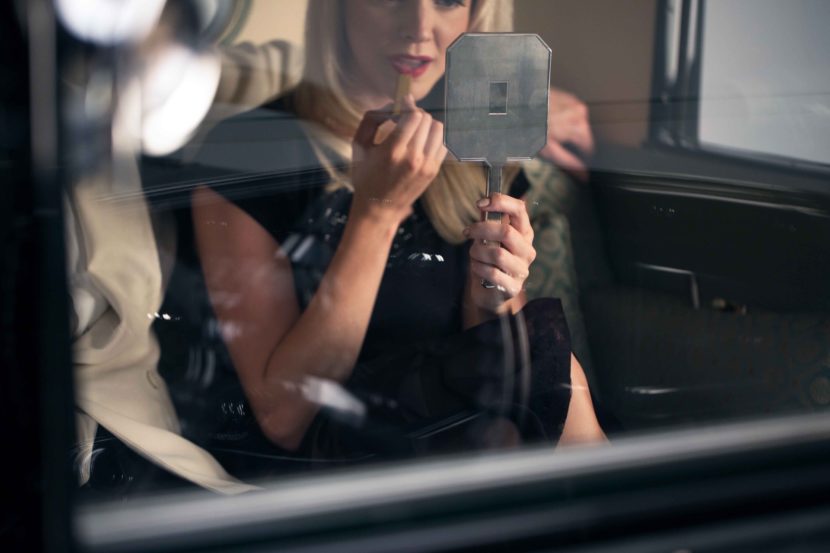 The next Phantom, the third in the line, was to be Sir Henry Royce’s last project. He passed away in 1933, aged 70, about 12 months into the development of this next Phantom. The finished model, with its peerless 12 cylinder engine, was unveiled two years later and production lasted from 1936 until the Second World War. The final chassis was produced in 1941, although the war meant it did not receive its coachwork until 1947.  No announcement came about a replacement and it looked as if the Phantom was another victim of the war.

In 1950, Phantom IV appeared. The car was originally intended to be a one-off for Prince Philip and the then Princess Elizabeth. However, once seen, a further 17 were exclusively commissioned at the request of other royal families and heads of state around the world. Fitted with a straight-eight engine, it performed superbly at low speeds – essential for taking part in ceremonial parades – and featured the kneeling version of the famous Spirit of Ecstasy bonnet mascot.

The Phantom V was produced between 1959 and 1968 and 516 of this hugely successful model were made for clients including the Queen Mother, governors of Hong Kong, King Olav of Norway and John Lennon.

The long-running Phantom VI (1968-90) carried on the royal connection, notably with the Silver Jubilee Car, a raised-roof version presented to Queen Elizabeth II in 1977 by the British motor industry to celebrate her 25 years on the throne, and later famously used at the wedding of the Duke and Duchess of Cambridge. 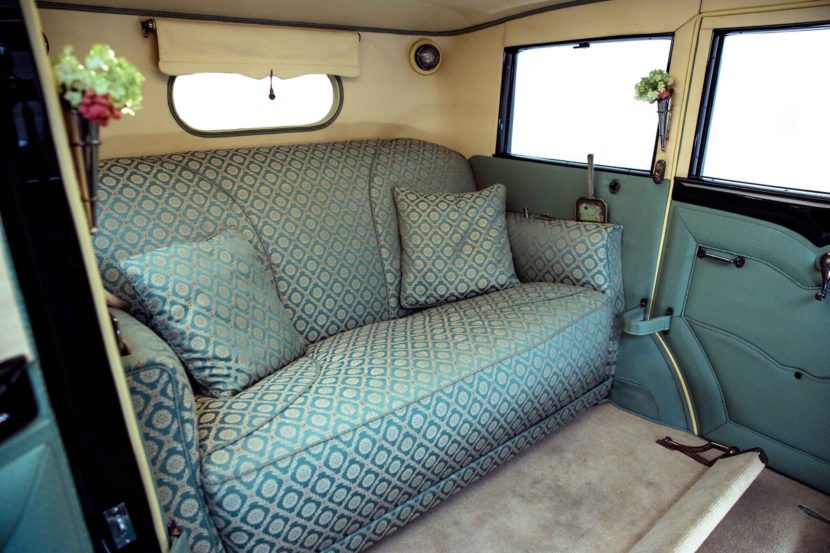 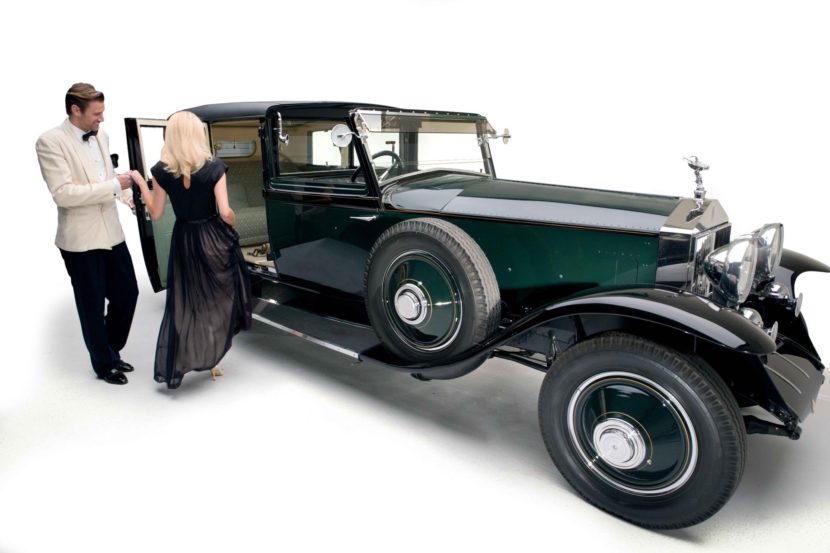 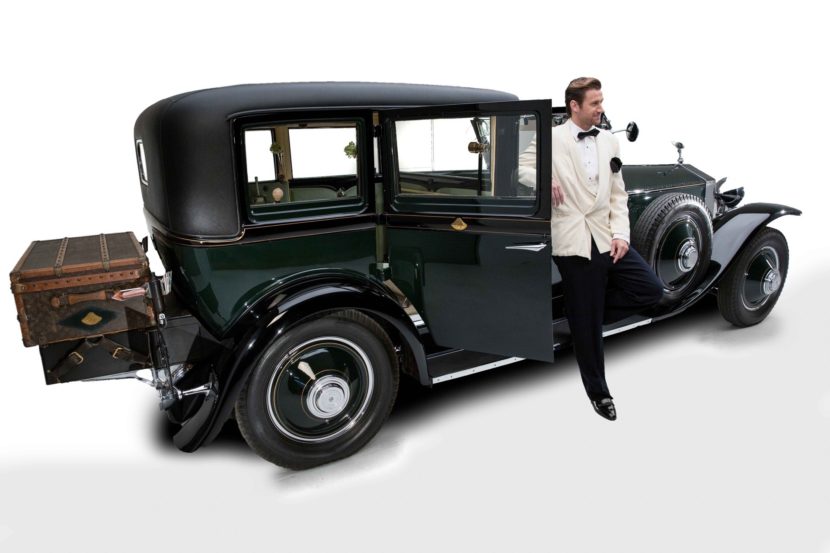 In 2003, a watching world was greeted with Phantom VII, a glowing affirmation of the start of Rolls-Royce’s renaissance at his new home in Goodwood, West Sussex. It was sharply contemporary yet timeless in the manner in which it deftly retained Phantom’s characteristic aesthetic. Built at, the Home of Rolls-Royce an all-new, state-of-the-art centre of excellence, it arrived with a 453bhp 6.75-litre V12 – enough to propel it from 0-62mph in 5.9 seconds – and every possible comfort a new breed of discerning luxury consumer could desire. Exquisite detail right down to the car’s Teflon-coated umbrellas and self-righting wheel-centres, left a curious public in no doubt the brand was in safe hands.  Production of the Phantom VII ceased thirteen years later at the end of 2016.

Each of these generations of Phantom will make its way to Mayfair at the end of July. All of them will be present when Rolls Royce unveils its new, eight-generation Phantom. When that happens, there will be a 92 year lineage of one of the greatest nameplates in automotive history together in once place. The Phantom has always been, and currently still is, an automotive icon. When “The Great Eight Phantoms: Rolls-Royce Exhibition” debuts, it will be the first time that this exceptional group of motoring icons will be gathered under one roof. This is an uncommon pageant, it is no exaggeration to say we might never see its like again.

Rolls Royce Phantom
Previous post VIDEO: BMW M2 vs Porsche 718 Cayman S vs Audi TT RS — Which is most fun?
Next post How to Fix the AC on Your BMW