Tom Cruise is beating up Bimmers again for Mission Impossible

If you’ve seen the last couple of Mission Impossible films, you know Tom Cruise’s Ethan Hunt knows how to pound a BMW. Two films ago, Cruise beat the hell out of an F80 BMW M3 with Simon Pegg riding shotgun. In last film, Cruise beat up on a new G11 BMW 7 Series and 1000RR. So Cruise is used to his Bavarian partners. In this new, upcoming Mission Impossible film, though, Cruise is going to be driving a classic BMW, rather than a brand-new one.

Some spy pics and video from the set of the new MI movie show Tom Cruise doing some of his own stunt driving in a classic E28 5 Series. I should actually say a few E28 5 Series’, as there are few stunt cars that take some abuse, in typical MI fashion. In the Gif at the top of the Jalopnik article, we see the 5 Series doing a 180-degree spin down a flight of stairs , which can’t be good for the suspension. Looks like fun, though. 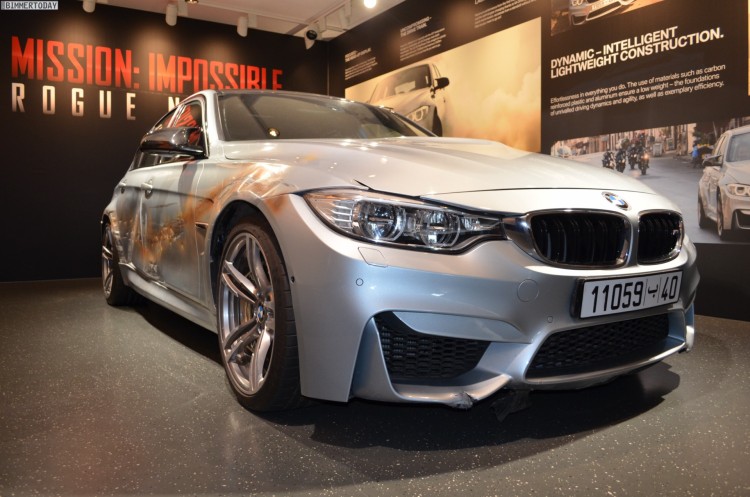 We can also see a few takes of Cruise pulling a sharp handbrake turn while chasing a camera car. You can see it takes a few tries to get it right, so life wasn’t easy for that E28 5 Series. There also seems to be a pretty sizable dent in the passenger side of the front end, so this car will likely be featured getting beat up more than we see in these pictures and videos.

BMW probably pays some pretty sizable checks to the producers behind the Mission Impossible movies, as all of the recent ones have featured different Bimmers. It’s very cool for BMW fans who know that they get to see their favorite brand featured in each new movie. What’s even better is that BMW isn’t afraid to let them beat the cars up. That makes for much better car chase scenes and a more exciting movie. BMW has been pretty good with that as of late, though, allowing the producers of The Escape really beat up and shoot up some G30 5 Series’ before the car even came out. So kudos to the Bavarians for having the courage to allow for some proper actions scenes to be made with their cars.

They’re currently filming the new sixth MI film, so we don’t have an official name or release date. But it’s coming soon enough and we’ll get to see what sort of damage these classic Bimmers go though then.