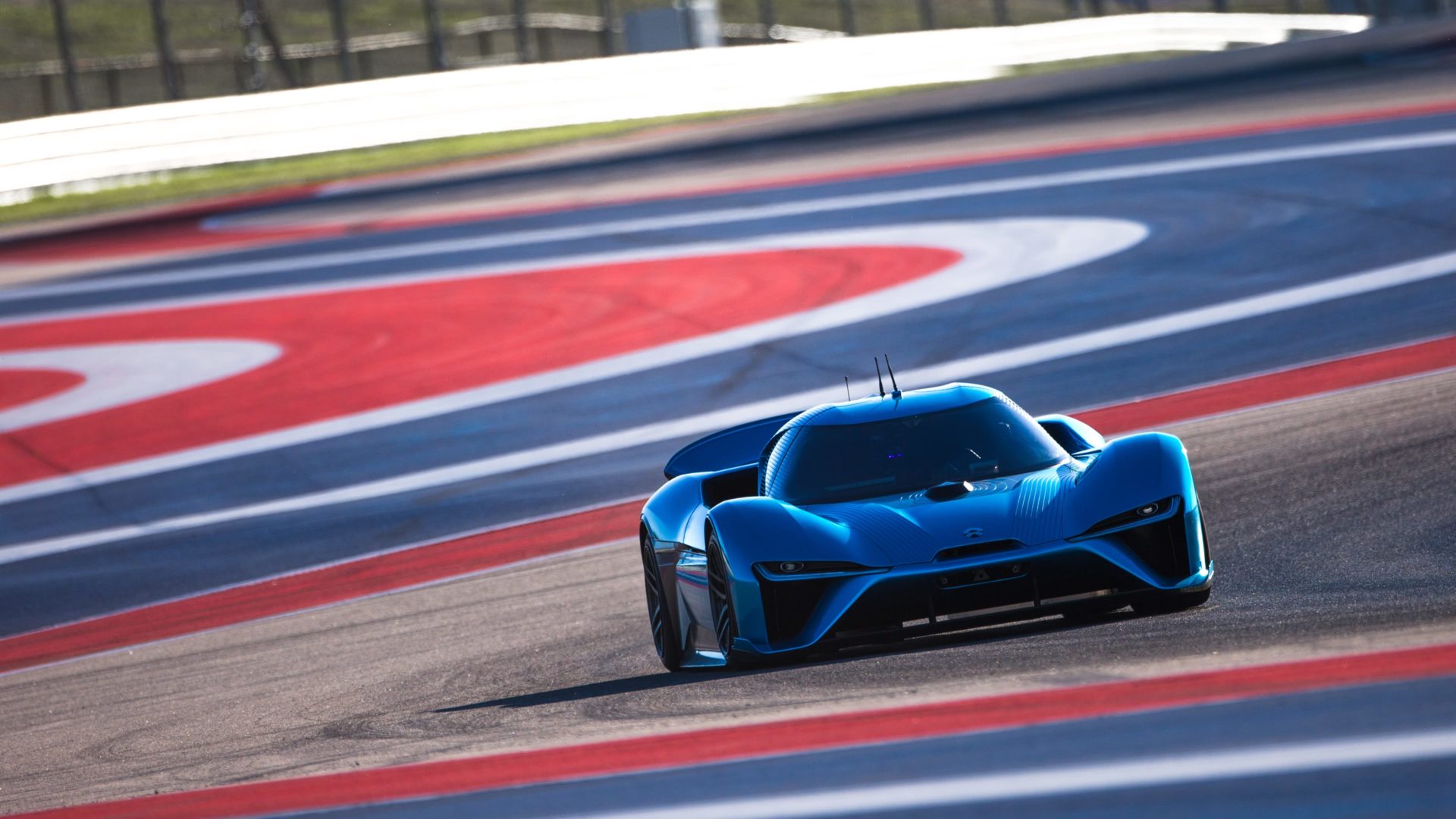 Just a few weeks ago, Lamborghini made huge headlines as the Huracan Performante broke the production car lap record on the Nurburgring, with a time of 6:52.01. Some may claim that the Radical SR8 LM holds the lap record, as it did a 6:48 and is technically eligible to be registered on UK roads, but calling it a road-legal production car is a stretch, as it’s basically just a race car with indicators. However, the talk of whether or not the Lambo or the Radical is the fastest road-legal production car is about to be squashed. That’s because the all-electric NIO EP9 just beat both of them, making it truly the fastest production car to ever lap the ‘Ring.

NIO previously set the electric Nurburgring lap record awhile back, which was impressive enough. Now, though, the NIO EP9 is the fastest road-legal car to ever put tire to pavement on the famous Nurburgring. With a time of 6:45.09, there’s no debate as to which car is the fastest now. And you can watch the entire video of the lap from inside the cockpit for proof. Peter Dumbreck was the driver who completed the lap and is a former DTM and endurance car driver.

The NIO EP9 is a Chinese start-up all-electric supercar  that just crushed the Lamborghini Performante and what is basically a race car, in the Radical. That’s mighty impressive, especially from a company who’s only put out one car so far. If this is NIO’s first attempt at a car, what will the future cars be like? Now, like the Radical, the EP9 really stresses the limit of what a production car is. While it’s completely road-legal and passes all requirements necessary to be registered, there have only been seven made. That doesn’t really scream production. Though, technically, it has been produced and it’s technically road-legal.

If you’re wondering how an electric car put down such a blistering lap, its performance numbers should be a good indication. With 1,360 hp, 0-124 mph in 7.1 seconds and a top speed of 194 mph, it’s not hard to see that the NIO EP9 is seriously quick. It’s also a proper supercar and has a very light chassis and impressive suspension. You can see in the video that it turns into corners with incredibly speed and sharpness. It’s a remarkable first attempt at a supercar, with agility that would rival anything from McLaren. How nice it is to drive is a different story, but its performance is clearly there.

I wish they showed the speed in the video, as it would have been cool to see what sort of speeds it achieved on the back straight and how quickly it accelerated out of corners. But, I think we can guess they were both pretty fast. We also don’t know the state of the battery after the run, which would have been interesting to see. Is it completely depleted after such a hard run for almost seven consecutive minutes? Probably but it would be cool to see how much juice was left in the tank.

Either way the NIO EP9 gives us a glimpse into the future of electric cars and, ya know what? It’s fast.