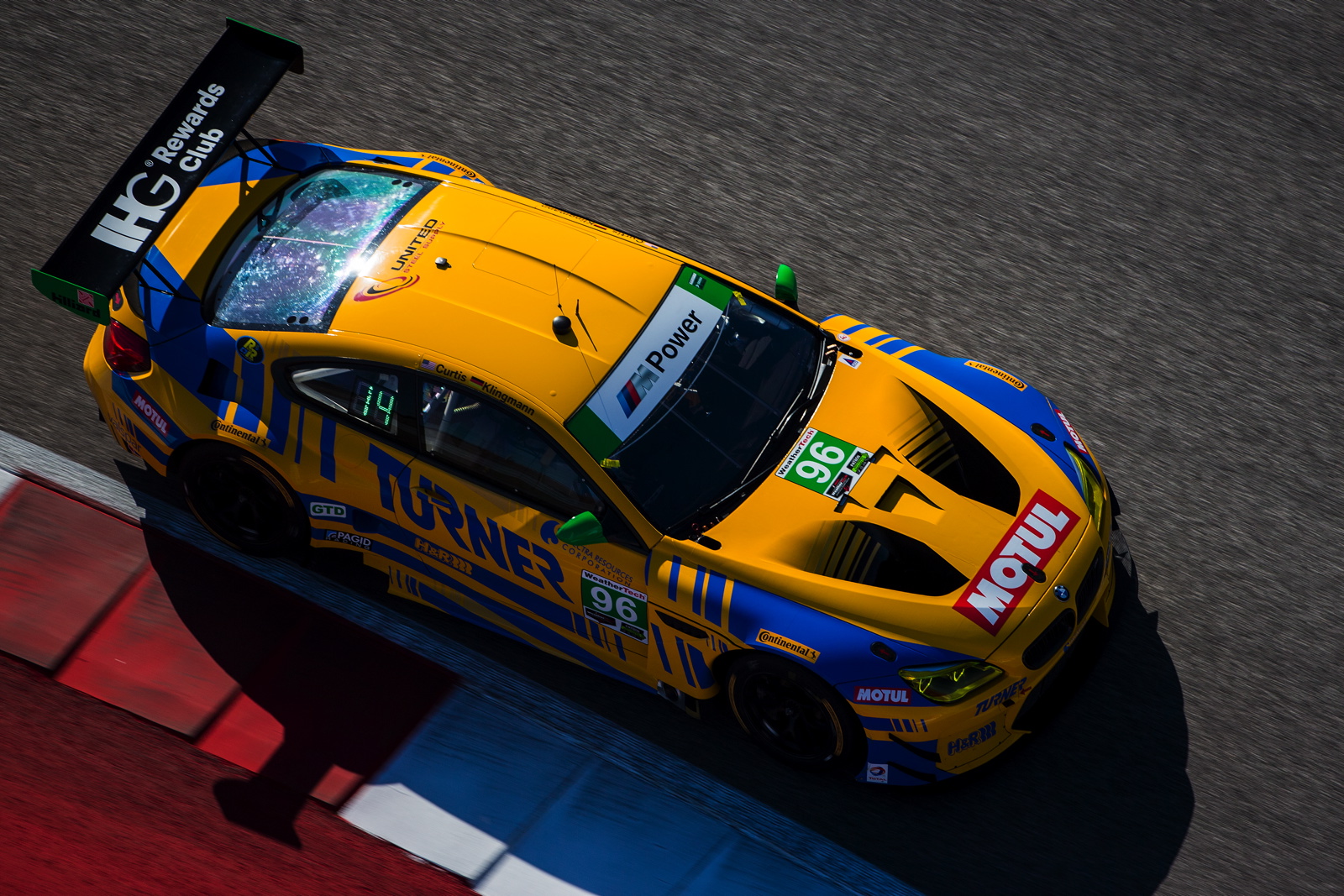 The No. 96 BMW M6 GT3 of Bret Curtis and Jens Klingmann clinched a strong fifth place finish in the fourth round of the WeatherTech SportsCar Championship at Circuit of the Americas on Saturday for the Advance Auto Parts SportsCar Showdown. The duo made their first appearance behind the wheel since disappointment at Long Beach to fight back from a fourteenth place start to finish fifth in the two-hour and forty-minute race on the 3.427-mile 20-turn circuit.

Curtis took the green flag to quickly find himself engaged in a tight battle with the No. 15 Lexus for much of his forty-seven minute opening stint. Curtis entered pit lane to complete a driver change with Jens Klingmann while the crew completed a four tire and fuel stop before sending Klingmann on his way. 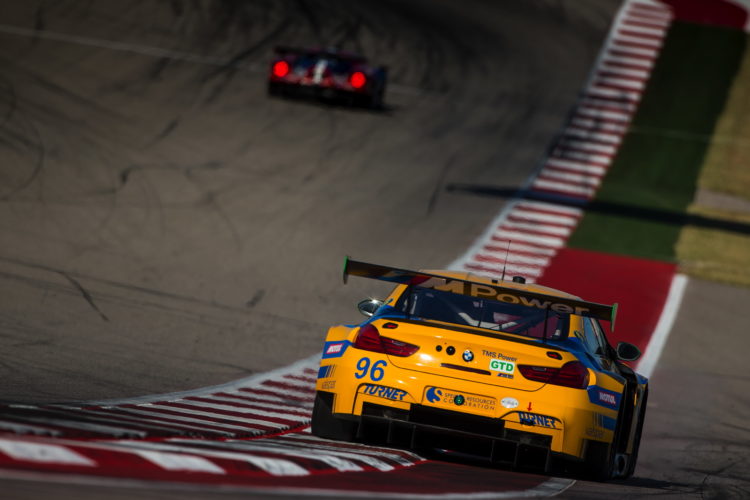 Klingmann continued to make up several positions before entering pit lane under green with just over one hour remaining for tires and fuel. Following the stop, Klingmann went on to make his way up and inside the top five to fourth.

Klingmann continued to battle inside the top five to finish fifth to mark the best finish on the season for the No. 96 of Curtis and Klingmann.

’We had a very strong car here at Circuit of the Americas.’ Jens Klingmann said. ’Bret did a good job in his opening stint, keeping it clean, and keeping us in striking distance for a strong finish. I was able to make up several positions before the team made a super quick pit stop which ultimately put us in position to chase down the leaders.’

Last year, Curtis and Klingmann scored their second win on the 2016 season with a strong effort behind the wheel of the blue and yellow BMW starting from eighth. The win also marked the fourth consecutive podium appearance for a Turner BMW at Circuit of Americas.

Will Turner added, ’The team did a great job this weekend as we definitely had our work cut out for us in finding all the speed we could with our BMW M6 GT3. Despite both Bret (Curtis) and Jens (Klingmann) strong performances and great work on pit lane, we just did not have the speed of the front runners.’

With round four in the books, the Turner Motorsport team turns focus on the next round of the WeatherTech SportsCar Championship on the streets of Detroit for the Chevrolet Sports Car Classic on Saturday, June 3rd 2017.

Turner Motorsport has teamed up with one of its partners, IHG Rewards Club to bring race fans a brand new, dynamic and entertaining way to interact with the WeatherTech SportsCar Championship. The www.podiumpredictor.com allows fans to predict who will finish first, second and third in all classes for each round of IMSA racing.

Fans predictions will go head to head with predictions made by a rotation of celebrities and any fans who out do the celebrities scores will be entered into drawings for cool prizes like 50,000 IHG Rewards Club points. Points can be redeemed for hotel stays all around the world in IHG’s 5,000+ properties.

Be sure to Tune into Turner Motorsport on Social Media for all the behind the scenes look into the what’s going on between races as well as the up-to-the-minute updates throughout the race week.