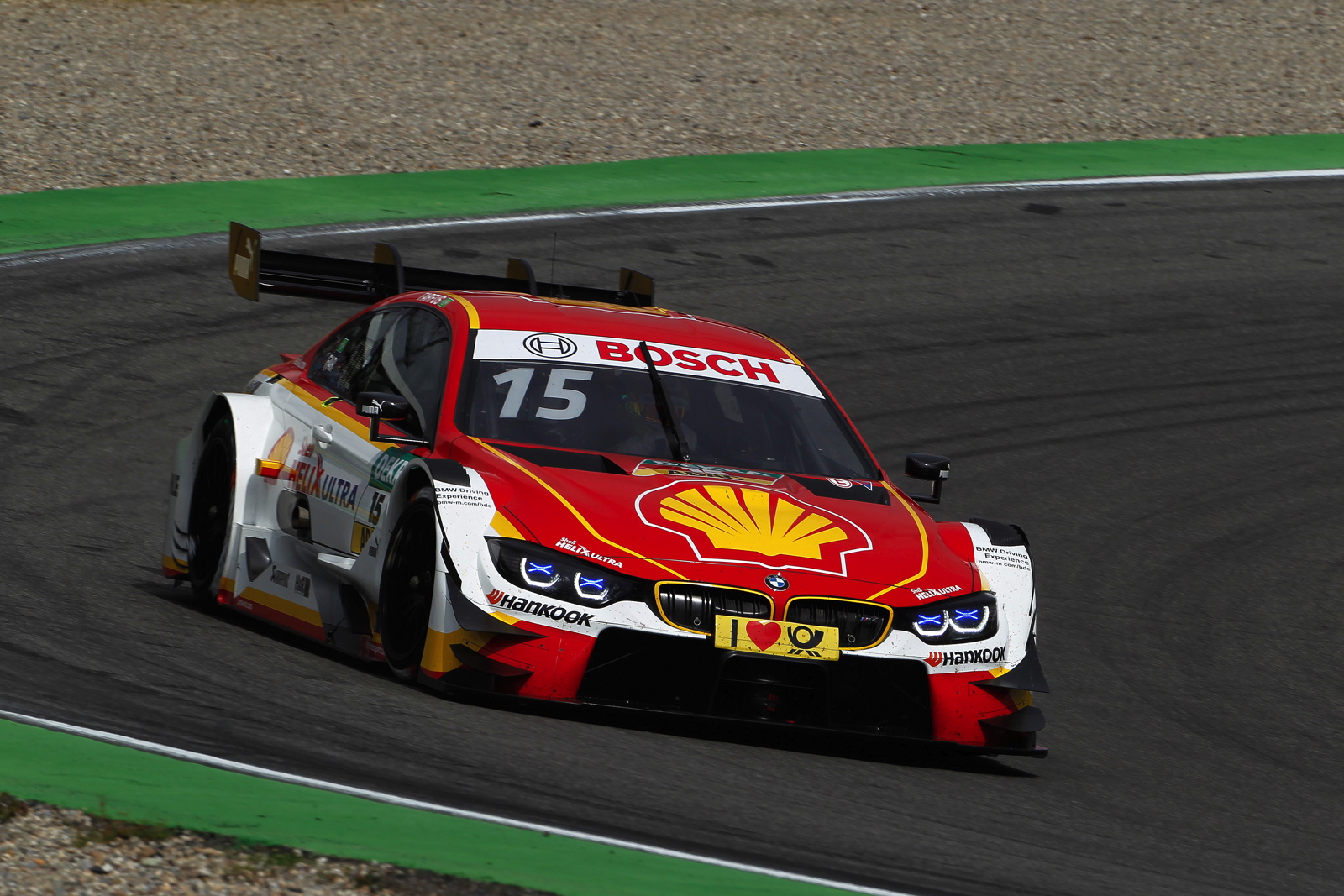 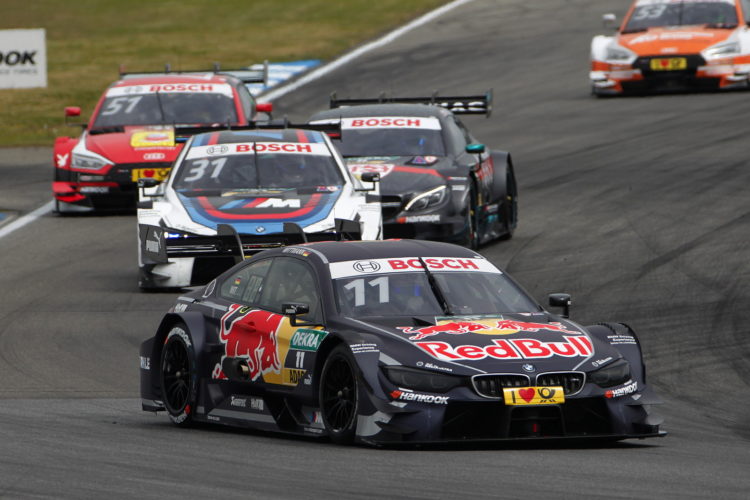 Qualifying:
Timo Glock and Maxime Martin (BEL) narrowly missed out on their first points of the season. Glock clocked the fourth fastest time of 1:31.161 minutes in the first qualifying of the year, in which points were awarded to the top three drivers for the first time. Martin was fifth in the SAMSUNG BMW M4 DTM. Tom Blomqvist (GBR) qualified ninth in the BMW Driving Experience M4 DTM, with Marco Wittmann two places back in eleventh. Bruno Spengler (CAN, BMW Bank M4 DTM) and Augusto Farfus (BRA, Shell BMW M4 DTM) were 13th and 15th. Pole position went to Lucas Auer (AUT, Mercedes).

Starting from fourth on the grid, Glock made a good start and climbed to third place in turn one. Wittmann also got off the line well and slotted into seventh place. In contrast, Farfus failed to get off the line at first, and fell to the back of the field. While Glock moved into second place, Blomqvist was the innocent victim of a collision in the hairpin and dropped well down the field. After a period of mandatory pit stops around the halfway point of the 55-minute race, Glock passed Mike Rockenfeller (GER, Audi) to regain second place. He successfully defended this position, and was able to close the gap to Auer at the head of the field but was unable to find a way past the Austrian. Wittmann finished in the points in tenth place. Martin, Spengler, Farfus and Blomqvist ended the opening race of the 2017 season in 11th, 12th, 13th and 15th. 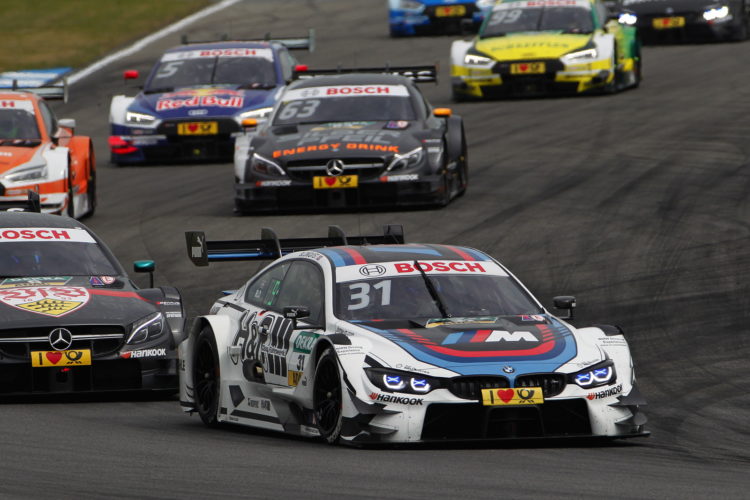 BMW Motorsport Director Jens Marquardt: “It obviously feels great to have the first race of the year behind us, and to know that we were competitive. Timo did a fantastic job. He was the fastest driver today, and fought hard throughout the entire race. The fact that we had the fastest car today is very promising. Two of our drivers finished in the top ten. With that in mind, I had hoped to pick up a few more points. However, we have seen that the 2017 generation of BMW M4 DTM has what it takes to look after the tyres and finish on the podium. Congratulations to Timo and the ‘Yellow Beast’ – and obviously to Lucas Auer and Mercedes-Benz on the win.

Stefan Reinhold (team principal, BMW Team RMG): “The upshot of that race is a positive one. We wanted to avoid making any mistakes and produce a good performance and we did precisely that. We are delighted with Timo’s second place, and Marco also picked up a point. I feel sorry for Augusto with his issue at the start. We will take a very close look to establish exactly what happened. On the whole, we are happy with the opening race and optimistic ahead of race two on Sunday.”

Marco Wittmann (#11, Red Bull BMW M4 DTM – Grid position: 11th, race result: 10th – 57 races, 8 wins, 15 podiums, 8 pole positions, 524 points, 2 Drivers’ titles): “I got off to a good start and immediately gained two places. The opening lap also went really well, and I was able to climb as high as seventh place. However, we noticed in the first stint that we were not quite able to maintain our pace, which resulted in us dropping back to tenth. Conceding ninth place to Nico Müller so close to the end of the race was a bit frustrating, but at least we picked up a point.”

Augusto Farfus (#15, Shell BMW M4 DTM – Grid position: 15th, race result: 13th – 67 races, 4 wins, 12 podiums, 5 pole positions, 345 points): “Unfortunately, I had an issue with the clutch at the start and did not get off the line. That is a shame, as it meant I had already lost the race before I even started. After that, I had very good pace and was able to complete an extremely long second stint. Unfortunately, we did not get it quite right in qualifying, but my speed gives me a lot of confidence ahead of tomorrow’s race. We are moving in the right direction.” 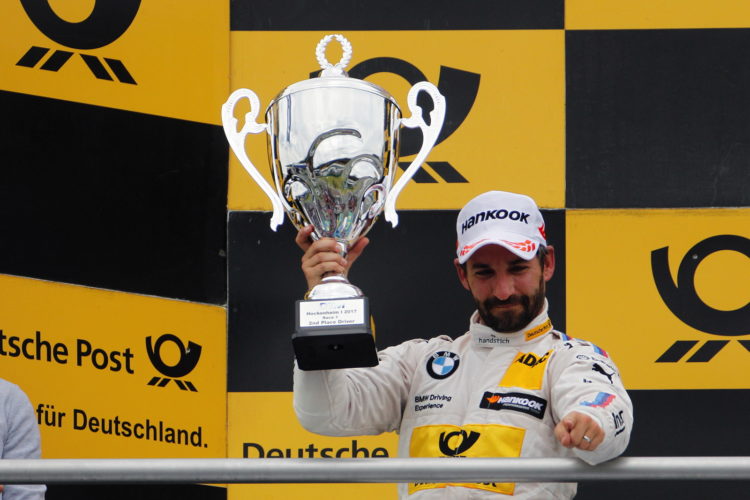 Timo Glock (#16, DEUTSCHE POST BMW M4 DTM – Grid position: 4th, race result: 2nd – 57 races, 3 wins, 6 podiums, 1 pole position, 231 points): “To stand on the podium after the opening race is fantastic. My guys at BMW Team RMG have a lot of hard work behind them. They absolutely deserve this result. The car was only really ready just before the weekend, and was very good from the word go. I had a good start and a good opening lap. I passed Gary Paffett straight away, but wasn’t able to pull clear and get him out of the DRS window. That meant I had to defend hard – with everything I have learned in the past. It was really good fun. The fans were treated to a great show. Towards the end, I thought that Lucas Auer was playing games with me and simply saving his tyres. However, he was actually having real difficulties, so I gave it everything. It was not quite enough in the end, but I am definitely happy with second place.”

Bart Mampaey (team principal, BMW Team RBM): “Starting with three cars is obviously a completely new challenge for us all. We qualified with two cars in the top ten, which was a good result. In the race, Tom lost a lot of places when he was hit by another car. There was definitely more in it for him. Bruno had a good race. His qualifying result was not ideal, but he had consistent pace in the race. The top ten was definitely within reach, but unfortunately we did not manage to pick up any points. The race was going very well for Maxime, but then we had an issue during the pit stop. This showed us that we still need to make a few adjustments to our equipment. We made some important findings in the race, and are now looking forward to tomorrow.”

Bruno Spengler (#7, BMW Bank BMW M4 DTM – Grid position: 13th, race result: 12th – 140 races, 14 wins, 45 podiums, 17 pole positions, 758 points, 1 Drivers’ title): “My start was good but I did not have the ideal position in turn one. That resulted in me losing the places I had gained to that point. After that, I tried my very hardest to move through the field. At one point I was down in 17th, but I eventually finished twelfth. I coped well with the changes, such as the limited DRS and lack of radio communication. Communicating with the team via the pit board worked well, and I was able to pace my DRS well.”

Tom Blomqvist (#31, BMW Driving Experience M4 DTM – Grid position: 9th, race result: 16th – 37 races, 1 win, 5 podiums, 1 pole position, 172 points): “I am obviously disappointed. I was well positioned in the race, and felt comfortable. Then Robert Wickens spun me. My race was over after that.”

Maxime Martin (#36, SAMSUNG BMW M4 DTM – Grid position: 5th, race result: 11th – 47 races, 2 wins, 6 podiums, 2 pole positions, 231 points): “I had a good start, but then got stuck behind a few cars. Then came the pit stop, during which we had a few problems. That resulted in us losing valuable time. It is a great shame, because we could have done much better. However, we have another opportunity tomorrow, and will do our very best again.” 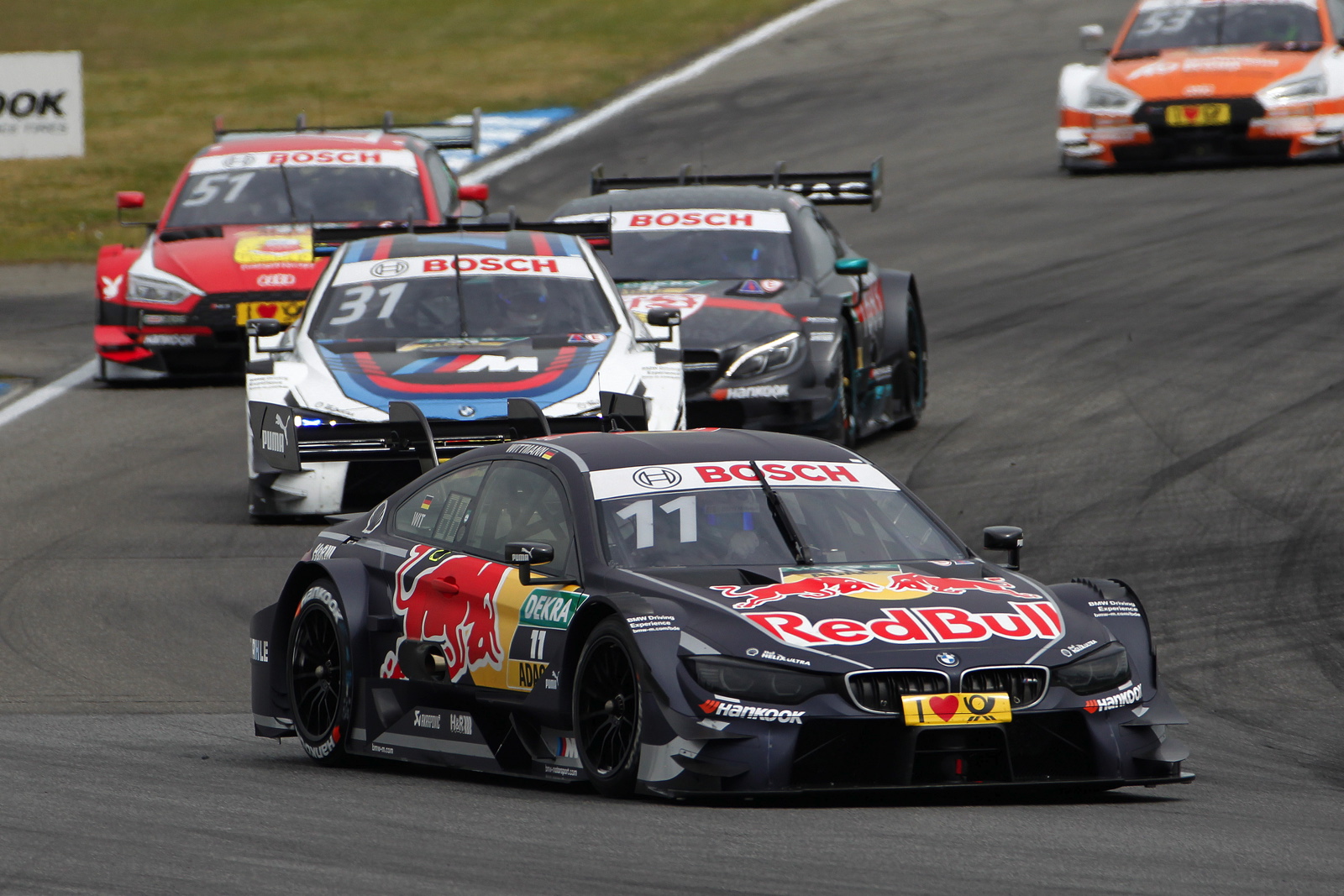 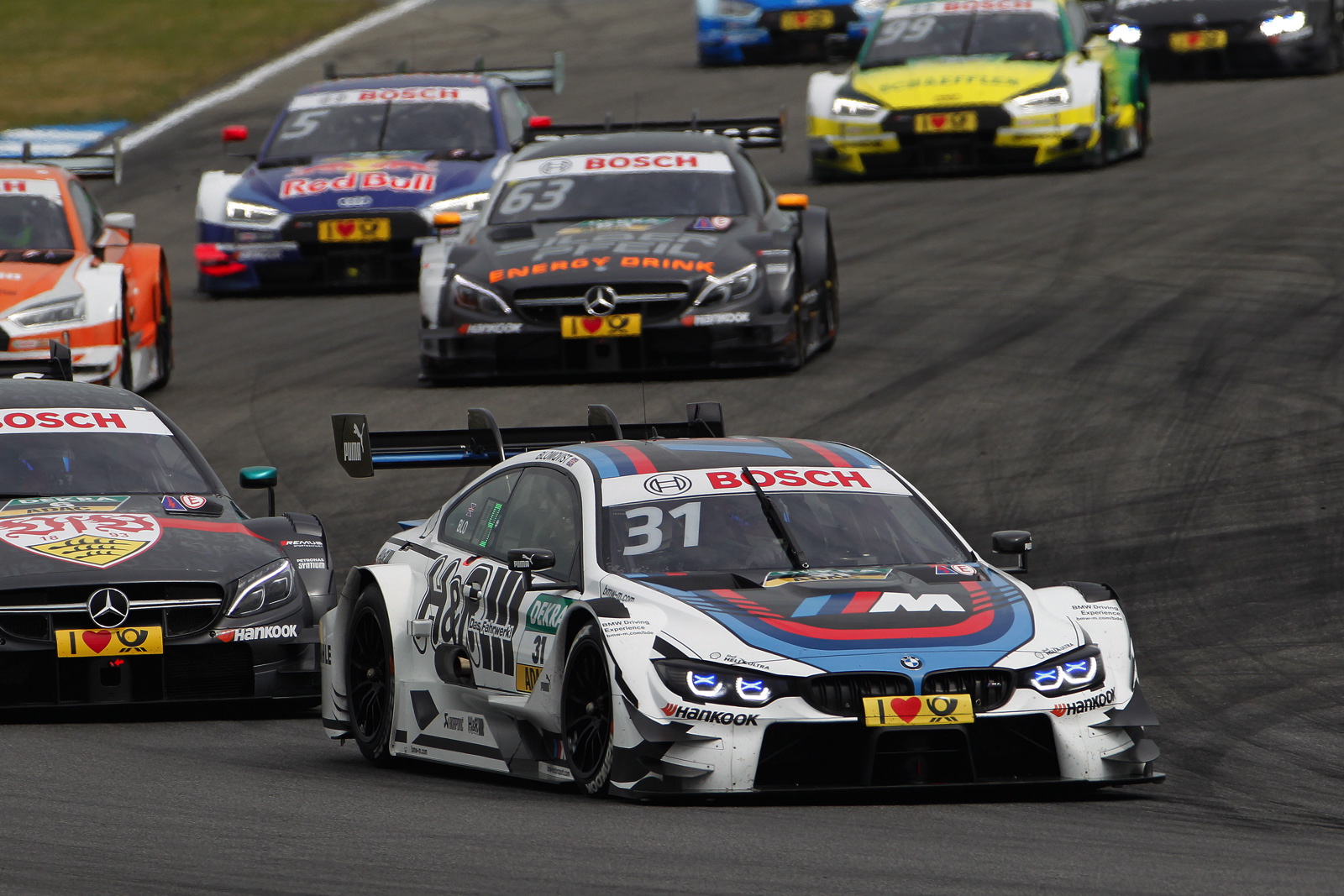 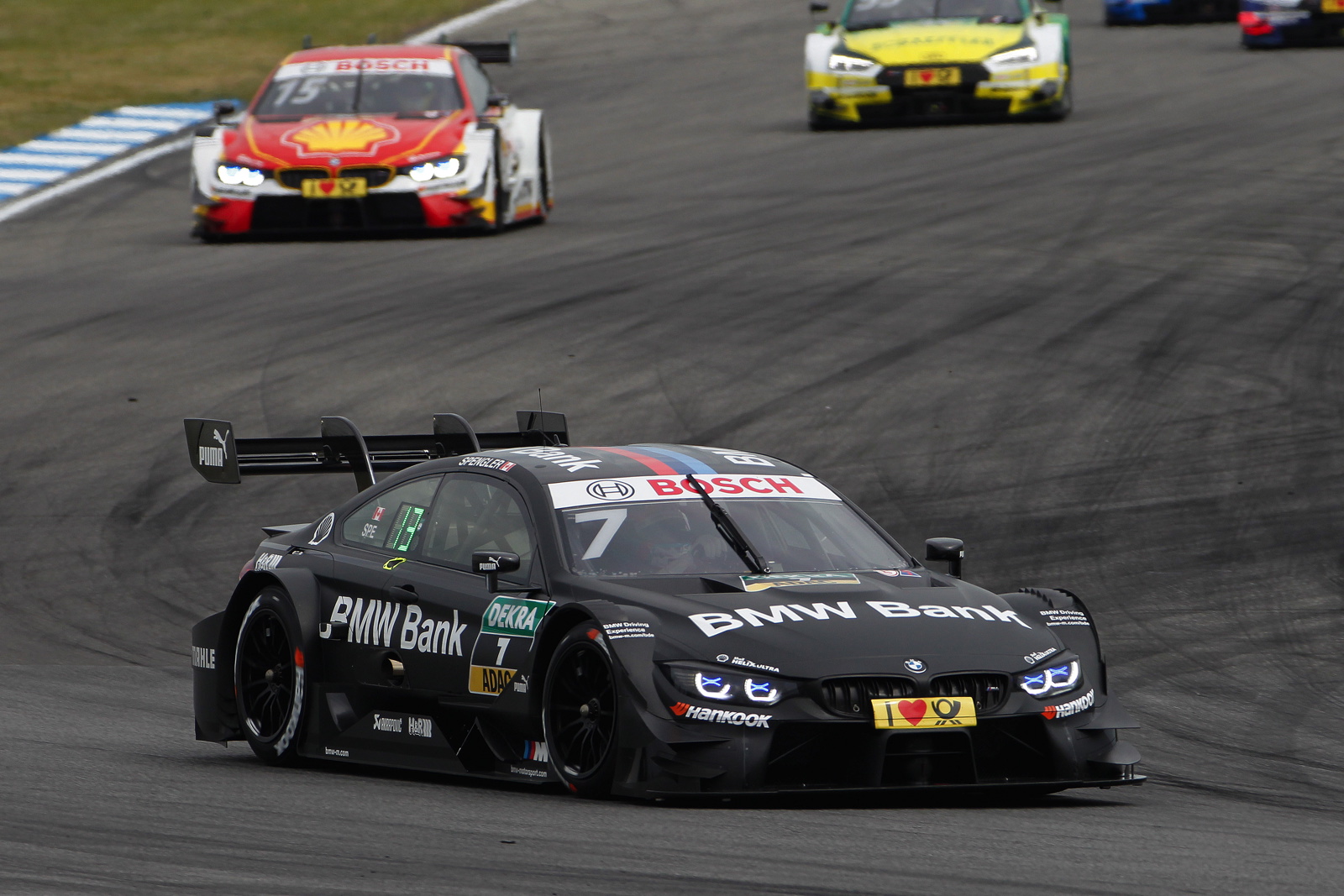 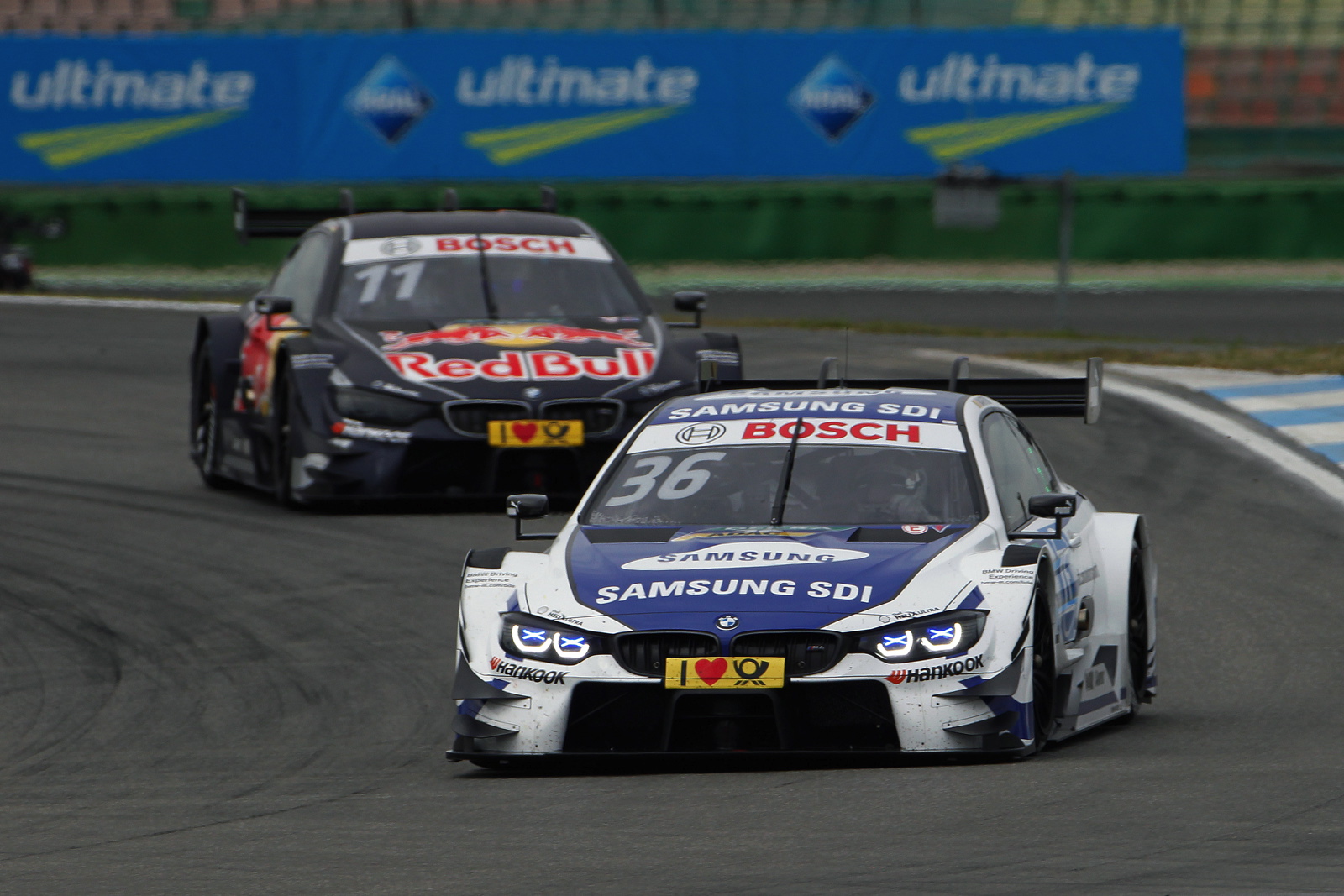 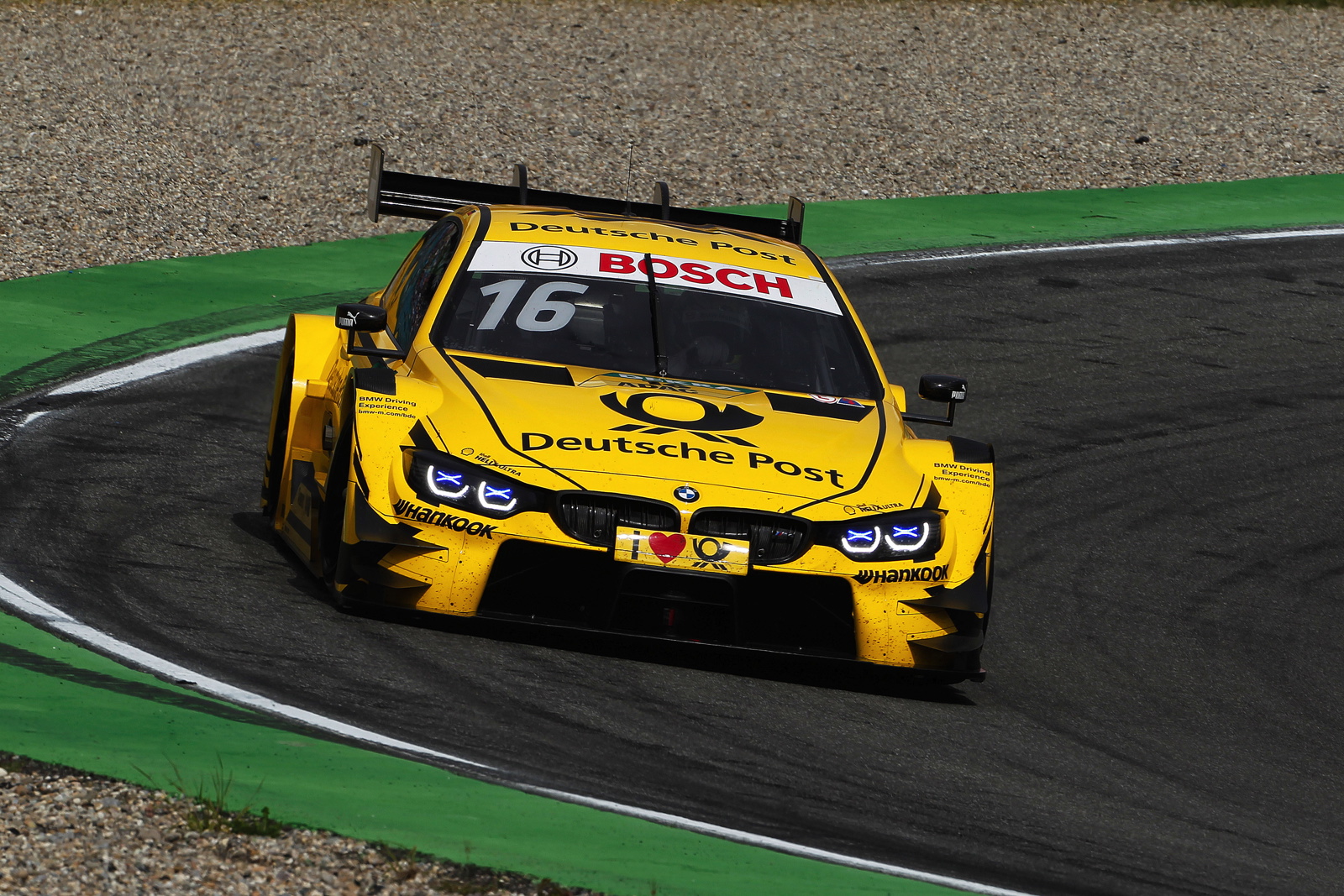 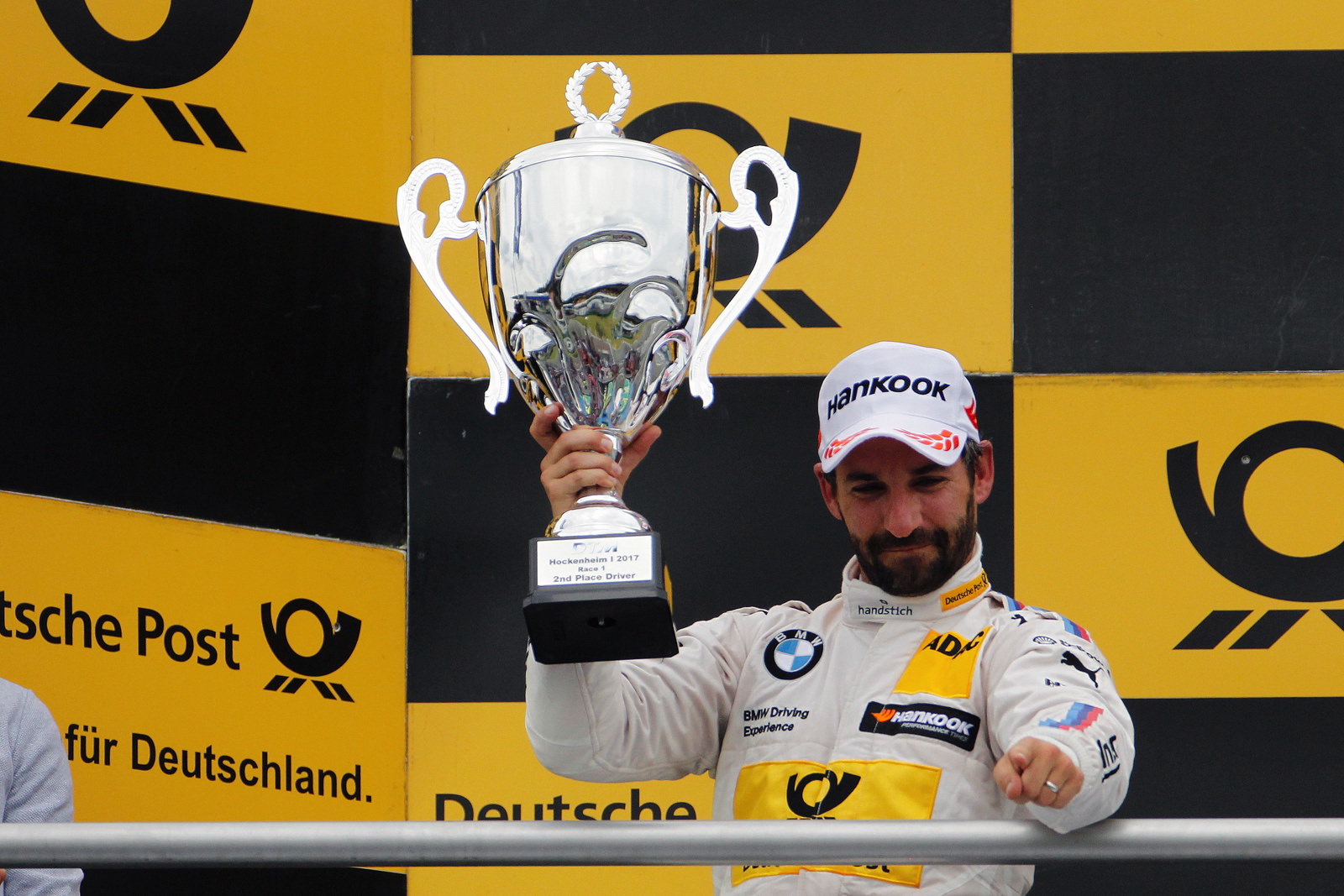