The 2017 DTM championship begins in Hockenheim

When the sound of roaring engines rings around Hockenheim (GER) at the start of May, it means one thing to every motorsport fan: the DTM is back. The touring car series kicks off this weekend with the first two races of the 18 that make up the 2017 season. BMW Motorsport will send six newly-developed BMW M4 DTMs in search of more success in the DTM. The squad of drivers is spearheaded by reigning champion Marco Wittmann (GER), who last year claimed the eighth title of a possible 15 for BMW since returning to the DTM in 2012. With new racing cars and a finely-honed format, the DTM once again promises to provide touring car racing of the highest quality in 2017. 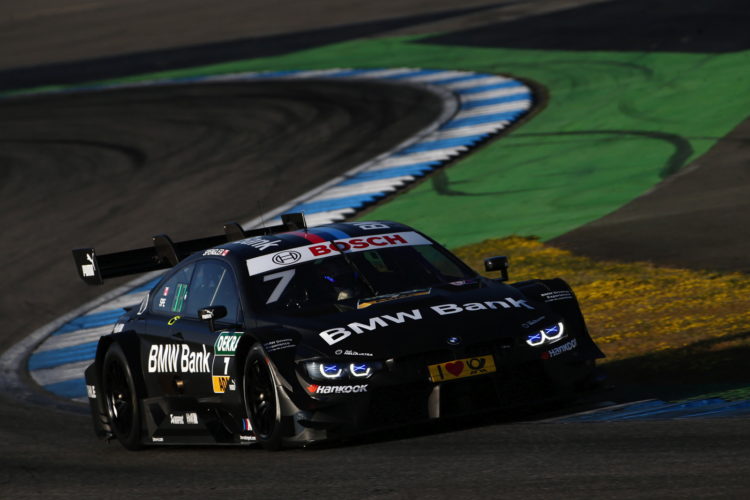 The two BMW Teams, RMG and RBM, and their six drivers have an intense period of preparation behind them. The BMW M4 DTM, which was developed by BMW Motorsport, has proven itself and shown its great potential during tests, including Timo Glock’s (GER) fastest time at the grand finale of the preparations in Hockenheim at the start of April. Despite this, the pack will be shuffled once again at the season-opener on the 4.574-kilometre track. Traditionally, the first qualifying sessions and race provide the first real opportunity to assess the genuine balance of power with completely new cars.

The race cars are not the only things that are new for the 2017 DTM season. The same goes for many other areas. Softer tyres that degrade more quickly, a more efficient Drag Reduction System (DRS), and such details as a ban on heated tyre covers are among the innovations designed to ensure that greater emphasis is on the driver’s ability and that the fans are treated to even more action out on the track. As on the Sunday, Saturday’s race will now also feature a mandatory pit stop in 2017. Both races will last 55 minutes (+1 lap). Each of the three automobile manufacturers involved in the DTM will line up with six drivers. 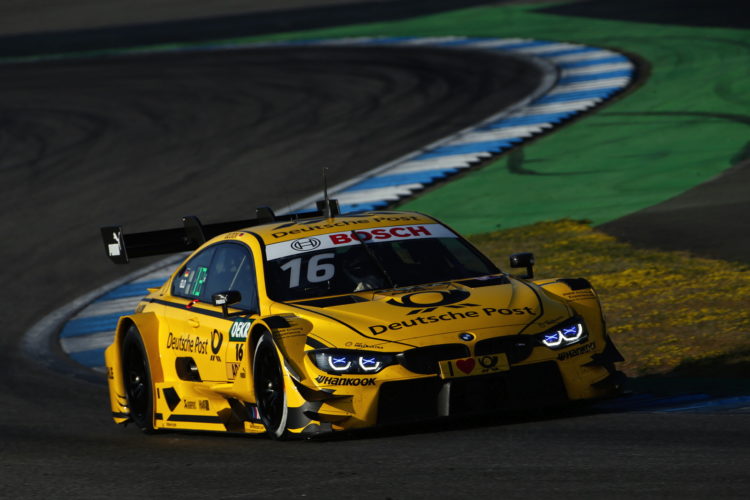 Strict restrictions on radio communication between the team and drivers have also been enforced. The re-start in an Indianapolis-style, two-row grid formation after safety car phases also promises to add to the excitement. Use of the DRS system is limited to twelve laps (36 activations) in all races. Furthermore, points will be awarded to the top three positions in qualifying in 2017: the driver on pole position will receive three points, second place picks up two points, with one point going to the third-placed driver.

BMW Motorsport will send two works teams into battle, each with three drivers. Marco Wittmann is joined at BMW Team RMG by Augusto Farfus (BRA) and Timo Glock (GER). Bruno Spengler (CAN), Tom Blomqvist (GBR) and Maxime Martin (BEL) will have their sights set on top results for BMW Team RBM. Glock and Blomqvist’s cars will be run by combined crew consisting of RMG and RBM mechanics – BMW Team RMR. 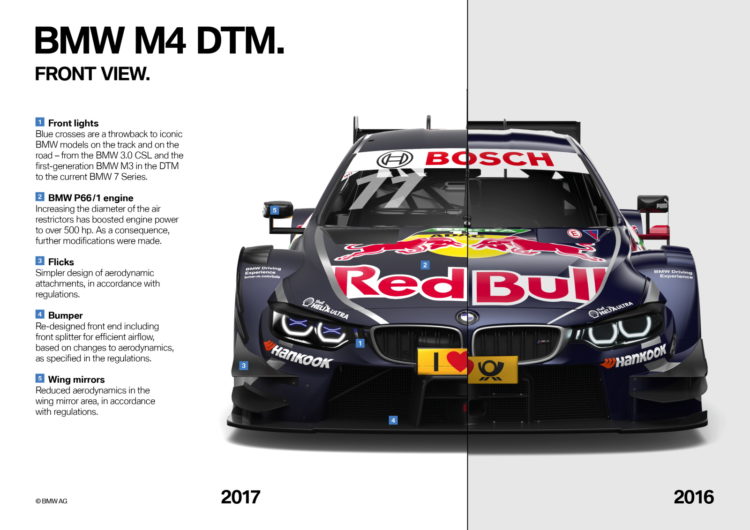 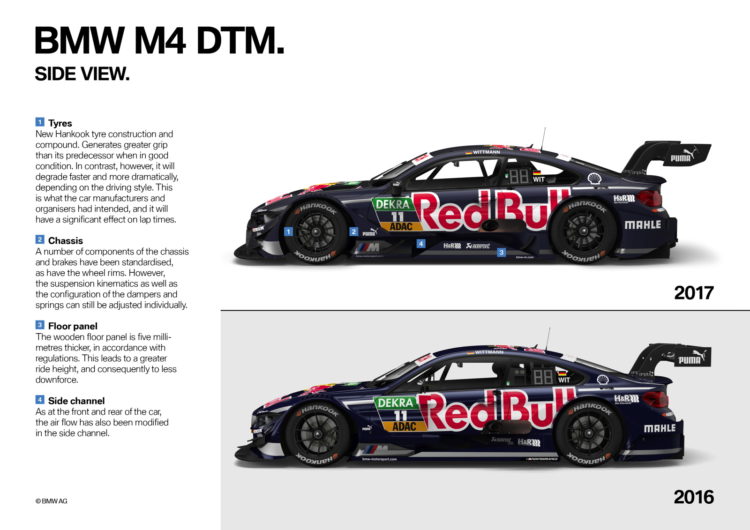 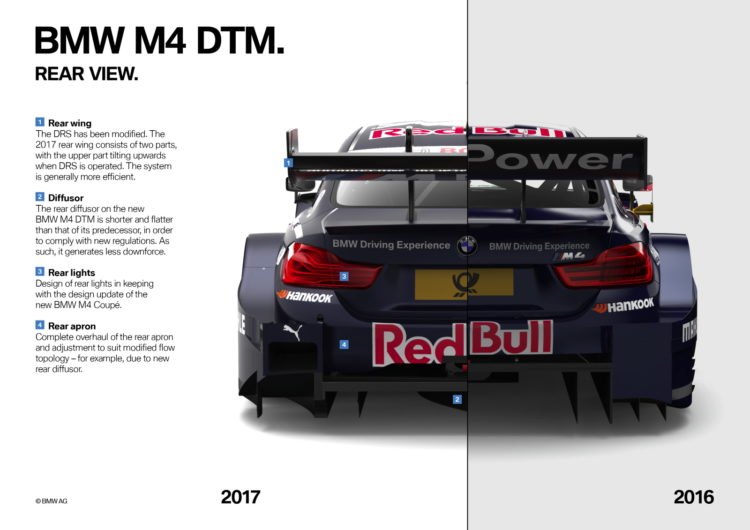 BMW Motorsport Director Jens Marquardt: “I think we are about to witness one of the most exciting DTM seasons ever. In many regards, the series set the course for a successful future over the winter – whether with the development of the new cars, changes to the regulations and format, or bringing a new man in at the top, in the form of Gerhard Berger. As such, we are all really looking forward to the first showdown in Hockenheim. Everything we saw at the tests counts for nothing now. 18 of the top drivers in the world will go head to head in racing cars generating over 500 hp – and in front of what are probably the very best touring car crowds. We are well prepared with the new BMW M4 DTM. Bring on the first two races of the year.”

Stefan Reinhold (team principal, BMW Team RMG): “Our team has worked very hard indeed in the final weeks ahead of the season-opener. Following the final tests, we have prepared the three cars for our drivers and set them up as well as possible for the opening races in Hockenheim. We have also spent a lot of time practicing the new pit stop processes, which pose new challenges for our crews. We are delighted to welcome Augusto Farfus into the team as the third driver alongside Marco Wittmann and Timo Glock. He will be a great addition with his experience and speed.”

Marco Wittmann (#11, Red Bull BMW M4 DTM – 56 races, 8 wins, 15 podiums, 8 pole positions, 523 points, 2 Drivers’ titles): “It is obviously very nice to go into a DTM season as the defending champion for the second time in my career – not with the number 1 this time, but with the number 11. I hope that brings me more luck than last time. My memories of Hockenheim are very good. After all, I won the title in my last race there. That was a great weekend.”

Augusto Farfus (#15, Shell BMW M4 DTM – 66 races, 4 wins, 12 podiums, 5 pole positions, 345 points): “Pretty much everything is new to me at the start of this DTM season: the team, the car, the engineers, my team-mates, the rules. I have not experienced anything like this since 2012. However, I am really looking forward to this new challenge. All the manufacturers are basically starting from scratch this year. As such, I can imagine we may be in for a few surprises in the first few races.”

Timo Glock (#16, DEUTSCHE POST BMW M4 DTM – 56 races, 3 wins, 5 podiums, 1 pole position, 335 points): “We have an exciting season ahead of us, and are all really looking forward to it. I have a lot of positive associations with Hockenheim. I have had a lot of good and, above all, successful races there. My maiden DTM win in my debut season was obviously a bit special. That makes it all the better that we get to go there twice every year. The circuit is tailor-made for the DTM. I always have a good feeling when I come to Hockenheim. I can hardly wait for the race season to finally get started.

Bart Mampaey (team principal, BMW Team RBM): “After a long and busy winter, we are delighted to be going racing again. In Bruno Spengler, we welcome a very experienced and quick driver to the team. He will form a very strong trio with Tom Blomqvist and Maxime Martin. I am particularly looking forward to seeing how the cooperation between our team and BMW Team RMG on the cars of Tom Blomqvist and Timo Glock will work out.”

Bruno Spengler (#7, BMW Bank BMW M4 DTM – 139 races, 14 wins, 45 podiums, 17 pole positions, 758 points, 1 Drivers’ title): “I have been made to feel very welcome in my new team, and am very much looking forward to driving for BMW Team RBM this year. A new team and a new car mean that this season is something of a new start, after last year did not work out so well for me. It is always rather special to go into a season with a new car. I am certainly very motivated to do well.”

Tom Blomqvist (#31, BMW Driving Experience M4 DTM – 36 races, 1 win, 5 podiums, 1 pole position, 172 points): “I really like the new design of my BMW Driving Experience M4 DTM. It looks fantastic and is hopefully very quick too. I am intrigued to see how good we are compared to the opposition. The biggest difference to last year will be the tyres, which will degrade faster. Let’s see who copes best with that at the first race weekend.”

Maxime Martin (#36, SAMSUNG BMW M4 DTM – 46 races, 2 wins, 6 podiums, 2 pole positions, 231 points): “I think the new regulations will make the start of the season extremely interesting. The cars have more power and are fantastic to drive. The new tyres make a huge difference and, in my opinion, will make for a lot of different race strategies. I am looking forward to an exciting weekend.”

In total, the Hockenheimring has hosted no fewer than 82 DTM races since 1984. BMW has 14 wins, nine pole positions and 38 podiums to its name. The last time a BMW driver climbed onto the top step of the podium was in 2014, when Marco Wittmann won the opening race of the season to claim the 60th BMW victory in the DTM. This was also his first win in the series. Come the end of the year, the BMW Team RMG driver was lifting the trophy as the champion driver. 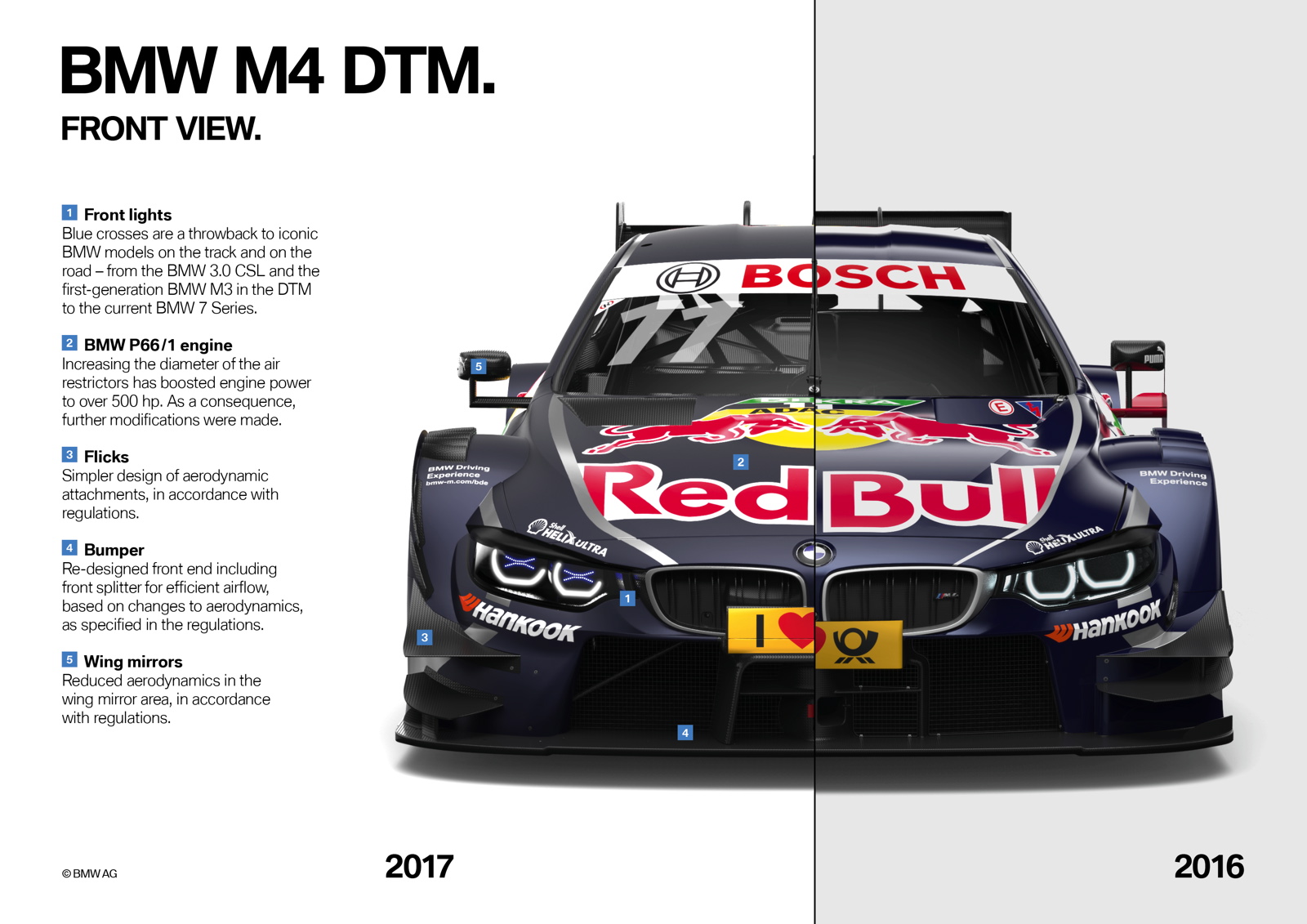 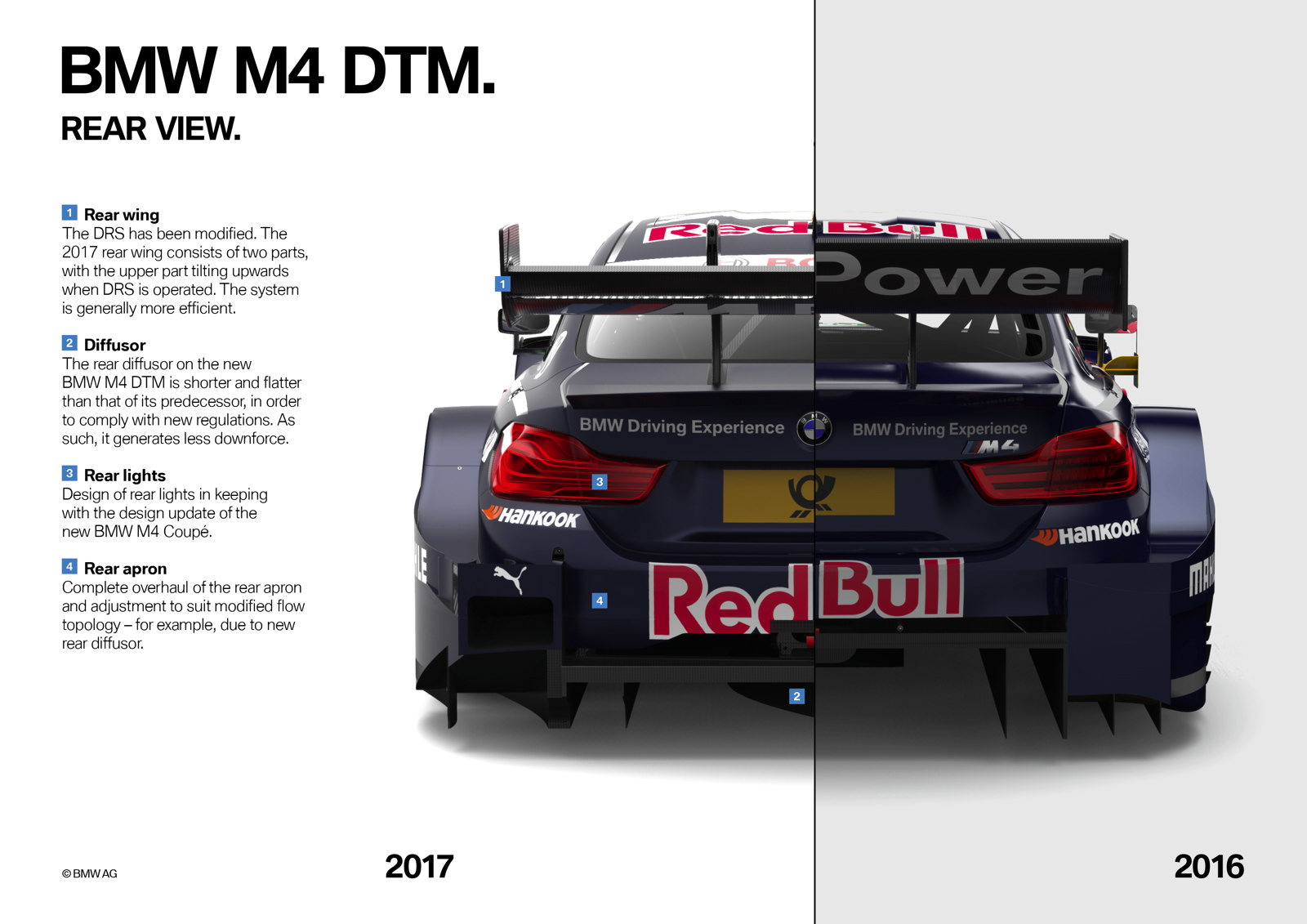 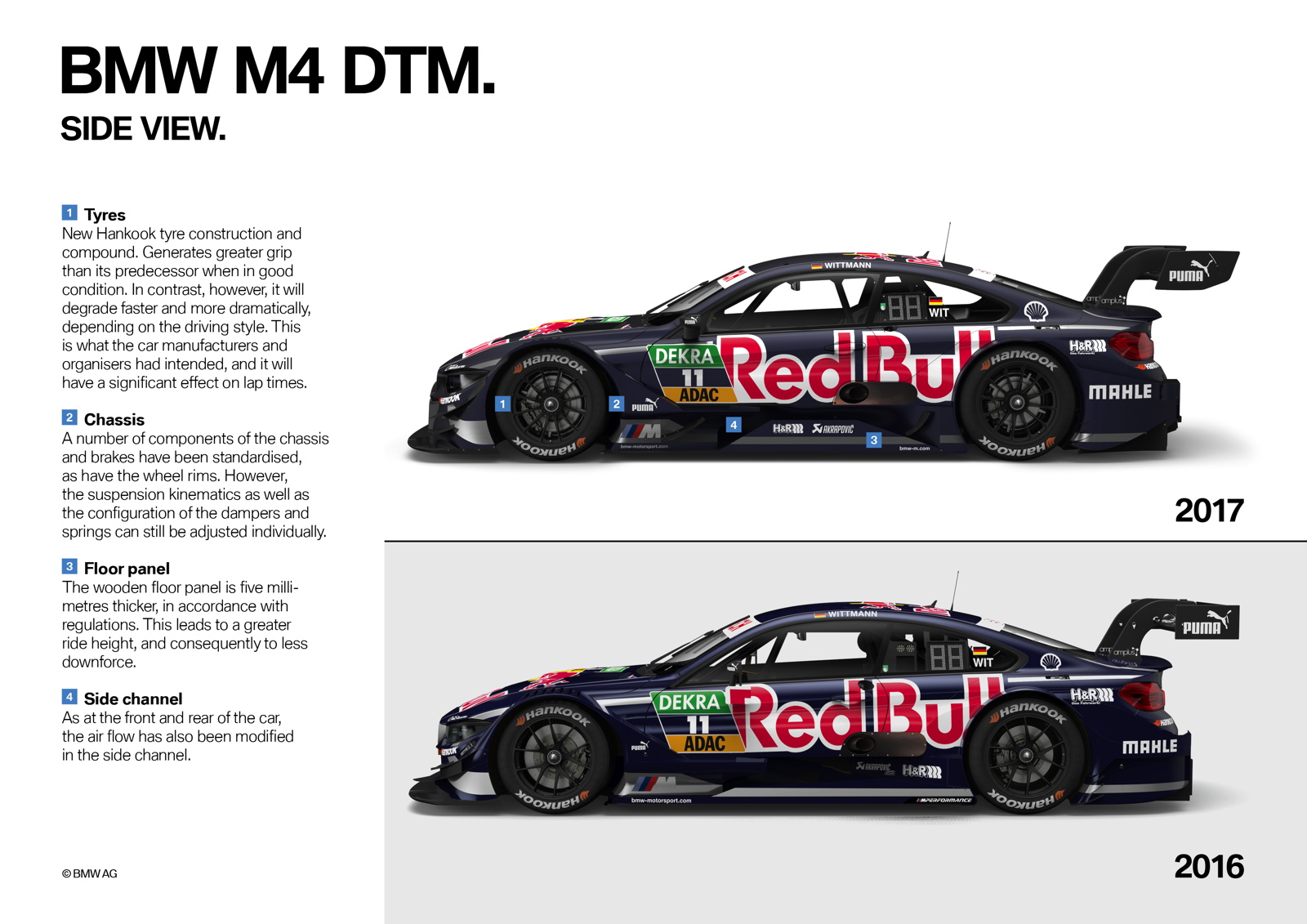 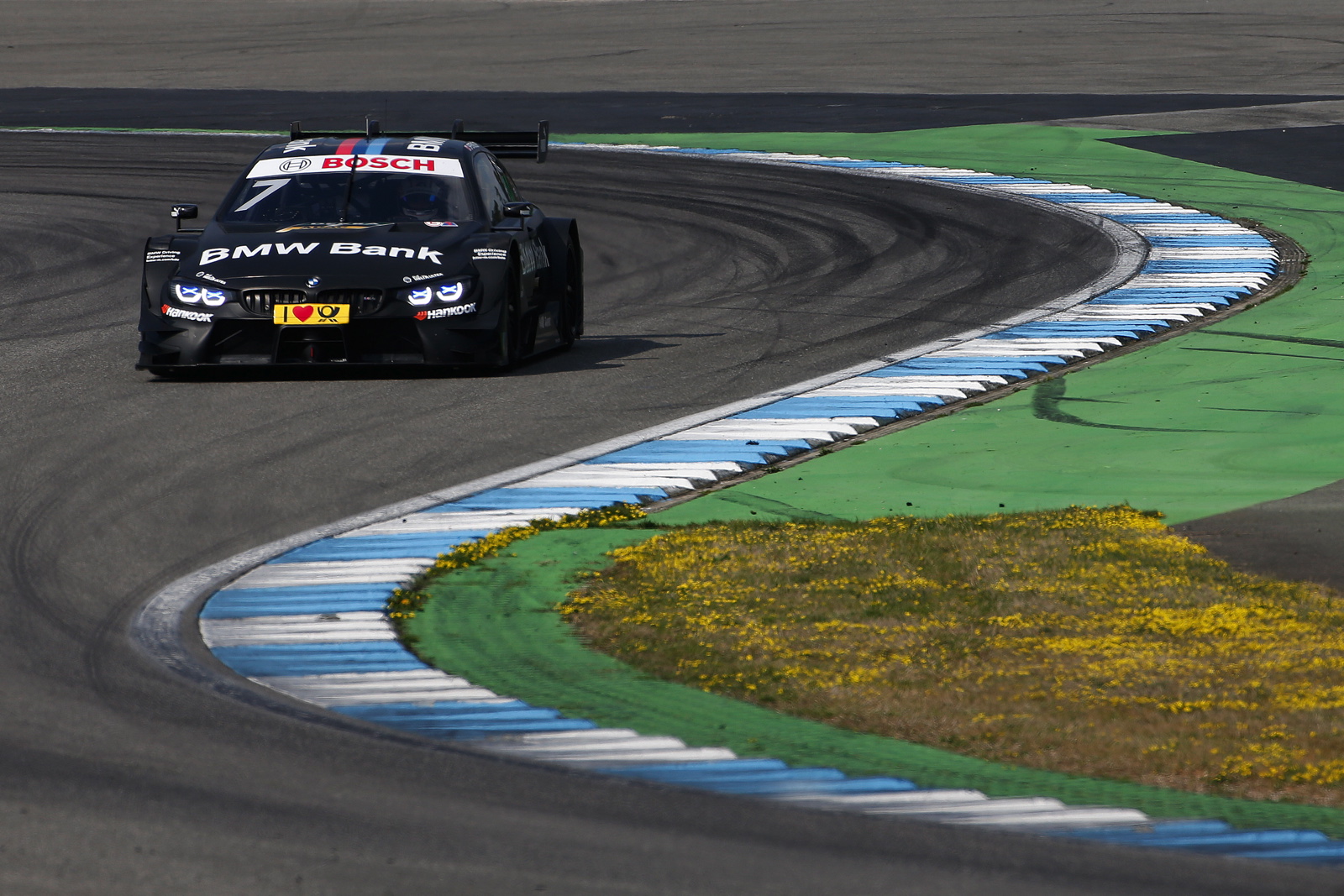 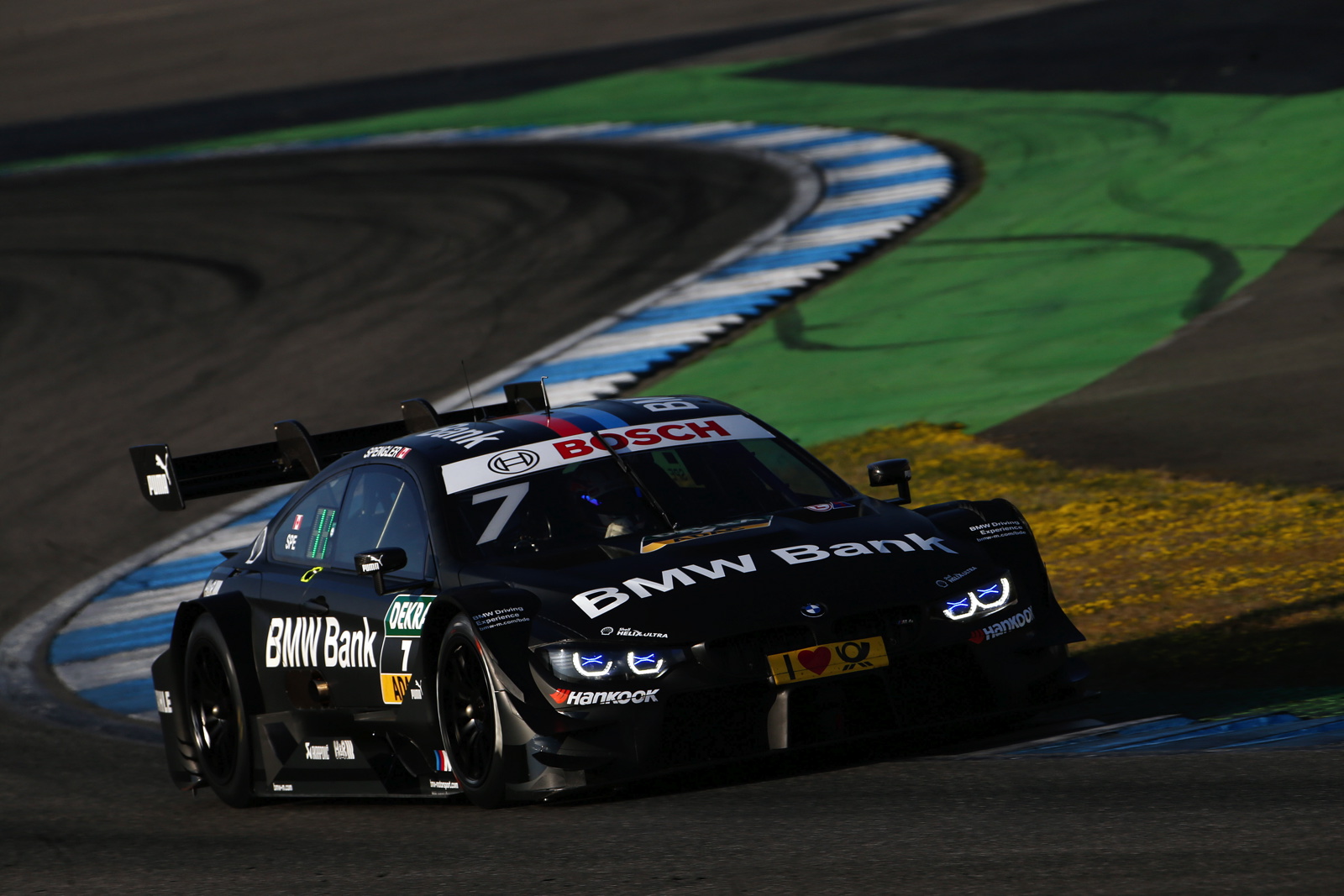 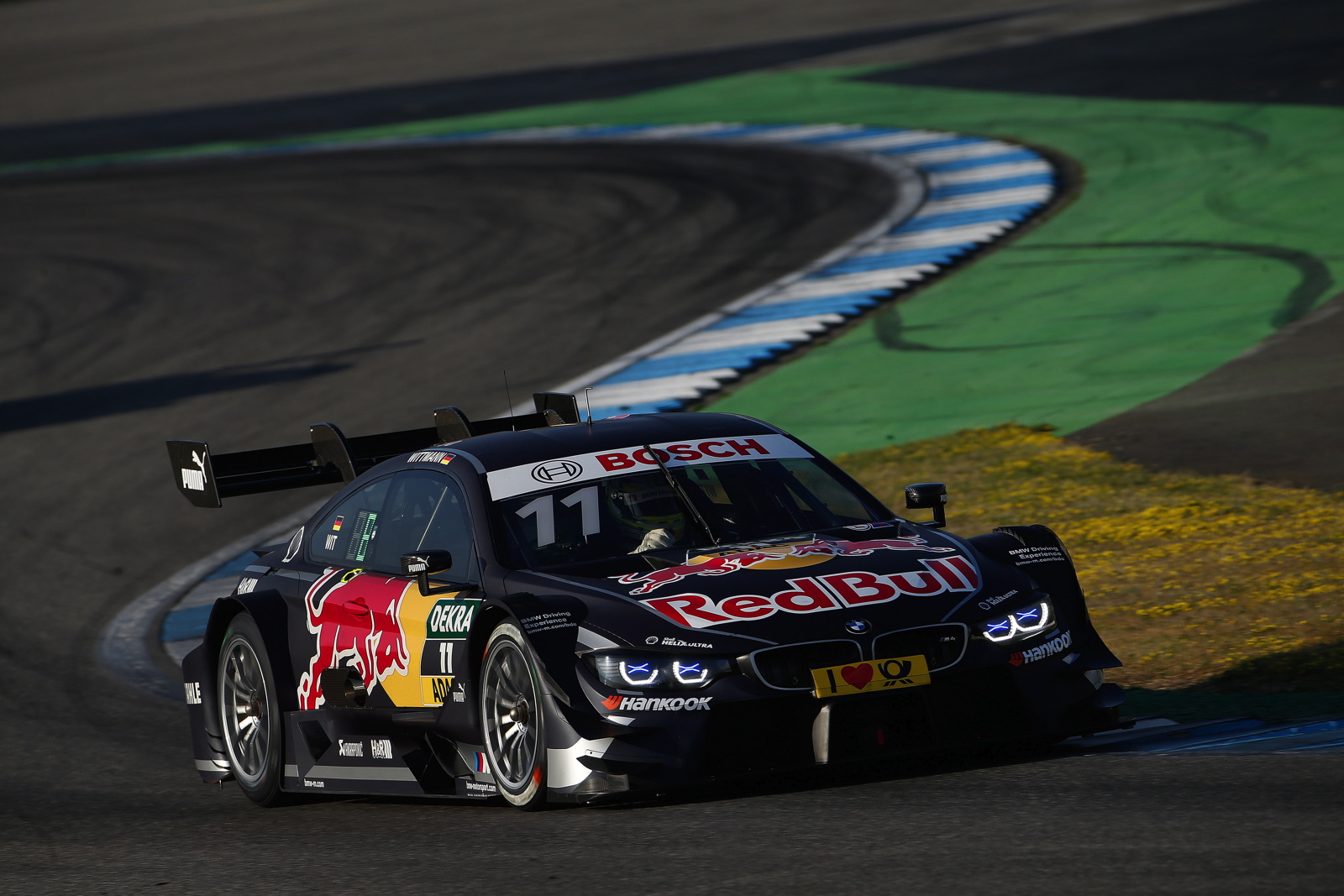