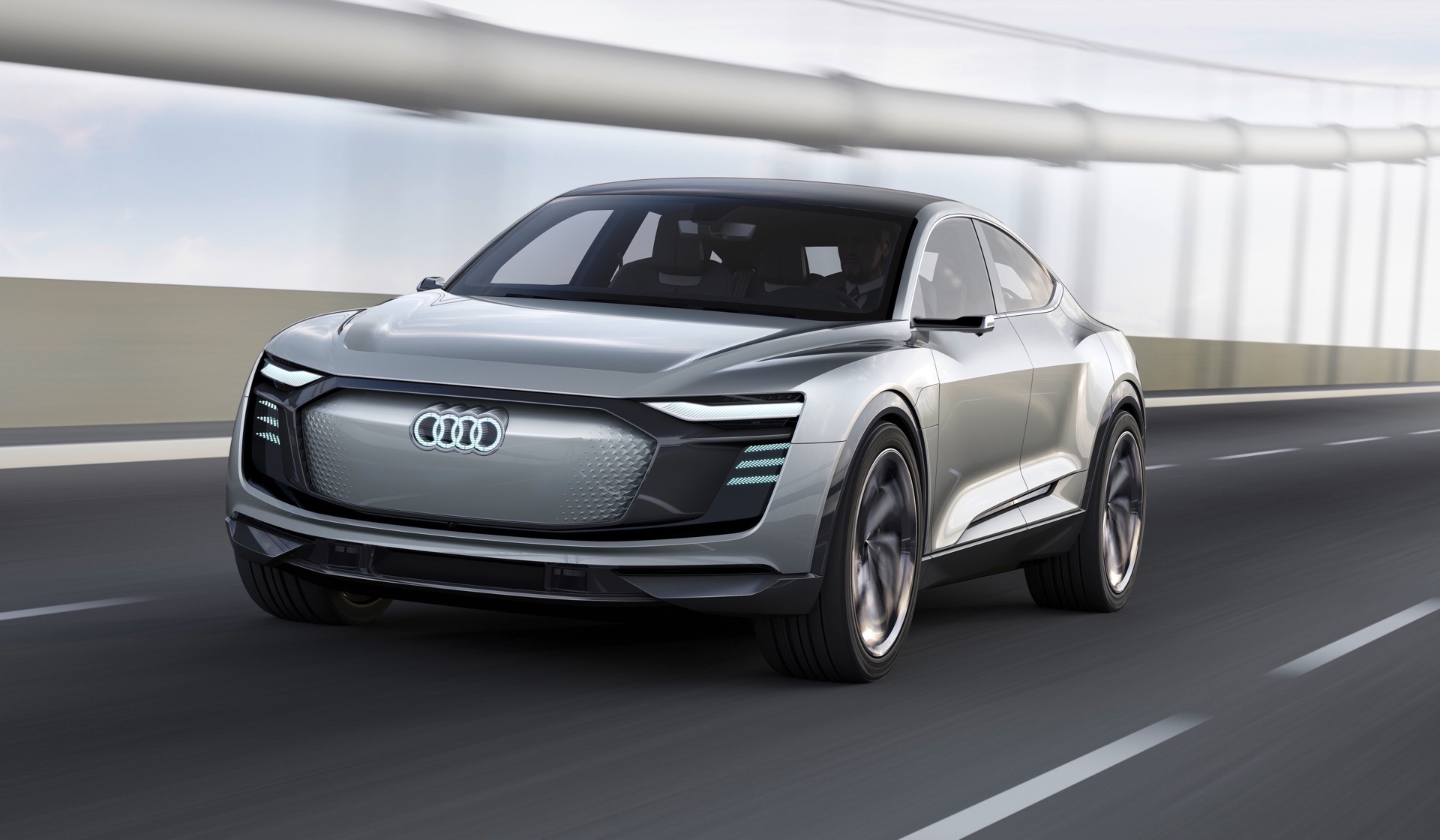 Audi recently teased its upcoming Audi e-tron Sportback Concept which recently made its debut at the Shanghai Auto Show. There were some pictures and some video to tease what it will look like ahead of its actual debut. However, Audi has now unveiled the e-tron Sportback in Shanghai.

While this e-tron Sportback won’t be the first electric car in Audi’s lineup when it’s scheduled to launch in 2019, it will be an important one. It will also be extremely competitive in its class.

“Our Audi e-tron will be starting out in 2018 – the first electric car in its competitive field that is fit for everyday use. With a range of over 500 kilometers (310.7 miles) and the special electric driving experience, we will make this sporty SUV the must-have product of the next decade. Following close on its heels, in 2019, comes the production version of the Audi e-tron Sportback – an emotional coupé version that is thrillingly identifiable as an electric car at the very first glance.” said Audi CEO Rupert Stadler. 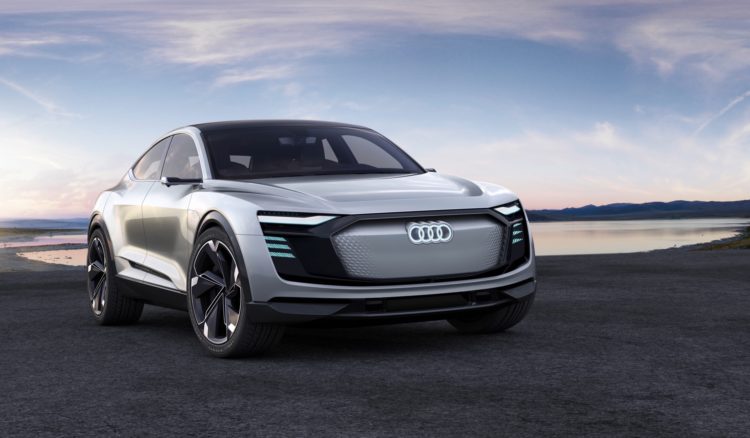 From the outside, the new Audi e-tron Sportback looks very much like a Marc Lichte product, with the wide Singleframe grille and squinty headlights. However, this is Lichte’s best design yet, as it looks sharp, aggressive and futuristic. There’s no guessing what this car is when you look at it, it’s a performance EV and it looks the part.

The front end looks great, with sharp, horizontal headlights, a massive grille without any vents or bars in it and an aggressively sculpted hood that creates a an impression of power, despite not having an engine underneath, which I think is really cool. By the way, Tesla, this is how you design an electric car’s grill and hood. It looks both futuristic, electric and and muscular, whereas a Model S now looks like Keanu Reeves’ sewed mouth in the Matrix. Obviously, the production car won’t look exactly like this but we’re hoping that a lot of the e-tron Sportback Concept’s design makes its way to the production car.

In profile, the body is sleek and streamlined, making it look fast even when it’s standing still. The aggressively haunched rear wheel arches give it a rear-wheel drive look, even though it isn’t. The rear taillights and light bar are all OLED, allowing them to create interesting shapes and pulse in a flowing manner, making them look quite futuristic. The Audi logo also lights up red but that seems a bit corny, like the Viper logo acting as a third brake light on the Dodge Viper.

Inside, the e-tron Sportback Concept is a techno-fest. There are touchscreens everywhere, cameras for mirrors and even an information display for the front passenger. It’s the sort of minimalist cabin we see from a lot of modern concepts but don’t expect a lot of this to translate over to production cars.

Underneath the skin, the e-tron Sportback will be every bit as high-tech as its body work makes it look. At the front axle, there will be a single electric motor with two separate electric motors powering each rear wheel at the back axle. This allows it to have real, full-time torque-vectoring all-wheel drive. More importantly, those motors combine to create 429 hp and can even boost up to 496 hp under certain circumstances. Audi claims that it can get from 0-60 mph in 4.5 seconds, which is damn quick for an electric car.

Powering those electric motors is a 95 kWh battery that is said to have a range of 500 kilometers, or around 310 miles. If this makes it to production, it will be one of the biggest batteries on the market and have one of the longest ranges.

The Audi e-tron Sportback Concept is the second of three electric cars Audi plans on releasing in the coming years. The first was the Audi Q8, which will debut in 2018. This e-tron Sportback will be hitting the road in 2019. A third EV is in the pipeline, which could be something along the lines of a plug-in hybrid sports car to rival the BMW i8. But of all of them, this is the one we’re the most excited about. With four doors, pure electric power, a claimed 300 miles of range and over 400 hp, this will be one of the best EVs on the market. 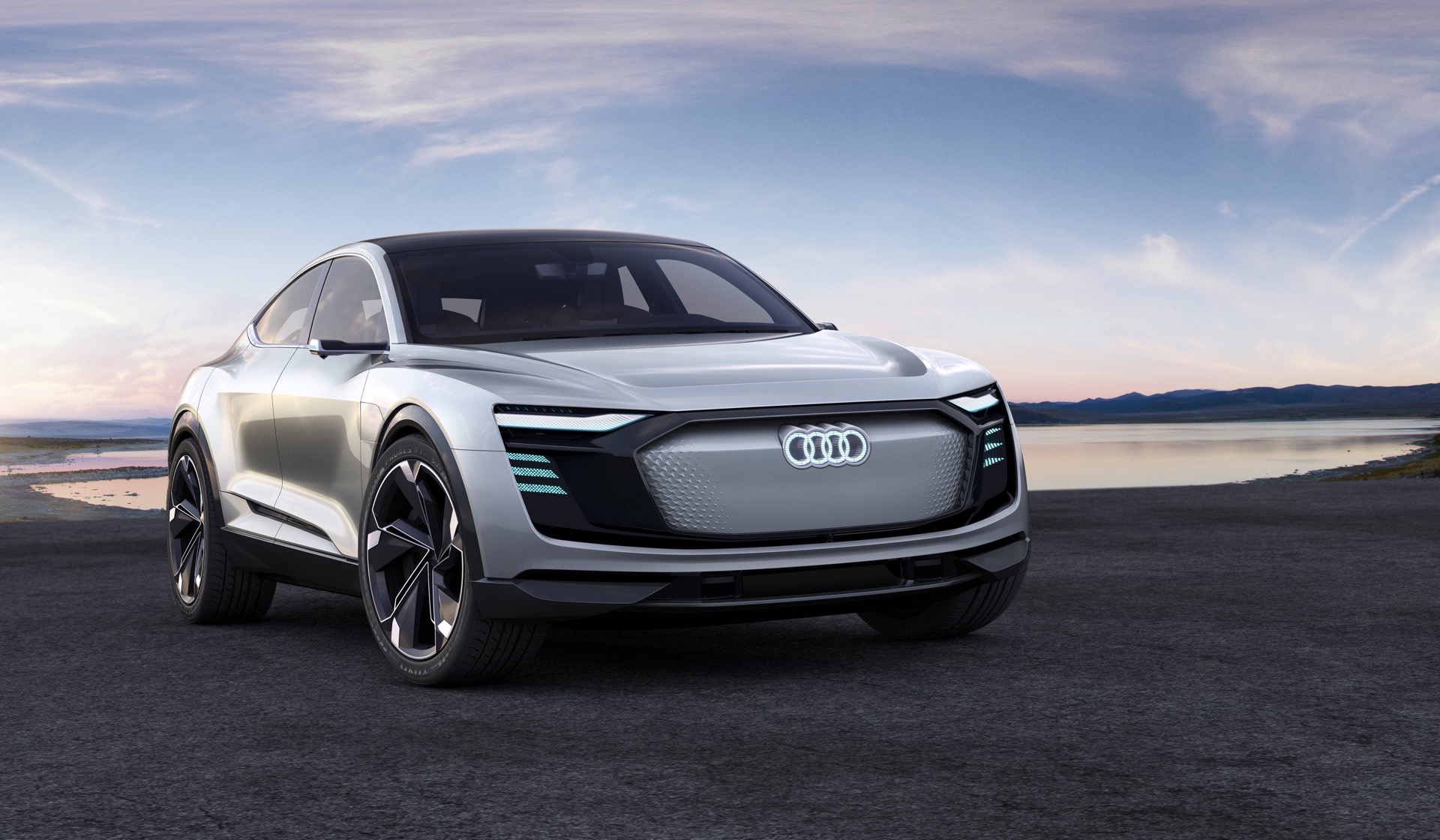 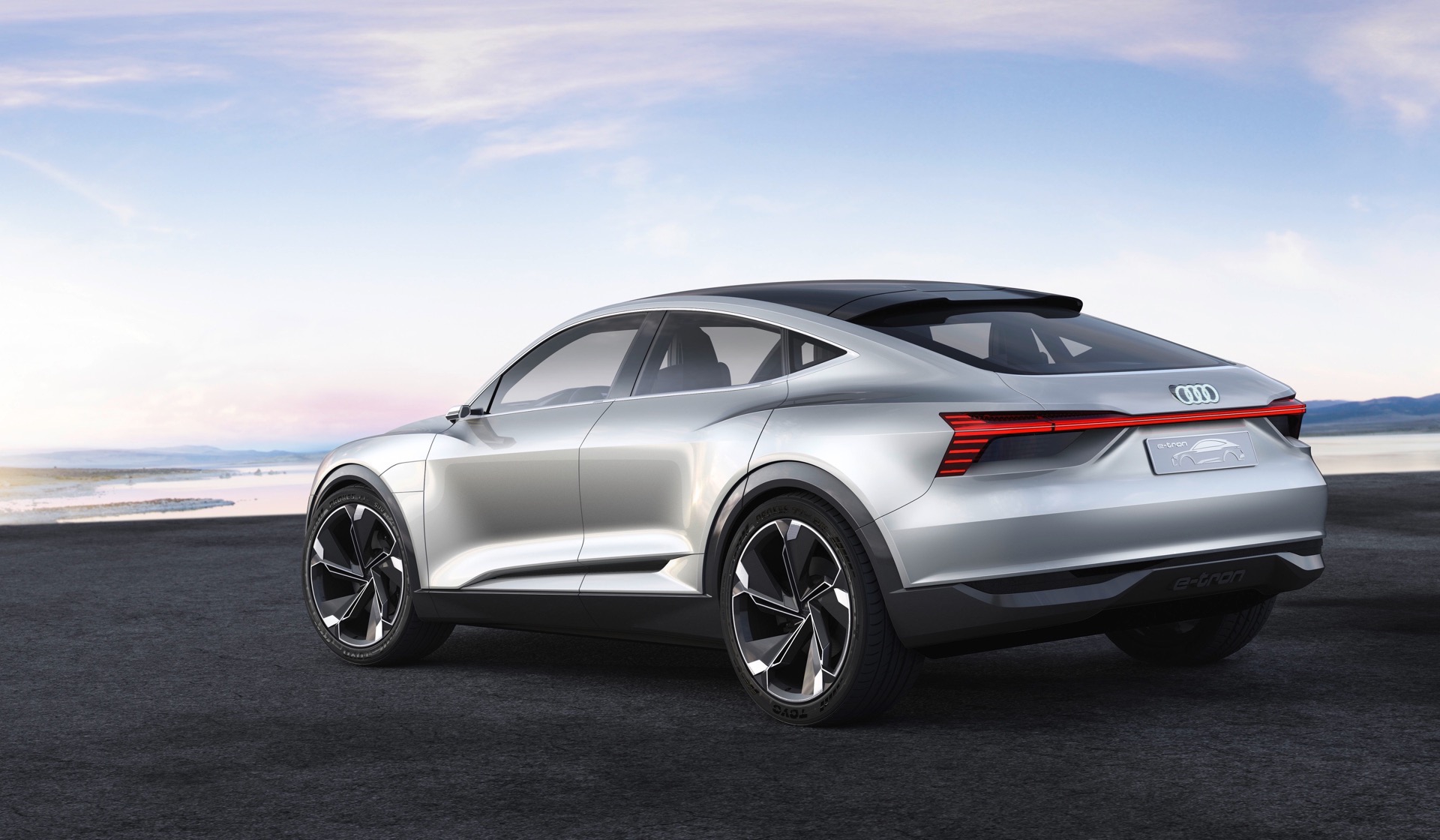 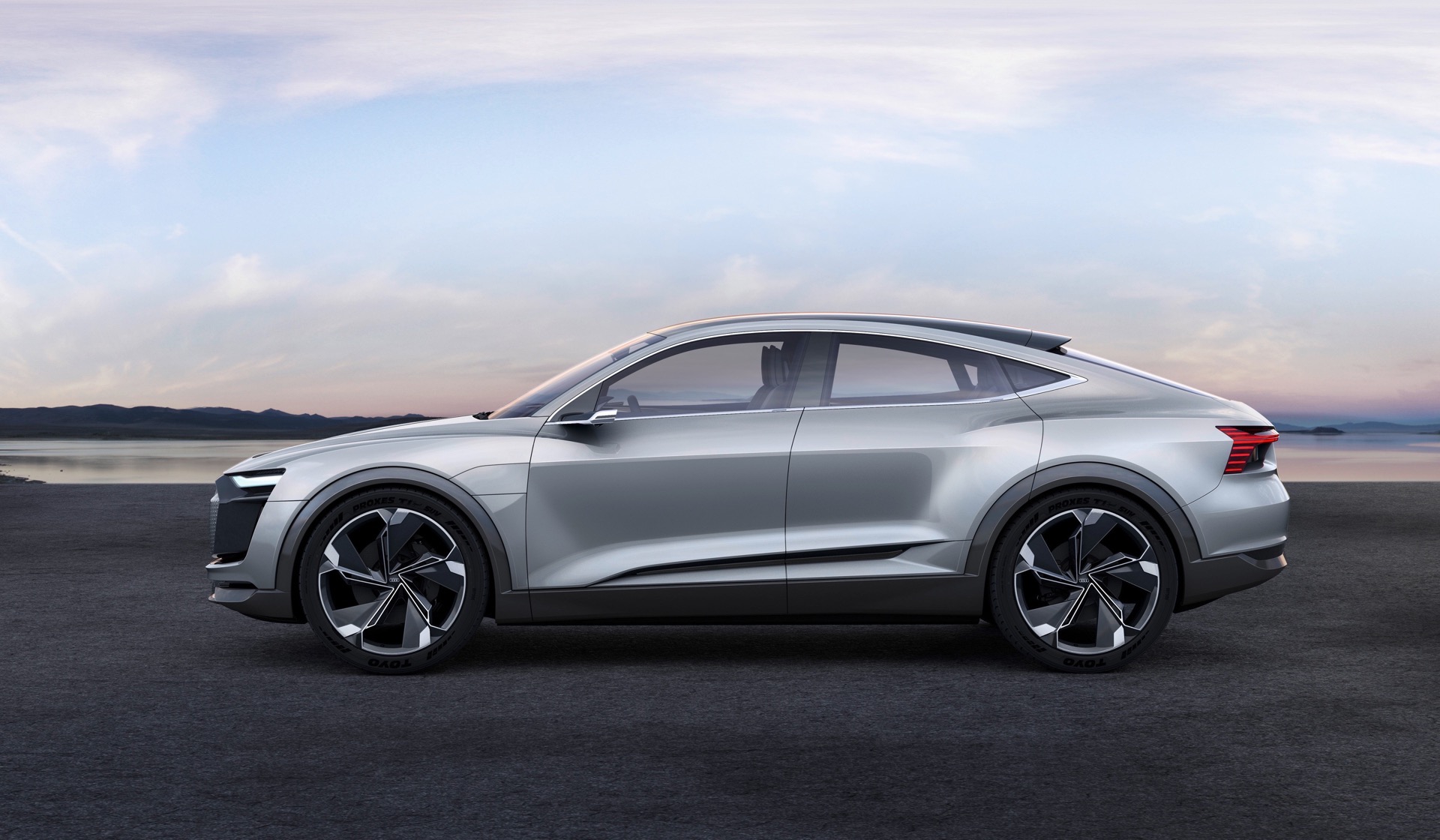 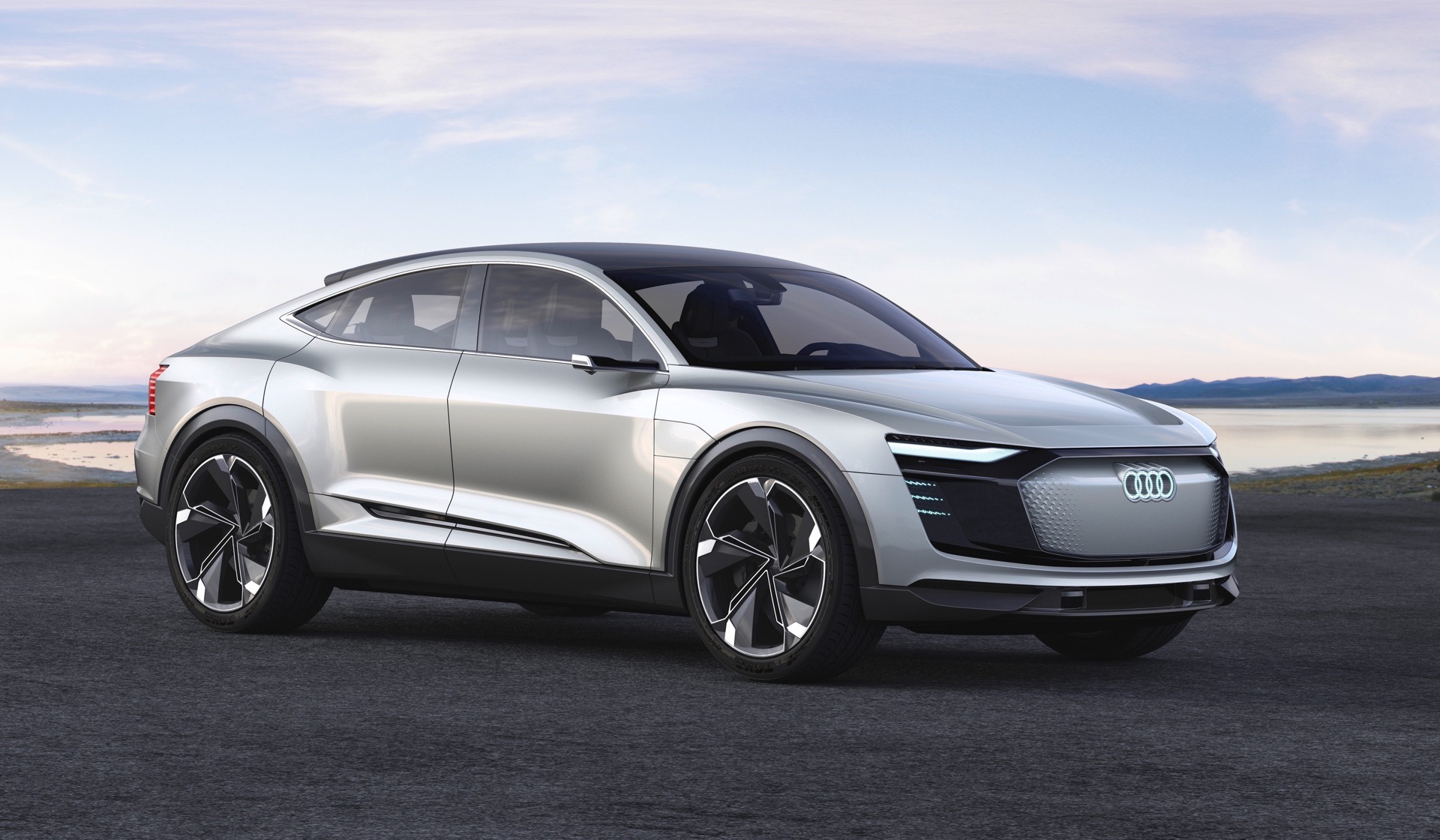 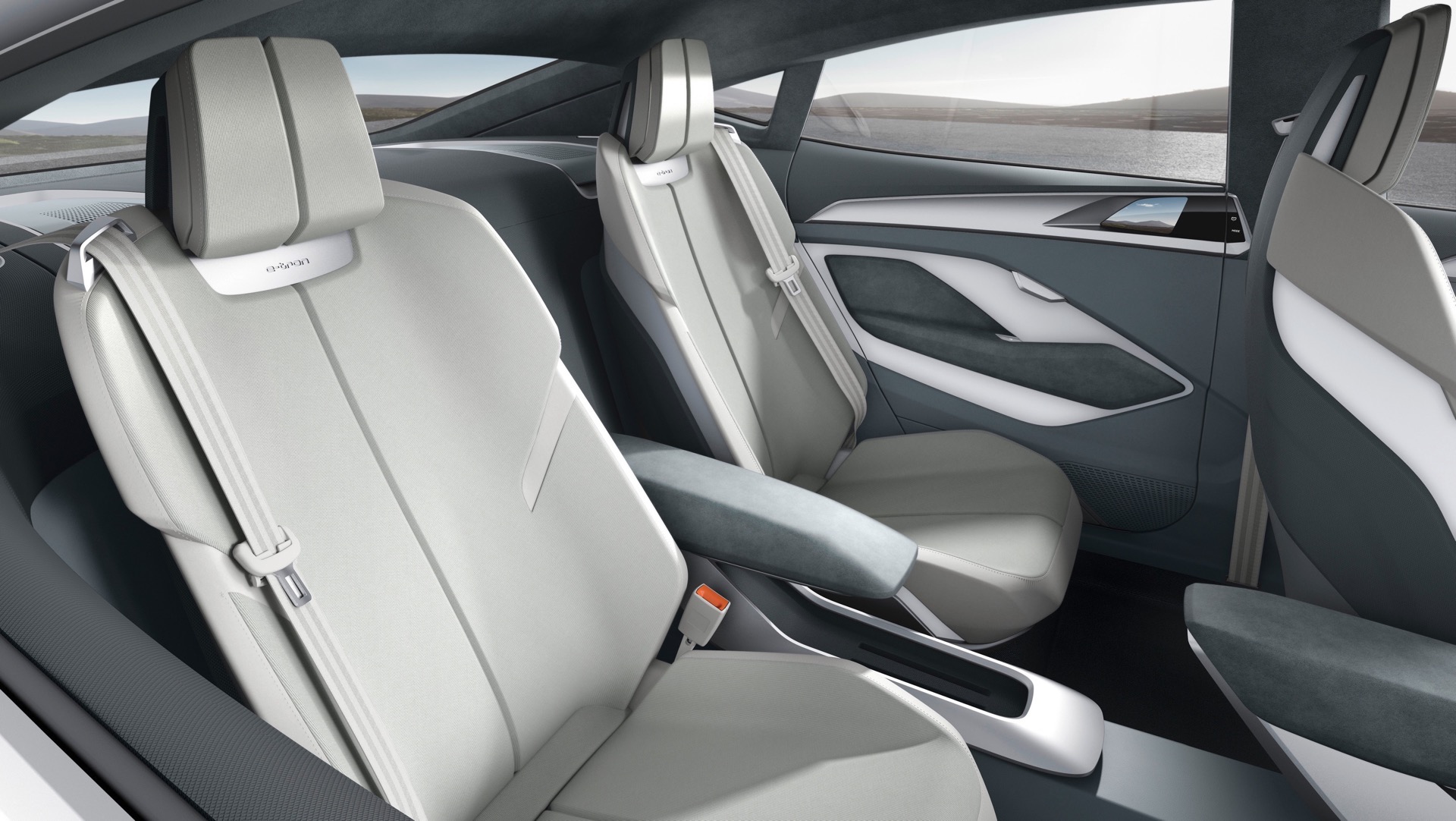 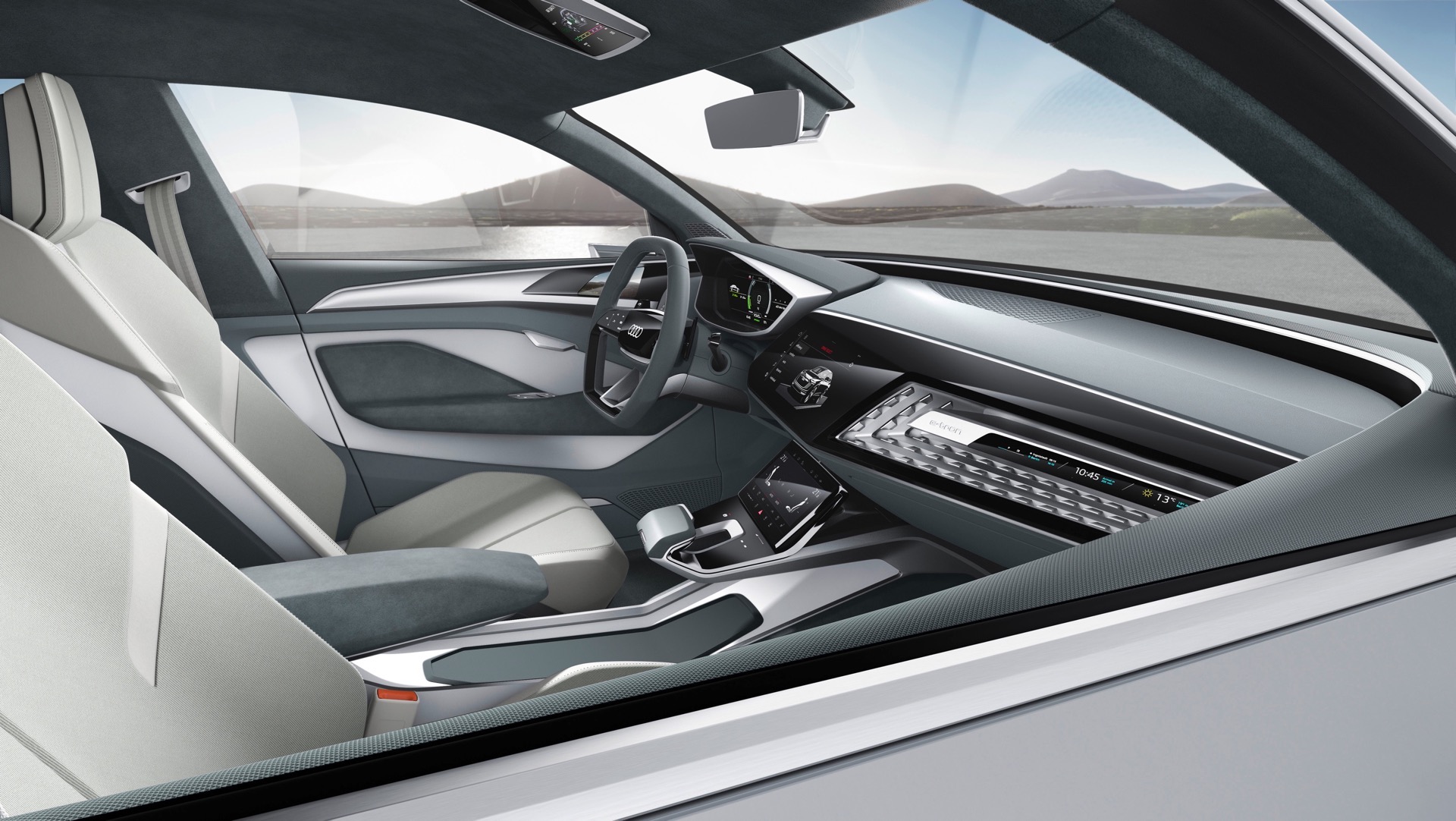 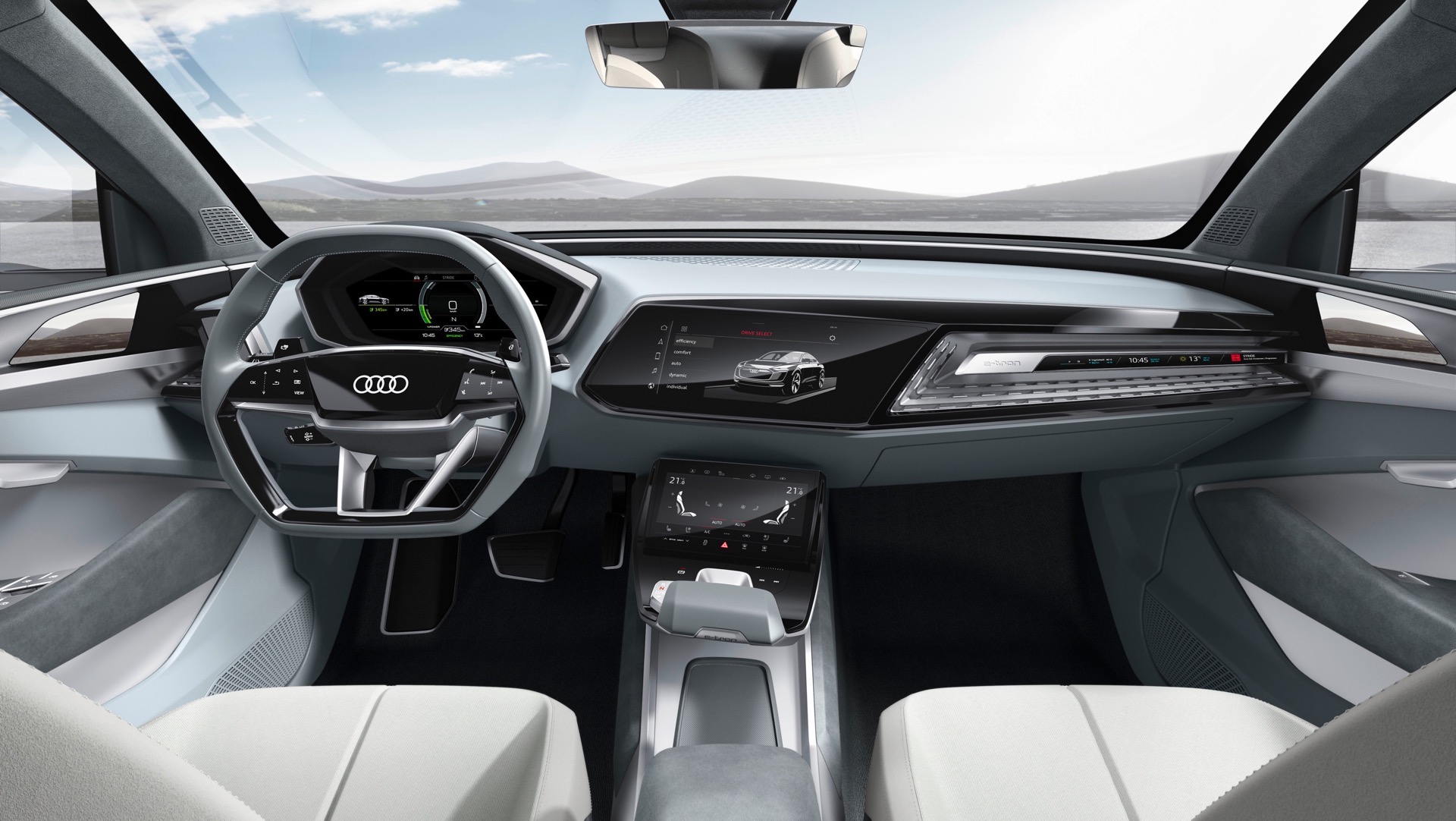 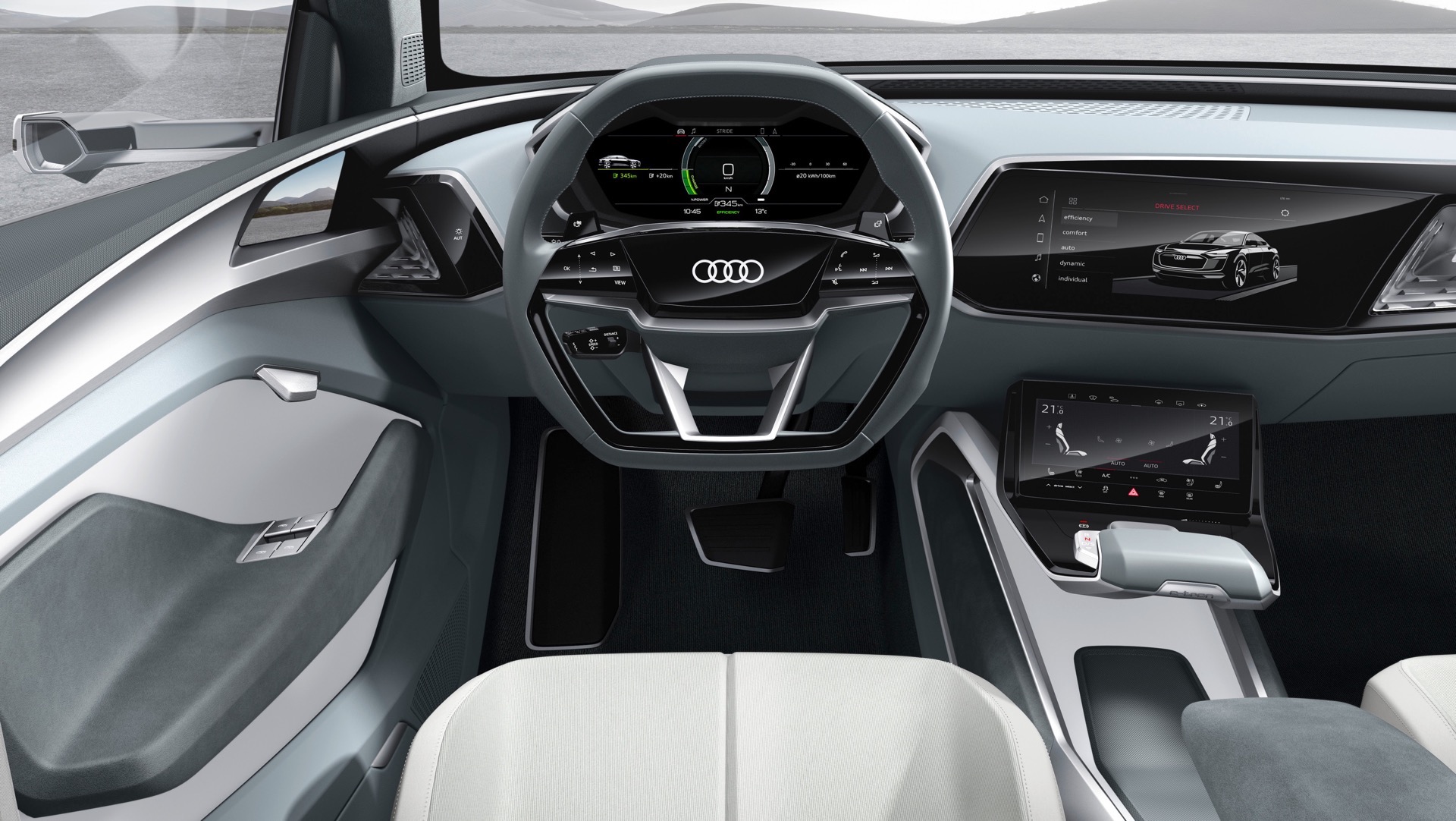