Ever wonder why BMW’s gauge cluster lights have always been red?

Home » Interesting » Ever wonder why BMW’s gauge cluster lights have always been red?

Since the 1970’s, the gauge cluster illumination, as well as the rest of the interior instruments, has been a reddish glow. I have fond memories of my E36 BMW‘s red gauges lit up at night, which always looked great. BMW has used the color red for all of its interior illumination for decades now and there’s a good reason for it, not just for aesthetics.

You see, red light is the easiest color light for the human eye to absorb. With a wavelength of 605 nanometers, red-orange lighting is the easiest for the eye to see without tiring, which is important. There’s an in-depth scientific reason as to why, which involves the cones and rods in the human eye, but it scrambles my brain just thinking about it. Basically, if you eyes car look down from the dark road ahead at night, look down at the brightly lit gauges and back up again without with straining or tiring, it makes night driving safer and easier. 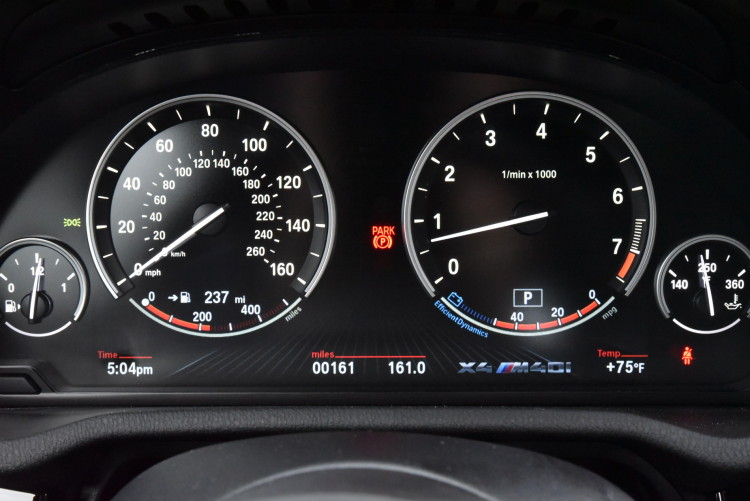 More modern BMWs have tinkered with white lighting, as white is the easiest light to distinguish and clearest to see. BMW uses white lighting in its instruments during the day, as the high contrast of white makes them easier to see in daylight. In many of the brand’s cars, those white gauges switch to red at night because white light provides such a high contrast at night that it can hurt your eyes and make going back and forth from looking at the instrument cluster to the road difficult. So BMW has been working on adjusting the brightness and illumination to make it easier to see at night.

To be honest, I hope BMW sticks with red lighting in its instruments at night, as it’s a very cozy and comforting look that many BMW fans have become accustomed to. It’s also become sort of a brand staple and a design element that fans really like. I thought it was just me that appreciated the warm glow of the red gauges at night but apparently there’s a good reason for why and I’m not alone.