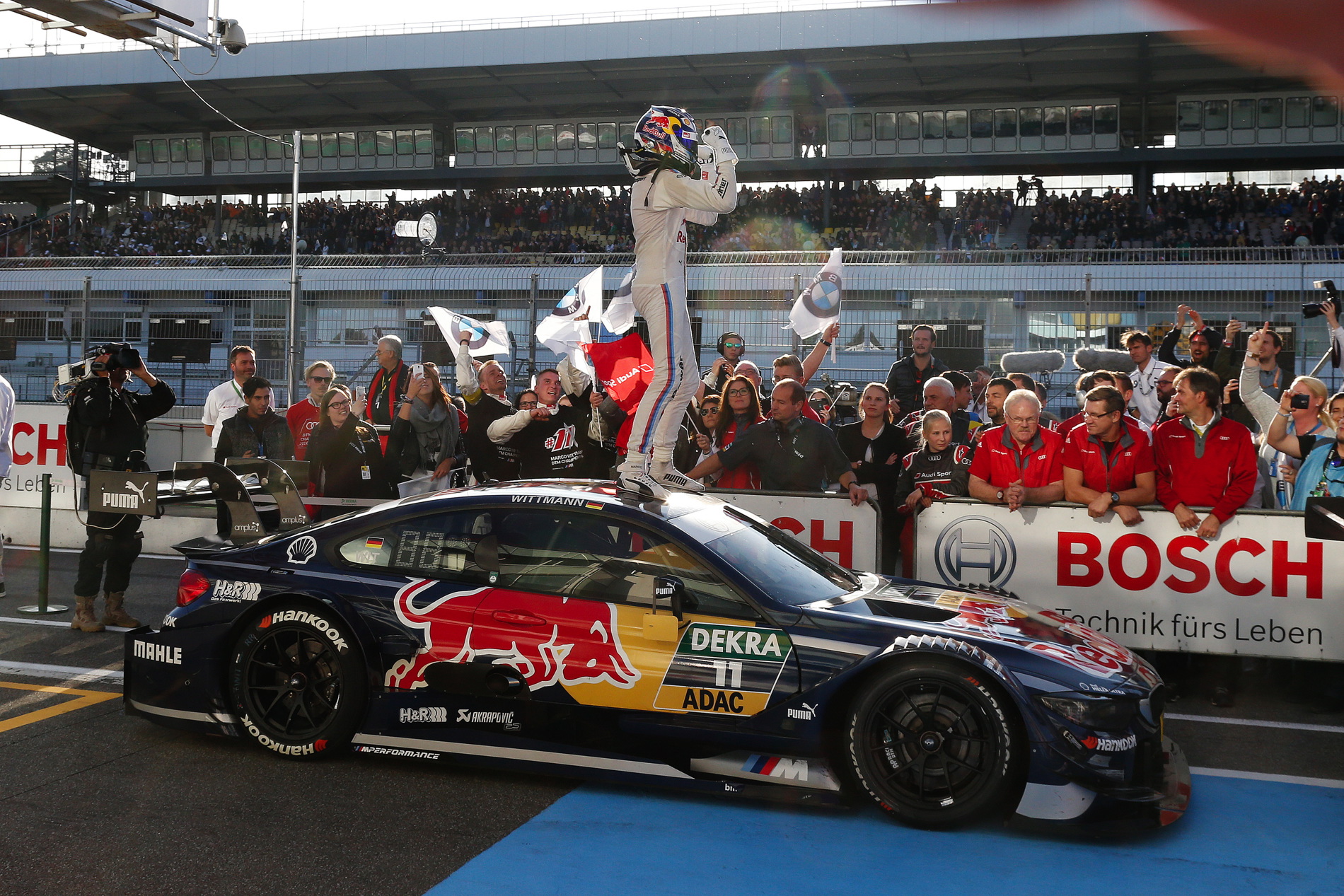 The race for the title in the DTM Drivers’ Championship is over: Marco Wittmann (DE) of BMW Team RMG is the new DTM champion. Fourth place in the final race of the year at the Hockenheimring (DE) was enough for the 26-year-old at the wheel of the Red Bull BMW M4 DTM to win the title.

Wittmann has 206 points to his name and a four-point lead over Edoardo Mortara (IT, Audi), who won the race on Sunday. Starting from fifth on the grid, Wittmann produced another flawless race to wrap up the title. 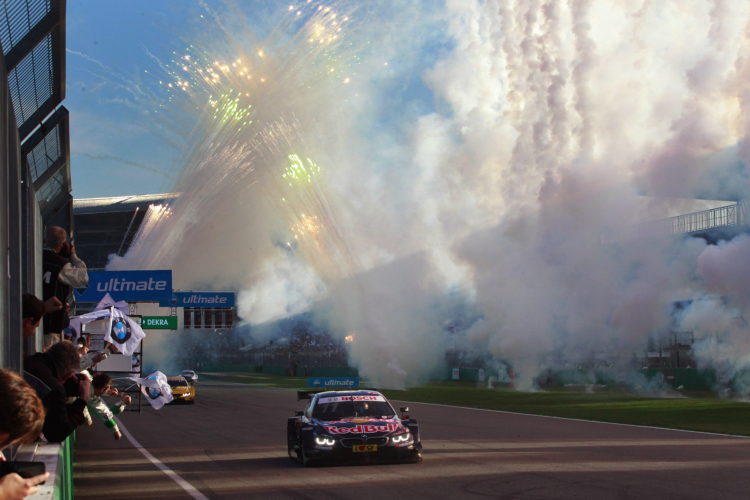 Wittmann is the first BMW driver ever to win the DTM Drivers’ Championship twice, having previously been crowned champion in 2014. Volker Strycek (DE, 1984), Eric van de Poele (BE, 1987), Roberto Ravaglia (IT, 1989) and Bruno Spengler (CA, 2012) had each previously won the DTM title once for BMW. Never before has a driver won the title for the second time in only his fourth year in the DTM. This success sees Wittmann establish himself as one of the most successful DTM drivers ever: only Bernd Schneider (5) and Klaus Ludwig (3) have won more drivers’ titles than him. Wittmann’s latest triumph means that BMW has won at least one DTM title every year since returning to the series in 2012, including three of a possible five Drivers’ Championship titles. 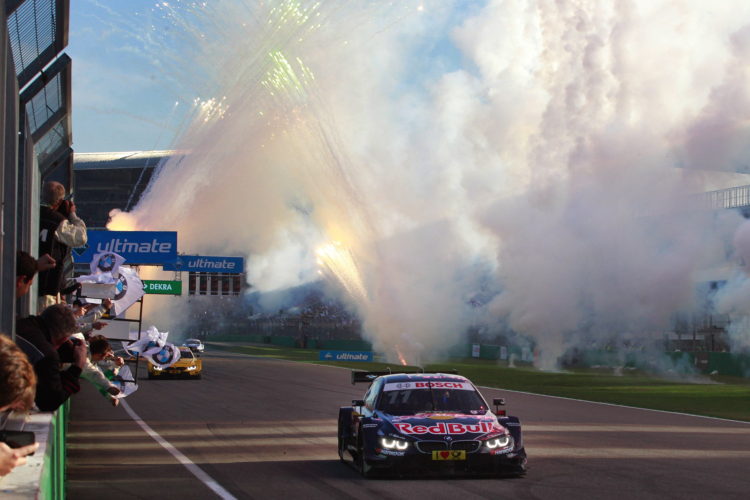 It was at the Hockenheimring that Wittmann lifted the trophy for winning the Drivers’ Championship in 2014. Wittmann picked up three wins, six podium positions and three pole positions this season. At the age of 26 years and 327 days, he is the youngest double DTM champion of all time. In the team standings, BMW Team RMG ended the season in second place with 290 points and a deficit of 29 points. BMW is also in second place in the manufacturers’ standings, with a total of 647 points. 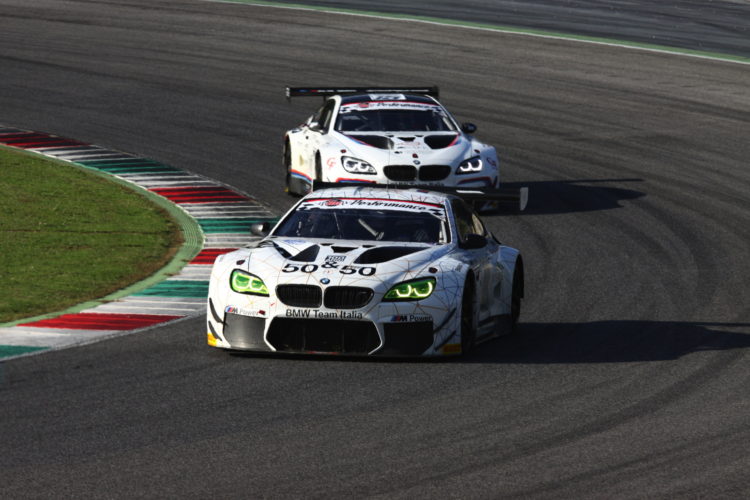 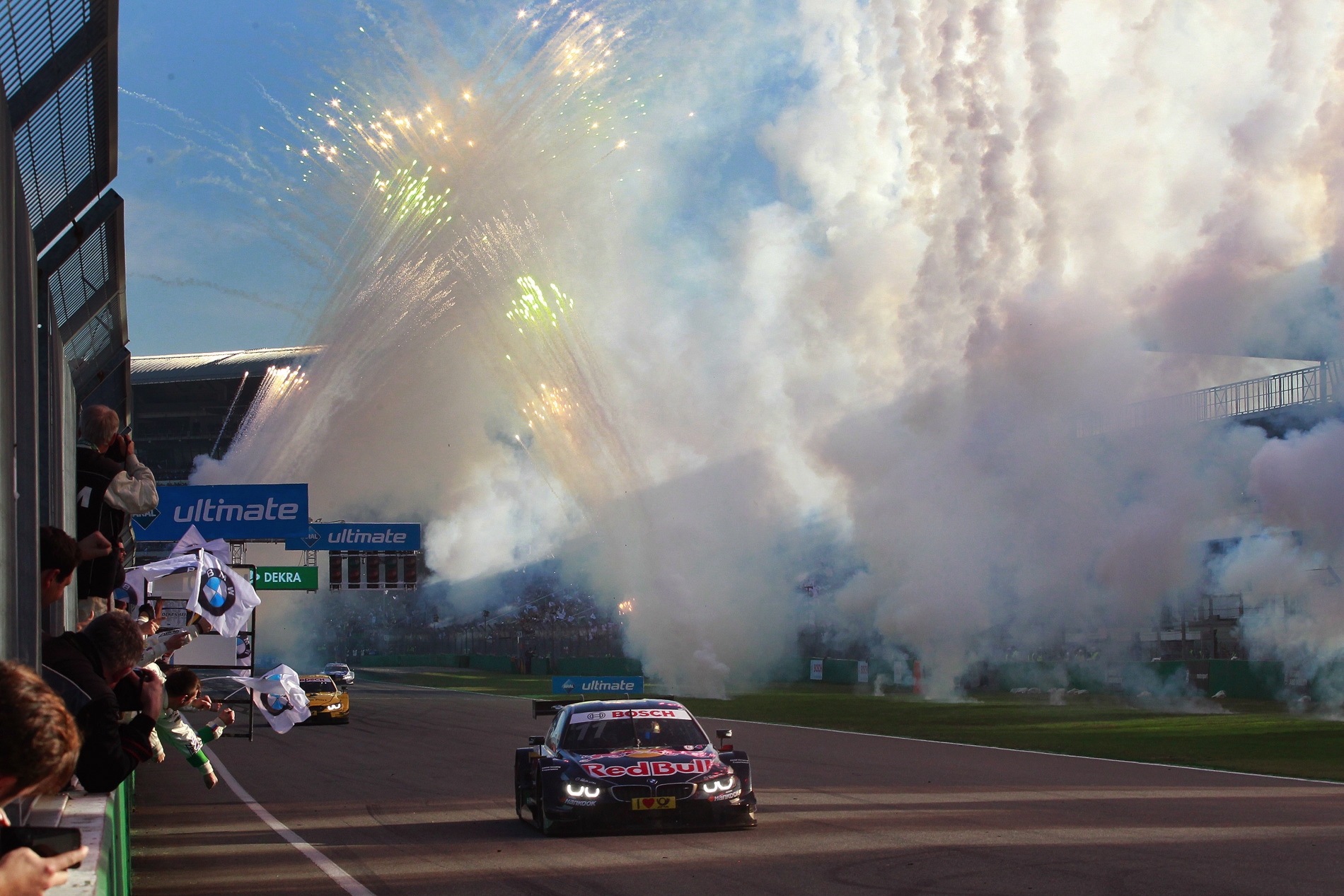 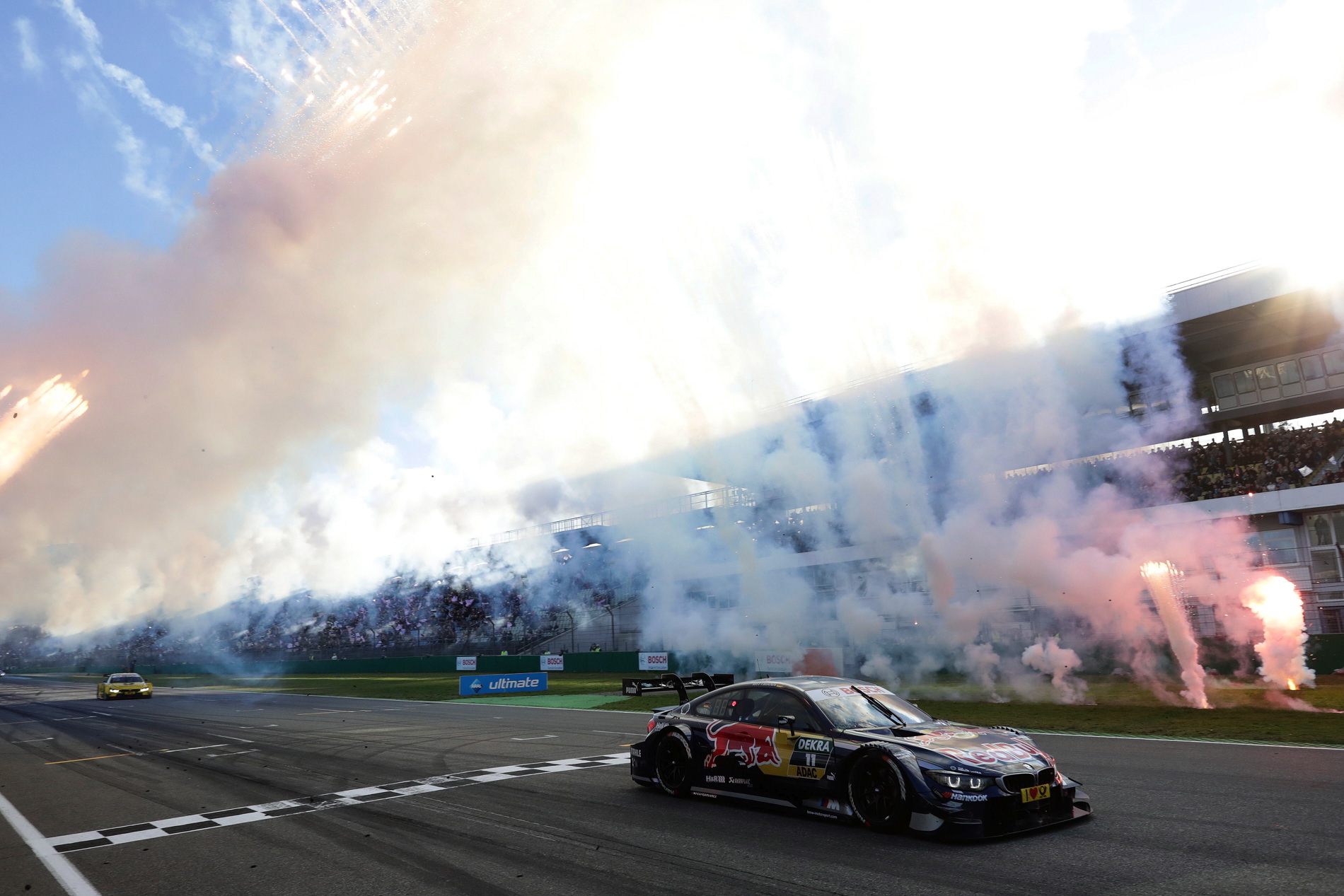 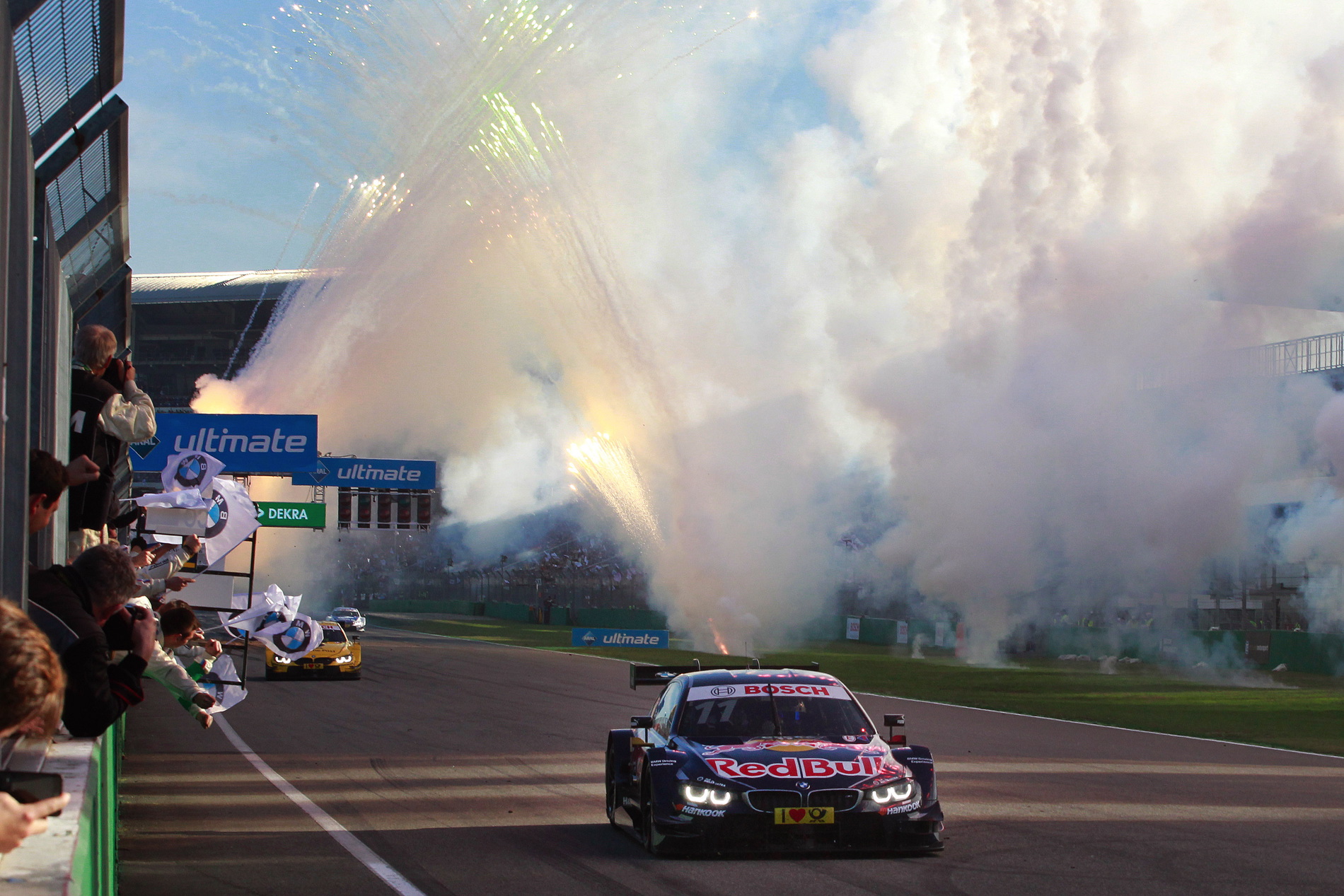 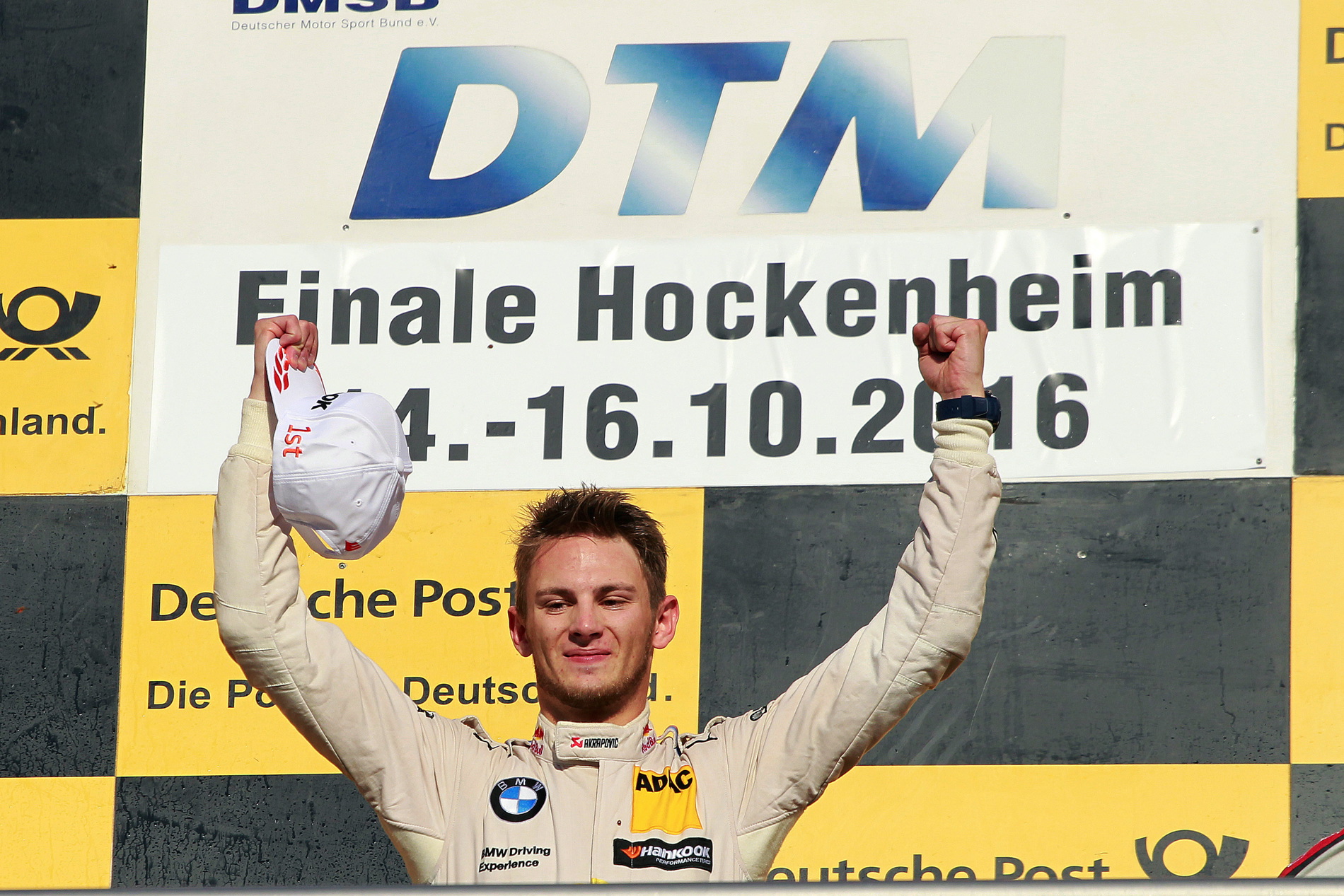 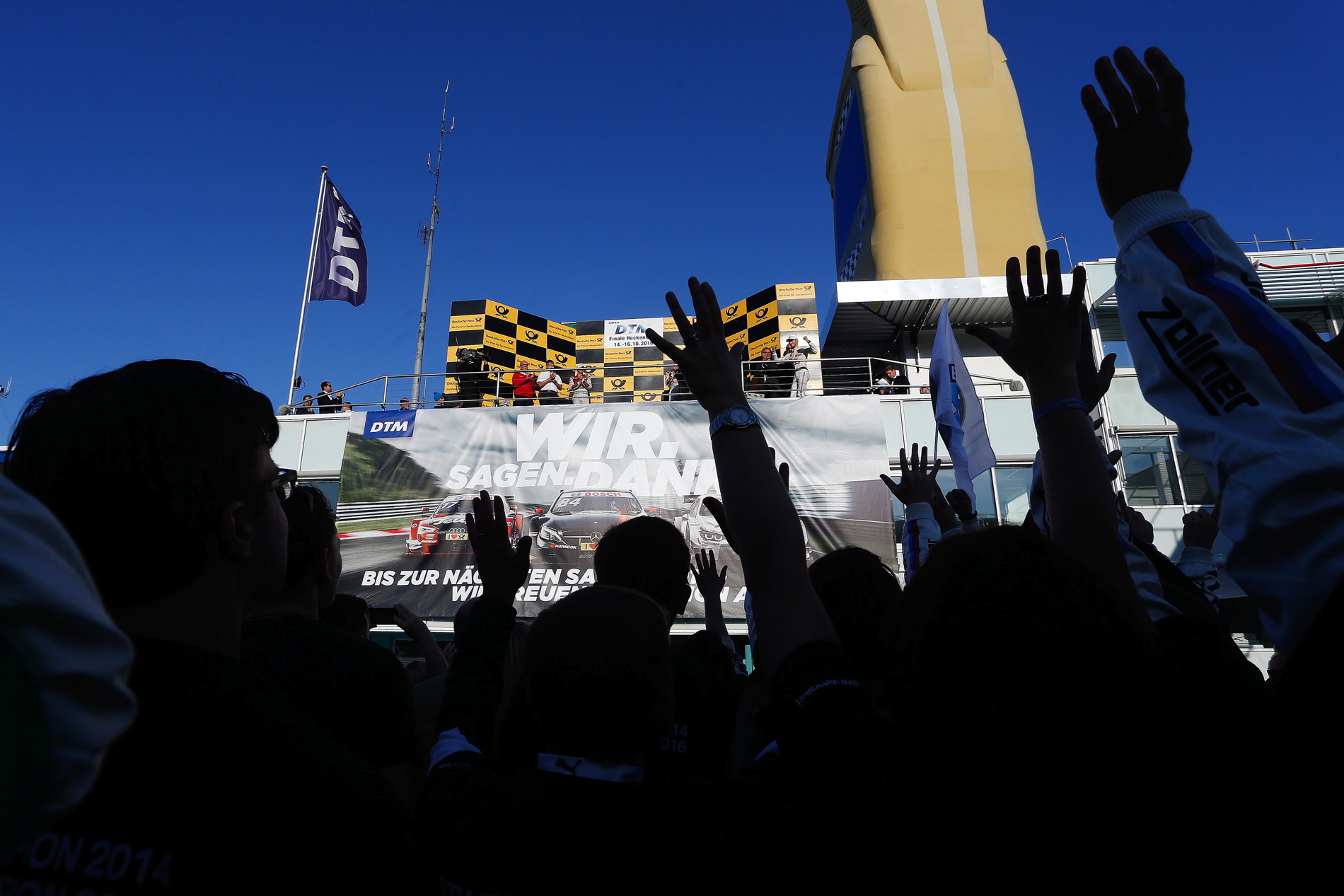 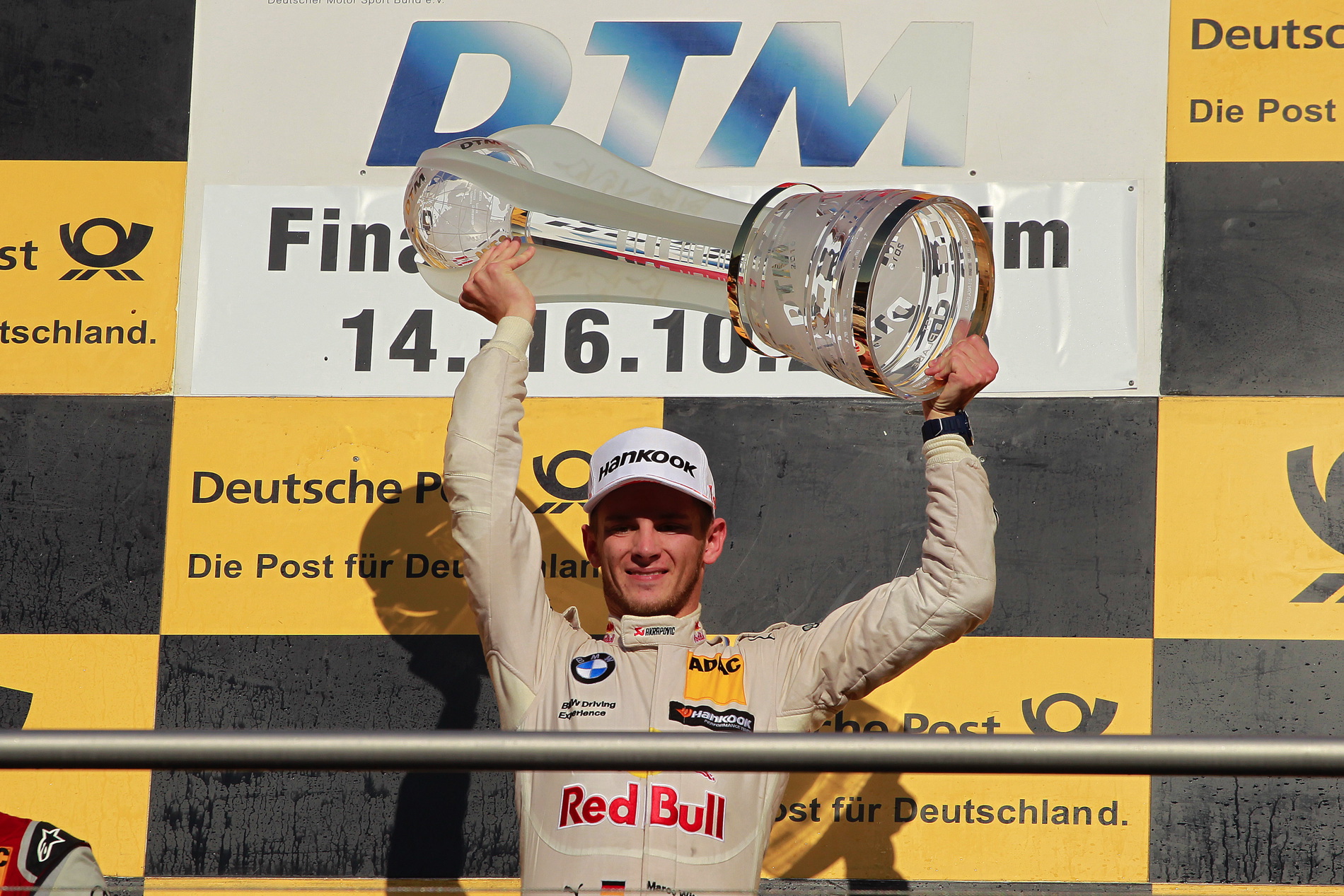 Behind the new champion a further four BMW M4 DTMs finished in the points. Timo Glock (DE) came fifth in the DEUTSCHE POST BMW M4 DTM, Maxime Martin (BE) finished sixth in the SAMSUNG BMW M4 DTM. Tom Blomqvist (GB) finished in seventh place in the Ice-Watch BMW M4 DTM, while Martin Tomczyk (DE) picked up one point for tenth place at the wheel of the BMW M Performance Parts M4 DTM in the final DTM race of his career.

António Félix da Costa (PT, BMW M4 DTM) started from pole position as he did on Saturday, but, after a collision that was no fault of his own while leading the race, was pushed to the back of the field. He was unable to finish his final DTM race. Augusto Farfus (BR, Shell BMW M4 DTM) also retired from the race. Bruno Spengler (CA, BMW Bank M4 DTM) narrowly missed out on the points in 12th place.

Reactions to the 18th DTM race of the 2016 season, and Marco Wittmann’s title win.

“That was absolutely mega, Marco! Today’s race was an excellent reflection of the entire season. Marco was flawless and got the very best out of the Red Bull BMW M4 DTM. With the packages so evenly matched this DTM season, it was Marco that made the crucial difference. His top speed, nerves of steel and consistency are what have made Marco a worthy champion in 2016. In the current DTM, he is the benchmark for all the other drivers in the field. He can be very proud of his performance. We certainly are. Marco is the first BMW driver in the history of the DTM to win the Drivers’ Championship twice – and in only his fourth year in this high-class series. No other DTM driver has ever won two titles in such a short time. With this success, Marco is already assured of a place in the history books of the DTM and BMW Motorsport. He is an extraordinary racing driver and we are delighted that he is part of the BMW family. Congratulations also to the other BMW drivers who finished in the points. This applies to Martin Tomczyk in particular, who finished in the points one last time in his final DTM race. It’s unfortunate that an unnecessary collision denied António Félix da Costa the chance of an outstanding result at his DTM farewell race after his fantastic performance. His two pole positions at the season finale were impressive. We can now proudly say that we have won at least one title every year since returning to the DTM in 2012. What a fantastic record! There is certainly some celebrating to be done tonight. Everyone in the team has deserved that after this season. Everyone made a contribution to this success. I would like to thank everyone involved for their efforts.”

“What a feeling! Being crowned DTM Champion for the second time in four years is incredible. It was a difficult season, but now the emotions are indescribable. We fought right down to the wire and had no idea that we would finish at the top before the season started. We’ve done it now. Crazy. Massive thanks go to my team, BMW Motorsport and everyone involved. And I have huge respect for Edoardo Mortara. He had a great season. In the end we did enough. Now it’s time to celebrate.”

“I’m speechless. Huge thanks go to everyone who contributed to this success. Marco is a mega champion – and my team is simply sensational. And, of course, thanks to BMW Motorsport for the fantastic support. The season was extremely demanding, but everyone here really did their bit. It was another real masterpiece after 2014.”

Hockenheimring, 4.574 kilometres, 60 minutes plus one lap