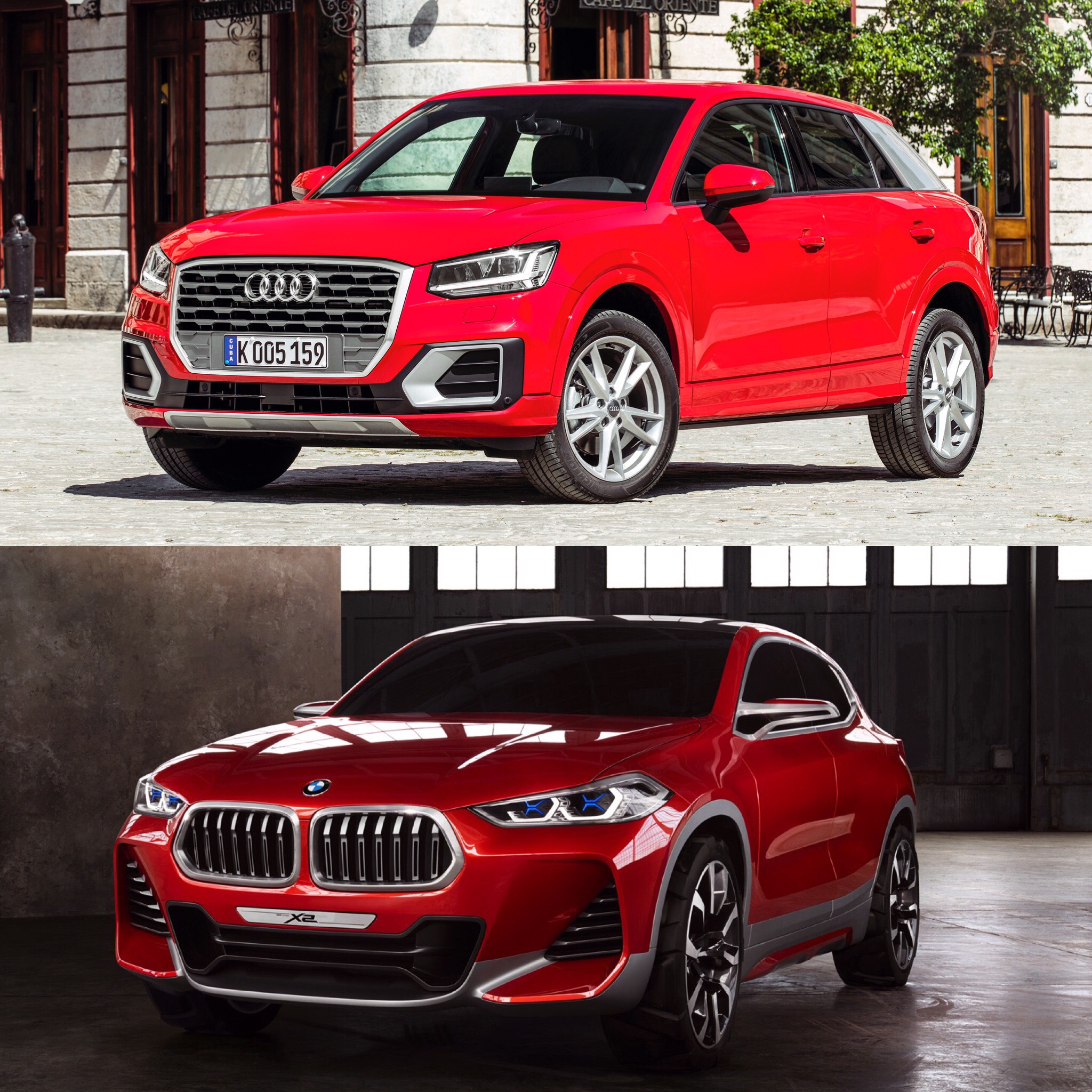 Zee Germans are obsessed with coupe-SUVs as of late. BMW started the trend with the original X6 almost a decade ago, now. Now, seemingly every German brand has their own version, from BMW, to Mercedes and even Audi. The latter recently released its Audi Q2 and, to compete, BMW has just debuted the BMW X2 Concept. So we thought it a good idea to compare the two.

Both cars, the BMW X2 and Audi Q2, will compete against each other in the small, couple-like crossover segment. So it makes sense that they’re about the same size and both have similar dimensions. What’s also interesting is how both cars are pretty big departures from their respective brands’ design languages. The Audi Q2 looks nothing like any other Audi and the new BMW X2 looks like no other BMW, really. The X2 is sort of similar to the X1, but the concept has drastically different design cues. 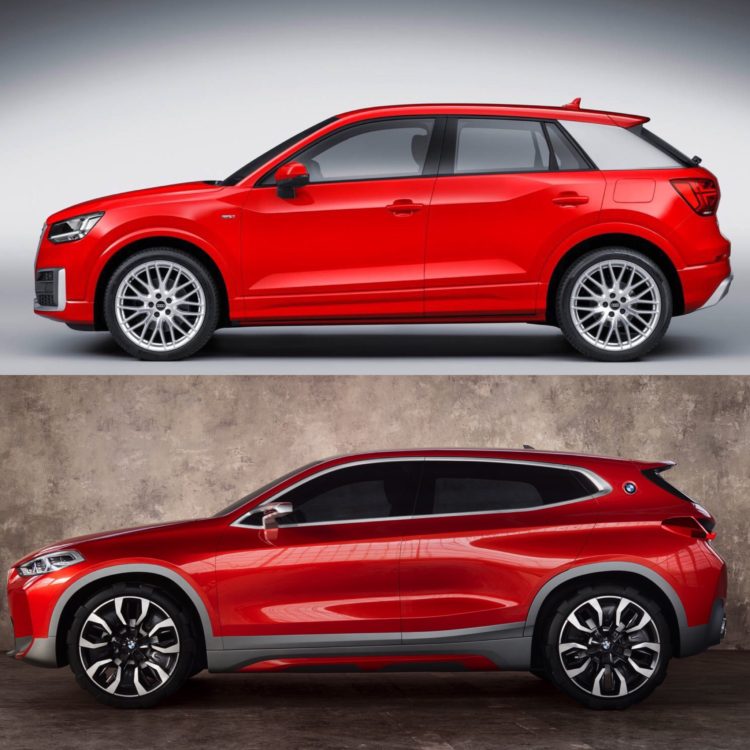 Both cars are actually quite good looking. The Audi Q2 is sharper, with crisper lines and harder edges. The BMW X2 is more fluid, smoother. Which is better looking is obviously subjective and a matter of taste. However, if you were to ask us, there are redeeming qualities of both, but the X2 is the better looking of the two.

Personally, I actually like the Audi Q2 a lot. Its squared, bulldog like stance and sharp edges are quite good looking to these eyes. However, after looking at the BMW X2, the Q2 looks dated already. The X2 is just smoother and more graceful.

In the front end, it’s a bit of a wash. Both are really good looking, with aggressive headlights and big, upright grilles. I personally like the lower sloping nose of the X2 a bit more, but the brutish upright grille of the Q2 is handsome in its own right.

In profile, the X2 takes it. It’s just really sexy looking and looks far sportier than the Q2’s, which is a bit blocky. The way the roofline on the X2 sweeps back, into the rear wing, is really quite pretty. 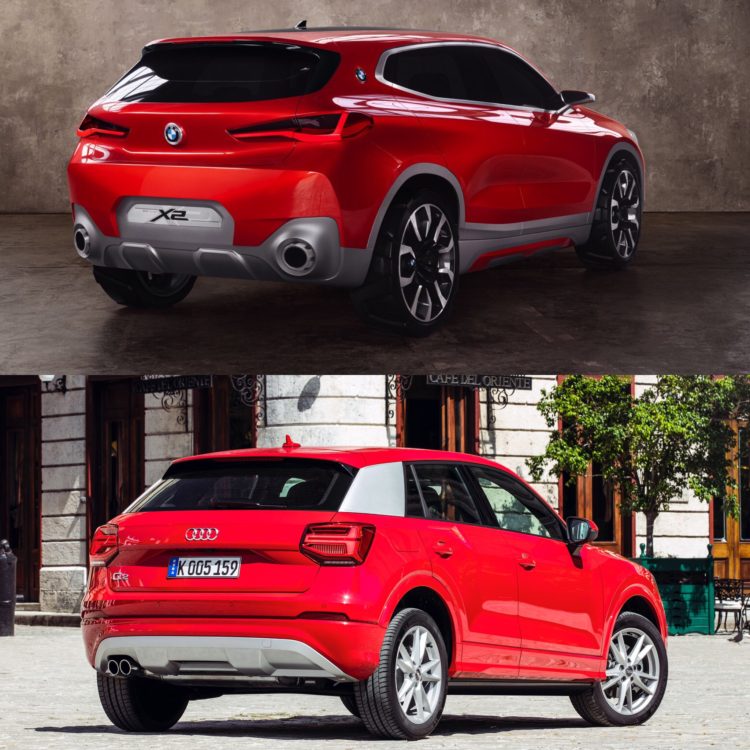 Out back, though, neither car is really that great looking. Both are too simple, as if the designers couldn’t figure out what to do with them. The X2’s taillights are too squinty and the Q2’s are just two little squares. Both are a bit too bland, but the Q2 is a bit more so.

Obviously, the BMW X2 is just a concept and not the final design. So nothing is set in stone about how it looks and it could be less attractive when it finally makes production, losing some of its cool concept styling. However, all we have to go by is the concept and, from it, the BMW X2 seems to look better than the Audi Q2. 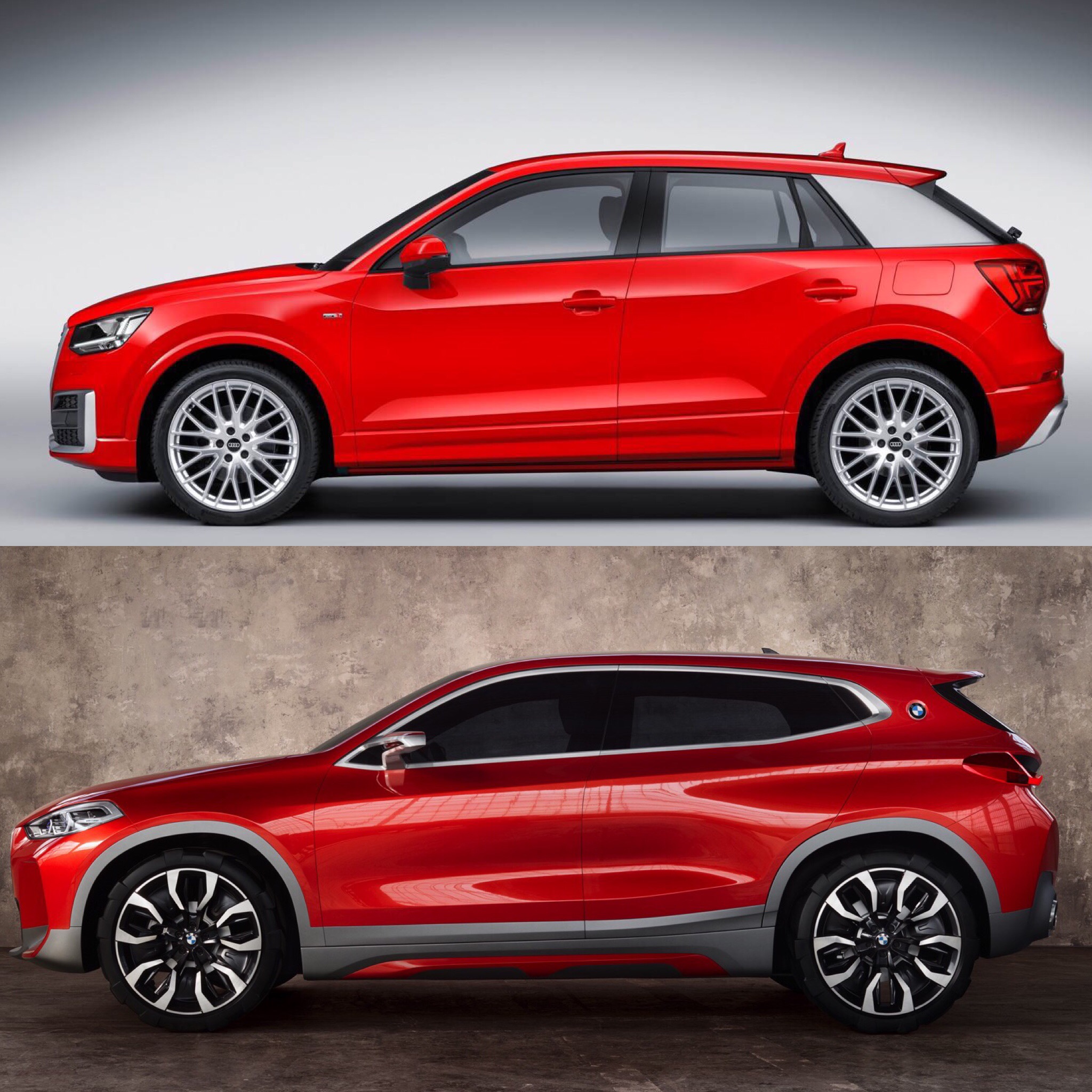 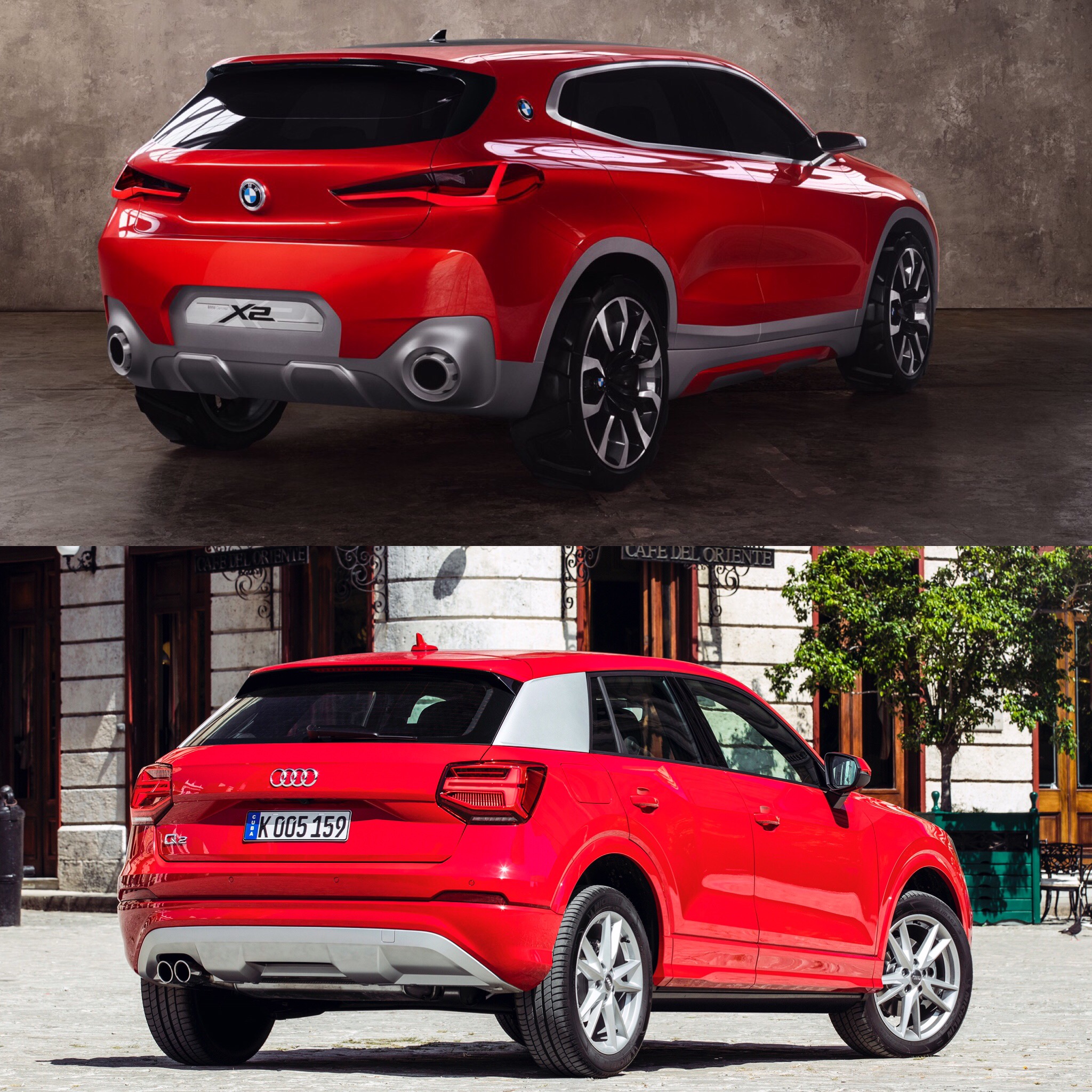