We’re all very excited to see what the next BMW Z4 brings, as it’s going to be the first time BMW has collaborated with Toyota to develop a car. The Z4 will be built alongside the upcoming Toyota Supra, although both cars will use vastly different powertrains and have different body styles. So it will be very interesting to see what comes from this joint venture. Fortunately, there’s been no shortage of spy photos and video to help quench our thirst.

The upcoming BMW Z4 was recently caught testing at the world-famous Nurburgring recently. We don’t own the video, but the folks at Autoblog have it. We see it driving pretty calmly for the most part and because of the narration, we can’t hear the exhaust. However, we do see it kick the tail out a little bit on corner exit, indicating that this tester could be the Z4 M40i we’ve heard about. 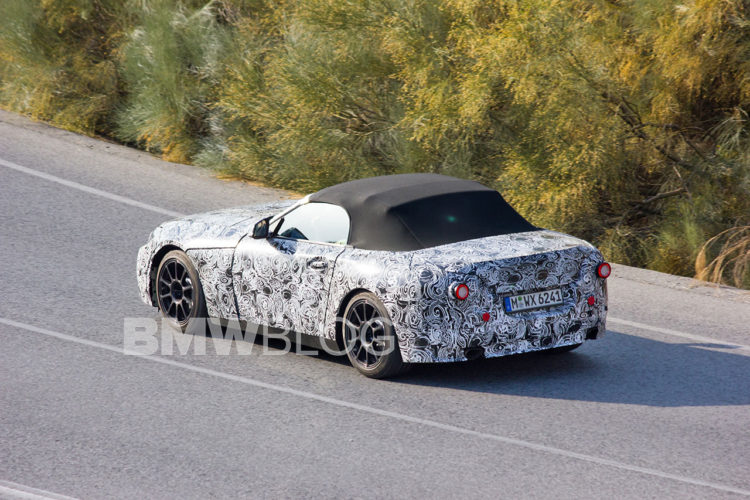 It also has dual tail pipes, one on each side of the rear bumper, so that would also indicate the bigger I6 engine. BMW usually has two tail pipes side-by-side on the left side of the bumper in four-cylinder cars and one at either side in six-cyldiner cars. So that’s another indication of this being the Z4 M40i.

If so, that means it’s packing the new B58 turbocharged I6 engine, as well as sportier suspension bits, better brakes and some cool body work. We’re very excited to see what the Z4 M40i brings, as the Z4 M is one of the cars we miss most from BMW’s recent history.