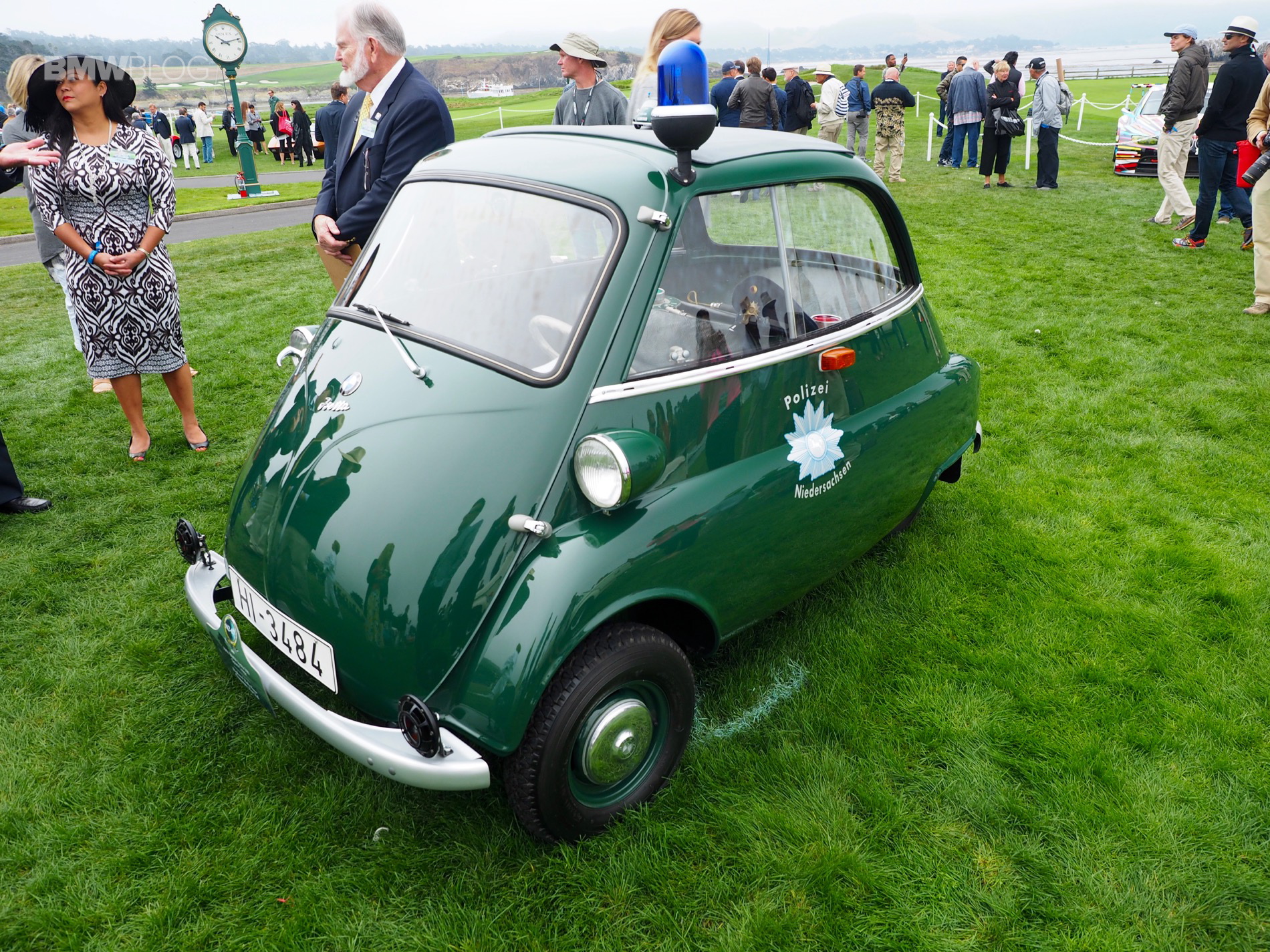 A cute, little BMW Isetta Police Car was the darling this year at the 2016 Pebble Beach Concours d’Elegance. A crowd favorite, the green-painted Isetta Police Car came with its own police officer, dressed up in the Lower Saxony old school police uniform. The car was equipped with the typical police lights system on top of the roof and was in absolute mint condition. 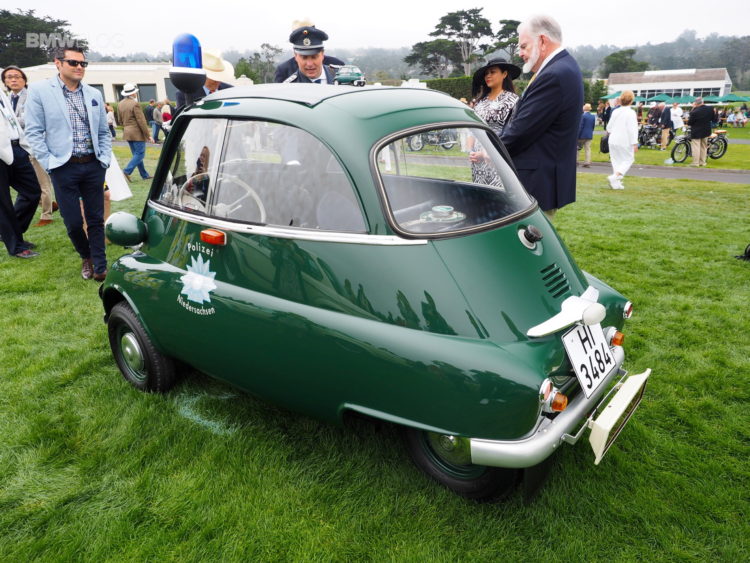 The BMW Isetta 250 started to become even more popular and the car was also redesigned to take a modified version of the 250 cc 4-stroke engine from the BMW R25/3 motorcycle and the front suspension was changed. The single-cylinder generated 12 hp (9 kW) at 5800 rpm. 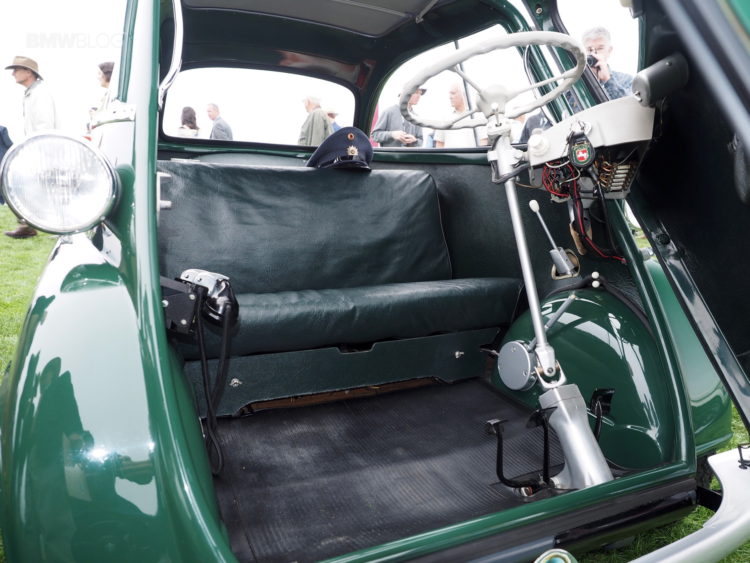 Isetta 300 has seen some improvements from the previous version. The bubble windows were replaced by longer, sliding side windows and BMW had enlarged the single cylinder to a 72 mm bore and 73 mm stroke, which gave a displacement of exactly 298 cc, and at the same time they raised the compression ratio from 6.8 to 7.0:1. In this way the engine now generated 13 hp (10 kW) at 5200 rpm, and the torque rose to 18.4 Nm at 4600 rpm. The maximum speed remained at 85 km/h (53 mph). 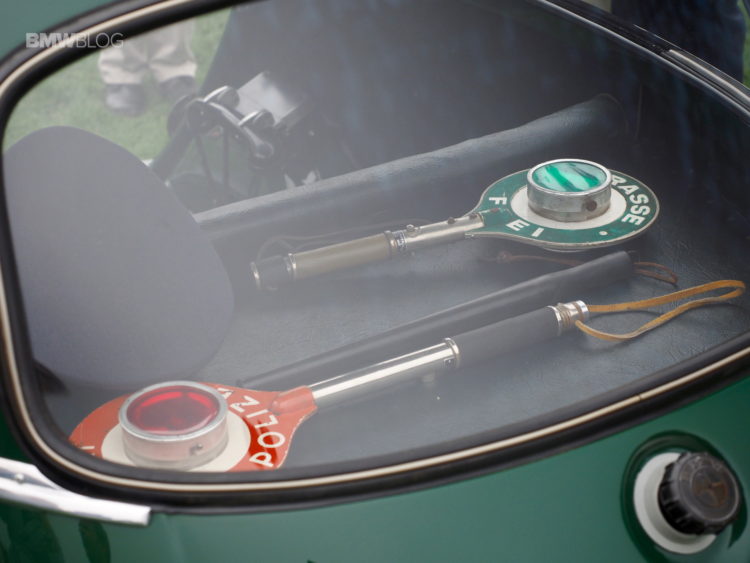 Here is a photo gallery of the beautiful Isetta displayed in Pebble. 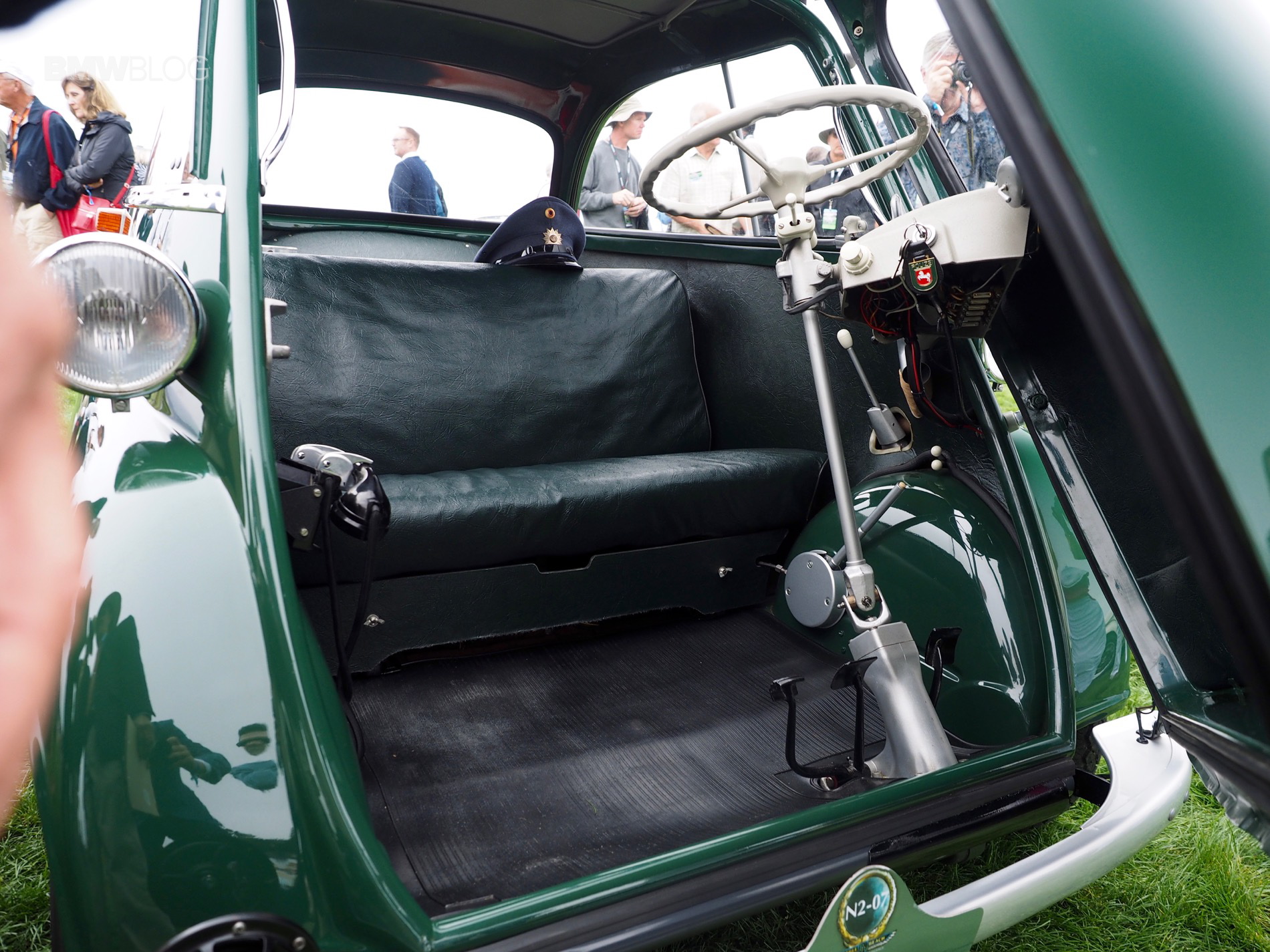 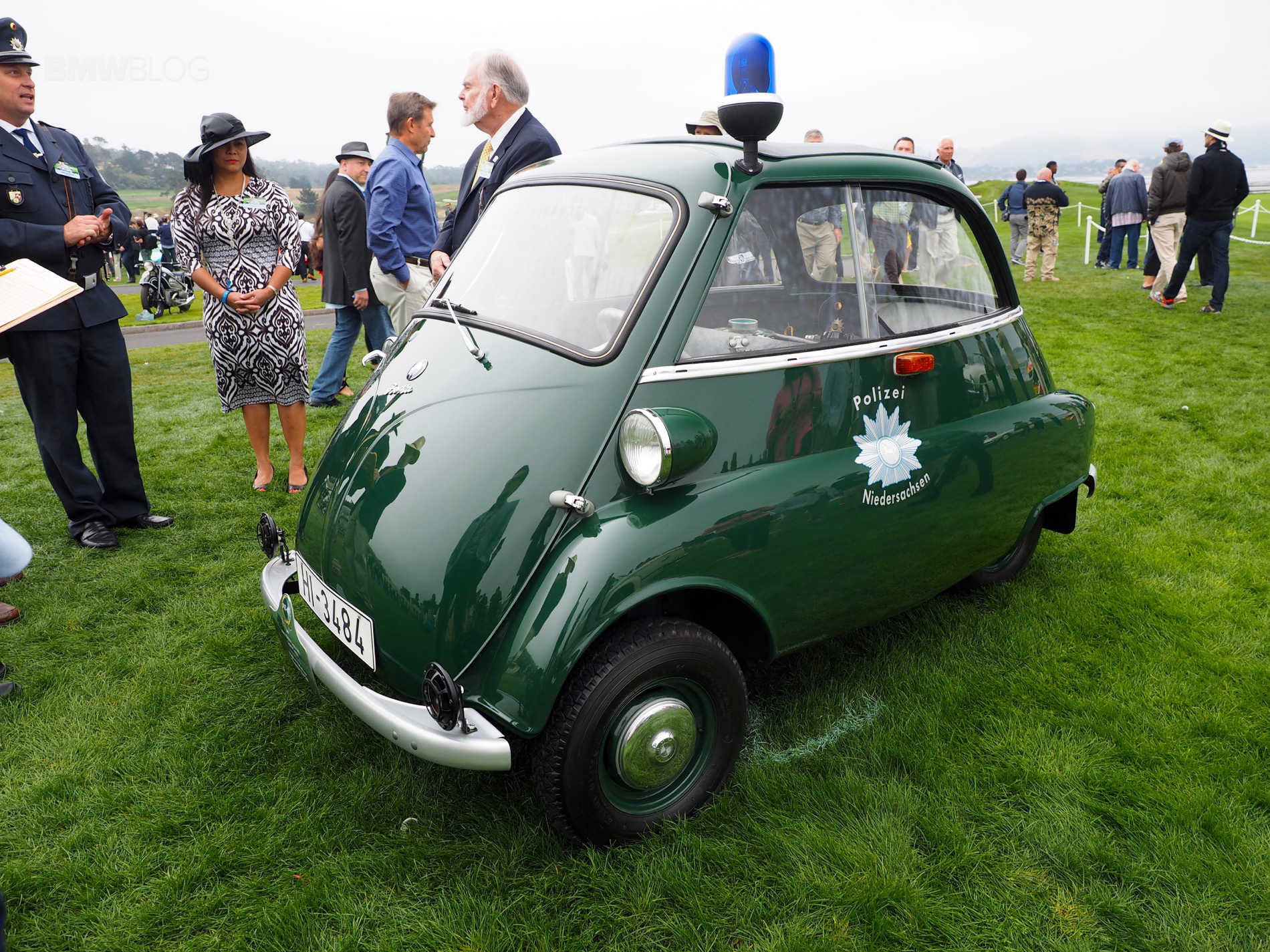 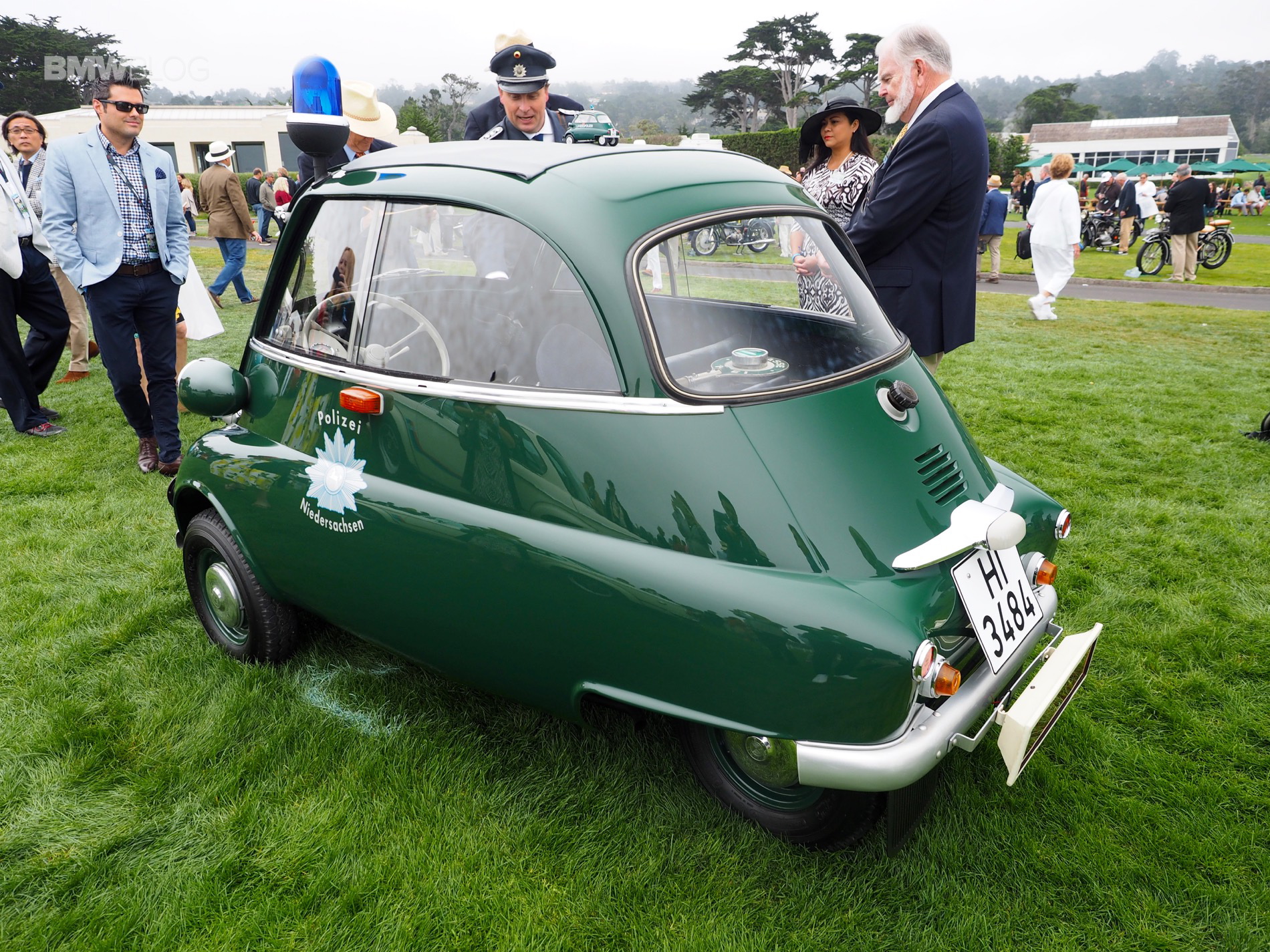 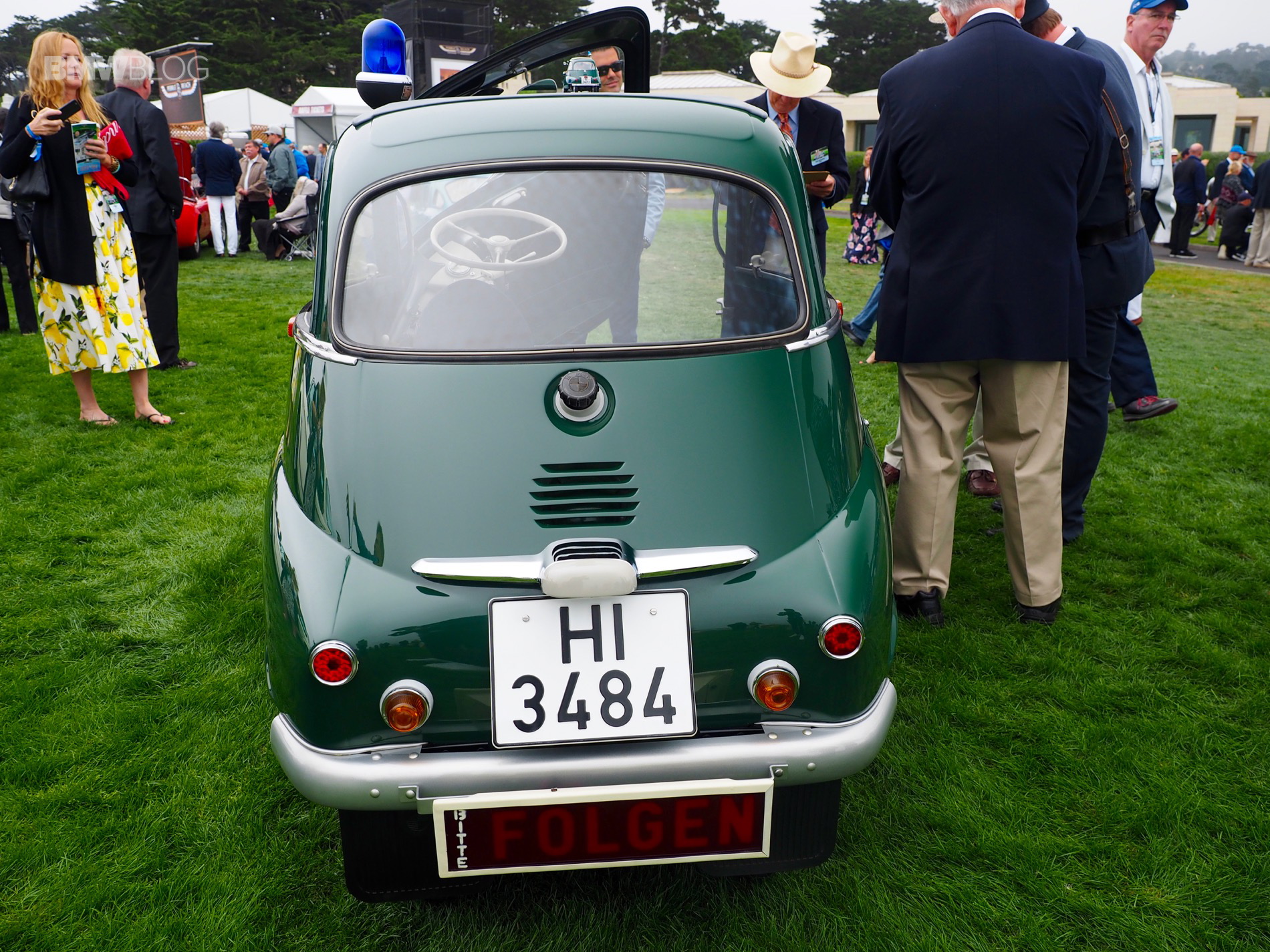 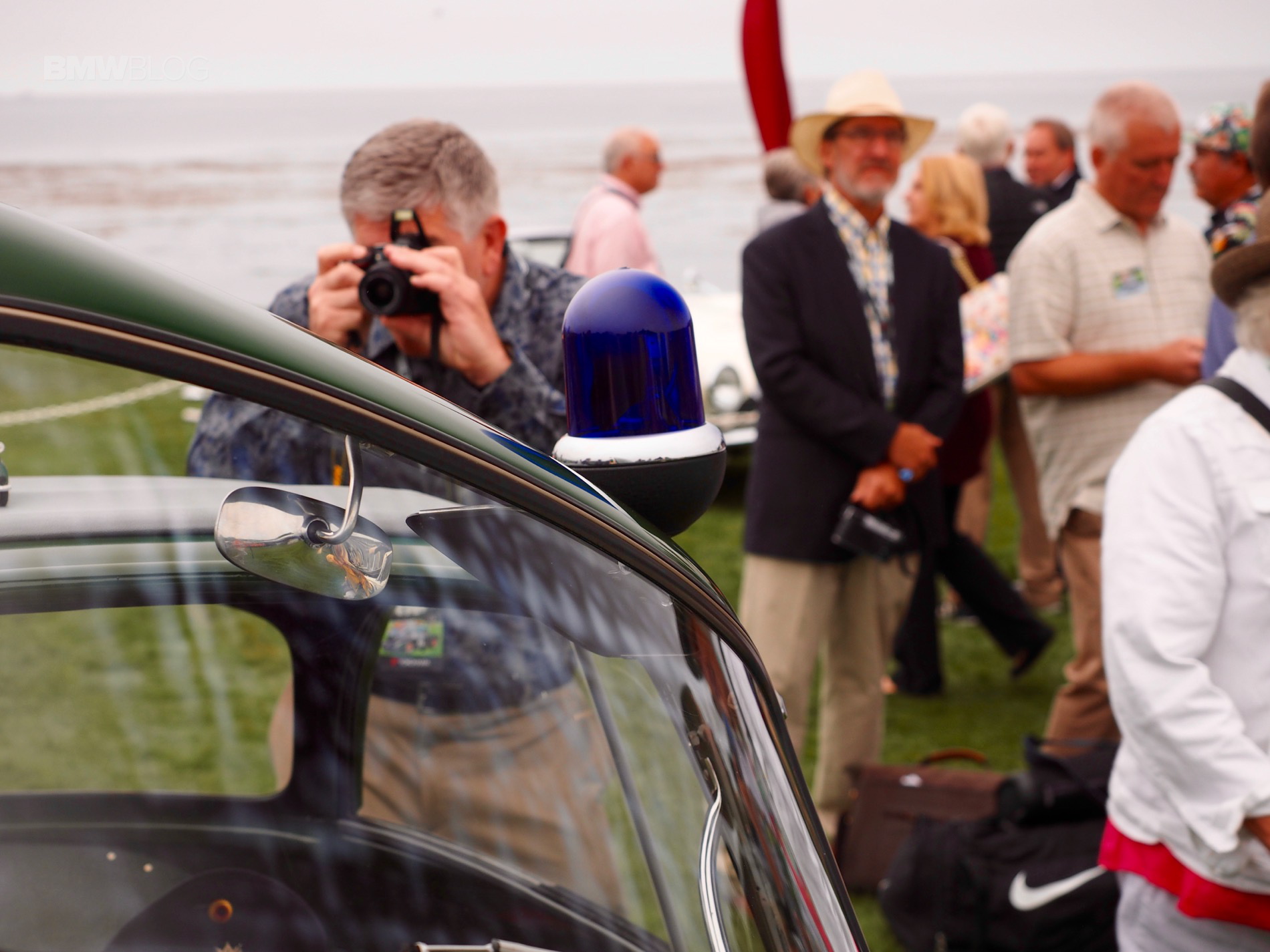 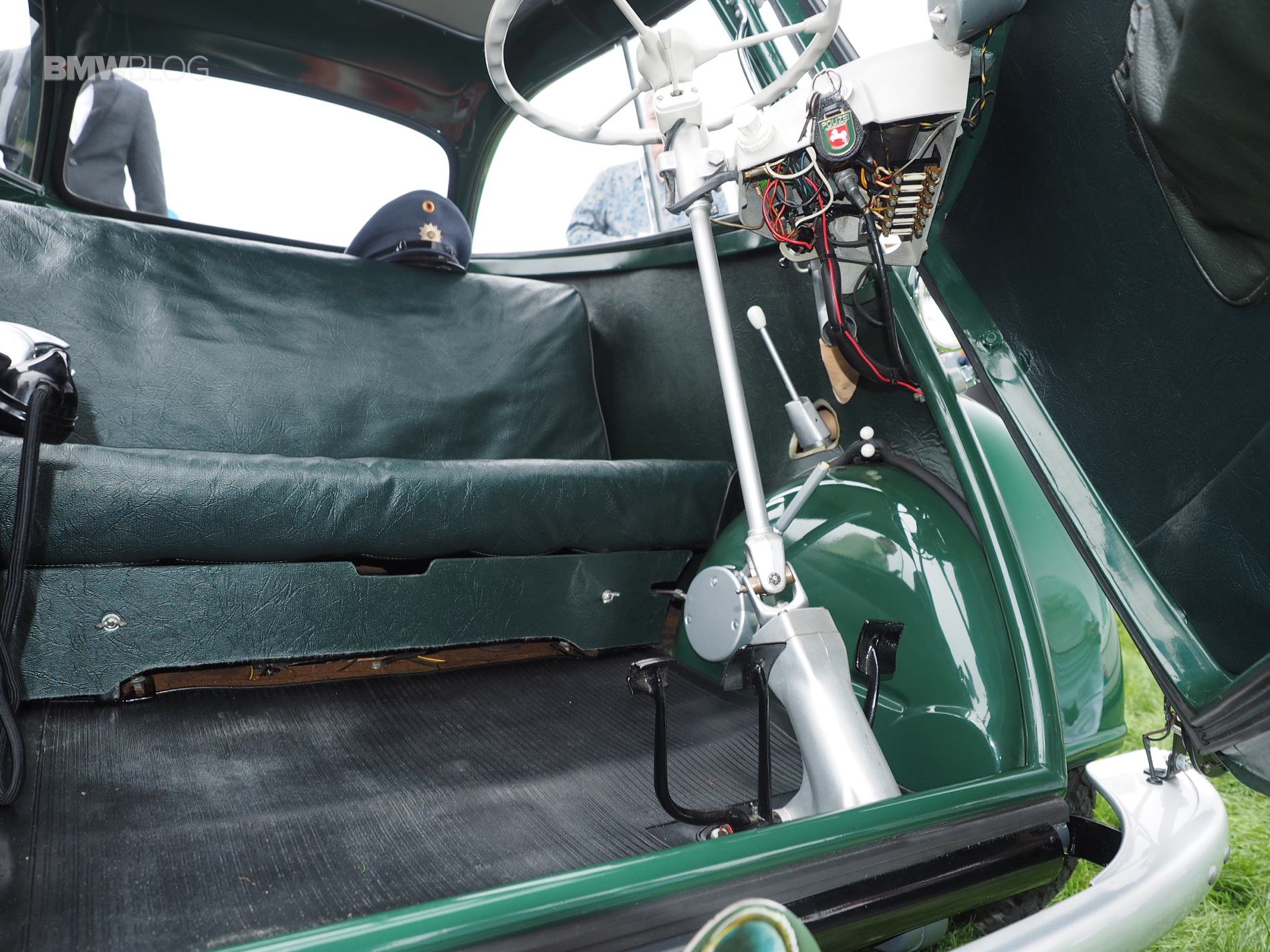 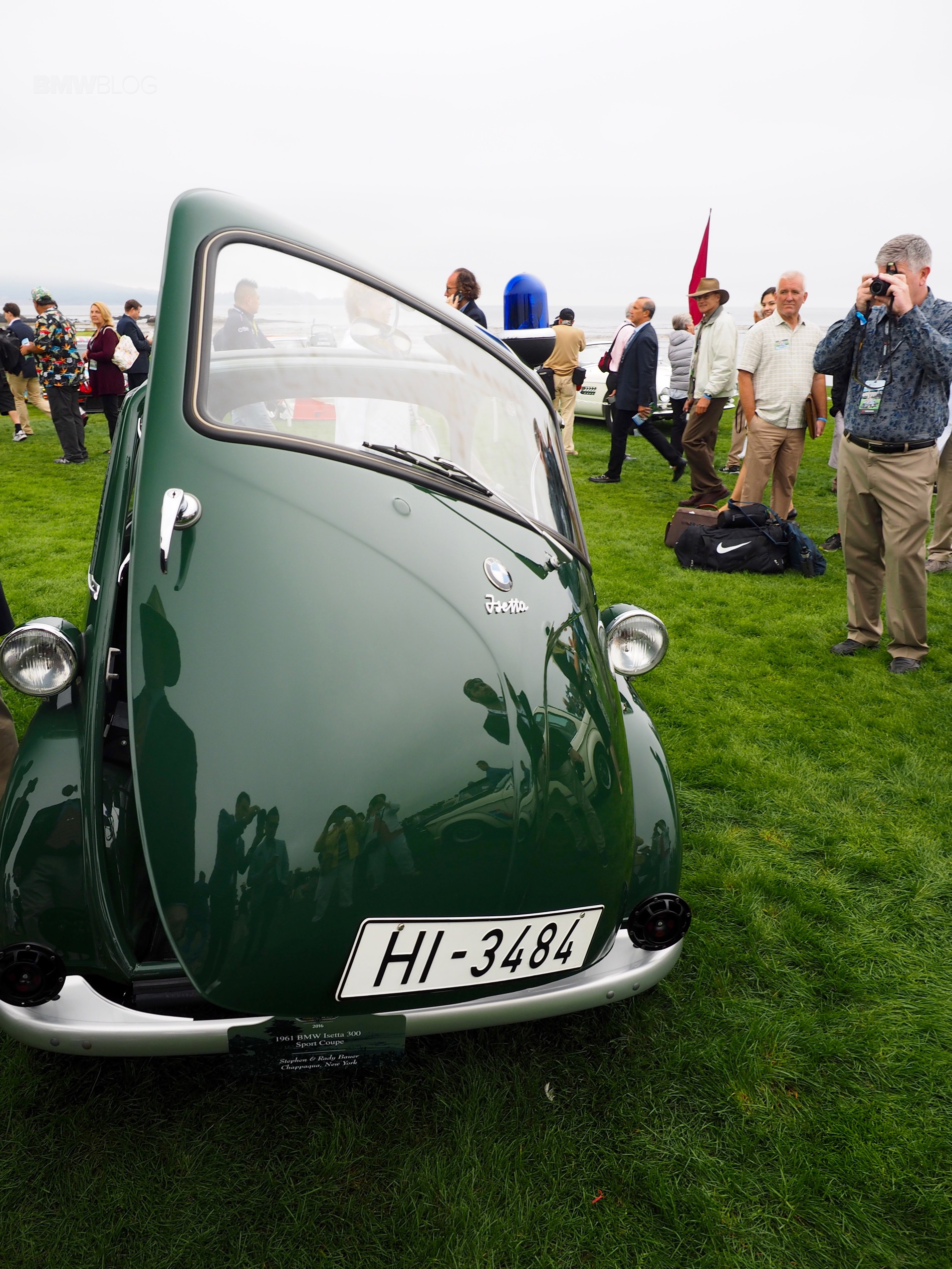