The official EPA ratings for the revised 2017 BMW i3 are finally in. According to the EPA, the higher capacity BMW i3 (94 Ah/33 kWh battery) returns 123.8 miles in electric city driving and 101.9 on the highway. The combined electric-only range is listed at 114 miles. All three figures are a significant improvement over the 60 Ah version (22 kWh battery) of the i3, which is listed with a city range of 89 miles, a highway range of 71.6 miles and a combined range of only 81 miles.

The EPA ratings for the 94 Ah version of the BMW i3 REx have yet to be released.

As previously reported, the BMW i3 received a serious update this summer. The most important change will be the introduction of a denser battery pack that is now rated at 94Ah instead of the i3’s previous 60Ah. That will offer customers a longer range and will free some of them from the well-known phenomenon called ‘range anxiety’. Of course, all of it will come at a price, the new model starting at $44,595 which is $1,200 more than the old version. 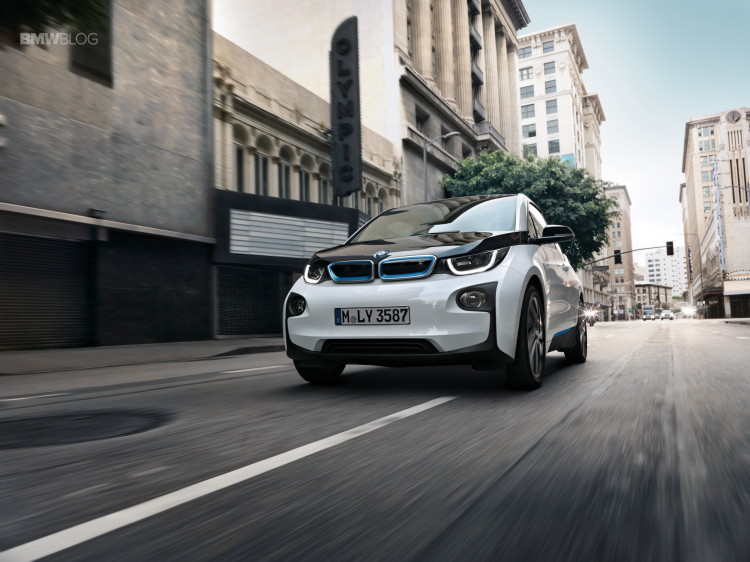 As for the performance, excluding the extended range, the i3’s numbers remain the same. In its pure EV guise, the car accelerates to 62 mph from standstill in 7.2 seconds thanks to its 170 HP and 184 lb-ft (250 Nm) of torque. The Range Extender version does the same in 7.9 seconds but will make sure the phrase ‘range anxiety’ disappears from your vocabulary forever. For this to happen though, you’ll have to pay $3,850 extra, getting the starting price of the i3 up to $48,445, before any tax incentives.