Video: BMW M2 Does BTG in 7 Minutes and 22 Seconds

Just last week we were showing you how a race car driver handles a BMW M2 on the Nurburgring’s famous Bridge to Gantry section. Jamie Vandelbalck, the man behind the wheel in the previous video said that he really wasn’t pushing the car to the limit so the lap time shouldn’t be too surprising. But what would happen if the BMW M2 was pushed as hard as possible?

Lucian Gavris from Luke Customs wanted to find out. Therefore, he jumped aboard a manual BMW M2 and set off on a conquest to see just how fast the new baby M car could travel around the BTG section of the Nurburgring when taken to the limit. If you’re familiar with his work then you’ll know that the man basically lives on the Ring and he knows it like the back of his hand. 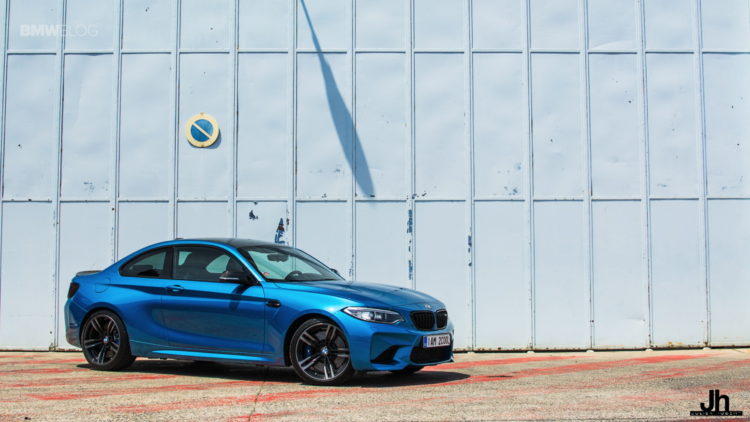 That knowledge will also come in handy when trying to beat some lap times. Since the Nurburgring is one of the longest (if not the longest) circuits in the world, with 33 left-hand bends and 40 to the right. Furthermore, you need to know the elevation changes that are coming up as the Green Hell is quite surprising in this regard as well, nearly 1000 feet separating the highest and lowest points on the course.

With the BMW M2 having 370 HP and up to 369 lb-ft (500 Nm) of torque thanks to overboost, it was up to the car’s balance to help out in setting a good lap time. And that’s exactly what happened, with Lucian managing to post a 7:22.6 lap time, 22 seconds faster than Jamie Vandelbalck. That’s not all though. This time is also almost 4 seconds faster than a 997 Porsche 911 GT3 driven around the same course. Considering the Stuttgart monster is regarded as a reference point in the auto world, that’s the more impressive feat we’re watching here.