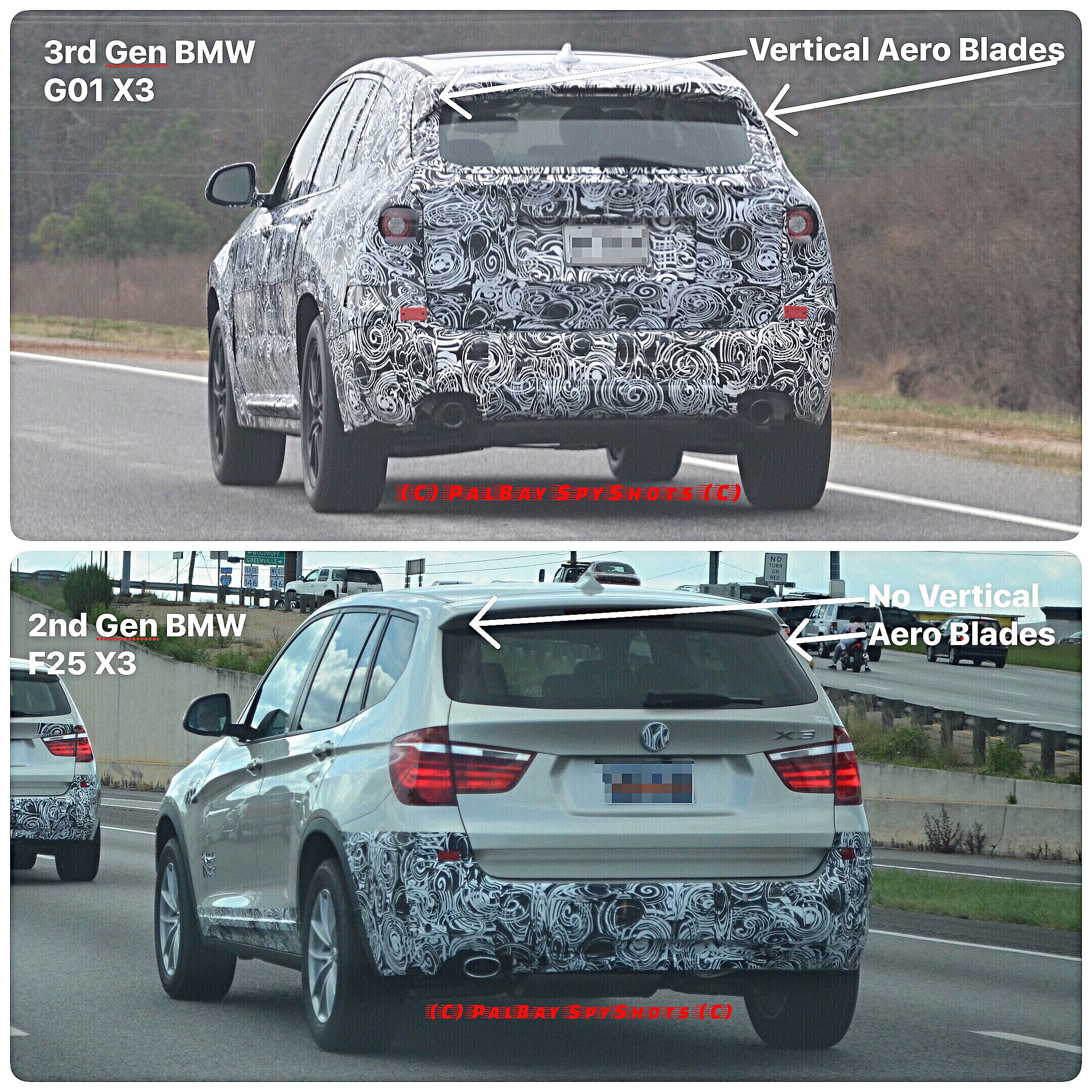 The upcoming G01-generation BMW X3 is on its way to replace the current and aging F25 generation X3. It will likely incorporate a significant amount of styling cues from BMW’s latest generation of cars, stemming from the brand-new G11 BMW 7 Series. Things like headlights, grilles, taillights and interior bits will likely all be inspired by BMW’s newest flagship. However, the new X3 looks to have a significant detail from the current-generation BMW X5.

At the back of the car, behind the C-pillar of the BMW X5, there are two vertical “Aero Blades” that make their way up to the top of the rear glass and create a sort of rear wing. This increases aerodynamics, which improves both efficiency and interior wind noise. These spy shots seem to prove that the next-gen BMW X3 will also have such vertical Aero Blades. 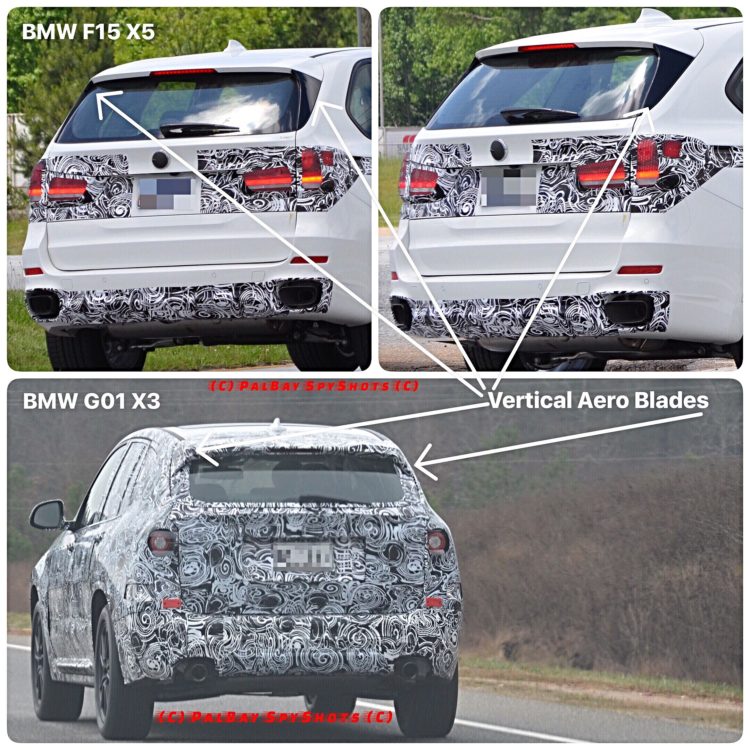 In these pictures, you can clearly see that the current-generation X3 lacks those vertical blades and the upcoming model has them, even if they are a bit smaller than the X5’s. While they are subtle, and a design cue that most likely won’t recognize, they do make a big difference in aerodynamics. Now the air will flow down the side of the car more smoothly, resulting in slightly better efficiency and less noise for rear passengers. It also looks better with them, as the rear wing looks more streamlined into the design as opposed to looking like it was just tacked onto the back of the car, like the current-gen’s does.

While this may seem like an insignificant detail, it does point to the BMW X3 becoming a bit more grown up and borrowing some designs from its bigger brother, the X5. This likely means that the side-mounted air-breathers on the X5 will make their way to the new X3, as well as the air-curtains. 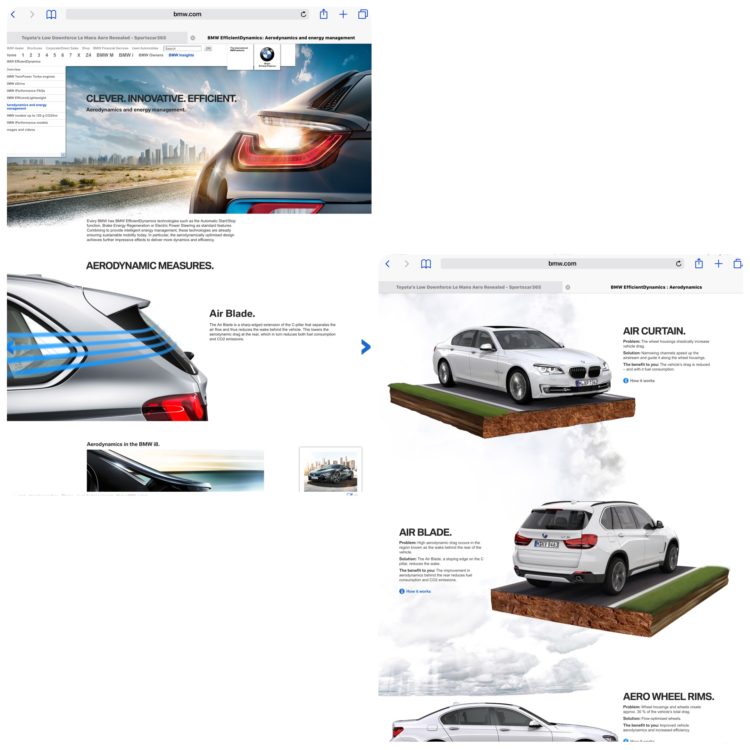 This upcoming BMW X3 will be an important car for BMW, as it will be BMW’s answer to the new Mercedes-Benz GLC Class and Land Rover Discovery Sport, so any sort of efficiency increasing or interior noise dampening designs will be welcome touches. The next-gen X3 will have to be very good to beat its new competition, so every little bit helps.