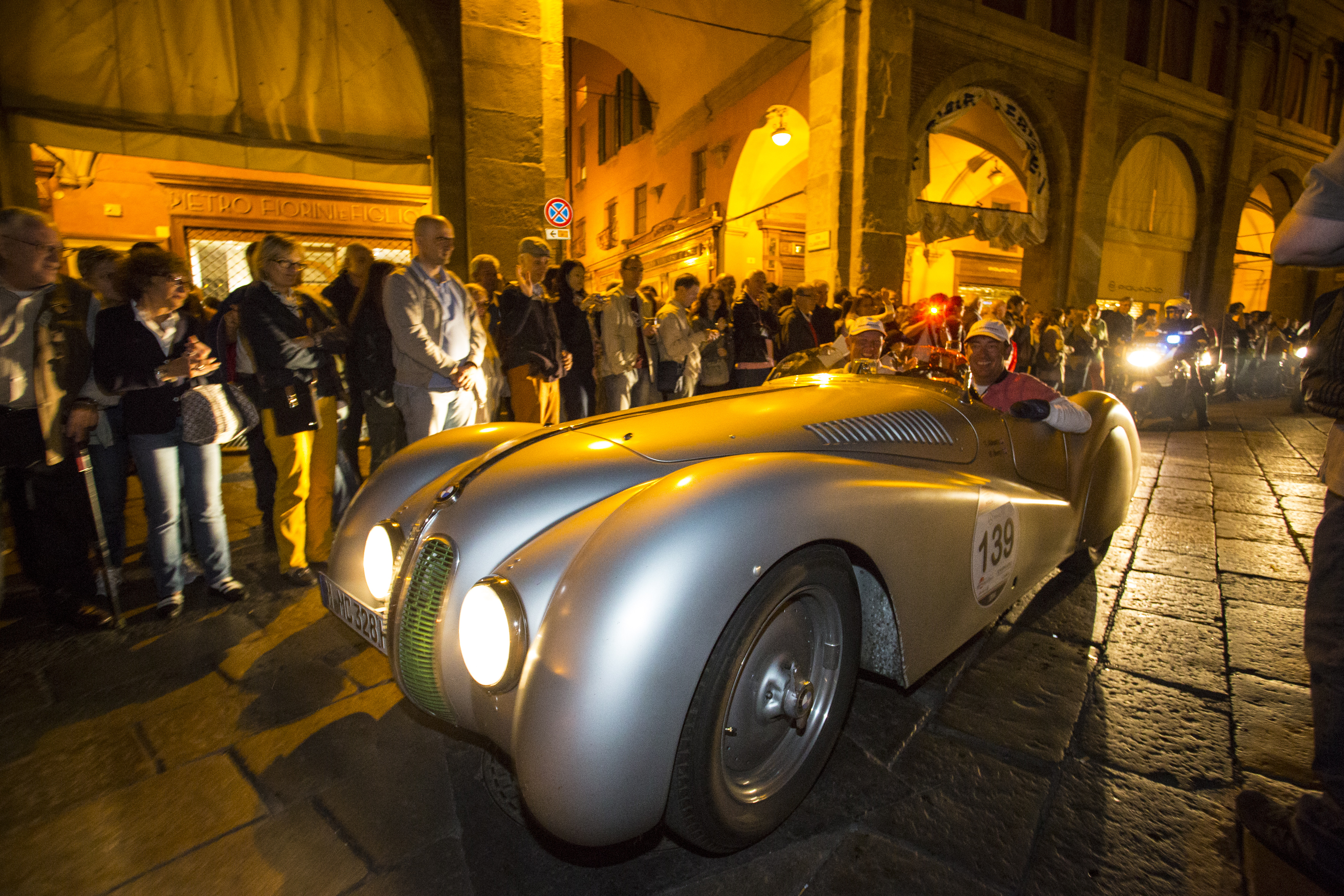 The Mille Miglia is the event to watch if you’re head over heels for classic, timeless elegance and class. The event that seem to gather some of the rarest cars in the world to its starting line every year allows curious bystanders not only to check out these true pieces of history but also to see them in motion, something you don’t get to do at other venues. This year, BMW will be participating in the legendary race with six original BMW 328 models.

Covering over 1,000 miles as the name suggests, the course will have the cars travel from Brescia, where the starting line is, to Rome and back again for the finish that is set to take place on Sunday, after the four stages of the rally will be completed. For the 2016 edition about 450 classic cars have been signed up for the run. According to the rules, only vehicles of the type that were registered at least once for the Mille Miglia between 1927 and 1957 are permitted to take part which narrows down the selection to some of the fastest road-going models of that age.

The BMW Group Classic division came prepared with six models out of which the most interesting one is definitely a BMW 328 Berlin-Rome Touring Roadster built in 1937 that was completely restored and is in perfect shape. Alongside it you’ll also get the chance to see a 1939 Mille Miglia Roadster 328 as well as another 328, this time in red, from the Munich collection, driven by a team from automobile care specialist Sonax, a long-time partner of BMW Group Classic. The remaining three 328 cars are not to be overlooked either, the sporty sextet from Munich definitely being a crowd pleaser.

If you plan on following the Mille Miglia this year, you should know that the cars will go through Verona and Ravenna, to the Adriatic coast at Rimini after the flag drop today. On the second day of the competition, the field initially passes San Marino, before going on to Rome, taking in Macerata and Ascoli on the way. The convoy of classic cars will then make its way through Siena, before powering along the roads of Pisa and Luca, reaching Poggibonsi in Tuscany as the destination for the midday stop.

The afternoon journey will take them over the legendary Futa Pass and shortly afterwards over the Raticosa Pass, before reaching Parma in the evening. On 22 May 2016, the final stage of the Mille Miglia is routed via Piacenza and, after a diversion to the race track at Monza, back to the start of the 1000 mile drive in Brescia.