One of the BMW M2’s biggest competitors is the Mercedes-AMG A45/CLA45, and the two cars couldn’t be more different. The BMW M2 is a rear-wheel drive coupe with a six-cylinder engine and the option for a six-speed manual. The AMG A45 uses a four-cylinder engine, all-wheel drive, a dual-clutch gearbox only and has four doors (whether its the hatchback A45 or sedan CLA45). So the two have quite a different approach to power and performance, however, they both arrive at similar power figures. So they are quite close competitors. 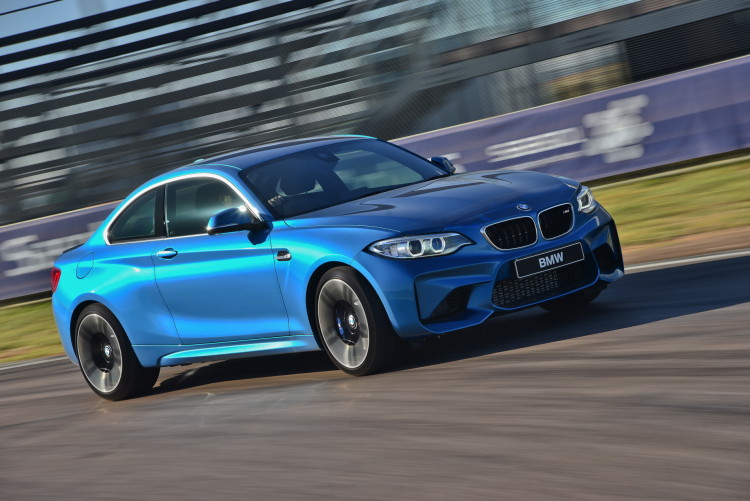 The Mercedes-AMG A45 has a 2.0 liter turbocharged four-pot that develops 367 hp and 350 lb-ft of torque, while the BMW M2 has a 3.0 liter turbocharged I6 that makes 365 hp and 343 lb-ft of torque. Interesting that the AMG’s smaller engine produces slightly more power with one less liter and two fewer cylinders. Nevertheless, both cars are very fast. So it should be an interesting drag race.

The BMW M2 is lighter, but it lacks the all-wheel drive traction of the AMG. We also don’t which gearbox the M2 had, as if it was the manual, the M2 is at another disadvantage. So how do the two cars do in a drag race? Let’s find out. 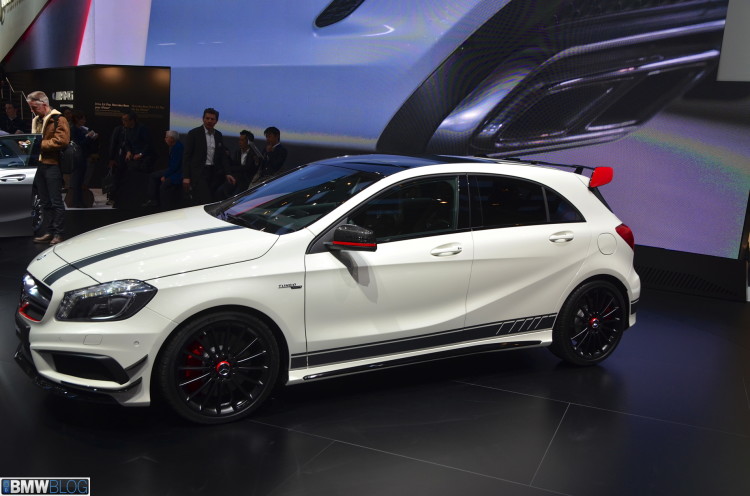 In this video, the BMW M2 spins its rear tires quite a bit off the line on the slightly wet surface, making it lose the lead just a bit, while the AMG’s all-wheel traction just get it off and running with little drama. After that, the AMG holds its lead while the M2 catches up far quicker than one might think. In the end, the AMG takes the victory, by one hundredth of a second. The AMG ran a 12.64 second quarter mile while the M2 ran it in 12.65 seconds. That’s awfully close.

If the BMW M2 had a dry surface and didn’t spin its wheels so much, it’s likely it would have won this race. It’s surprising how well the M2 did even with its traction disadvantages, though, as it’s down on power and torque. Maybe next time these two meet, the conditions will be better and the M2 will take the win, but for now the AMG is the victor. Even if it is by the narrowest of margins.