Electric vehicle sales were at all-time high in the U.S. in April. According to InsideEVs, 10 different plug-in vehicles set new 2016 highs and 10,586 sales were logged in April, which was a 16.5 percent gain over the previous year’s 9,094 plug-ins sold.

Among those brands that stood out is BMW which sold more i3s in April -813 – than in all of January, February and March combined. The X5 plug-in SUV sold a record 655 copies. The Ford Fusion Energi was the second best selling electric vehicle/plug-in last month, ahead of the Nissan Leaf. 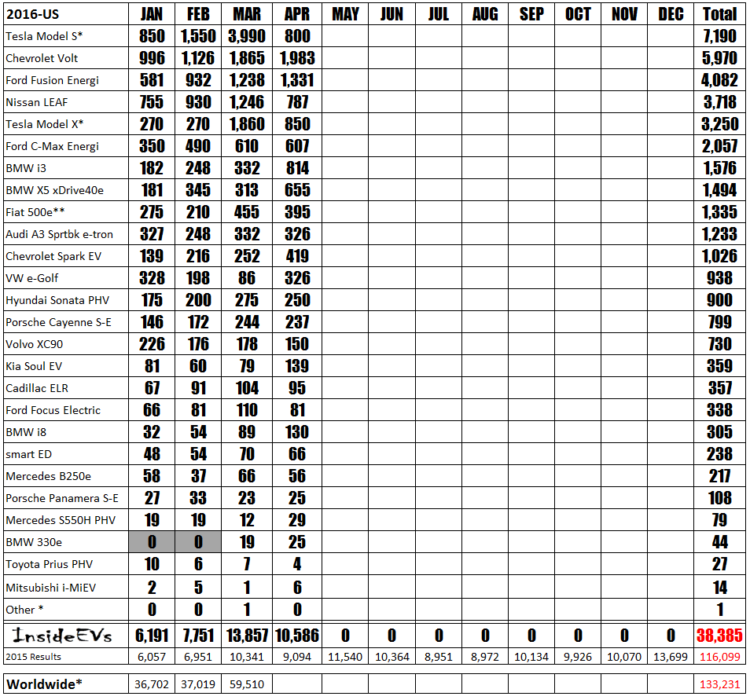 A strong performance was again turned in by the Chevrolet Volt, which at 1,983 sold in April placed second.