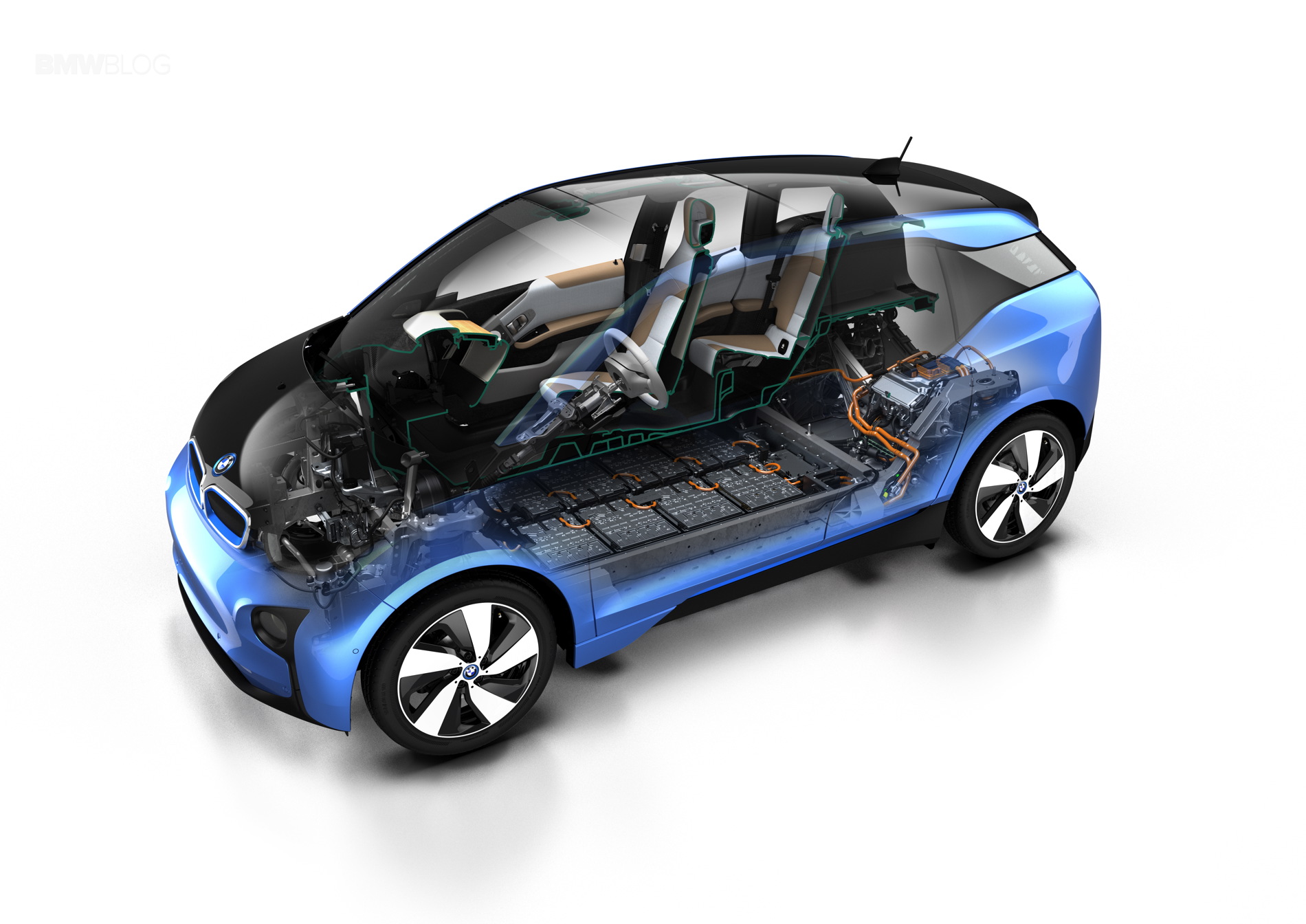 The worst kept secret of the BMW i3 is officially no longer a “secret.” BMW has formally announced that the 2017 i3 will have a new, longer range battery pack. They are indeed using the new Samsung 94 Ah battery cells that I speculated they would five months ago.

Just as I predicted the new battery pack is increasing from 21.6 kWh to 33.4 kWh, which in an increase in capacity of about 50%. However the range of the i3 BEV will only increase by 40% from 81 miles per charge to 114, which is less than i predicted. That’s because BMW is now using a larger buffer (the difference between the total battery capacity and the usable capacity) and also because the car now weighs more (roughly 100 lbs more) because the new higher capacity cells weigh slightly more than the ones they replace. 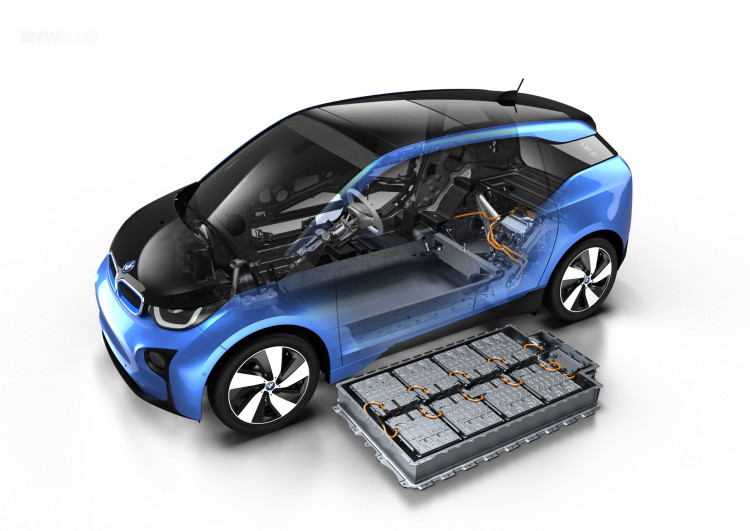 The slight increase in weight will likely only have a very minor effect on performance, if any. The old battery used 60 Ah cells and had a capacity of 21.6 kWh, of which 18.8 kWh was usable. Which means BMW allowed the 87% of the capacity to be accessed. The new pack uses 94 Ah cells, has a total capacity of 33.4 kWh, and 27.2 kWh is accessible. That means only 81% of the total new battery capacity will be usable.

The reduction of usable capacity could simply mean BMW just wants to be more conservative, and with more available capacity they didn’t need to squeeze every possible kWh out as they did with the much smaller 21.6 kWh pack. Or, quite possibly the new battery cells don’t fare as well as the current cells do when they experience frequent deep discharges, so it’s necessary to build in a larger buffer. 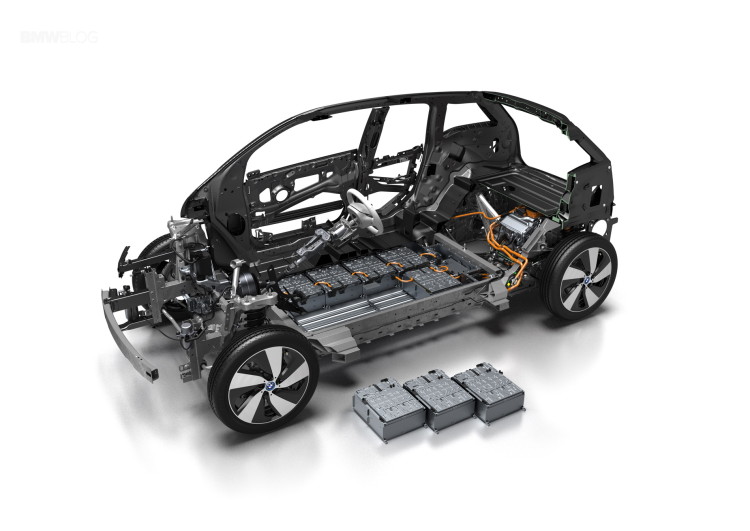 The new range rating for the REx model hasn’t been announced yet, as it is still undergoing official EPA range testing. I have a theory about why this is so, but I’m going to wait until we get the range rating of the new REx before I elaborate. I do expect the REx to have a smaller percentage of range increase than the BEV i3 did, but I’m going to leave it at that for now. I’ll dedicate a new post to this subject once the official EPA range for the new i3 REx is announced. 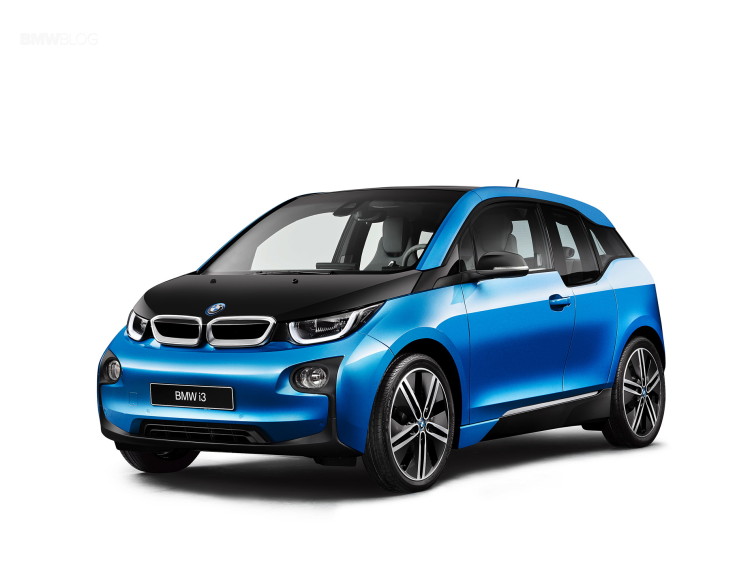 While the increased range is the biggest news for the 2017 i3, it’s not the only changes. The i3 will be available in a new color, Protonic Blue. At the same time the popular Solar orange is being discontinued. So the color options for 2017 on, will be: Fluid Black, Protonic Blue, Capparis White, Mineral Gray, Platinum Silver and Ionic Sliver.

One interesting nugget which was announced in the BMW AG press release, yet not in the US press release was the BMW i battery retrofit program:

“With the introduction of the new 94 Ah battery, BMW gives i customers the opportunity of retrofitting their purely electric BMW i3 (60 Ah) with the new 33 kWh battery as part of a high-voltage retrofit program. This program is available in selected markets. The 22 kWh batteries traded-in by customers are used to build stationary storage battery modules thus starting their second life. This effectively proves how sustainable BMW i technology is across its entire production and life cycle” 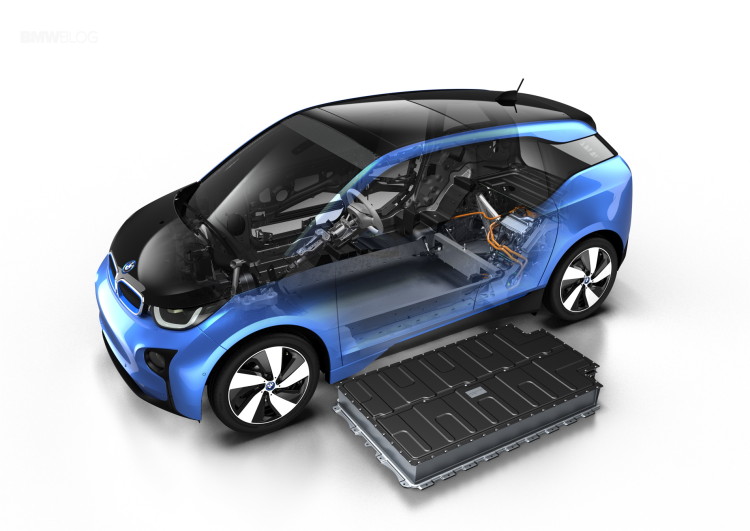 This is very exciting news, even if it appears that initially only BEV i3 (not REx) owners will be able to upgrade their battery, and initially at least, the US market won’t be able to participate. I’d be very surprised if this upgrade program isn’t made available to the US market at some time in the future, but I believe the real question is what will the cost be? I would imaging the entire pack, including the thermal management system and packaging probably costs BMW somewhere between $7,500 and $10,000. If they offer a $3,500 discount for the old pack as a trade in, than the customer’s cost is somewhere between $4,000 and $6,500 without adding the cost of labor for swapping the packs. So unless BMW subsidizes a big chunk of the cost it’s going to be a very costly upgrade, especially considering the owner is replacing a battery that is less than three years old.

I think that’s partially why BMW of North America isn’t rushing to bring the battery upgrade program here. The i3 just passed its two year anniversary here in the US, so even the earliest buyers still have a relatively new battery. I have one of the highest mileage i3s in the US, and currently have just under 50,000 miles on my car. My battery still has about 18 kWh of usable capacity, after starting with about 19 kWh. So in two years, I’ve recharged the vehicle about 1,200 times, driven nearly 50,000 miles and my battery has only lost about 5% of its original capacity. I’m definitely not ready to drop $5000 or so on a new battery just to add 30 or 40 miles of range.

I do expect BMW of North America to eventually offer a battery replacement program, but honestly it’s just not necessary yet. I could definitely see myself buying the replacement pack in another two years, when I have about 100,000 miles on the car. I’d also be interested in buying back my old pack, once it’s been refurbished into the stationary energy storage unit, and using it in my home. My solar array could charge the unit during the day, and when I come home at night I’d use the stored energy to recharge the new pack in my car. I don’t know if BMW has plans to make this kind if home energy storage units, but if they did, I’m definitely interested, especially if I could reuse my old battery pack. 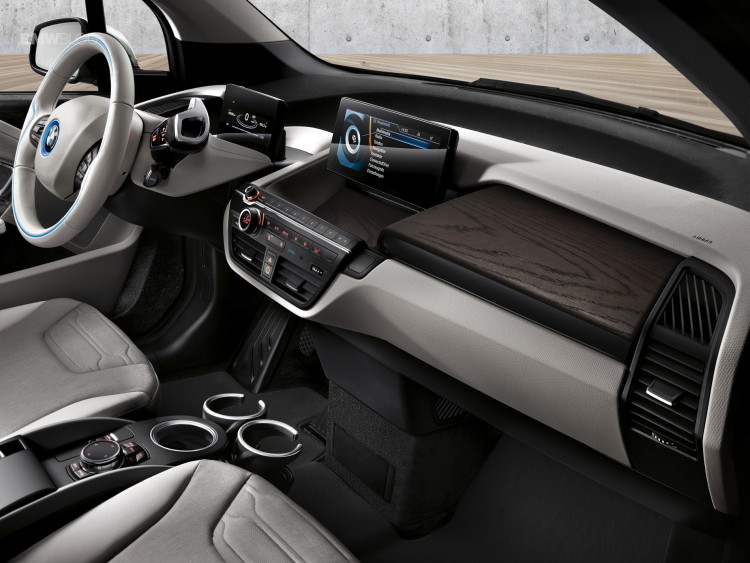 There are also a few interior changes on the new i3. Finally (Let me repeat that!) FINALLY, the US market will be able offered the moonroof option. Much to the chagrin of i3 owners across the country (and particularly the ones in California), until now the moonroof option that was available on the i3 everywhere else in the world, wasn’t available in North America. It will now be offered once the 2017 i3 begins shipping sometime in late August. There is also a new interior option being called Deca World (to go along with Mega, T\era & Tera Worlds). Deca World replaces Mega World as the base trim and is an attractive Black fabric with BMW i Blue trim. It has been available in Europe since the i3’s launch, where it’s called “Atelier”. There’s also a new dark oak wood option to go with the lighter Eucalyptus wood dash panels. Customers who order other of the two top interior trim levels (Giga or Tera World) will now be able to choose which wood trim they prefer.

In all it’s pretty much what I expected the 2017 i3 would offer. BMW calls this kind to product refresh an LCI (Life Cycle Impulse). That’s a mid generation refresh for the vehicle where they make improvements, but don’t create a new vehicle. The battery upgrade is the big deal of this LCI, and will probably the biggest improvement the first generation i3 has during its lifespan, which will likely be until about 2019. I expect a totally new 2nd generation i3 to emerge about that time, along with the next generation of batteries that Samsung is still working on. These new future cells are low profile, are 125Ah with a specific energy of about 250Wh/kg. They pack about 33% more energy than the new 94 Ah cells BMW will introduce in the 2017 i3. So while 2017 brings some nice improvements for the i3, the next big leap forward in battery tech is once again only a couple years away. It’s not difficult to see how similarly priced EVs will soon attain cost and utility parity with internal combustion engine vehicles. It’s all about the batteries.