MINI celebrates 15 years since the relaunch of the brand 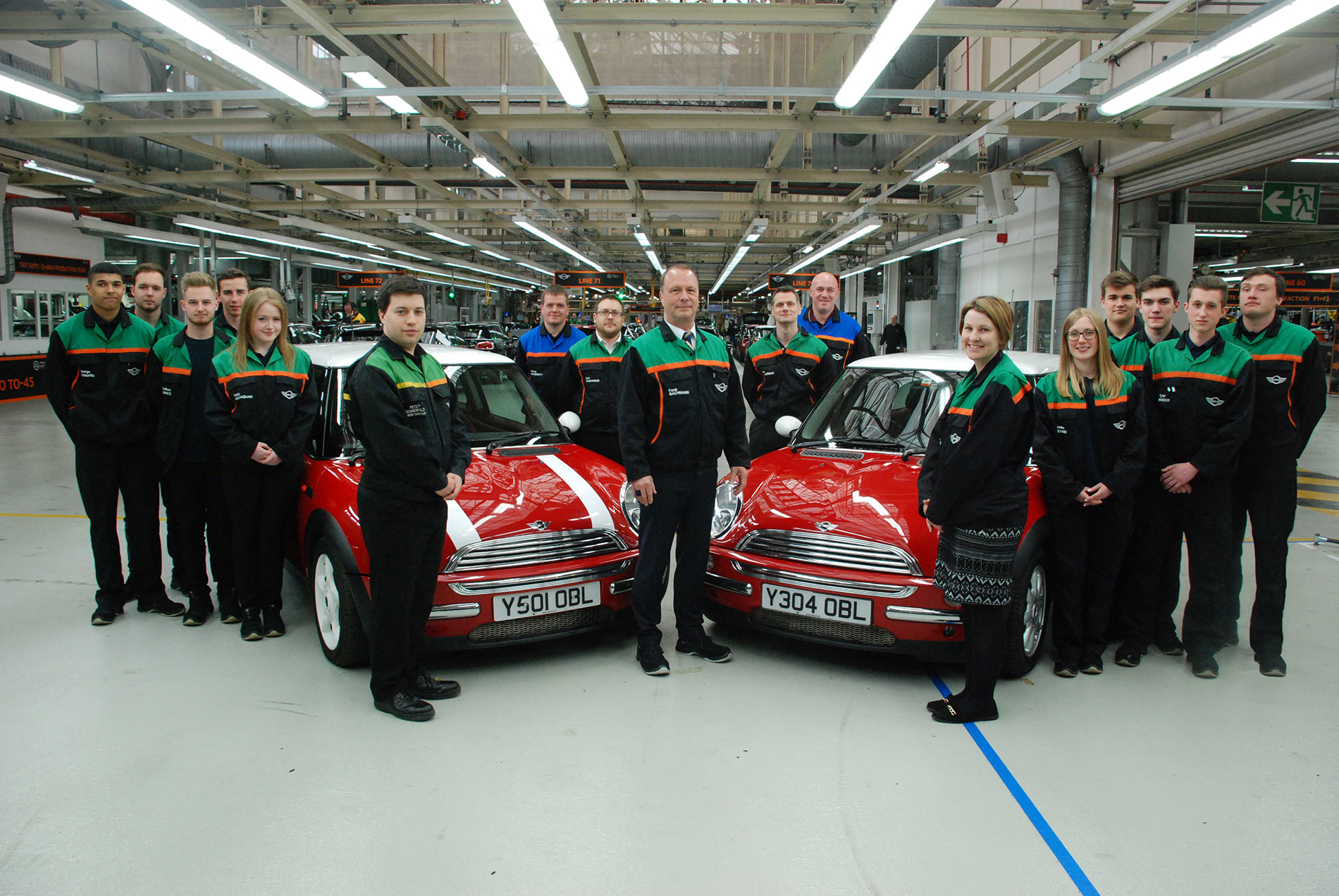 Today the employees of the British MINI plant in Oxford are looking back to the 26th of April 2001. A new era began exactly 15 years ago at the Oxford production site, which was steeped in tradition already at that time. This is the date the first MINI to be produced after the relaunch of the brand came off the production line – a MINI Cooper in Chili Red with contrasting white paintwork for the roof and the exterior mirror caps. Both for the location and the brand, a unique success story began when the first small car of the premium segment rolled off the line. Since 2001 more than 2.5 million MINI vehicles have been manufactured in Oxford and sold in more that 110 countries worldwide. 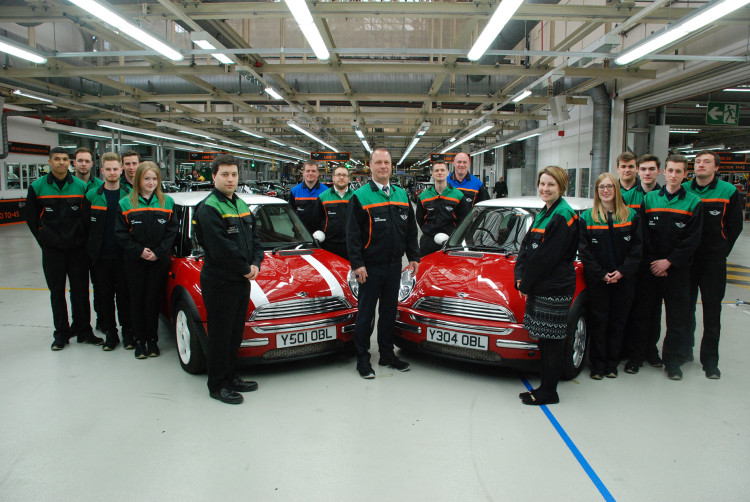 Today the Oxford MINI plant ranks among the most state-of-the art automobile manufacturing sites in the world. Employee figures rose from 2,400 in the beginning to currently more than 4,500. The workforce assembles approximately 1,000 vehicles per day in three shifts. One of the special features of the production site is the exceptional degree of flexibility. Currently four models are manufactured in Oxford. Every car is built precisely to the customer’s wishes based on the MINI typical wide selection of optional equipment, paintwork, interior colours and trim variants. The extremely sporty latest-generation John Cooper Works models are also “made in Oxford”. “Building 1,000 individually configured premium automobiles every day is a big challenge which our employees master thanks to their exceptional level of passion and skill”, says plant manager Frank Bachmann.

Automotive production history in Oxford goes back more than 100 years. In 1931 already, the Morris Oxford went into production. It was also called the “Bullnose” due to the shape of its radiator grille. The first “million seller” to come out of this Oxford plant was the Morris Minor in 1948 which was manufactured until 1971.

The classic Mini was produced in Oxford as the Morris Mini-Minor from its birth year in 1959 to 1968. The decision to manufacture the modern MINI here right from the start was taken in the spring of 2000. Following a comprehensive and record-speed modernization process lasting only 13 months, everything was set for another revolution in the small car segment. The MINI put in a stunning start as the British original for the 21st century. The originally planned production figures were quickly exceeded and a second body variant was taken up into the model range. The first MINI Convertibles left the Oxford plant right on time for the spring of 2004.

With the generation change in the autumn of 2006, the manufacturing sites had now been fully integrated into the MINI production triangle with Oxford (body construction, paintshop and assembly), Swindon (press plant) and Hams Hall (engine construction). Ongoing expansion and modernization activities then made it possible to both increase production capacity and broaden the model range as well. In total the BMW Group has invested more than 1.75 billion GBP into the manufacturing sites in Great Britain since 2000.

In autumn 2007 the start signal sounded in Oxford for the MINI Clubman, the model version with longer wheelbase, more transport capacity and innovative door design which was now sold alongside the MINI with the traditional body design. The new edition of the MINI Convertible came off the production line right on time for the 50th anniversary of the brand. The MINI Coupé followed in 2011 and one year later a second open-top premium small car, the MINI Roadster, was manufactured for the first time in Oxford.

The current line-up of MINI models manufactured in Oxford also offers premium driving fun to thrill a wide variety of target groups. The current MINI generation is comprised of the MINI 3 door and the MINI 5 door. In addition the Oxford MINI plant has been the exclusive production site for the new MINI Clubman, with which the brand is also conquering the premium compact segment. The latest addition to the product range is also manufactured in Oxford. The new MINI Clubman is not only produced with hallmark front-wheel drive, but also with ALL4 four wheel drive.