When the Tesla Model S first debuted, it confused many buyers as to why it had a false grille in the front of the car. The Model S has no need for a grille, as there is no engine in the front of the car, thus no air flow is required through the nose. However, the lack of grille was a bit off-putting to many potential buyers, so Tesla installed a sort of fake grille to help make the Model S seem a bit more mainstream and attractive to most customers.

When the Tesla Model X first made its appearance, it lacked the grille that the Model S had and instead had a little mustache where the Tesla logo was. It was a bit strange looking at first, to see a car without a grille, as nearly every single car ever made has had a front grille of some sort. There are a few exceptions, of course, but very few. It just looked as if something was missing. Then Tesla made a big debut for its new Model 3, which lacks not only a grille, but even the little mustache version that added something to the face.

Now, though, Tesla has updated its volume seller, the Model S, and given it the mustache’d face of its Model X sibling. Now that the mustache grille is on two Teslas, we can safely assume that it’s going to be the familial face of the brand moving forward. Expect the Model 3 to debut with the same sort of face, as it’s still subject to tweaking before its final release. 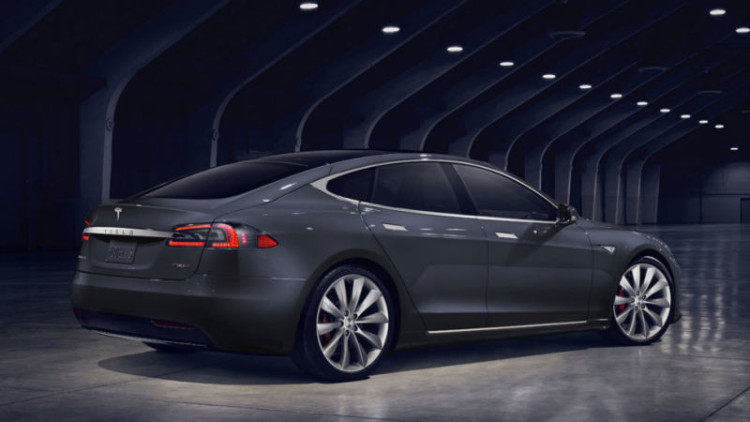 Also, the headlights and taillights have now been updated on the Model S. The former have a sleeker look, more in keeping with the Tesla brand, and the latter have darker areas to differentiate the taillight from the side marker. The Model S will also be getting the same “Bioweapon Defense Mode”, that is supposed to keep occupants safe in case of a Bioweapon attack, though experts have somewhat disproved the technology. Regardless, the Model S now has one helluva pollen filter. The Tesla Model S will also receive an updated charger, now 48 amps up from 40, and will receive new interior wood trim options.

So this is pretty par for the course in the auto industry. Every few years, automakers have to make little tweaks to keep their cars fresh so that customers will still want to buy them. BMW does it all the time, as does every other automaker, and Tesla is no different. While it isn’t the sort of big announcement that Elon Musk loves to make, it’s a significant enough change to keep the Model S fresh and in headlines. While the new Model S face is still hard to get used to, as it looks a bit like Keanu Reeves in the Matrix when his mouth disappears, it’s only because we’ve rarely ever seen anything like it. As we get used to it, the Model S will continue to be the good looking car that it is.

47 responses to “Tesla Model S gets familial face with refresh”