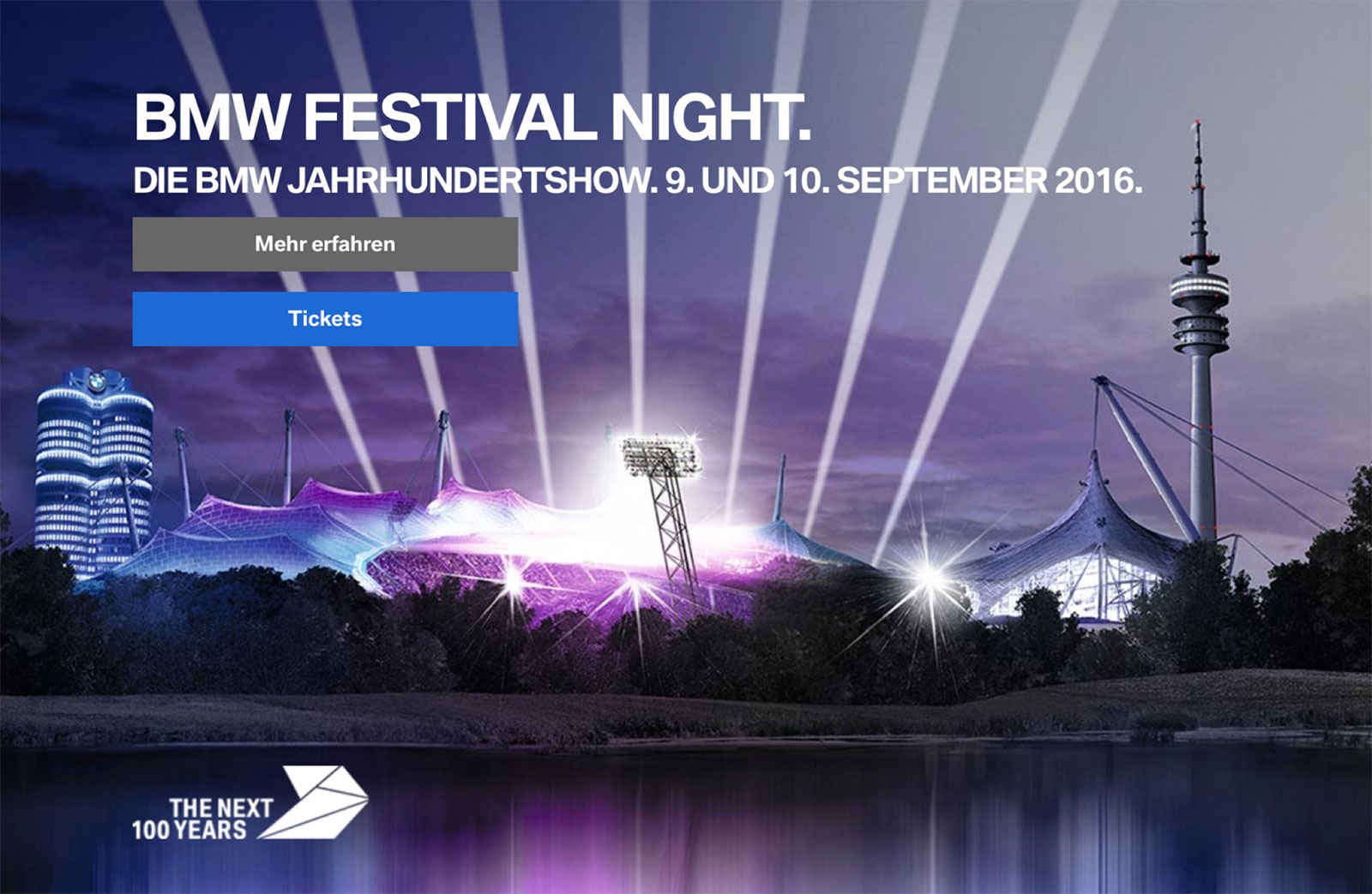 On 7 March 2016 – one hundred years to the day since what’s now known as BMW AG was first entered into the commercial register – the BMW Group launched its 100th anniversary celebrations. Running under the motto THE NEXT 100 YEARS, a unique program of centenary events is scheduled to travel the globe, with a particular highlight being the BMW Festival and BMW Festival Night from 9 to 11 September 2016 in Munich. Thousands of visitors from Germany and around the world are expected to attend the event, which will be held in the Munich Olympic Park, near to the birthplace of the company. Venues will include the Olympic Stadium, its parking area and Olympic Hall as well as BMW Welt and the BMW Museum. 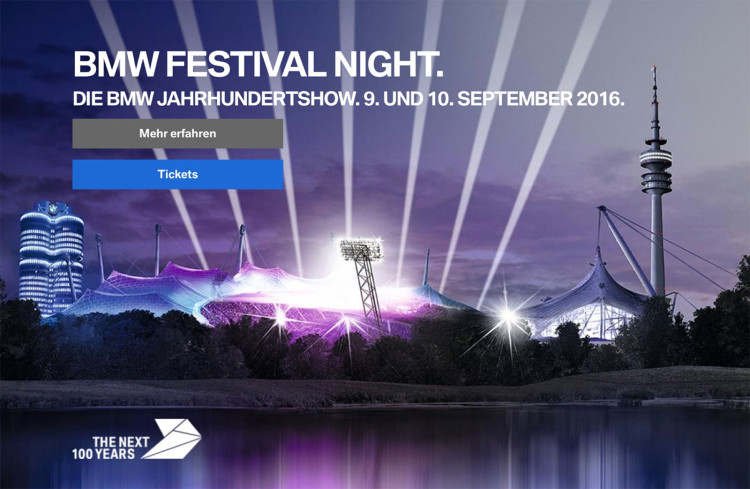 From 9 to 11 September 2016, three days of events in the Munich Olympic Park will present the BMW brand along with its BMW M and BMW i sub-brands, BMW Motorrad and BMW Lifestyle. Covering an area of 110,000 square meters, the show will offer visitors the chance to experience the entertainment and excitement of the BMW brand and its products – past present and future.

In a unique brand presentation, guests from around the world including more than 2,000 international BMW Club members will experience the emotion and fascination of BMW to the full. In a relaxed and lively festival atmosphere, they will be able to immerse themselves in the world of future mobility and connectivity through interactive elements or by simply sitting back and enjoying the information, inspiration and fun. The experience zones will be spread out around the 300 or so classic and current vehicles. The day programme offers something to suit all ages and tastes and includes all sorts of surprises.

Admission to the daytime BMW Festival is free of charge for everybody.

On 9 and 10 September 2016 the BMW Festival Night in the Munich Olympic Stadium will present the BMW brand’s success story and celebrate the next 100 years to come. Hosting the centenary show will be top German radio and television personality Thomas Gottschalk, who will wow audiences with a cast of prominent people and legendary cars and motorcycles. There will also be plenty of musical highlights, ranging from classical to pop, courtesy of an array of renowned international artists and groups, including the Munich Philharmonic Orchestra, Eva Lind, Peter Kraus, Lena, Simply Red and Sunrise Avenue.

Completing the package will be a series of captivating performances, such as the world famous ‘Red Bull Flying Bach’ by world champion breakdancers the Flying Steps.

Tickets for the BMW Festival Night on 9 or 10 September are available for purchase at www.bmw-festival.com or at München Ticket. The show programme is identical on both evenings.