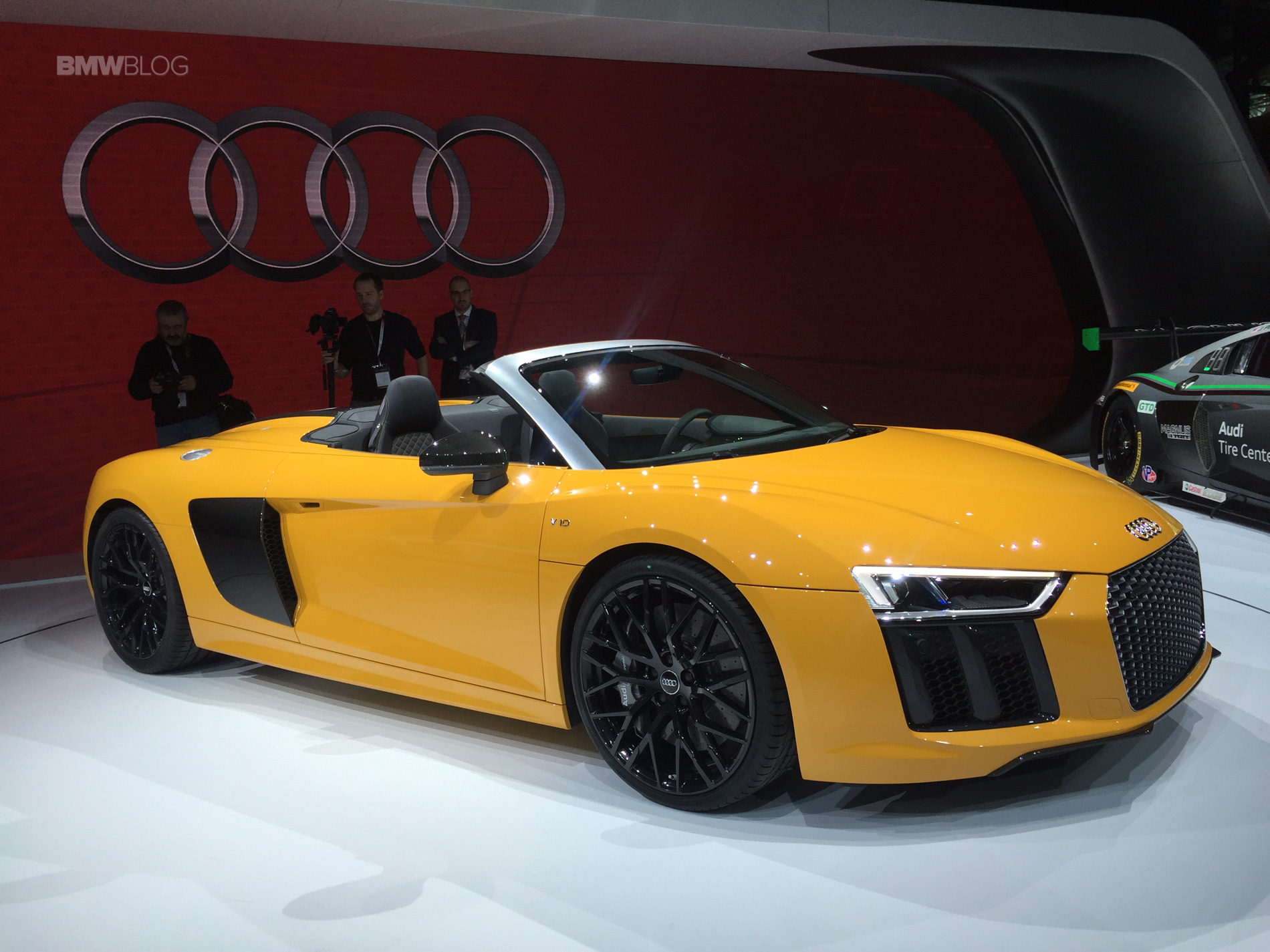 We’ve recently learned of the upcoming BMW i8 Spyder, a drop-top variant of BMW’s flagship hybrid supercar. The BMW i8 is a car that spearheads the brand’s i Division, as it stuns with gorgeous looks, fantastic technology and incredible performance. It’s design is one of the most polarizing and breathtaking in the entire industry and could possibly turn more heads than any other car on the road. Removing the roof just makes it even more stunning. But the BMW i8 is the only German mid-engine supercar to remove its roof lately, as Audi just debuted its R8 Spyder as well.

Now, these two cars aren’t exactly direct competitors, at least just yet. The current Audi R8 only comes with a naturally-aspirated V10 engine and starts life at around $160,000. The BMW i8 is a plug-in hybrid with a turbocharged 1.5 liter three-cylinder engine and starts at $140,000. So they aren’t exactly direct competitors right now, but Audi will be debuting an entry-level twin-turbocharged V6 model sometime in the near future, which could compete more directly with the BMW i8 and it will come in a Spyder variant as well.

So which German mid-engine convertible supercar wears the look better?

It’s hard to tell, actually, as they’re both so different looking. The BMW i8 Spyder is something from the future, with its radical body lines and creases and floating bits. It’s like nothing else on the road and it’s almost impossible to take your eyes off of. Having said that, the Audi R8 Spyder is a stunningly good looking car as well, with a more aggressive look. It’s more of a traditional car, but that doesn’t mean it isn’t great looking, because it is. 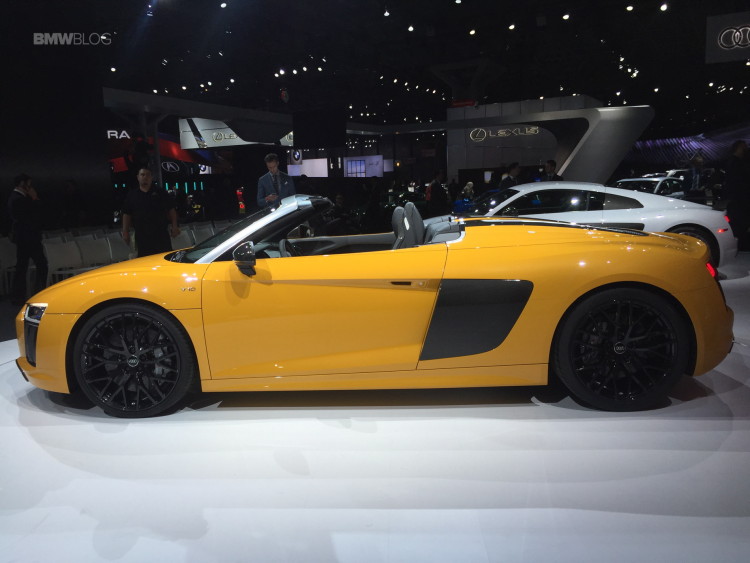 Now this is just me personally, but I think that as a static object, just as something to look at, the BMW i8 Spyder is the better looking car. It’s just more visually interesting and its design is like no other. There’s just something about the i8 Spyder that draws my eyes to it more so than the R8. However, as a car that makes me want to drive it, the Audi R8 Spyder is the better car. It just looks powerful and dynamic and like it’s exciting to drive. While it doesn’t have the visual drama of the BMW i8 Spyder, it’s the car that makes me want to grab the keys more, whereas the i8 Spyder makes me just want to stare at it all day.

When Audi debuts its R8 V6 Spyder, the two cars will likely be similar in performance and price and could really go head to head. Pricing is unknown for the Spyder variants of both cars, so we can’t compare that at the moment, but they should be pretty similar. That will be interesting because customers will have two gorgeous drop-top mid-engine supercars to choose from that both look so unique from everything else on the road as well as from each other. Two automotive snowflakes, if you will. So, to your eye, which of these two Spyders looks better? 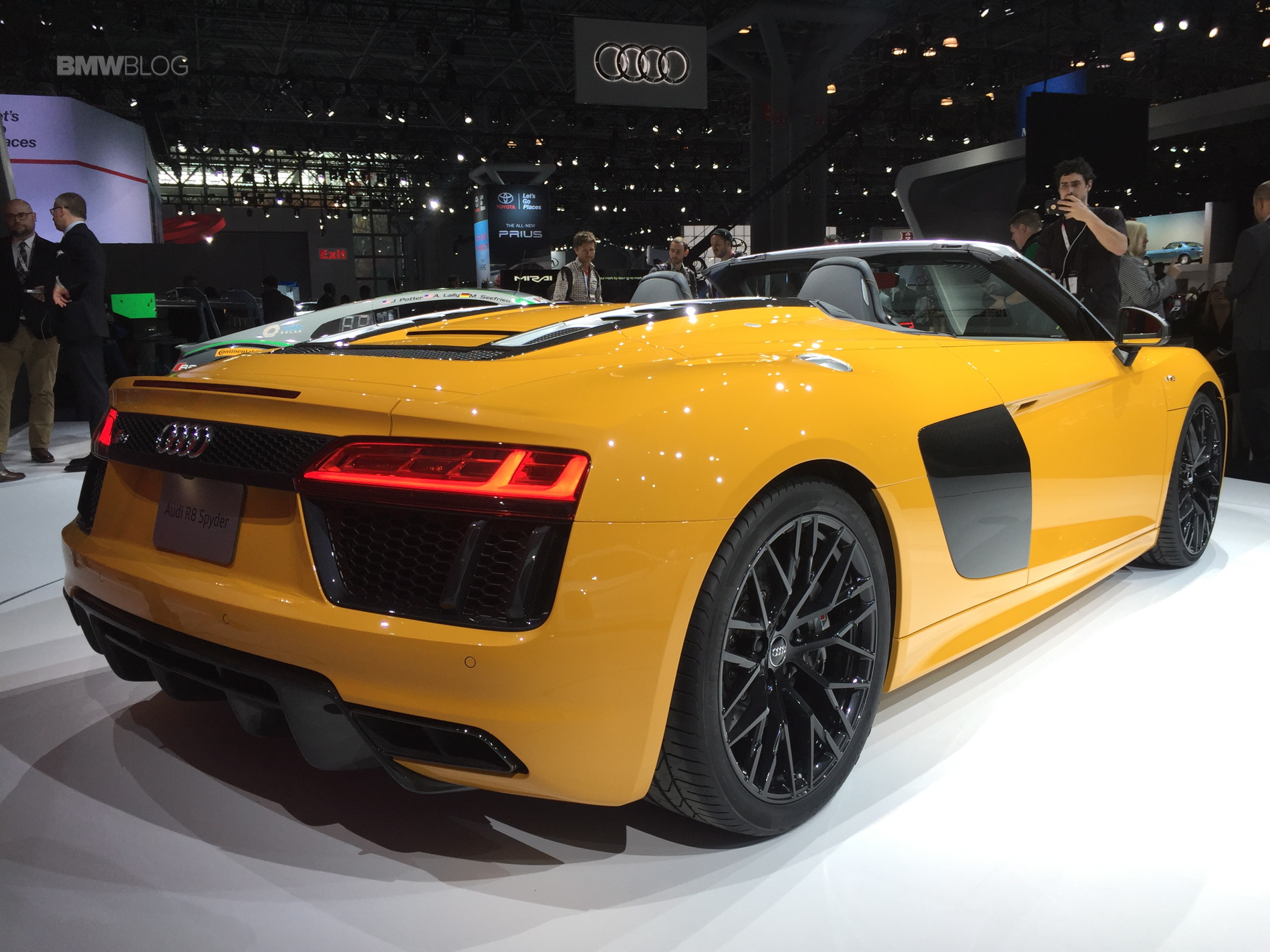 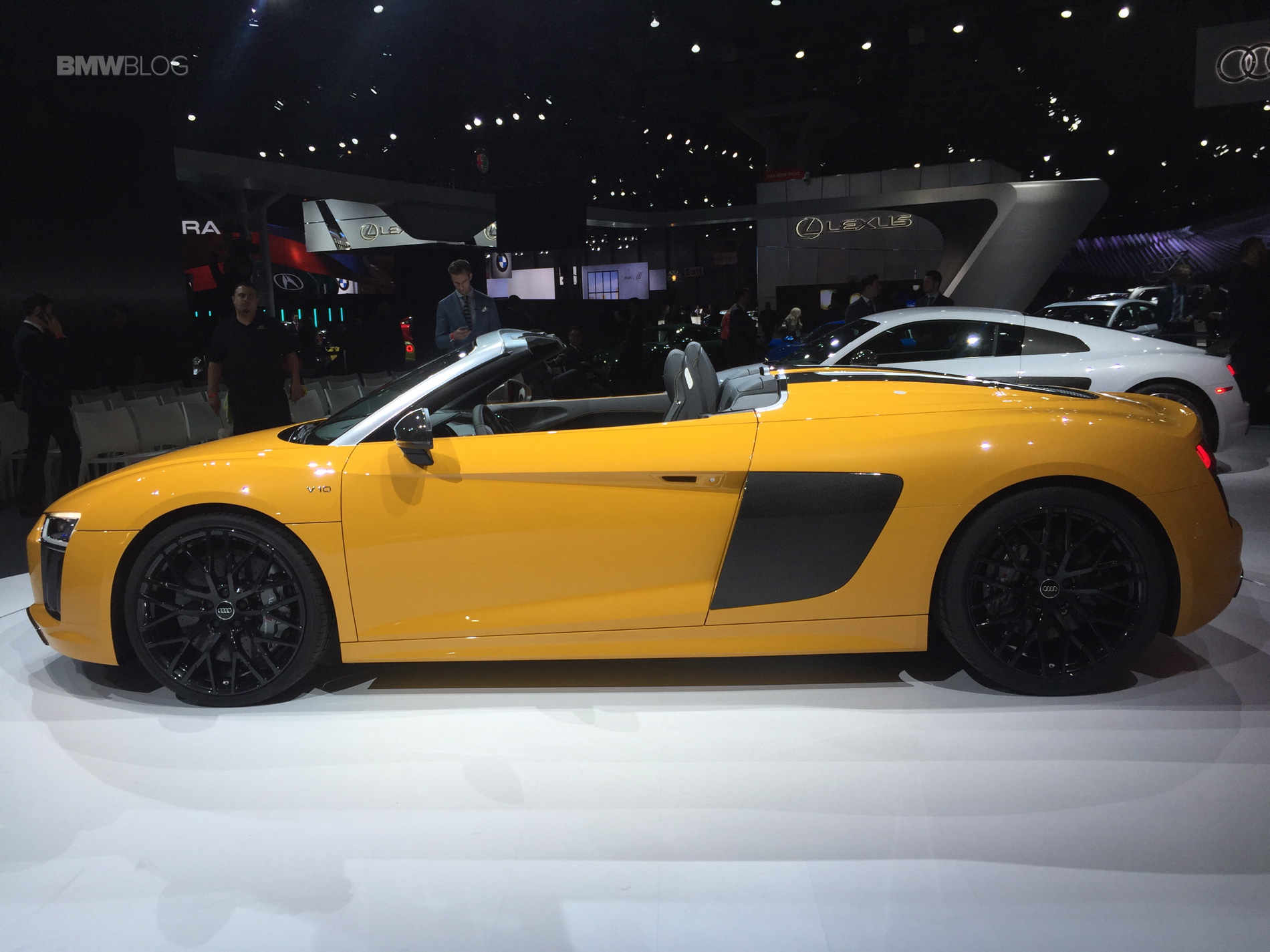