Rinspeed Etos based on BMW i8 makes its European debut

Home » Rinspeed Etos based on BMW i8 makes its European debut 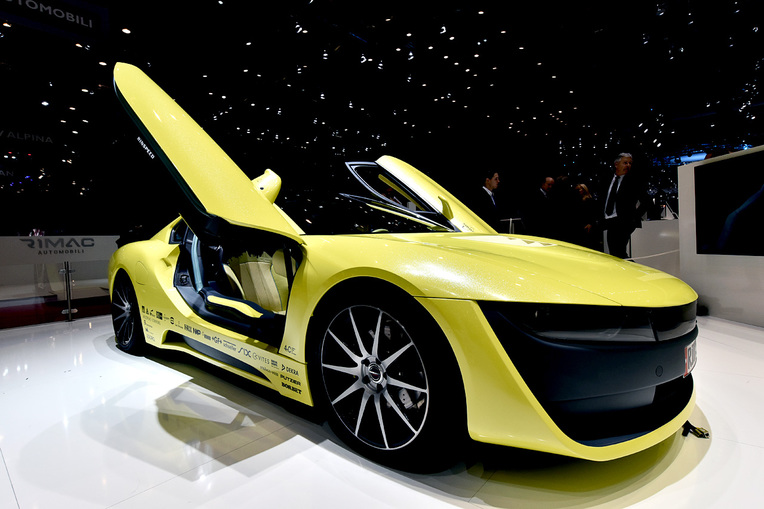 In January at the 2016 CES, Swiss powerhouse of ideas unveiled the “Σtos” concept car based on the BMW i8. The highly modified BMW i8 showcases new technologies and features, and especially autonomous driving.

What Rinspeed has done is create a BMW i8 that is not only fully autonomous, but has the ability to tip valets, trades stocks for you and even pick up flowers for you via its autonomous drone sidekick. All of this works through a Harmon Connected Car infotainment System. 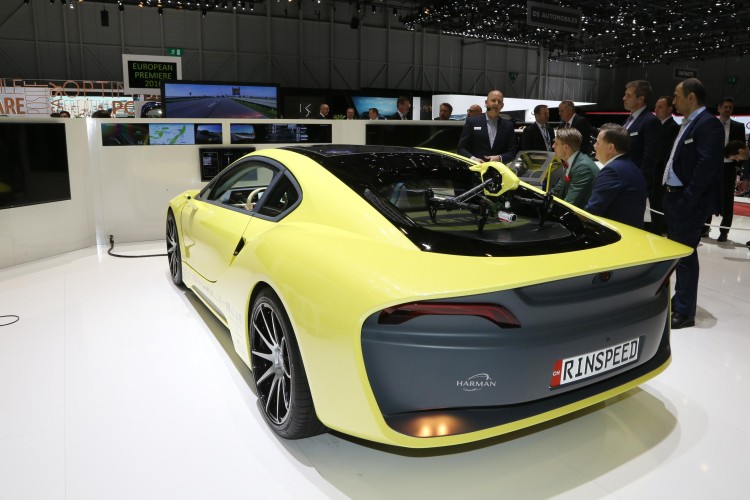 On the outside, the Σtos doesn’t look all that much different from a custom designed BMW i8. It’s actually quite sober on the outside. It’s not very good looking, but at least it isn’t a monstrosity. The interior is a very different story, though. The steering wheel folds in half and then retracts into the dash to allow the driver to have more room during autonomous driving to, you know, read a book. As you do. It also has a bookshelf… 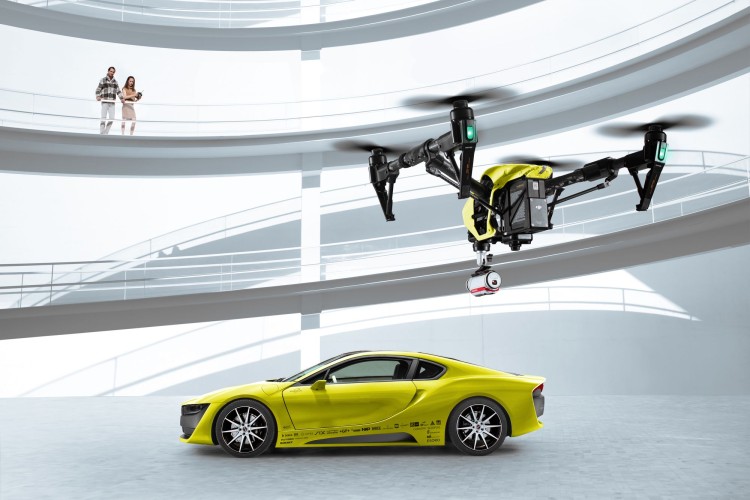 There is also an on-board DJI drone, equipped with TomTom Bandit action cam, which enables to edit footage without having to download it. “The driver can shoot breath-taking UltraHD quality video, then edit and share his footage in a matter of minutes, not hours,“ Rinspeed says. 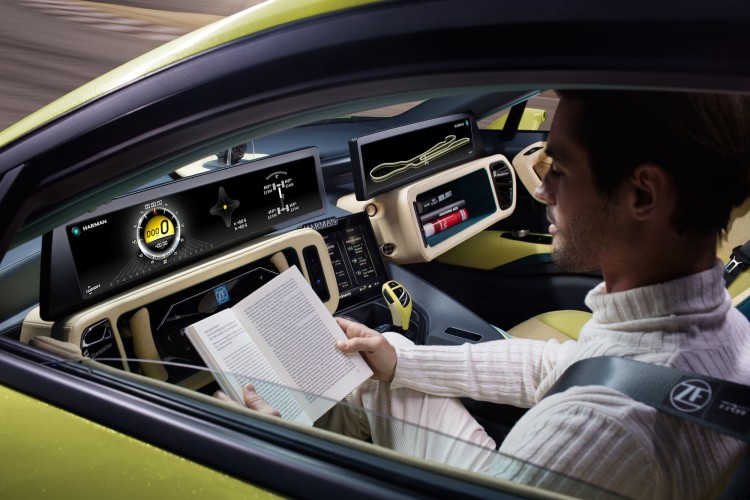 In the “Σtos,” Rinspeed partners demonstrate what is possible in the area of connectivity today and tomorrow: When it comes to data, perfect transmission and reception quality is essential not only for autonomous driving. 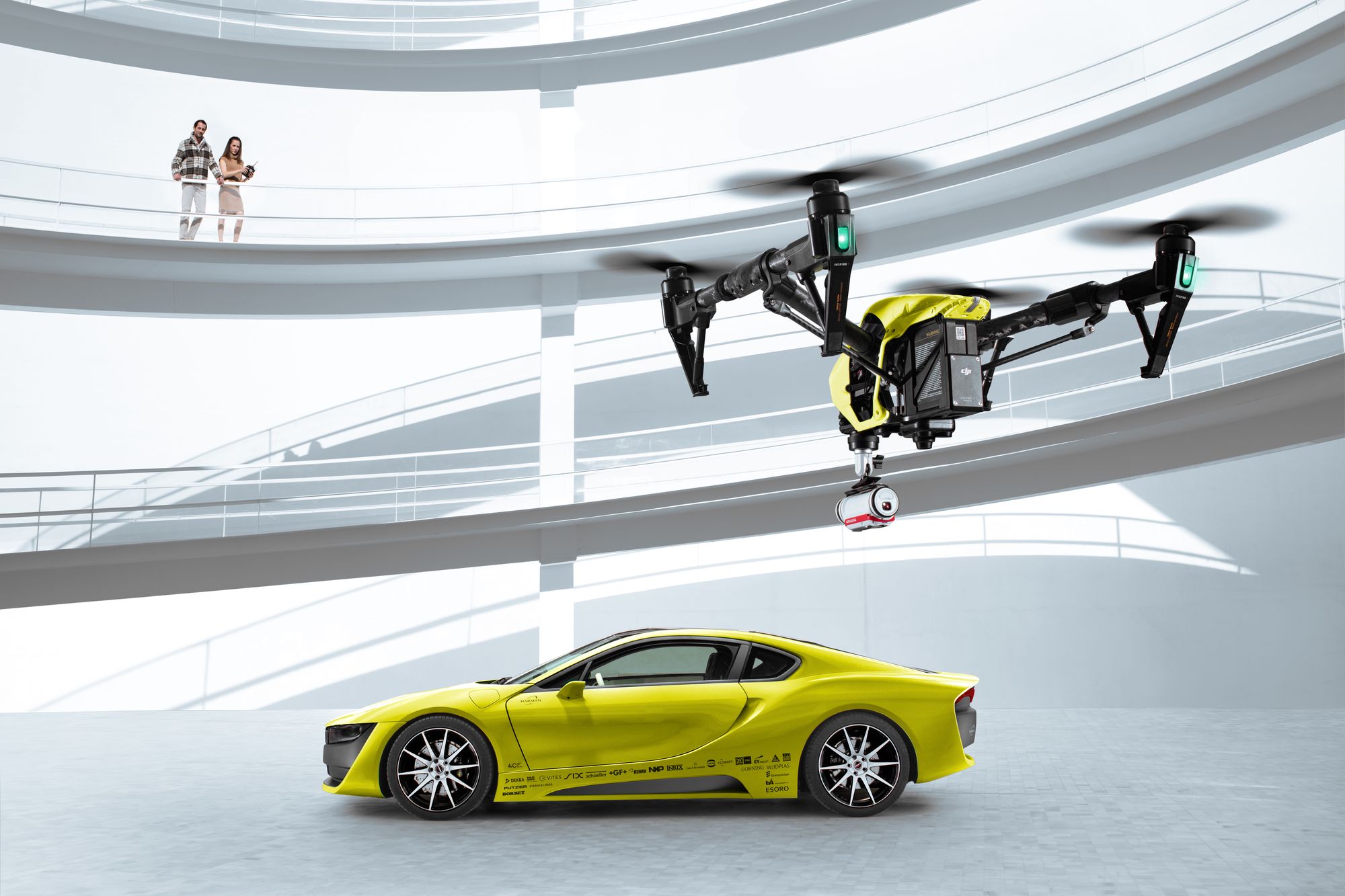 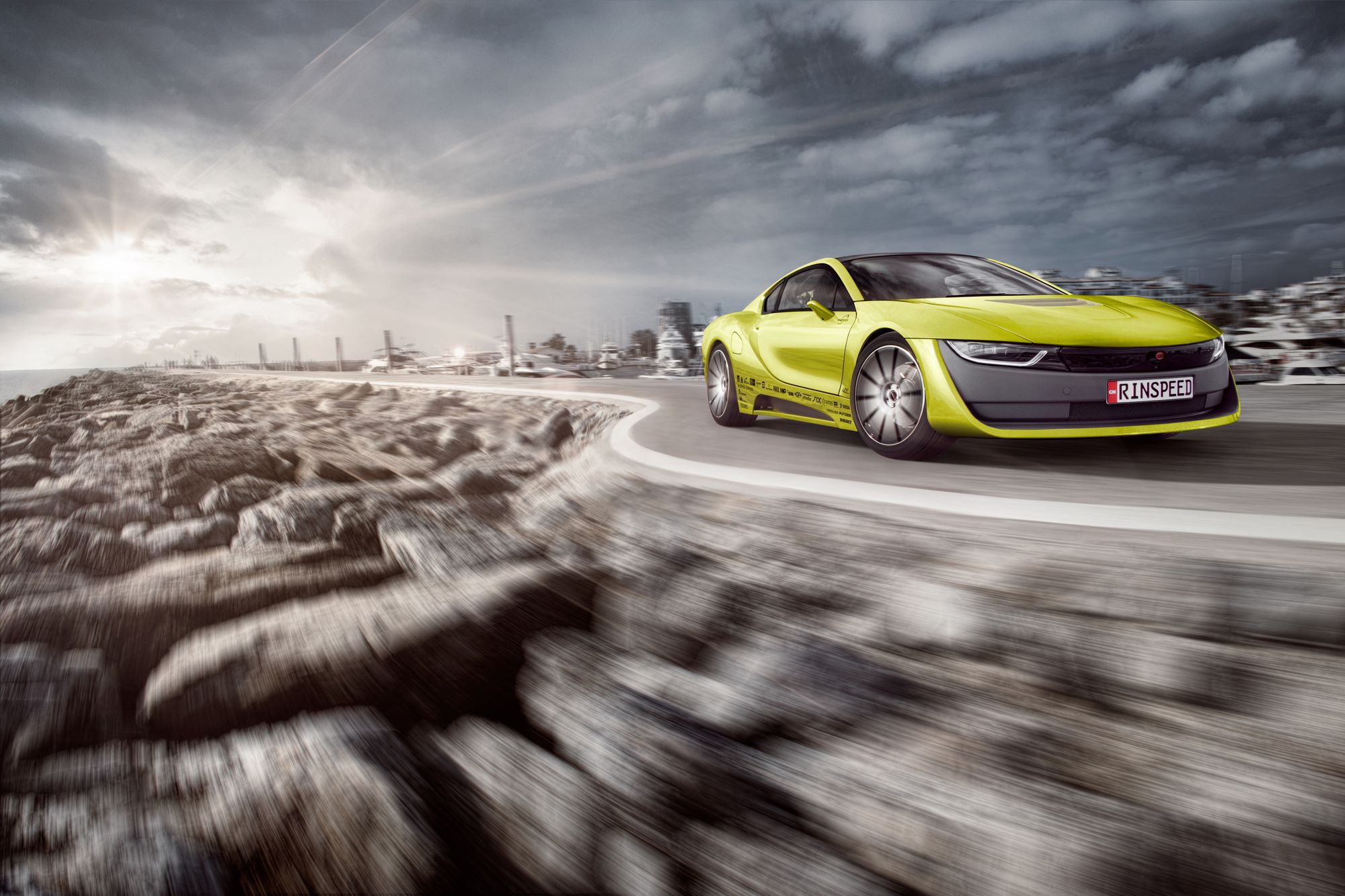 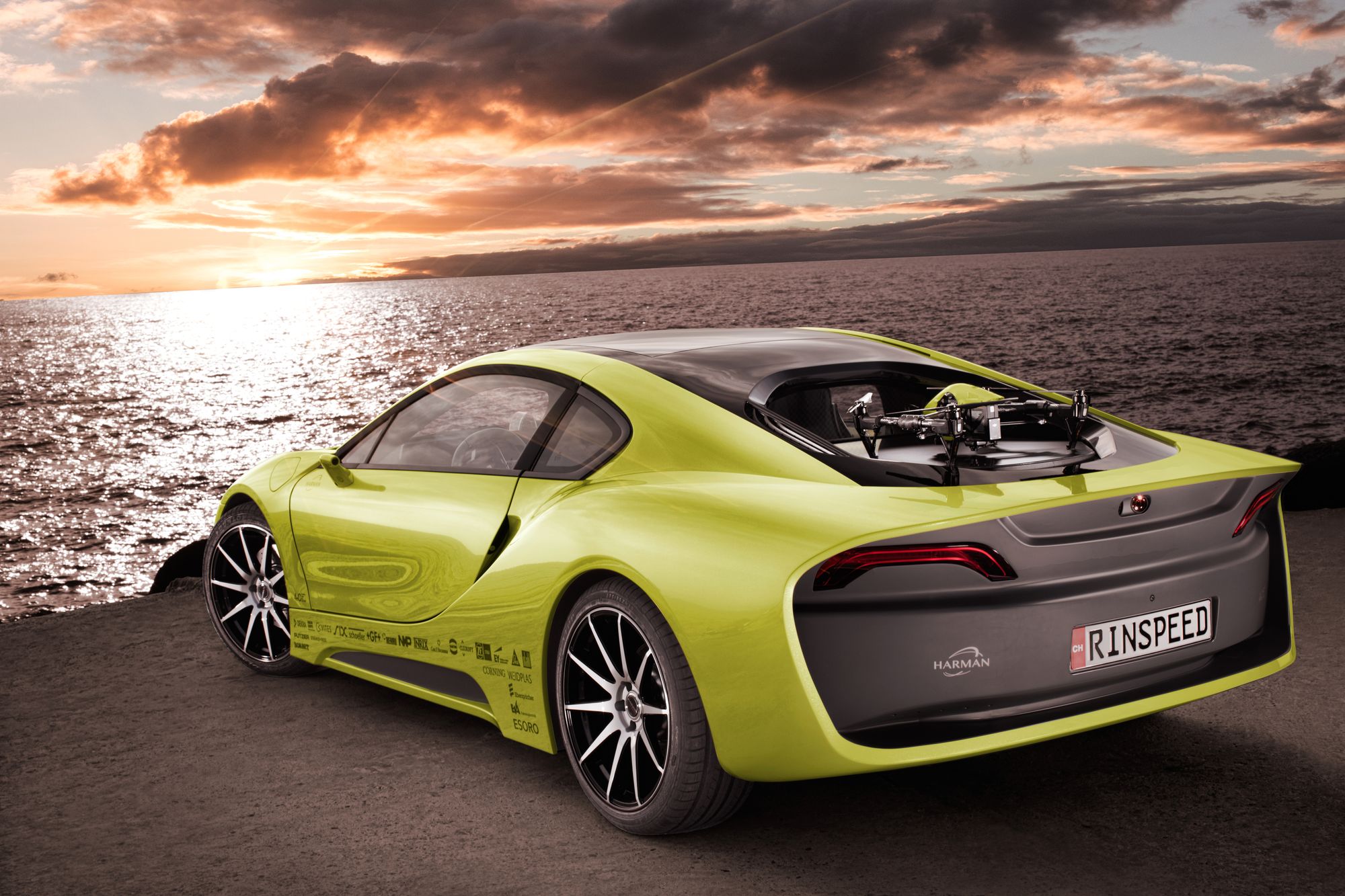 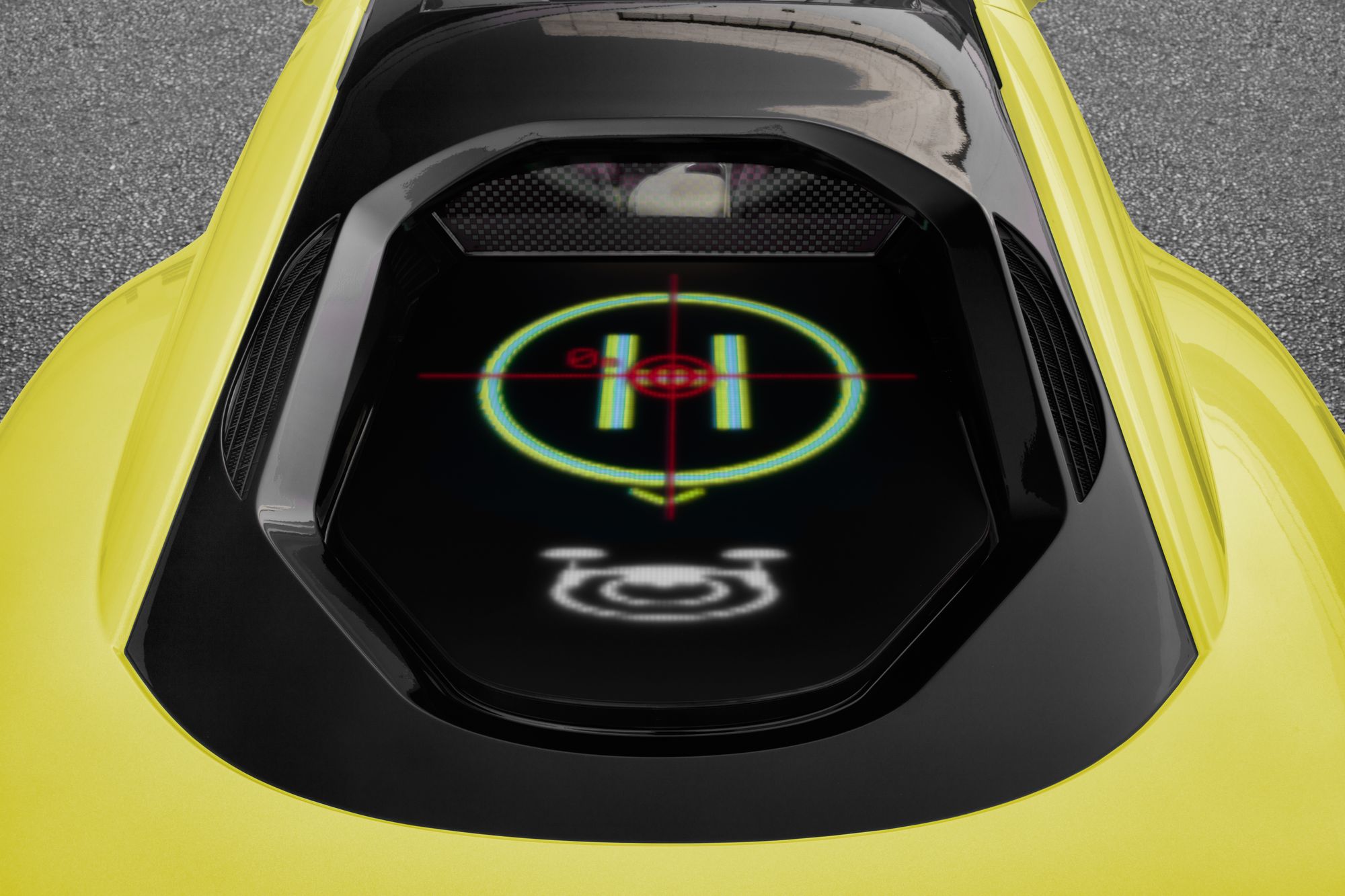 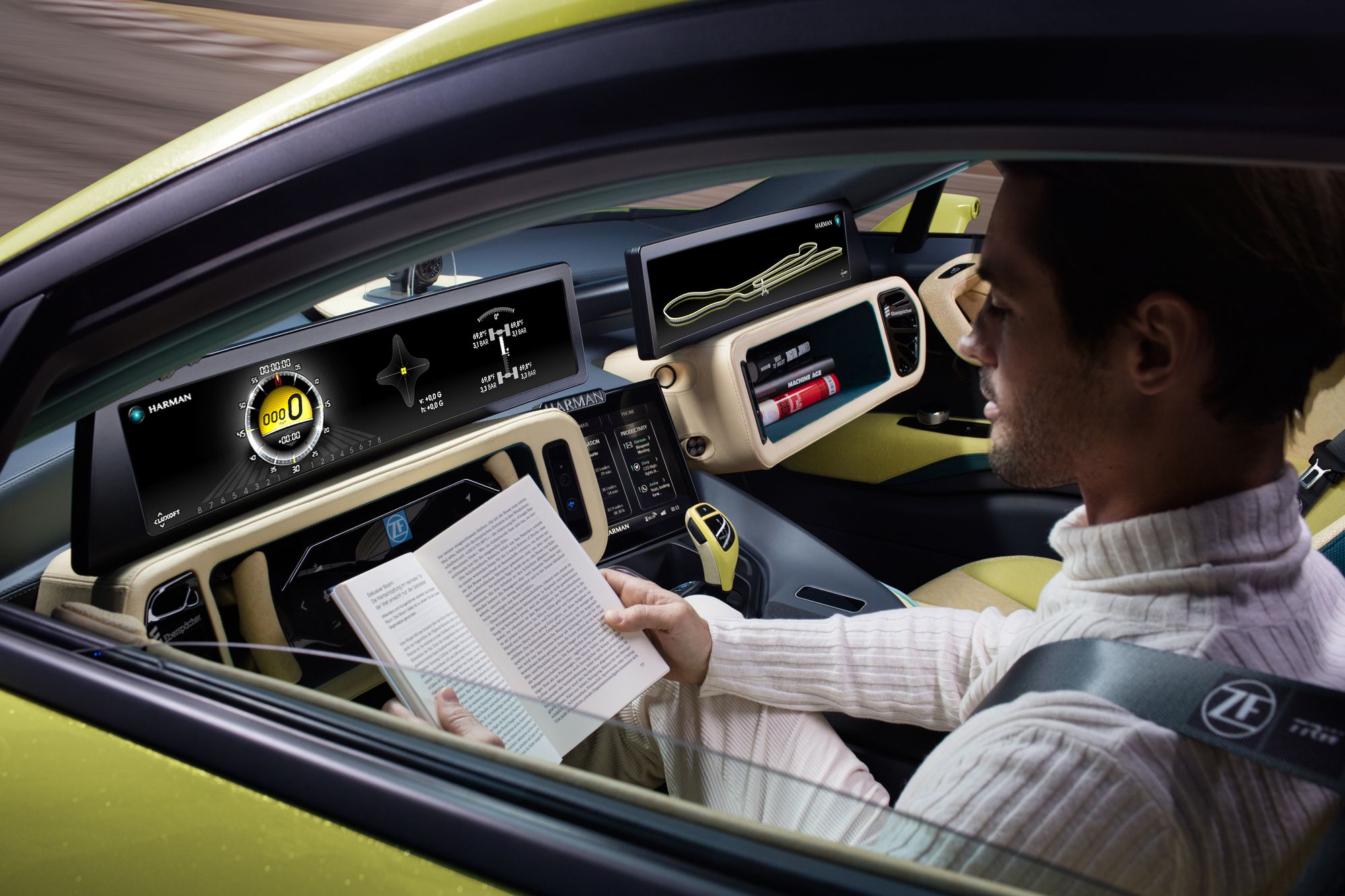 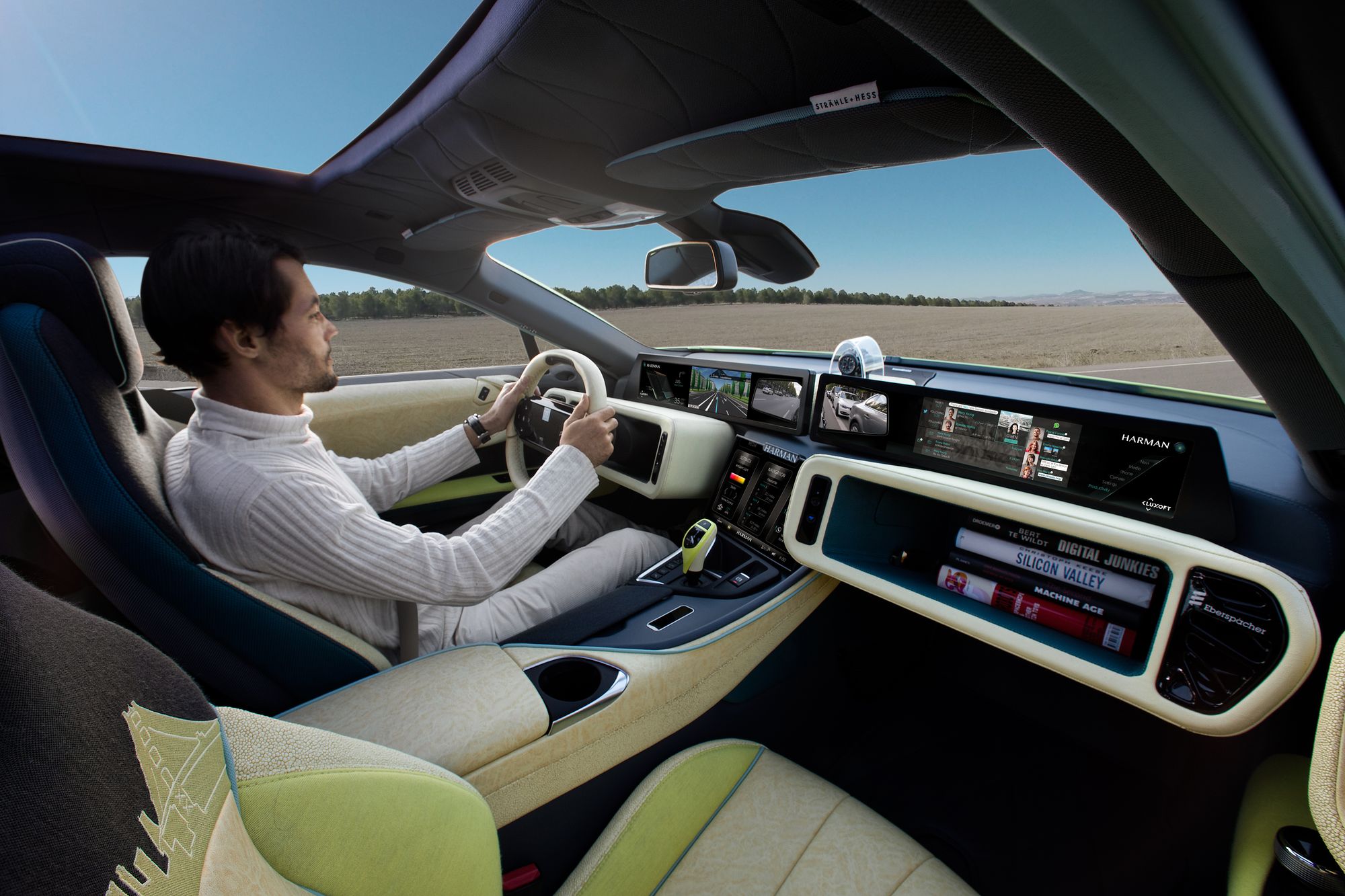 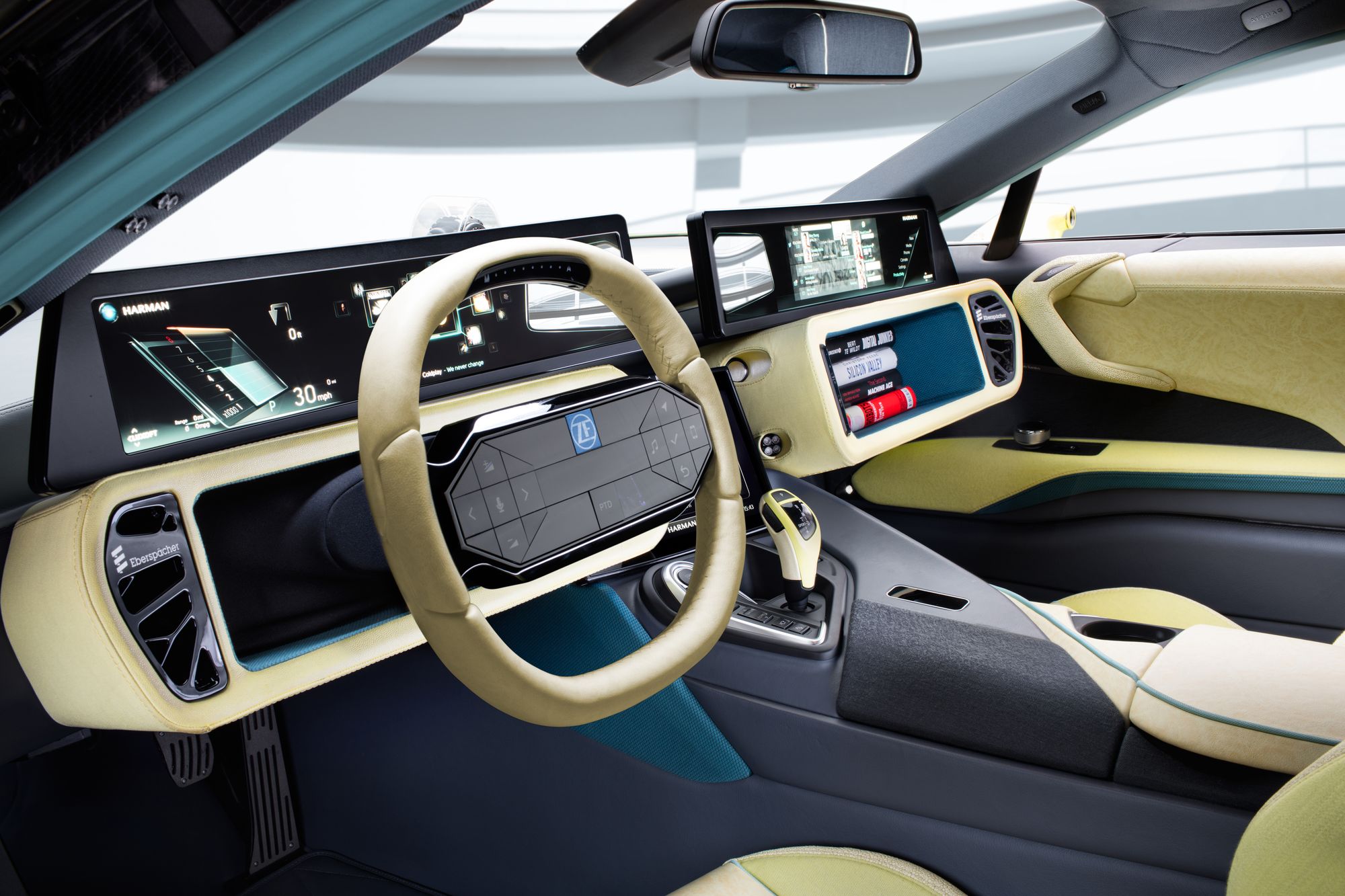 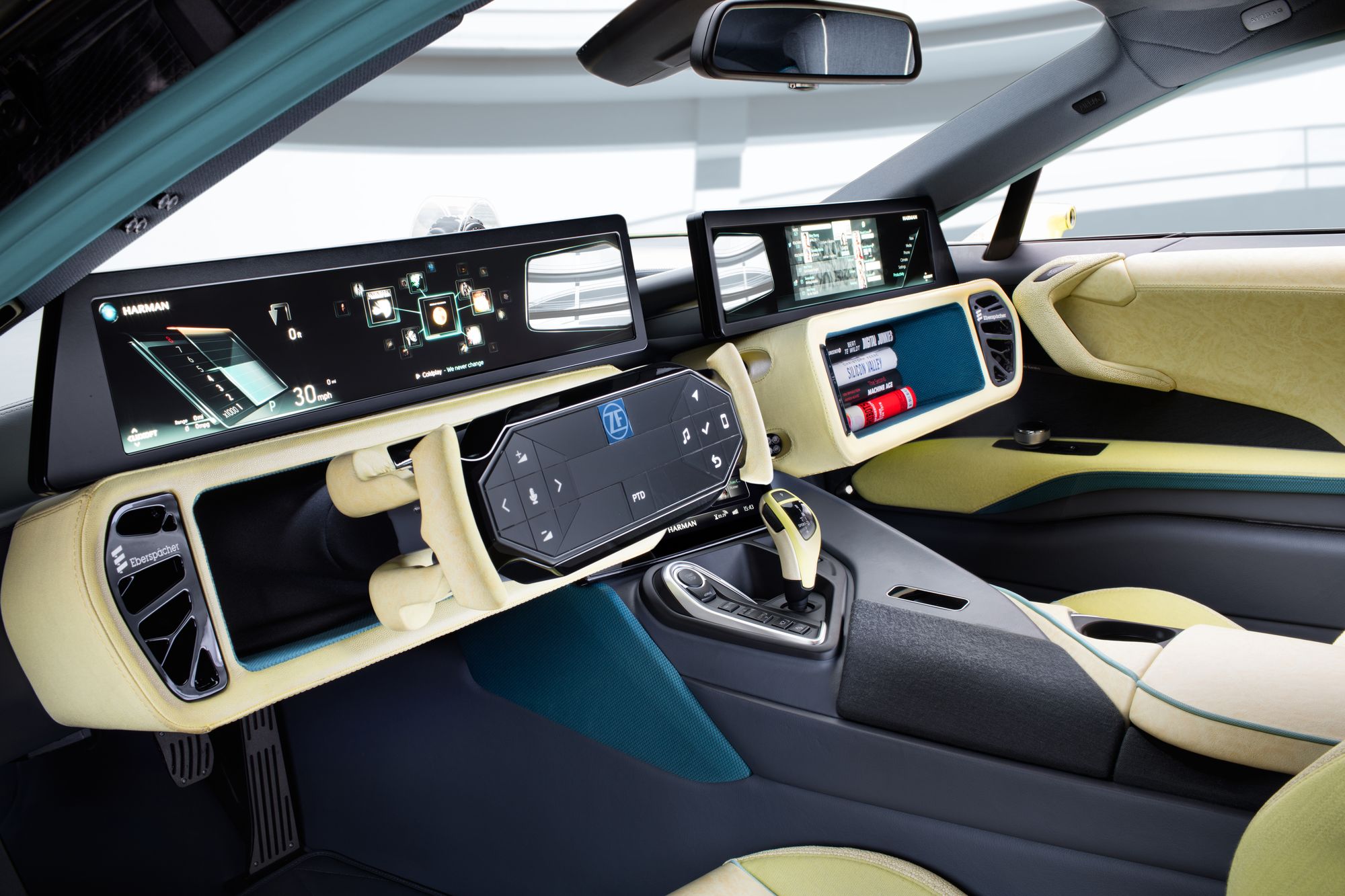