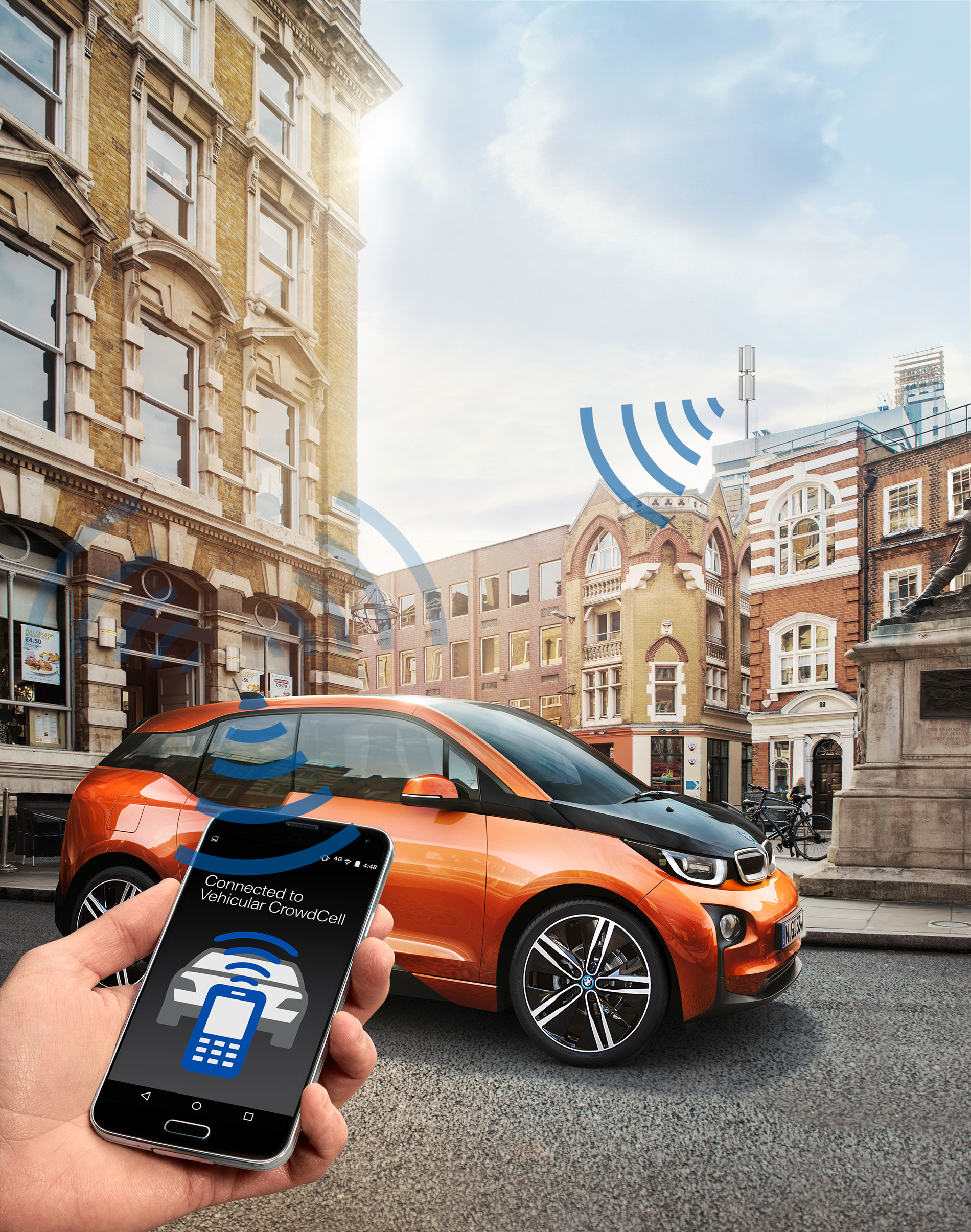 At this year’s Mobile World Congress in Barcelona (22 – 25 February 2016) – which stands alongside the IFA in Berlin as Europe’s most important mobile communications show – the BMW Group is unveiling the research project “Vehicular CrowdCell”. This project extends the concept of the “Vehicular Small Cell” presented last year in Barcelona. While the “Vehicular Small Cell” is a mobile femtocell that optimizes the mobile radio reception inside vehicles, it is now also capable to enhance the capacity and coverage of mobile radio networks. The BMW Group is teaming up with Peiker and Nash Technologies to present a prototype of the “Vehicular CrowdCell” integrated into a BMW research vehicle. 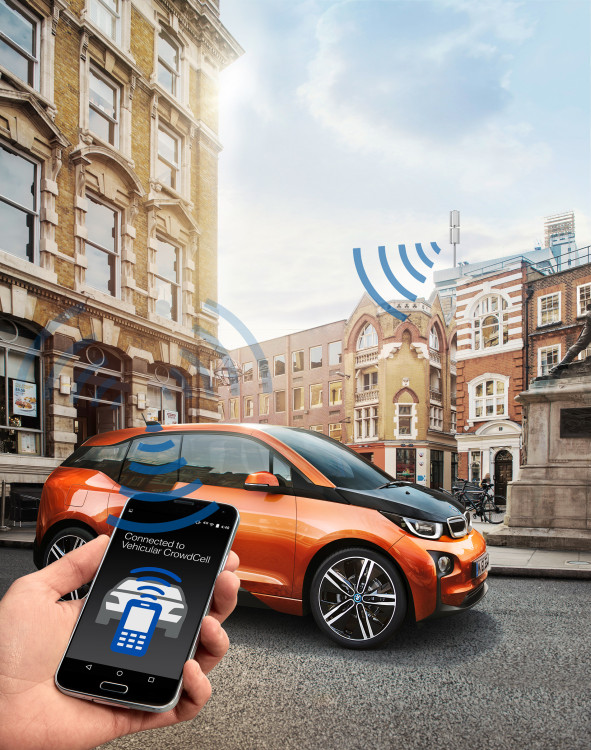 The rapid growth of mobile data traffic, e.g. due to the increasing use of multi-media services such as music or video streaming with mobile devices, requires even more powerful mobile radio networks in the future. One strategy to increase the capacity and coverage of future networks is the integration of a large number of small cells and relays in addition to the existing base stations.

In 2015 the BMW Group, together with its partners peiker and Nash Technologies, presented the world’s first mobile femtocell in a vehicle. The “Vehicular Small Cell” optimizes the reception available to mobile devices inside vehicles via the vehicle’s aerial. Now the concept has been extended to create the “Vehicular CrowdCell”. Based on data traffic and coverage demands, the mobile femtocells are dynamically activated to locally enhance mobile radio networks.
One possible application of “Vehicular CrowdCells” are car-sharing fleets – in particular with electric vehicles. Here, a large number of vehicles spread over cities and regions could serve as local radio relays when parked. If one or more users are located close to a mobile femtocell, it is activated on demand in order to increase the bandwidth or provide additional network coverage. In such a way, the performance of the existing network can be dynamically optimized. Benefits for mobile phone users in hotspots include a higher data rate and the absence of reception white spots – especially in areas where the signal coverage is low.

“The “Vehicular Small Cell” will optimize in-vehicle connectivity of mobile devices for our customers,” explains Dr. Peter Fertl, project manager at the BMW Group. “At the same time, the integration into a network of “Vehicular CrowdCells” will enable the ubiquitous and seamless availability of high-quality mobile radio connections outside the vehicle as well.”