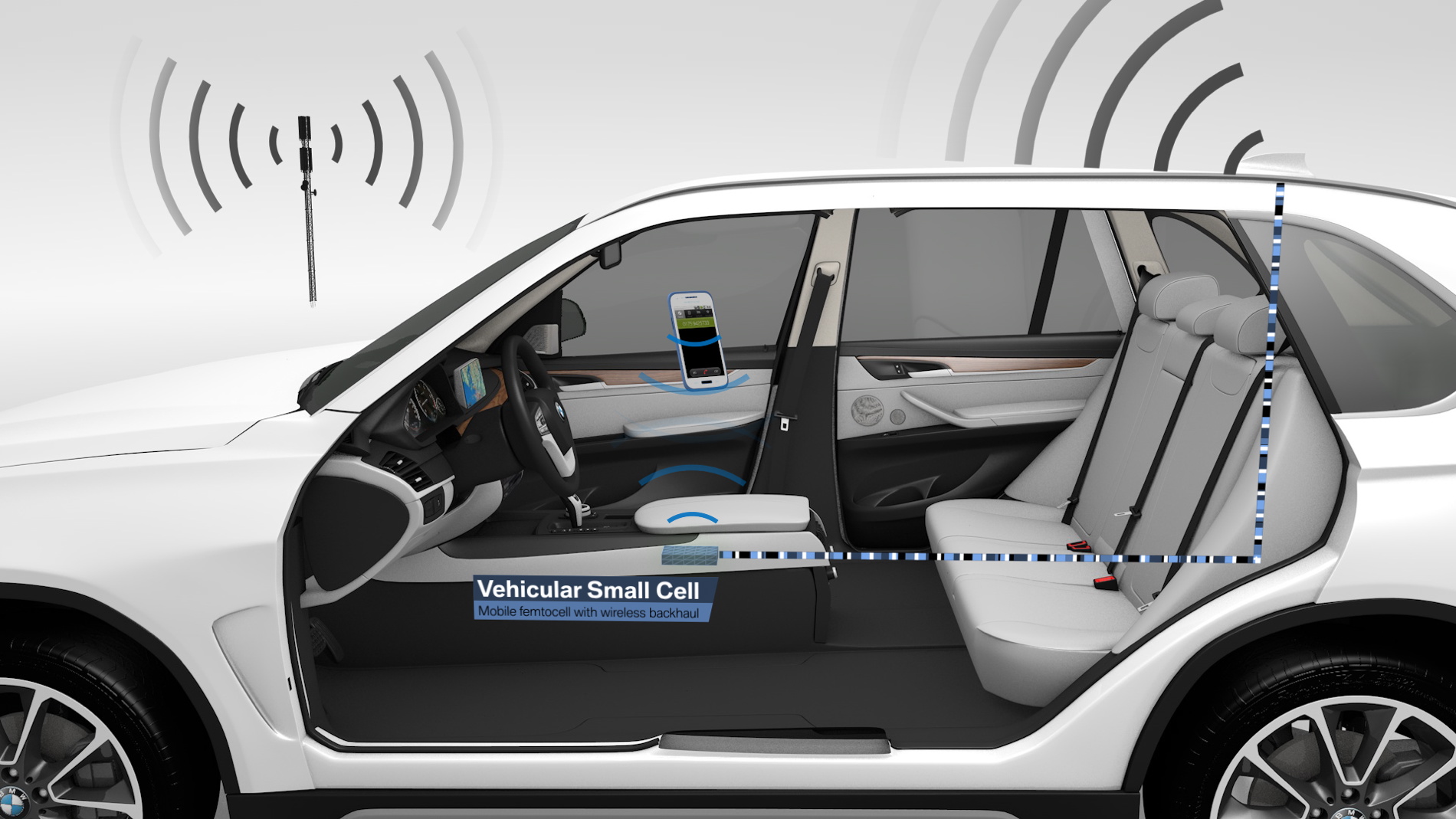 BMW, along with peiker acustic GmbH & Co. KG and Nash Technologies GmbH are going to be showcasing a new technology they’ve been working on, at the Mobile World Congress in Barcelona, Spain today through March 5th. This new project will be called “Vehicular Small Cell” and the idea is to increase mobile reception in vehicles.

Currently, the push for a more mobile technological world is increasing. With cell phones and smartwatches taking over people’s lives, automobiles have to adapt to become more receptive to these technologies. Current vehicle bodies give off a strong shielding effect to mobile devices, which can cause reception issues for some devices, especially in areas with poor signal. This can lead to dropped phone calls or certain apps, like navigation or music streaming, not working properly. So BMW is working to improve the reception in vehicles using what’s called a femtocell. 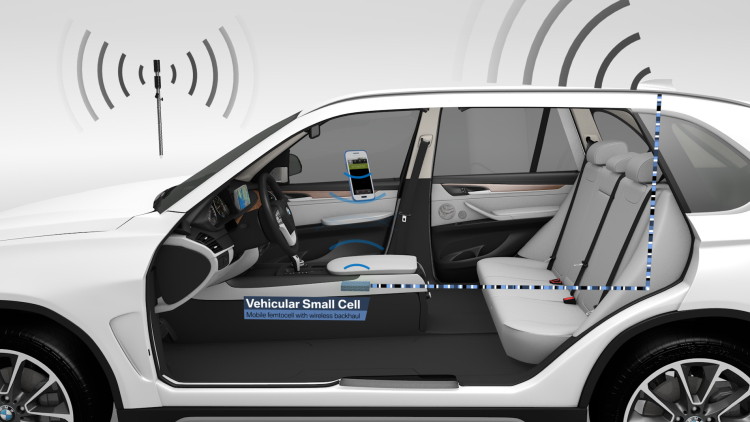 What a femtocell is, is basically a small cellular base station built into the vehicle which will use the vehicle aerial connection to provide much better reception to the mobile devices. It will also greatly reduce the electromagnetic radiation inside the vehicle.

The Vehicular Small Cell will automatically connect all mobile devices inside the vehicle, including smartwatches and other smart devices, to the vehicle aerial which will then send the signal out from there. This will reduce the amount of dropped phone calls and prevent the mobile navigation from losing signal. It will also allow for higher bit rates through the network, which will allow faster web surfing for passengers and faster navigation or music streaming for the driver. Another benefit, is because the femtocell is a low-power transmission, it will help preserve battery power on the mobile devices.

These are the little things we don’t think of when buying cars. Until now, I had never thought about how much electromagnetic radiation was inside my car. I didn’t even know there was any at all. With this new technology, it makes using any sort of mobile device much faster, more convenient and even a bit safer. Good on you, BMW.