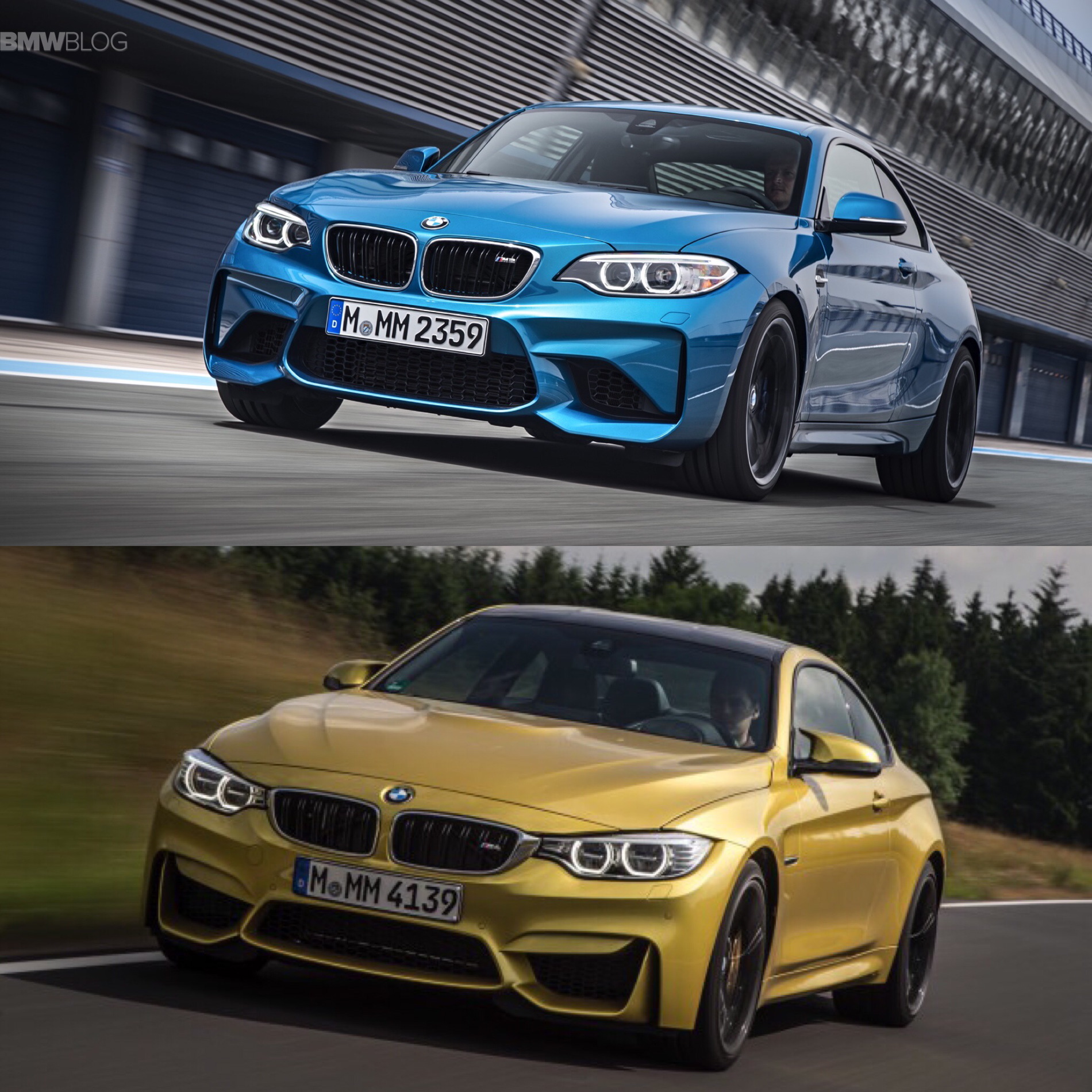 Now that the BMW M2 has been driven and tested by nearly everyone in the motoring world, we have a pretty good idea of what it’s like to drive and where it sits in BMWs lineup, in terms of what it offers. Before the M2, if you wanted the best-performing BMW M coupe, you had to get the BMW M4. It was just the pinnacle of BMW’s performance. However, there were many that felt it was too heavy, too big and not as sharp as previous M3s. For that reason, the BMW M2 was so hotly anticipated, as most fans felt as if it would be the answer to all of the problems they had with the M4. 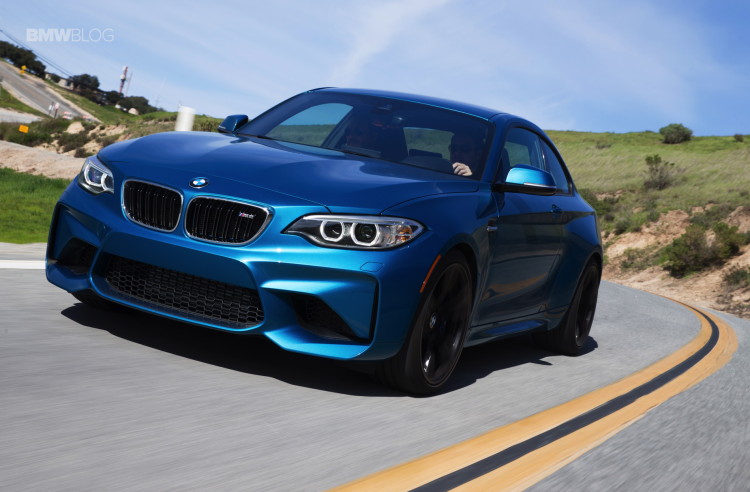 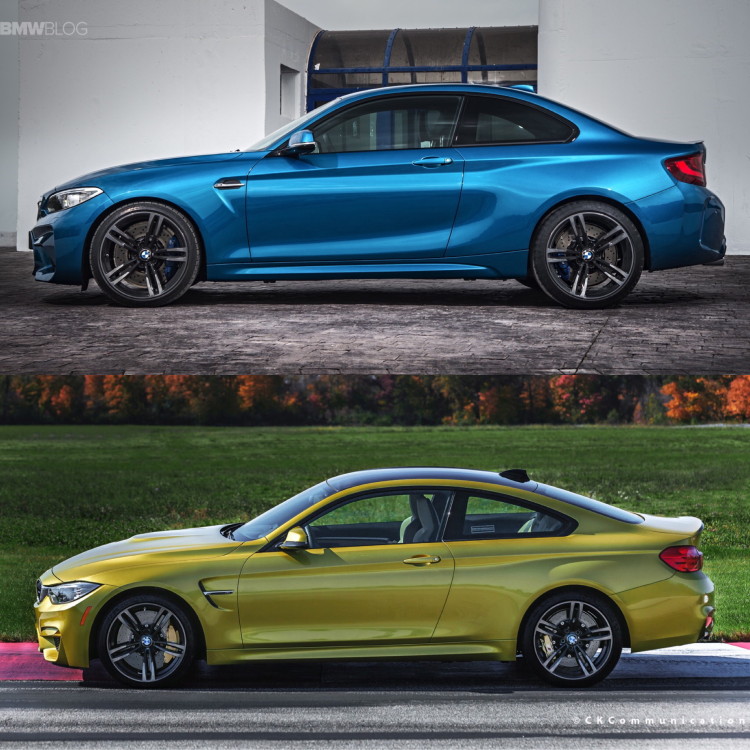 The BMW M2 and M4 share some similar DNA, but they’re pretty different cars. The brand-new BMW M2 is much smaller, has less power and is slower than the BMW M4. It’s also around $10,000 cheaper to start. But that isn’t to say that the BMW M2 is the poor man’s BMW M4, because it isn’t. The BMW M2 makes 365 hp and gets from 0-60 in about 4.3 seconds, so that’s nothing to laugh at. The M2 is for an entirely different customer, one that would choose the M2 over the M4, regardless of money. That type of customer that grew up loving compact sportscars and to whom the sheer driving experience is at the top of the preferences list. 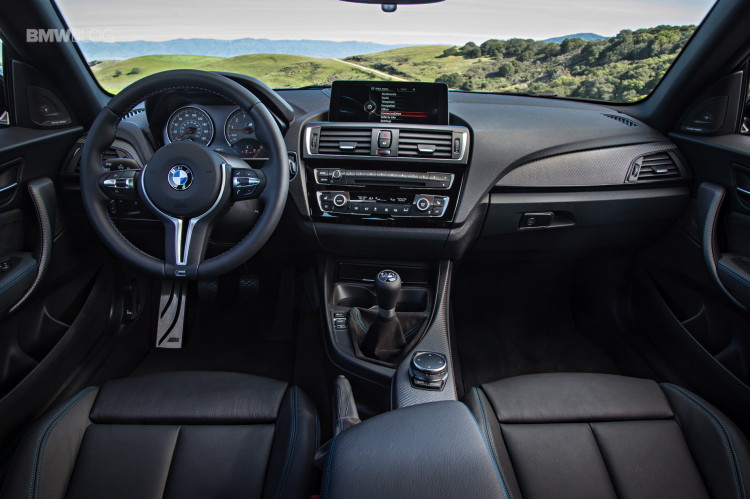 That’s because “smaller, less powerful and slower” doesn’t tell the whole story. The M2 might be all of those things, but it’s also lighter than the M4, by anywhere from 55 to 200 lbs – depends who you ask – and more nimble, making it more fun on winding roads. It has sharper steering and a more tossable chassis. The BMW M2 is the car for people who prefer the Ee46 M3 to the F82 M4. It’s the car that old-school BMW enthusiasts have been begging BMW for, for what seems like an eternity now. The BMW M2 isn’t going to be cross-shopped with the M4, as it’s a vastly different car with a different focus for different customers. The M2 is inherently compromised in the name of fun and dynamics, as its ride is more uncomfortable and its cabin more cramped than the M4’s, but it’s most certainly more entertaining. So the BMW M2 is built for customers who value fun and excitement over outright performance. The same people who bought an E46 M3 back in the day are the same people who will buy the BMW M2. 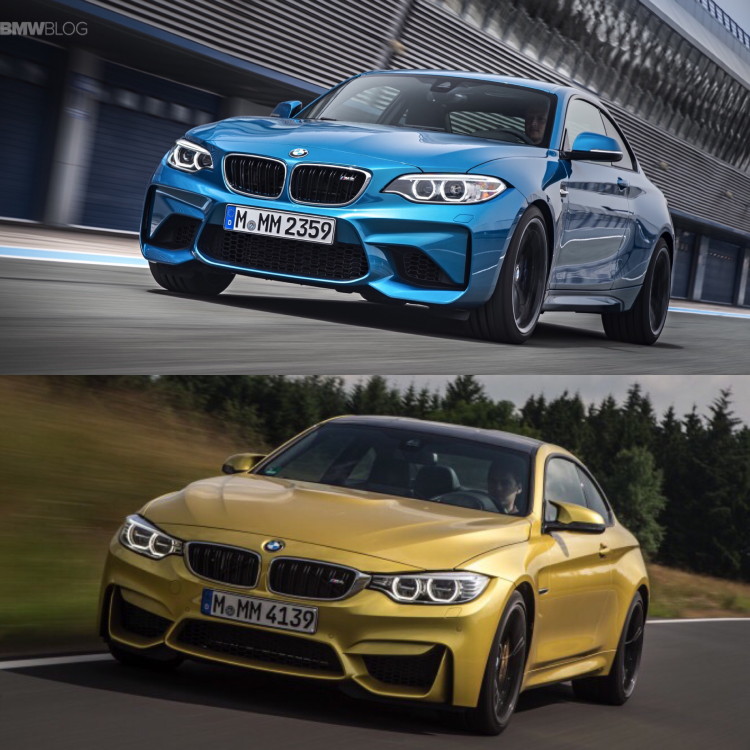 But that’s not to say that the BMW M4 is worse than the M2. It’s just different. The M4 is bigger and heavier, yes, but it’s still very fun to drive. But the BMW M4’s cabin is much roomier, allowing it to be more comfortable day-in and day-out. The wife is less likely to complain about the rough ride in the M4 as well, as it’s almost gained grand touring levels of comfort from its suspension. The M4 can eat up miles effortlessly, while the M2 is more at home with short, windy roads.

However, the BMW M4 isn’t boring. It’s also packing 425 hp and can get from 0-60 mph in around 3.9 seconds with a DCT gearbox. So, in terms of performance, the M4 crushes the M2, despite its weight disadvantage. The BMW M4 can also be a tire-shredding machine when it wants to, as its 420 lb-ft of torque are available super low down in the rev-range, allowing the M4 to roast its rears with the slightest prod of the accelerator. So the M4 can be just as maniacal as the M2. Maybe the M4 is a bit more disconnected than the M2, not giving its driver the genuine sense of feel and connection on the same level as its new younger brother. However, it’s still great fun to drive and delivers kick-ass performance, just in a bigger and more usable everyday package. Plus, it has a better badge and we all know that badges mean a lot to real world buyers. 4 is a bigger number than 2, so it’s better in the eyes of many. 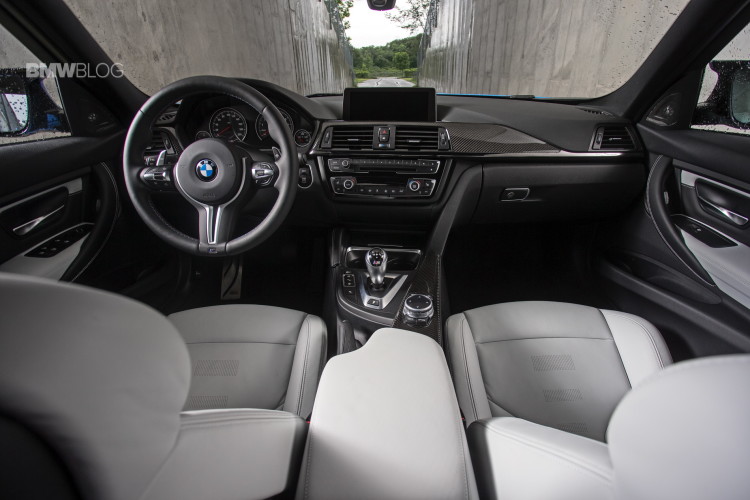 Both cars are tremendous, they really are, and they aren’t really going to be cross-shopped much. Each car is targeting for its own specific customer base and will do just fine. The appearance of the BMW M2 won’t hurt the BMW M4, in terms of sales, in the slightest. The M4 has its own customers and the M2 will have its own as well. So if you’re the kind of person who values grin-inducing fun over raw performance and are willing to sacrifice a bit of comfort and usability for it, then the BMW M2 is the car for you. If you’re the kind of person who wants to get the best performance car in its class but is willing to compromise a bit of that feel and connection for more everyday usability, than the BMW M4 is for you. Or, if you’re both crazy and brilliant at the same time, you buy both.