Should BMW Bring Back a Cruiser?

Home » Motorrad » Should BMW Bring Back a Cruiser?

From the year 1997 to 2004, BMW Motorrad produced a cruiser called the R 1200 C. For a shorter period of time, the company also made an R 850 C. There was also a CL model which had more fairings, placing more emphasis on its usability for touring. However, these vehicles had no successor. With the popularity of cruisers, particularly among the growing American market, should BMW bring back a cruiser to its plethora of offerings?

One of the reasons why BMW didn’t replace its cruisers at the time was that its engines were too small for the segment. The trend in the segment at the time was an engine displacement exceeding 1400cc. However, Dr. Herbert Diess, then President of BMW Motorrad, said at the time, “This does not mean that we are turning away from the cruising philosophy with BMW motorcycles once and for all. On the contrary, it would be quite conceivable for us to re-interpret this theme.” Yet, to this day, the closest thing we’ve seen to a new cruiser from the Bavarians was the Concept 101. 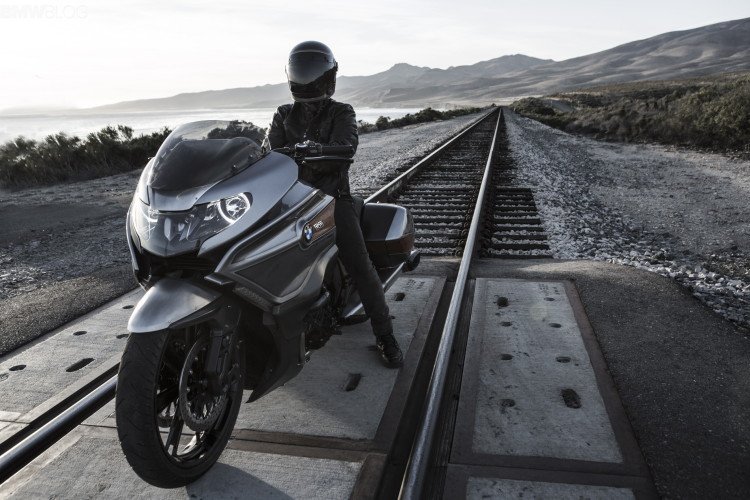 The cruisers, the 1200 and 850 combined, sold quite well for the company with more than 40,000 units finding homes. Still, the cruisers were, at the time, considered to be outside of BMW’s proverbial wheelhouse, having been quite different from the company’s previous products. Product placement in the 1997 James Bond film Tomorrow Never Dies, helped to bring attention to BMW’s new vehicle, a strategy which is still implemented today.

Though, based upon the the Concept 101, it appears that the company is considering reintroducing a cruiser to its lineup, the 101 wasn’t a typical cruiser. Often referred to as ‘the Bavarian bagger,’ the 101 was also quite an opulent machine based on the materials utilized on it. However, if it were to become a production model, one thing that would likely remain would be its 1,649cc power plant. The concept utilized the same engine which powers the K 1600 GT and GTL tourers.

As BMW looks to reach its target of 200,000 units per annum by 2020, it cannot ignore the massive commercial opportunity which a cruiser offers. With that being said, with brands like Harley-Davidson largely dominating this segment, trying to re-enter the market after such a long hiatus could prove to be a difficult task. Yet, one of BMW Motorrad’s competitors is also entering the premium cruiser segment with its XDiavel. Hopefully, BMW won’t wait too much longer before introducing a premium cruiser of its own.

3 responses to “Should BMW Bring Back a Cruiser?”