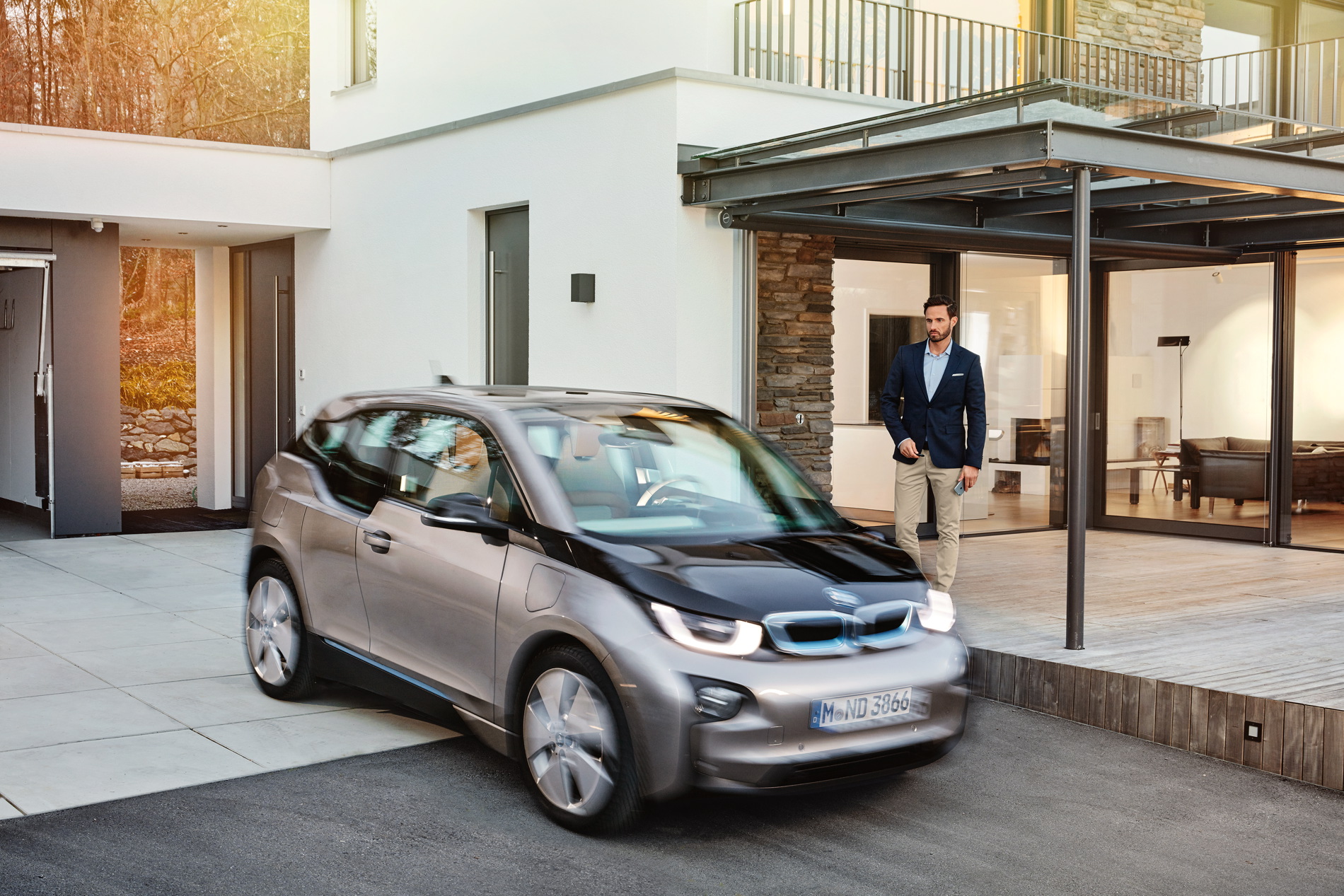 Imagine a world where you wake up in the morning, finish your morning routine and grab your BMW keys to head out to work. But when you open your front door, your electric BMW is already there waiting for you, already turned on with the climate control set just right and the navigation system set for your destination already. You get in and drive into traffic. Once into the normal traffic grind, the BMW takes over and drives itself until you’re out of traffic and then you take over to finish driving to work. Once there, you drop yourself off at the front door and prompt the BMW to go park itself and it does so, like a faithful dog. Once work is over, you leave the front door to have your BMW patiently awaiting you at curbside and you repeat the process in reverse all the way home.

Sounds weird, right, having a car that’s part automobile and part companion? Well, that’s the kind of future that BMW is shooting for. It’s scary, yet fascinating. We saw a lot of new technology at the most recent CES (Consumer Electronics Show) and it’s technology that BMW plans on implementing in a future that’s nearer than we think. So what will a BMW be like in this future? 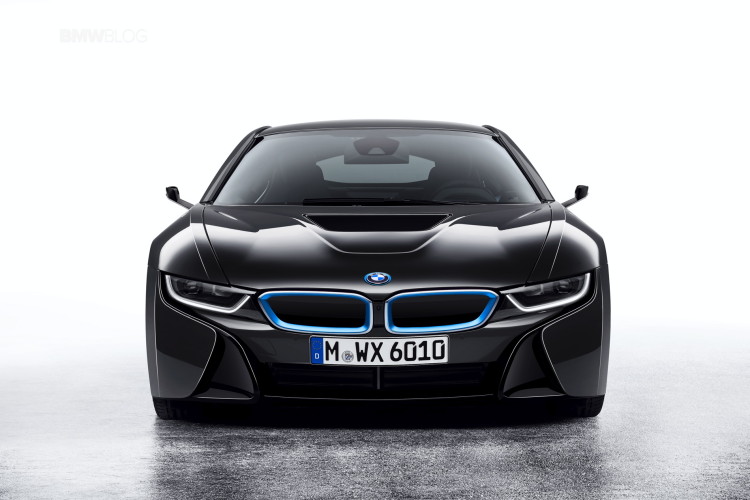 A lot of the above-mentioned scenario will be part of BMW ownership in the future. BMW is working heavily on many autonomous functions, not only for driving but for connecting our cars with our lives, as well. Future BMWs could have cameras for mirrors, displaying the images on screens inside the cabin and even touch sensitive trim pieces on the inside which could allow passengers to virtually “pass” information to the driver’s screen. They could have autonomous functions that could allow the BMW to drive itself in any situation needed, as well as being able to learn and understand its owners life and adjust itself accordingly.

For instance, in BMW’s Internet of Things display at the 2016 CES, the owner’s BMW i3 understood its owners schedule and destination, readying itself to its owners entry as soon as they picked up the key. This interconnectivity is designed to help BMW owners make their lives easier and it’s run by having multiple smart objects throughout one’s home, objects like a Smart Mirror.

In terms of autonomous driving, BMW wants its vehicles to have the capability to take over for the driver in almost any circumstance, but not to replace the driver completely. The idea is to have the car be capable of driving itself in situations where the driver would rather not, such as heavy traffic or maybe a dull commute down a motorway. But these BMWs would be able to allow the driver to take over during a windy stretch of road and still be fun and engaging to drive. Cars like the BMW i8 would be perfect cars to display this sort of technology, because it shows that advanced tech and hybrid mobility can still be engaging and fun. 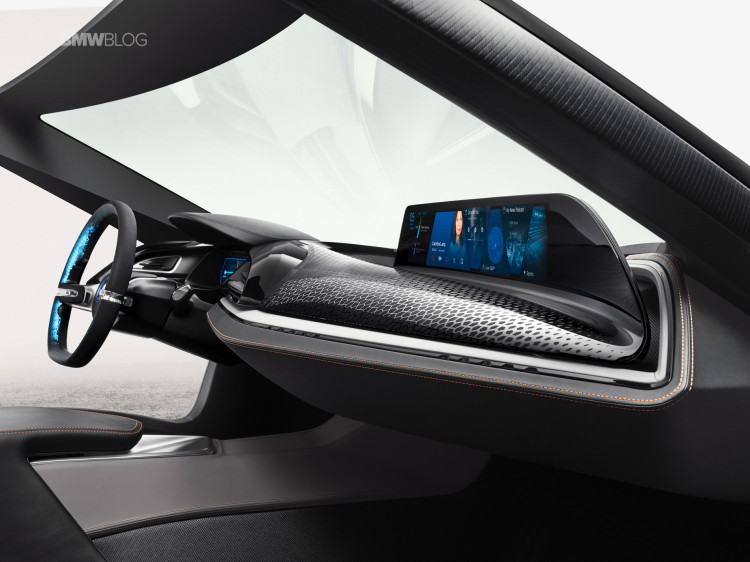 BMW is also working on inductive charging technology, allowing future electric BMW owners to be able to charge their vehicles wirelessly, simply by parking over a changing plate places in the owner’s garage. This would allow these future BMWs to park themselves in owners’ garages, as well as leave the garage and ready themselves for the owner on their own, autonomously. BMW would also like to implement a sort of swappable battery pack that could be used in a variety of different circumstances, such as on a track where the battery of a sports car could deplete very quickly.

This future of connected, autonomous and electric vehicles is coming and BMW seems to be way out in front of the pack, trying to create a seamless and cohesive interconnected world. The idea that a future BMW, even a BMW sports car, could be fully electric, partially autonomous, interconnected with every other smart object in its owners life is actually quite exciting in a way that we’re not used to. 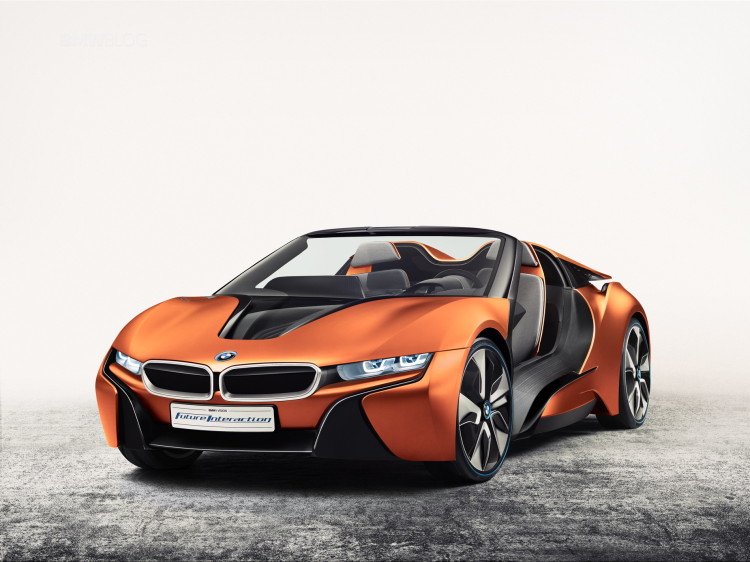 Many mock BMW’s vision for the future but calling it things like “The Ultimate Autonomy Machine”, as they feel as if BMW is losing sight of what made it great all these years. However, if a BMW of the future can still provide fun, dynamic and exciting driving along with the ability to drive itself through bad traffic or boring highway commutes as well as prepare itself for its owner and park itself, that would be the epitome of the Ultimate Driving Machine. If this is what our BMWs are going to be like in the future, then the future looks bright.